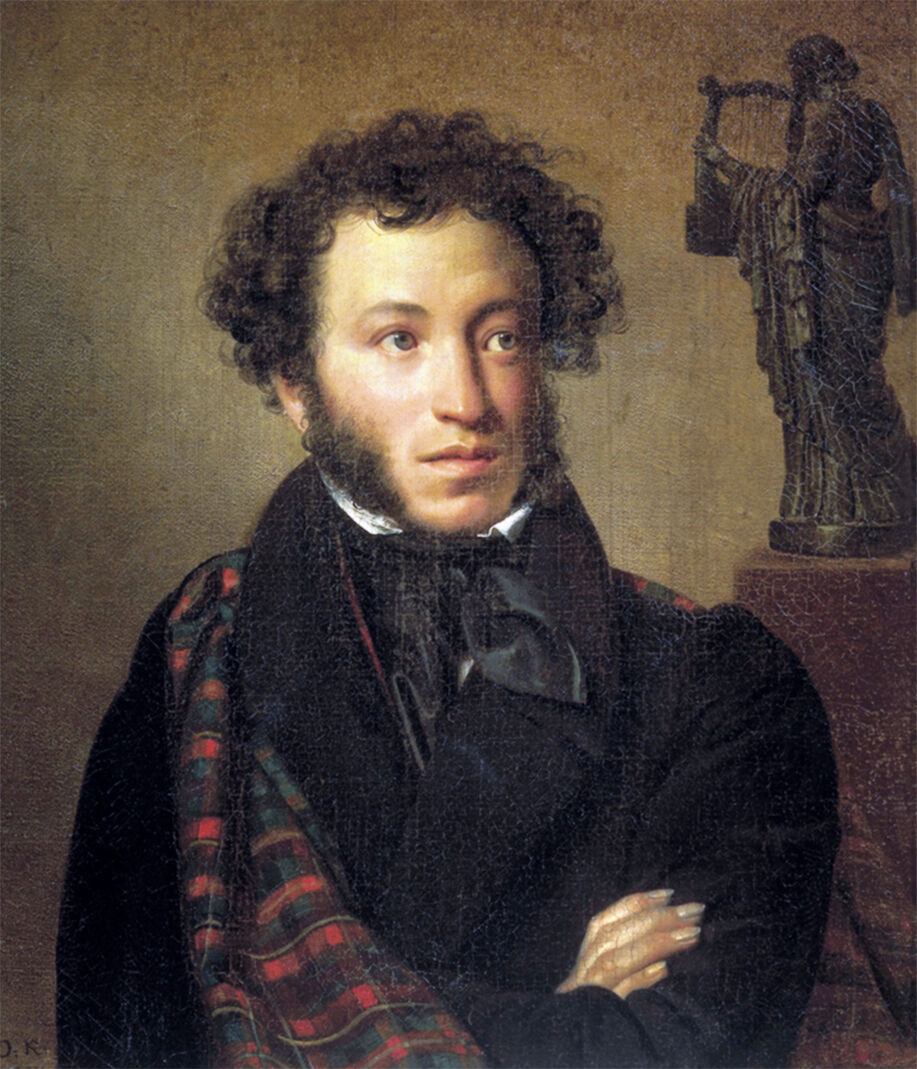 An 1827 portrait of Aleksandr Pushkin 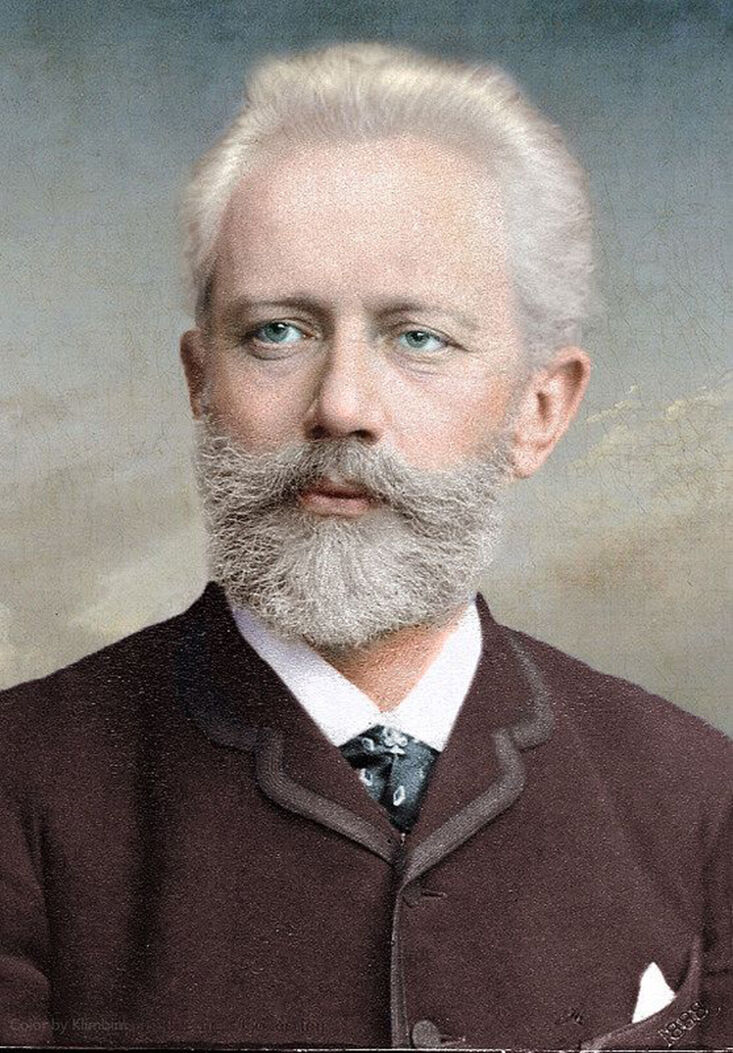 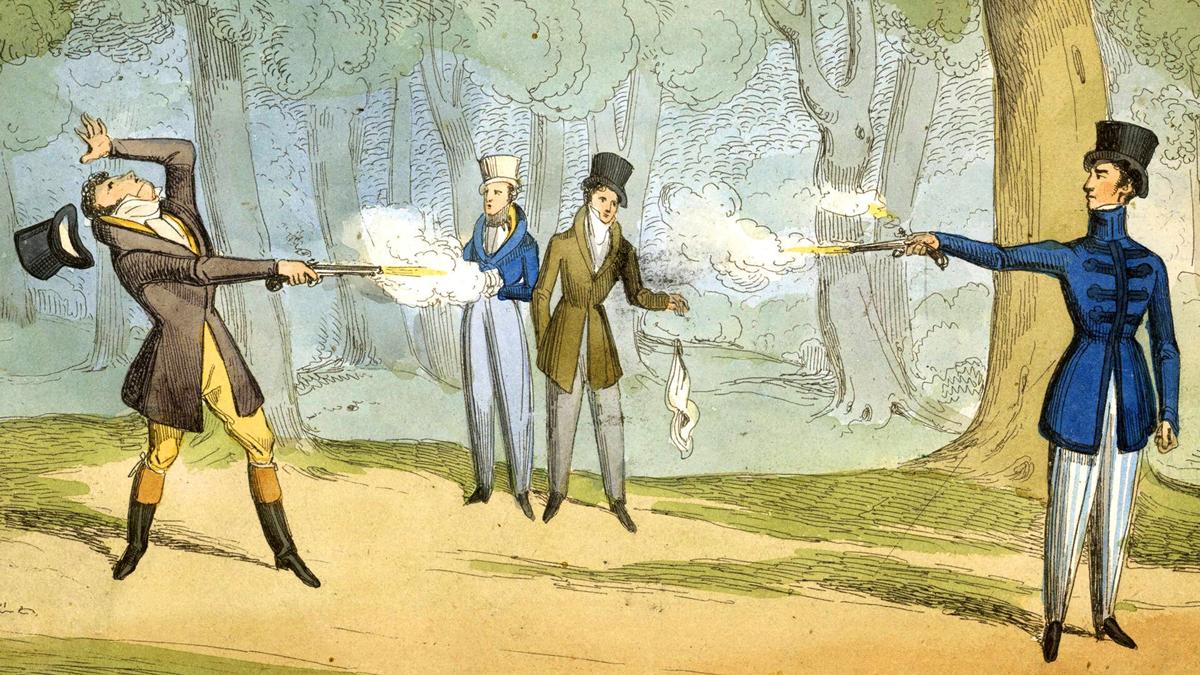 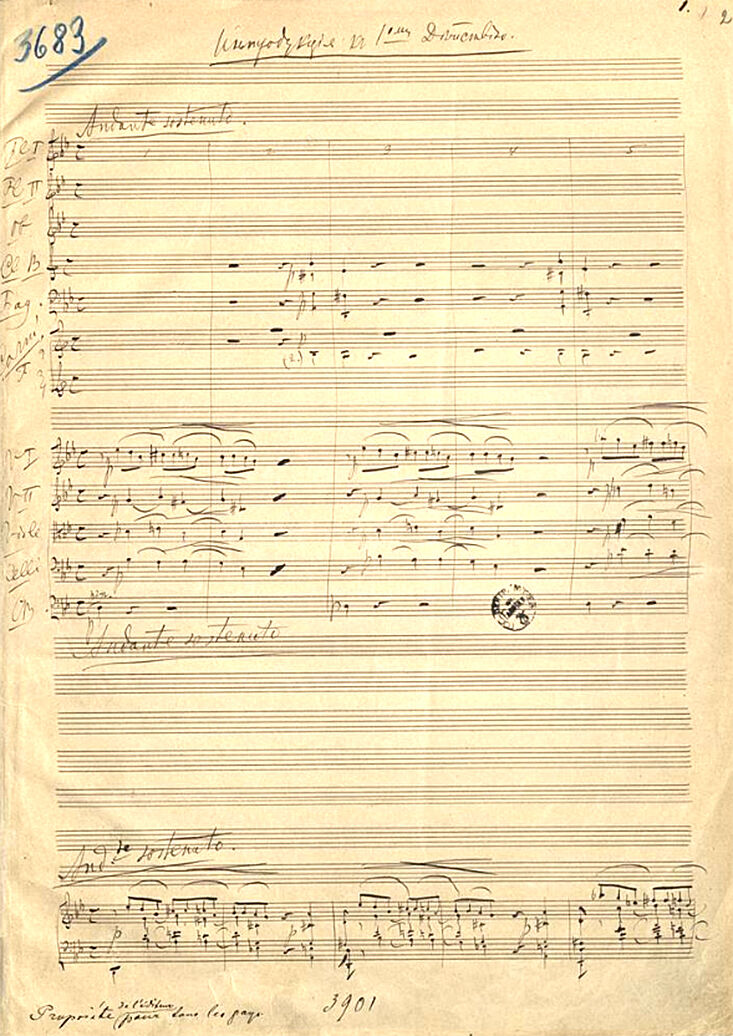 An 1827 portrait of Aleksandr Pushkin

Eugene Onegin, an aristocrat from St. Petersburg, now owner of a country estate

Vladimir Lensky, a poet, his neighbor, and a childhood friend

Lensky takes Onegin to meet the Larin family, including his fiancée Olga. Her older sister Tatyana immediately falls in love with Onegin and sends him a letter declaring her passion. He tells her that he cannot reciprocate her attraction. Later, at a Larin family party, Onegin flirts with Olga so blatantly that Lensky eventually challenges him to a duel. It takes place the next morning and ends in Lensky’s death. Several years later, Onegin attends a ball at the St. Petersburg home of Prince Gremin, whose wife, he soon discovers, is Tatyana, now a self-assured woman. He is overwhelmed by his long-suppressed emotions and sends her a letter declaring his love. Tatyana admits that she still loves him but is not willing to leave Gremin.

During his short lifetime, Aleksandr Sergeyevich Pushkin accomplished something no one else had or has since: He created an entire national literary language. Russian was spoken and written in many different dialects until a movement began to standardize it during the 18th century. (The first Russian grammar book appeared in 1783.) Between 1820 and 1837, Pushkin wrote masterpieces in an extraordinarily wide range of genres and styles, creating a body of work that significantly influenced Ivan Turgenev, Leo Tolstoy, and Nikolai Gogol, among many others.

His verse novel Eugene Onegin was published in 1833. Pushkin’s influence on opera was almost as profound as it was on literature. Mikhail Glinka’s Ruslan and Lyudmila, Tchaikovsky’s The Queen of Spades, Modest Mussorgsky’s Boris Godunov, and Nikolai Rimsky-Korsakov’s Mozart and Salieri, Tale of Tsar Saltan, and The Golden Cockerel are all based on his work.

The first Russian to earn a living as a composer, Tchaikovsky occupied a somewhat awkward position between two musical worlds. Within late 19th-

century Russia, the influential “Big Five” composers (Mily Balakirev, Alexander Borodin, César Cui, Mussorgsky, and Rimsky-Korsakov) viewed him as too much influenced by Western classical models, and therefore insufficiently Russian. The Western music world, on the other hand, saw him as a technically unsophisticated composer capable only of blatantly emotional pieces.

Tchaikovsky’s music certainly reflected the Western orientation of his training, but the image of him as a sentimental hack was far from correct, as Eugene Onegin amply demonstrates. Its major influences are Mozart (the orchestration for Onegin is barely larger than that for The Magic Flute), Italian bel canto vocal writing, and Georges Bizet, whose Carmen he saw in 1876 and which he admired for the freshness of its musical invention and its depiction of everyday characters.

Opera occupied more of Tchaikovsky’s compositional time than any other genre, although he frequently encountered difficulties in finding viable subjects and librettos. The idea of a work based on Pushkin’s celebrated verse novel, one of the bedrock documents of Russian literature, came from a chance suggestion by a singer friend in May 1877. His first reaction was that the idea was crazy; then he found a copy of the play, stayed up all night reading it, and by morning had drafted a first scenario.

Tchaikovsky and an artistically minded friend named Konstantin Shilovsky created the opera’s text, retaining as much of Pushkin’s language as possible. The composer had already considered using the text from the scene in which Tatyana pens a love letter to Onegin as the subject for a concert piece, and he started work on the opera by tackling this crucial passage. Writing to a text unchanged from the poem, he created a magnificent 12-minute dramatic soliloquy for soprano.

Around the same time, in an astonishing life-

imitates-art event, Tchaikovsky received love letters from a former student, Antonina Miliukova, who was nine years younger than he. For reasons still not entirely understood, Tchaikovsky, who was gay, quickly proposed marriage, obliquely suggesting it would be a chaste relationship. They were wed in July, with Miliukova never understanding or accepting the idea it would be a sexless union. The couple separated after a brief honeymoon but never divorced, and their fractious relationship led Tchaikovsky to a peripatetic existence for several years. Consequently, Eugene Onegin was composed in Italy, France, and Switzerland, as well as Russia.

Dueling in Russia reached its apex during the first half of the 19th century, and it was governed by complex, ritualistic protocols. It was also a capital offense (duels took place in the early morning, so there would be no witnesses) but prosecutions for dueling were rare. The actual shooting could be conducted in one of several manners. The most dangerous was the scarf duel, in which the duelists clutched either end of a scarf and shot at each other. Duels at greater distance were less likely to kill or even wound the combatants, as the pistols of the time weren’t very accurate.

Dueling protocols limited the parties to aristocratic peers; their seconds had to be personal confidants, and many duels ended with an apology negotiated by the seconds. In the opera, Onegin sends his servant as his second, which is an insult to Lensky and virtually ensures that no last-minute apology can be arranged. Pushkin participated in at least 20 duels, perhaps close to 30. Most were settled with an apology but five or six led to actual gunfire. In a tragic irony worthy of his own Eugene Onegin, he died at age 37 from an injury sustained in a duel.

Eugene Onegin had a more melodramatic ending when it was intially performed than the one we see today. Instead of Tatyana exiting and Onegin being left alone onstage, Prince Gremin suddenly arrived to catch the two of them in a passionate embrace. His younger brother Anatoly convinced the composer to change the ending to something closer to Pushkin’s original, in large measure due to a famous speech by author Fyodor Dostoyevsky at the unveiling of a Pushkin monument in Moscow in 1880. Dostoyevsky hailed Tatyana as the “apotheosis of Russian womanhood” and asserted that it could never even have so much as crossed her mind to betray her husband and run away with Onegin, as she was incapable of founding her happiness on the misfortune of someone else.

The New York World said the following of Prince Gremin in its review of the opera’s 1920 U.S. stage premiere at the Metropolitan Opera: “You can’t really feel interested in a man whose wife is faithful to him. On general principles there is something wrong with him, at least in opera.” ◀

ALSO AT THE OPERA

‘The Lord of Cries:’ An uneven first act redeemed by the final curtain

A Greek tragedy and a Gothic novel that were both considered so horrifying they should be read only by those with the strongest constitutions underlie the Santa Fe Opera’s 17th world premiere, The Lord of Cries which opened Saturday.

Composed by John Corigliano with a libretto by Mark Adamo, Cries dwells on the dangers that result from the repression of our darkest desires, told through a plot that combines elements of Bram Stoker’s Dracula with Euripides’ The Bacchae. It takes some time for the opera to find firm dramatic footing in Act I; the second act works much better.

The Marriage of Figaro offers sterling performances, but, ultimately, it’s a mixed bag

Considered one of the greatest operas by one of opera’s greatest composers, its deliciously complex plot centers on the impending marriage of two servants, Figaro and Susanna, and the several threats to its successful execution.

The Santa Fe Opera production (was a mixed bag. A fine young cast and impressive orchestra were badly served by a promising scenic concept gone astray. Designer Chantal Thomas’ set is dominated by a large turntable that looks like the face of a pocket watch; it rotates to reveal several different interior settings, powered by a set of large gears visible on stage left.

To read more of Mark Tiarks’ reviews, go to pasatiempomagazine.com.

A profound sense of nostalgia is a recurring aspect of Russian culture. Such is the case with Tchaikovsky's Eugene Onegin.