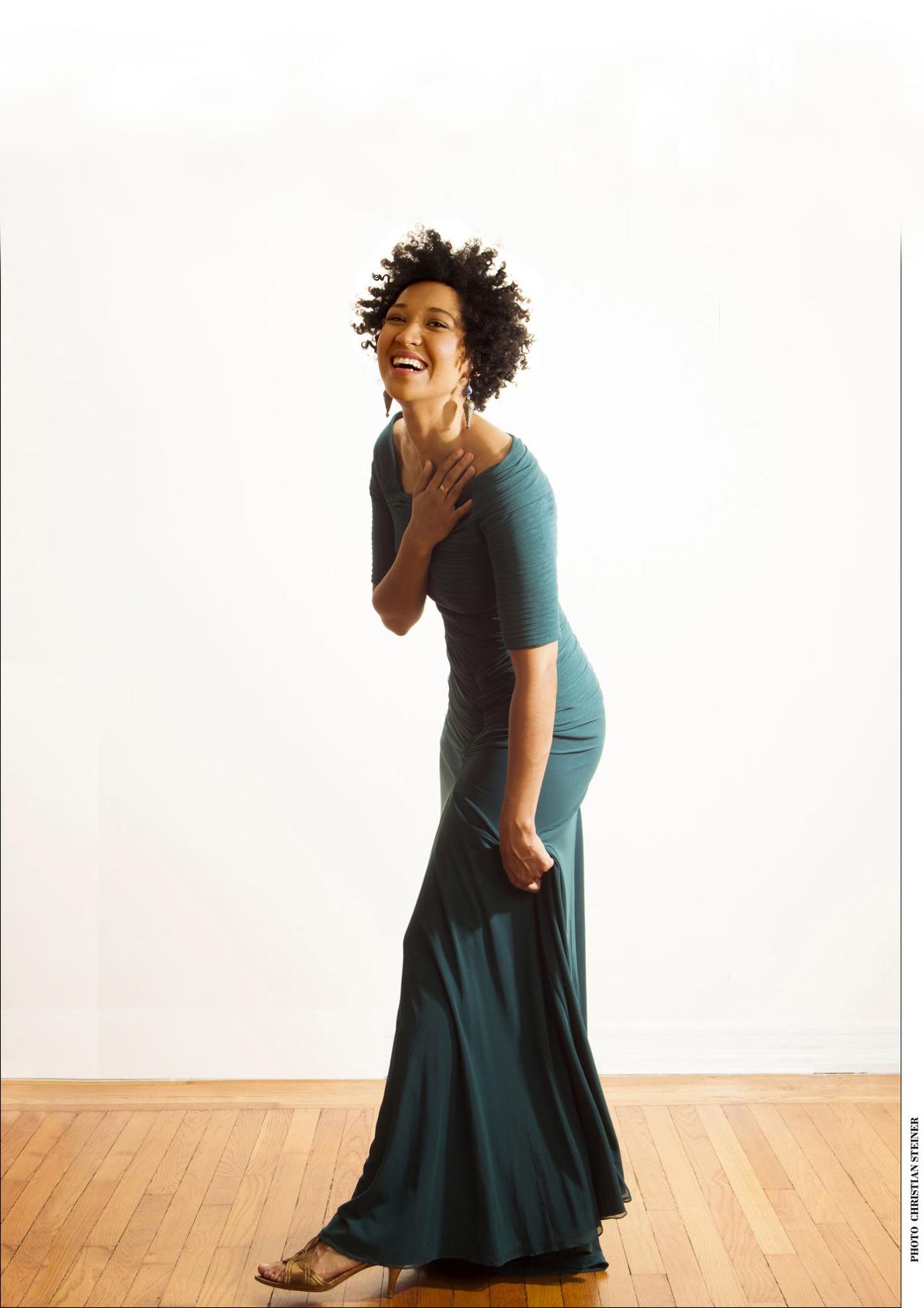 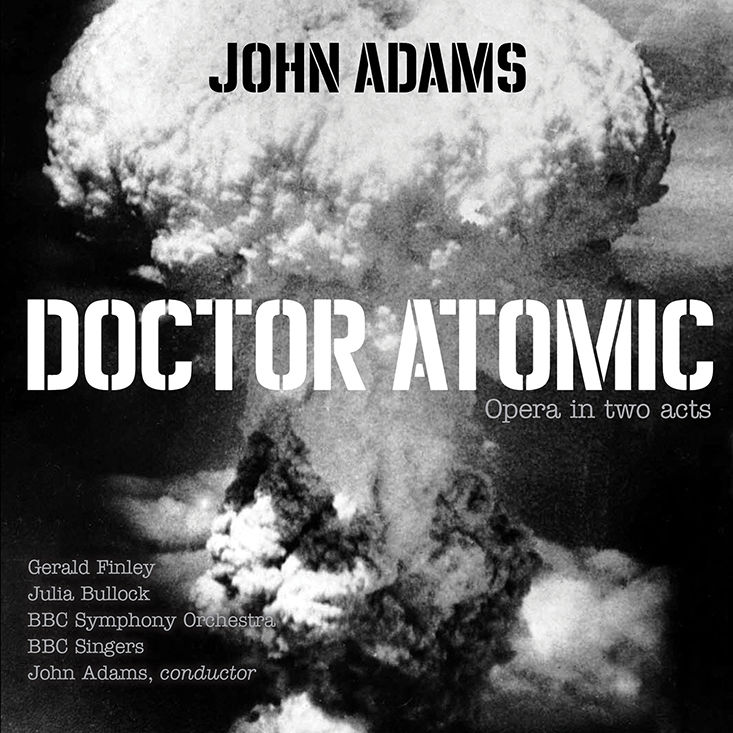 Over the past few years, soprano Julia Bullock has become John Adams’ go-to singer. “She’s become my muse,” the composer said. “I met her, she sang for me, and I was blown away.”

Bullock sings the role of Kitty Oppenheimer — the wife of nuclear physicist J. Robert Oppenheimer — in Santa Fe Opera’s production of Doctor Atomic. Last year, Adams handpicked her to sing that same key role when he conducted the BBC Symphony Orchestra for the opera’s first recording on CD. Just issued on the Nonesuch label, it arrives 13 years after Doctor Atomic premiered at the San Francisco Opera in 2005.

And it seems that Adams has waited 13 years for the definitive Kitty to emerge. “The thing about Julia is she’s incredibly smart,” he said. “You don’t have to tell her anything, because she just goes into the character. We recorded Doctor Atomic in London, and I never had to do any coaching. I mean, she just walked in and made that role into something I never thought it could be.”

Kitty Oppenheimer is a complicated character: quick-witted, angry, alcoholic, and lonely. Adams gives her a big aria in the first act. It is a setting of poet Muriel Rukeyser’s “Three Sides of a Coin”: “Am I in your light? No, go on reading,” Kitty sings, trying to distract her cerebral husband, who can’t stop thinking about nuclear fission and Manhattan Project politics. Sung by Bullock on the new recording, this amorous music grows long-lined and intoxicating. She has a way of drawing in the listener with her opulent voice, turning a song into an intimate world.

She met Adams in 2014 at an audition in New York: “I sang for him for about 30 minutes — everything from Messiaen to Oscar Brown, and then we chatted a bit,” Bullock said in an interview last fall. “And within the next week, John asked if I would be interested in singing (his opera-oratorio) El Niño with the Los Angeles Philharmonic … and if I would like to record Doctor Atomic with the BBC Symphony, and also if I would like to be in his new opera,” titled Girls of the Golden West, which premiered in November 2017 in San Francisco with Bullock cast as Dame Shirley, the female lead.

Success has come swiftly to Bullock, thirty-one, who was studying at Juilliard when she made her 2013 debut with Michael Tilson Thomas and the San Francisco Symphony. She has since sung with Simon Rattle and the London Symphony Orchestra, with Marin Alsop and the Baltimore Symphony Orchestra, with Andris Nelsons and the Boston Symphony Orchestra. At the Ojai Music Festival in 2016, she sang a program of Josephine Baker songs, newly arranged by composer and jazz drummer Tyshawn Sorey, then took the same program to Lincoln Center.

Working with Adams and Sellars has been formative for her. “I think my learning curve has had to be high, just because of the people I’m working with,” she said. “The vocal demands that John puts on his singers are really high, but it actually has encouraged me to not fret about my voice so much, to just kind of lay out the material in a very clear and direct way so it becomes about the storytelling. I don’t think John knows the positive impact that singing his music has had on me.”

Amid the intricate and fast-shifting textures of his scores, she said, it’s possible for a singer to lose her way. “It’s so strange; when the music becomes all crystalline, it’s truly some of the most beautiful lyrical material you’ve ever heard. I think with Doctor Atomic, John taught me to sing coloratura really well, because it has the most difficult melismatic material,” she said, meaning that a single syllable can extend through many notes, often rapidly articulated. “I don’t have time to hesitate. It’s just all sort of unfurling and whorling into the next phrase.”

Adams originally composed the role of Kitty Oppenheimer for mezzo-soprano Lorraine Hunt Lieberson, a Santa Fean, who became ill and was unable to join the San Francisco production. (She died in Santa Fe in 2006.) “Lorraine was this incredible high mezzo, but she called me and she said she just couldn’t do it,” Adams remembered. He is a tinkerer — he revises many of his works after their premieres — and with Doctor Atomic, it was Kitty’s role with which he tinkered the most. He changed it from a mezzo role to a soprano role. At one point, he added material, hoping to convince actress-singer Audra McDonald to take on the role: “I wrote a new section for her in the countdown and then she decided she didn’t have time to do it, anyway!”

He wants to be clear — he admires all the singers who have sung the role over the years. They have included mezzo-soprano Sasha Cooke, soprano Jessica Rivera, and the late mezzo-soprano Kristine Jepson, all superb performers.

But clearly, something has clicked with Bullock. “If you live long enough,” he said, “somebody comes along and does a piece of yours, and you think, ‘Oh, wow, I didn’t realize that was possible.’ ” ◀