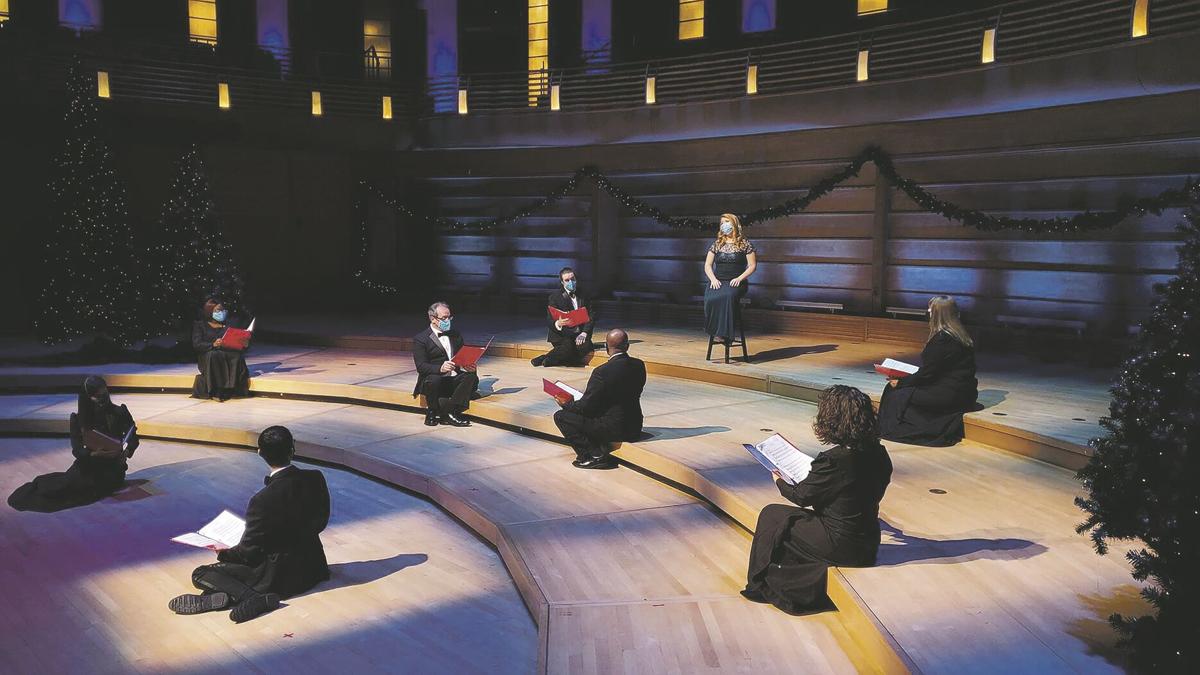 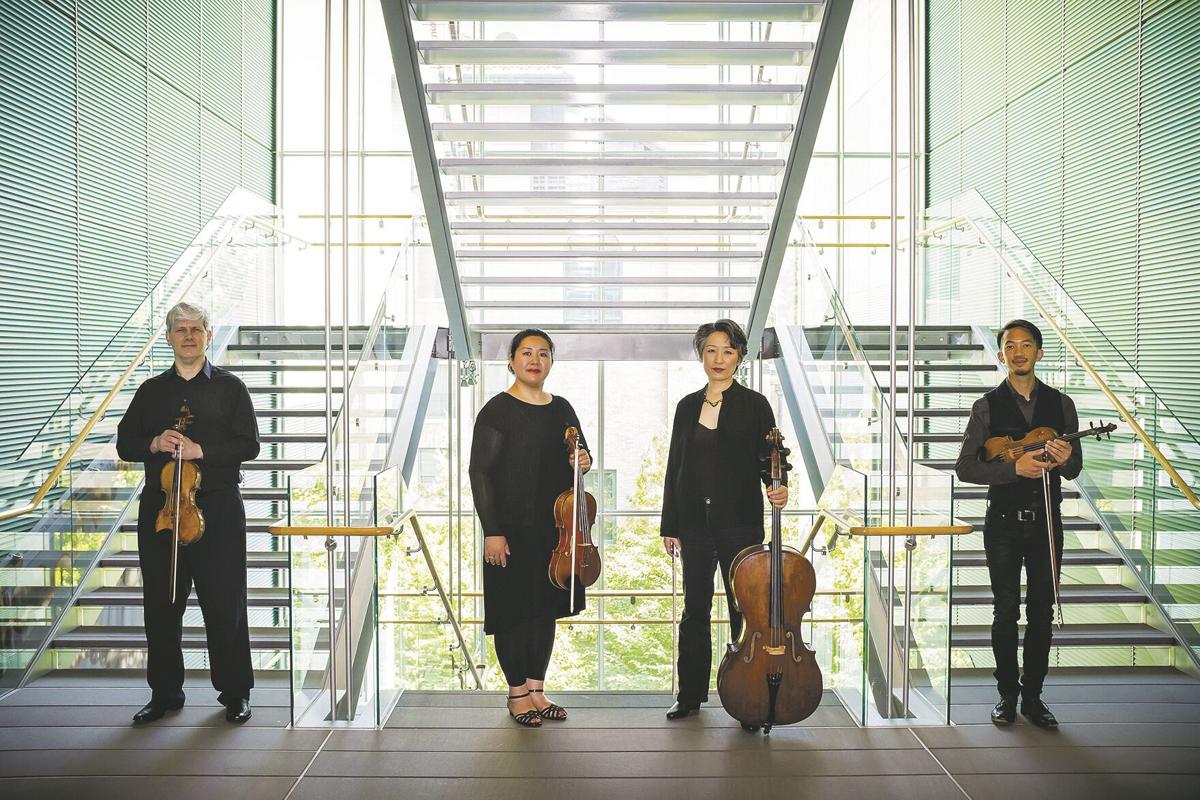 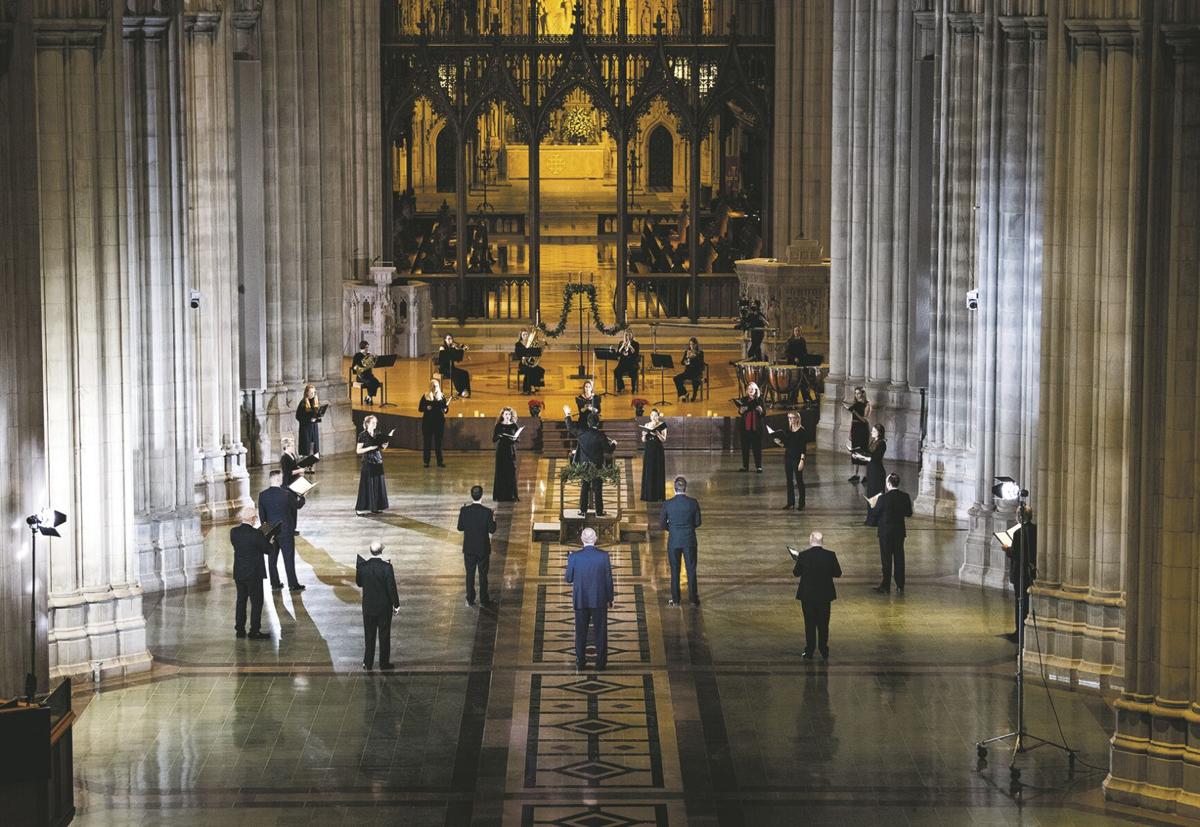 Admittedly, as holiday seasons go, this one’s a real lump of coal. In 2020, the most wonderful time of the year will be less about spreading holiday cheer (now known as “droplets”) with friends and family than sheltering in place and rocking (slowly back and forth) around the Christmas tree. Maybe some light wassailing.

We may be virtually snowed in, but that doesn’t mean you can’t virtually go out. December’s online musical offerings are enough to fill in just about every gap left by your canceled plans. Plus you can have nog. (Also we may be stuck this way for a while, so consider pinging Santa for some new headphones.) Here’s what I’ll be streaming this month.

This month, the Library of Congress concludes its valiant virtual effort to salvage Ludwig Van’s ruined 250th birthday with (Re)hearing Beethoven, a streaming festival-slash-constellation of online content built around the cynosure of Beethoven’s music” and a tilt toward “ear-opening encounters” with all nine symphonies. Pianist Adam Golka joins Verona String Quartet to present dual visions of the “Hammerklavier” sonata on Friday, Dec. 11; piano duo Ran Dank and Soyeon Kate Lee take on No. 9 on Saturday, Dec. 12; and to close the festivities, Christopher Taylor plays Liszt’s transcriptions of Symphonies 1, 2, and 5 on Thursday, Dec. 17.

Elsewhere in hearing familiar things completely anew, on Wednesday, Dec. 16, the relentlessly adventurous pianist Adam Tendler will premiere his own commission of a new work by composer Christian Wolff: “Fantail” is an unofficial response to Robert Schumann’s 1835 scene piece, “Carnaval.” As Wolff composed his 22 short pieces in dialogue with Schumann’s 20, so will Tendler dovetail his performance of both works into a mash-up that smudges the centuries in between them.

Since 2020 took a turn for the worse, Paola Prestini has been an unstoppable force in keeping creators creating and music streaming in her role as co-founder and artistic director of National Sawdust. But Prestini also has been deeply engaged with the isolation of the pandemic as a composer. Most recently she’s teamed with the acclaimed Mexican vocalist Magos Herrera for Con Alma, a genre-crossing blend of Mexican folk staples, American jazz standards, and original musical meditations on isolation that arrived in album form on Dec. 4, and as a live digital experience from Mexico City and New York City on Sunday, Dec. 13.

Created and recorded in quarantine, Con Alma features more than 30 musicians from three continents, including the Young People’s Chorus of NYC, the Mexican Orquesta Sinfónica de Minería, Silk Road Ensemble clarinetist Kinan Azmeh, and arrangers Gonzalo Grau and Diego Schissi (who provides one of the most stunning arrangements of Tomás Méndez’s “Cucurrucucú paloma” I’ve ever laid ears on).

Speaking of Carnaval, pianist Efi Hackmey and cellist Carrie Bean Stute drew namesake inspiration from one of Schumann’s movements (as well as his pet name for Clara) when launching the Chiarina Chamber Players back in 2015. And although the ensemble hasn’t been able to resume their popular chamber series at St. Mark’s Episcopal Church, it has reemerged online with a compelling monthly series of free online concerts.

Elsewhere in hallowed holiday traditions rebooted into spiffy multicamera productions, the Washington Chorus will present A Candlelight Christmas online from Dec. 18 to 20. Filmed at the Music Center at Strathmore and featuring additional virtual performances from TWC singers from around the world, as well as Duke Ellington School for the Arts chorus (led by Monique Holmes-Spells).

In the meantime, you can hit the chorus up for some custom holly-jollies in the form of its Carols on Demand program, where personalized ditties range from $29 to “mega-custom carols” for $249, and take about seven days to wrap. (Apologies in advance if your name is Rudolph, Holly, or Noel.)

The Cathedral Choral Society — which, by the way, just scored not one but two Grammy nominations for its world premiere recording of Alexander Kastalsky’s Requiem for Fallen Brothers — will keep its holiday tradition alive for the thousands of listeners who would normally stuff the pews of Washington National Cathedral.