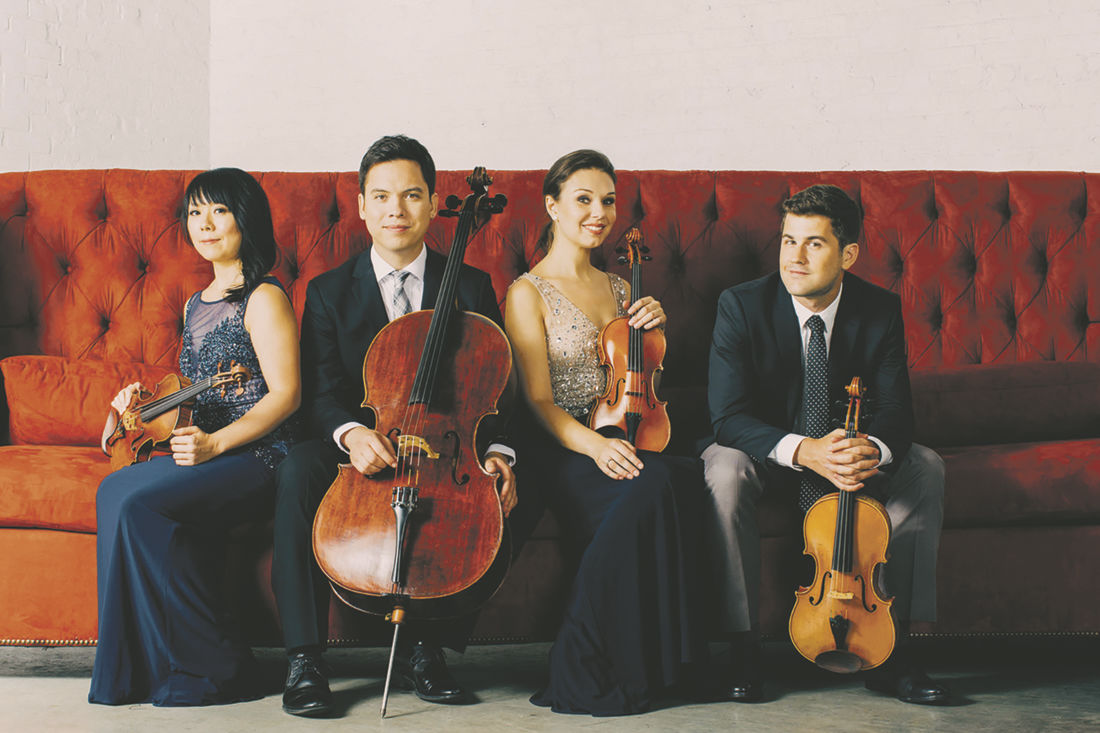 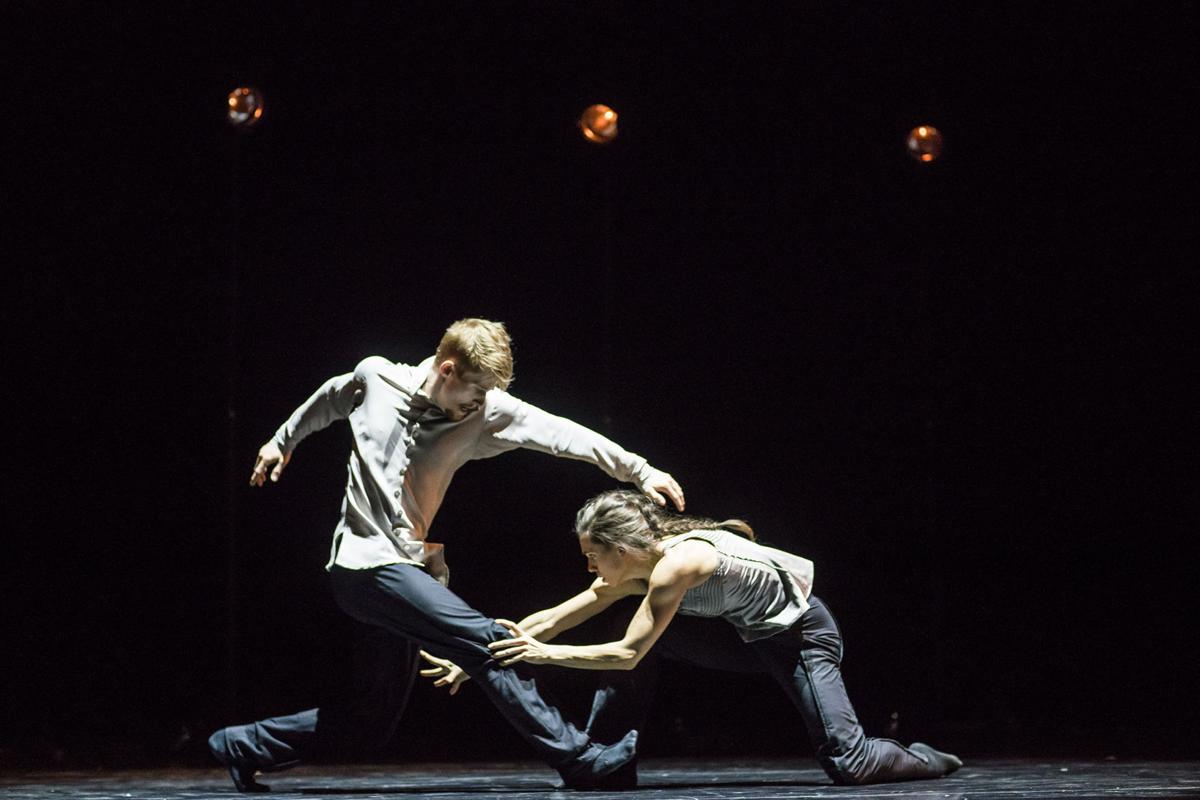 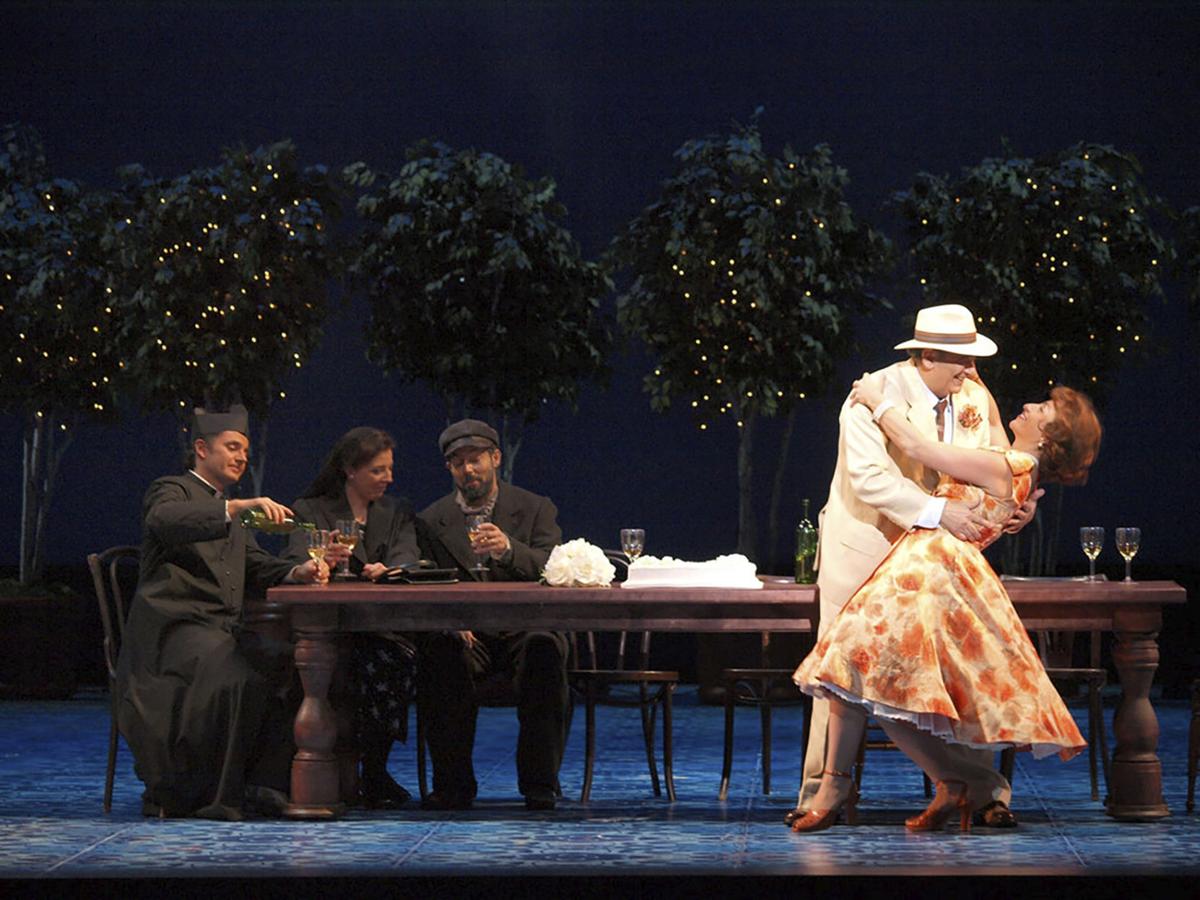 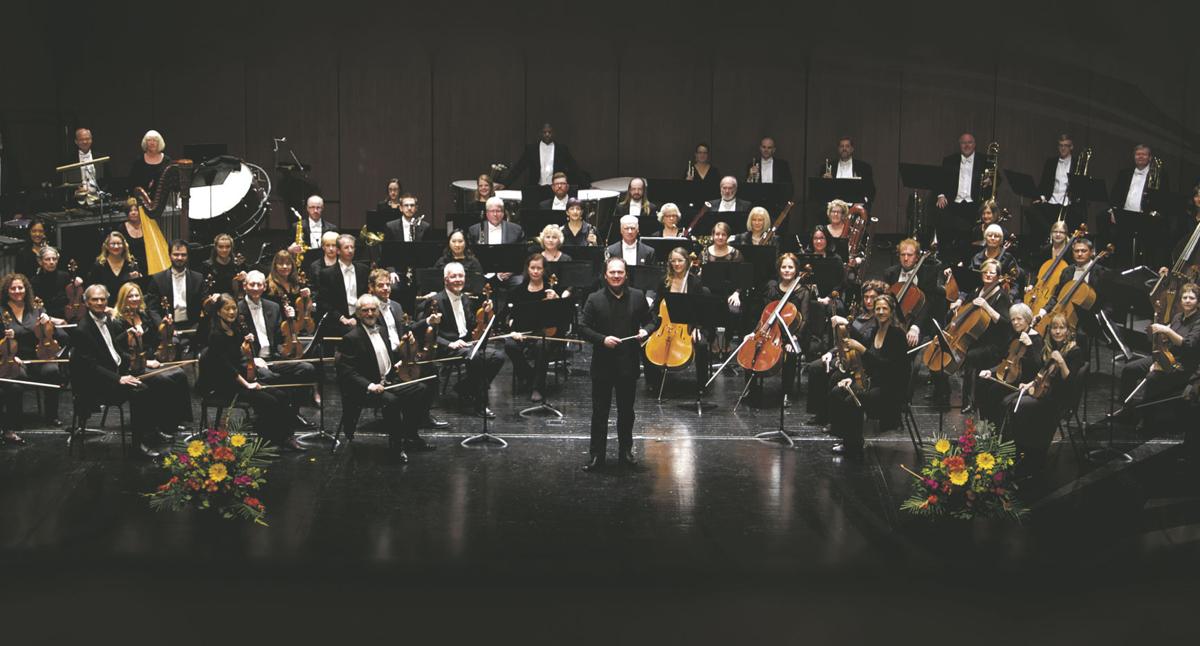 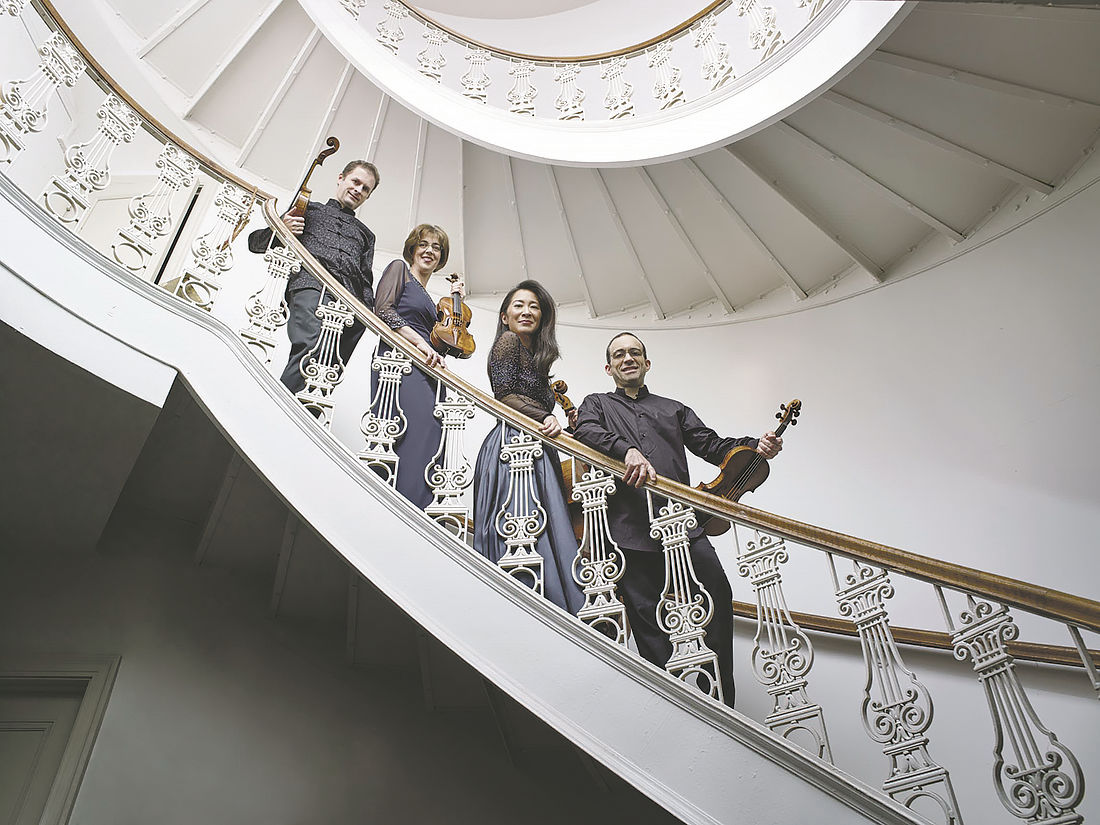 The winter and spring classical music and dance calendar may not be quite as jam-packed as the fall’s, but there is still more than enough to keep die-hard fans happy and offer lots of options to those who just like to sample from time to time. Our mostly volunteer choral groups have had time to learn new repertory, so the winter and spring mean lots of choral music, including major masterpieces by Haydn and Beethoven. There’s also a profusion of visiting string quartets (no fewer than six) and a contemporary opera that has enjoyed widespread audience popularity since its 2010 premiere. The dance offerings may be few in number but they’re high in quality, and they include visits from the Mark Morris Dance Group and Hubbard Street Dance Chicago. And the number of total Beethoven performances ticks up with the “sestercentennial” of his birth 250 years ago. What follows is a look at some of each group’s offerings through June. Consult organization websites or call for complete information on programming, ticket prices and discounts, and performance venues and times.

This Albuquerque-based ensemble is best known for its fearless contemporary programming, but it reaches as far back as the Baroque era for its repertory. On the second Saturday of every month, it treks north to SITE Santa Fe, offering a one-hour program that blends chamber music with a 10-minute spoken word performance and two minutes of silence. Violinist David Felberg and James Holland perform works by Bach on Saturday, Jan. 11, while the hot young Attacca Quartet’s Feb. 8 program features a Beethoven string quartet.

In addition to performances by groups that rent the theater, the Lensic Performing Arts Center programs visiting groups and soloists from a wide range of genres. The classical music offerings include the New York Philharmonic String Quartet on Mar. 19 with works by Mozart, Shostakovich, and Ravel, as well as six Metropolitan Opera Live in HD broadcasts between January and late May. The high-energy contemporary troupe Hubbard Street Dance Chicago pays a visit on April 14. Theater fans should definitely check out the National Theatre Live series and its array of top-flight acting talent.

The concert association is bringing three acclaimed chamber music groups to the Pajarito Plateau. Two sport classic configurations — the Horszowski Piano Trio ( Jan. 31) and the violin-piano duo of Gil Shaham and Akira Eguchi (March 8) — while the season finale is the enterprising Poulenc Trio (April 10) with its unique repertory for oboe, bassoon, and piano.

The Performing Arts Society works both sides of the aisle over the next few months — the sacred, with Bach cantatas slated for March 1 and May 3, and what many have viewed as the profane, opera and operetta, in a highlights program on June 20. There’s also a piano recital on March 14, with Jacquelyn Helin playing Book One of Bach’s Well-Tempered Klavier.

Two of the most appealing philharmonic concerts are on Feb. 15, with Mahler’s Symphony No. 7 and Elgar’s Cello Concerto played by 2015 Tchaikovsky Competition winner Andrei Ionit´a˘, and on March 21, an all-Russian program with Shostakovich’s Violin Concerto No. 1 played by Yoonshin Song and selections from Prokofiev’s Romeo and Juliet suites. If you feel you haven’t yet honored Beethoven enough in his anniversary year, you can make amends on April 11 when Olga Kern and the orchestra play the Emperor Piano Concerto No. 5. These events are held at Popejoy Hall on the UNM campus in Albuquerque.

The late Daniel Catán had the inspired idea to write an opera based on the 1994 film Il Postino (in turn based on a novel by Antonio Skármeta), and it’s been an audience favorite ever since its 2010 premiere by the Los Angeles Opera, thanks to Catán’s neo-Puccini score. The cast for Il Postino includes Alex Richardson as the titular postman and Cecilia Violetta Lopez as the village barmaid whose heart he wins — with a little help from exiled Chilean poet Pablo Neruda (Raul Melo). Performances, at the National Hispanic Cultural Center in Albuquerque, are Feb. 2, 7, and 9. The Opera Southwest season closes with Verdi’s La traviata on March 22, 25, 27, and 29 (also at NHCC).

A Thousand Thoughts celebrates the Kronos Quartet’s 46 years of performing contemporary music in a Jan. 30 event combining film with live performance. The King’s Singers, which has the Kronos musicians beat by four years, is coming to Santa Fe on Feb. 22 just after wrapping their 50th anniversary tour. The Mark Morris Dance Group salutes a golden oldies album on June 5 with Pepperland, a tribute to The Beatles’ groundbreaking album Sgt. Pepper’s Lonely Hearts Club Band. (We hope you will enjoy the show!)

The Sangre de Cristo Chorale is a self-governing group of volunteer singers that was chartered more than 40 years ago. Fred Graham is the group’s current music director. Its spring concert, Songs of Nature, takes place on April 25 in Santa Fe (a Los Alamos performance follows on April 26) and features flutist Bonnie Schmader, who incorporates natural sounds recorded during a National Parks residency into classical music.

The Desert Chorale bridges its big summer and winter seasons with Strength and Refuge: A Joyful Exploration of the Psalms on Feb. 28. It’s an a cappella program for its professional singers that ranges from J.S. Bach and Salamone Rossi to Sergei Rachmaninoff and Anton Bruckner, along with Robert Kyr’s Santa Fe Vespers 2010, which was a SFDC commission.

Pianist Jeremy Denk performs concertos by Mendelssohn and Schumann on Jan. 25 and 26, coupled with Haydn’s final symphony, No. 104, known as the London. Co-founder Thomas O’Connor rounds out his tenure as music director conducting Haydn’s sublime oratorio The Creation on April 25 and 26, featuring the choral group Polyphony: Voices of New Mexico. In addition to these orchestral programs, there’s a trio of visiting string quartets: the Pacifica on Sunday, Jan. 12, the Brentano on Feb. 23, and the Borromeo on March 22.

Gov. Michelle Lujan Grisham forsakes the Roundhouse for the Lensic stage on Jan. 19, narrating Aaron Copland’s Lincoln Portrait, after which Bailey-Michelle Collins plays George Gershwin’s Piano Concerto. Then it’s tuba time, with soloist Richard White essaying Ralph Vaughan Williams’ Tuba Concerto on Feb. 16, a program that also includes Dvorˇák’s New World Symphony No. 9. The Santa Fe Symphony ends its concert season with two Beethoven symphonies as their celebration of the 250th anniversary of the composer’s birth — the Eighth, which is notable for its jolly spirits and relatively small orchestra, on Apr. 5, followed by the immensely scaled, dramatic Choral Symphony No. 9 on May 16 and 17.

Serenata’s laudable focus is chamber music of the 20th and 21st centuries. Its French Tangle program on March 8 features works by Ravel, Debussy, Francis Poulenc, Lili Boulanger, and Gabriel Fauré. Mystic Thread, on May 2, reaches deeper into the past for Heinrich Biber’s “Mystery Sonata” for solo violin, then travels forward via music of Alexander Scriabin and John Cage to works by three living composers: Dana Wilson, Andy Akiho, and Alexandra du Bois.

A late-winter concert offers a burst of Youthful Exuberance on March 14 and 15 — everything on the program was written when the composers (Mozart, Judd Greenstein, George Rochberg, and Ralph Vaughan Williams) were age 30 or younger. Music inspired by Shakespeare is featured on May 16 and 17, when actor David Garver is joined by a quartet of flute, violin, and two pianos for music by Gluck, Britten, Korngold, Mendelssohn, and David Lang. ◀