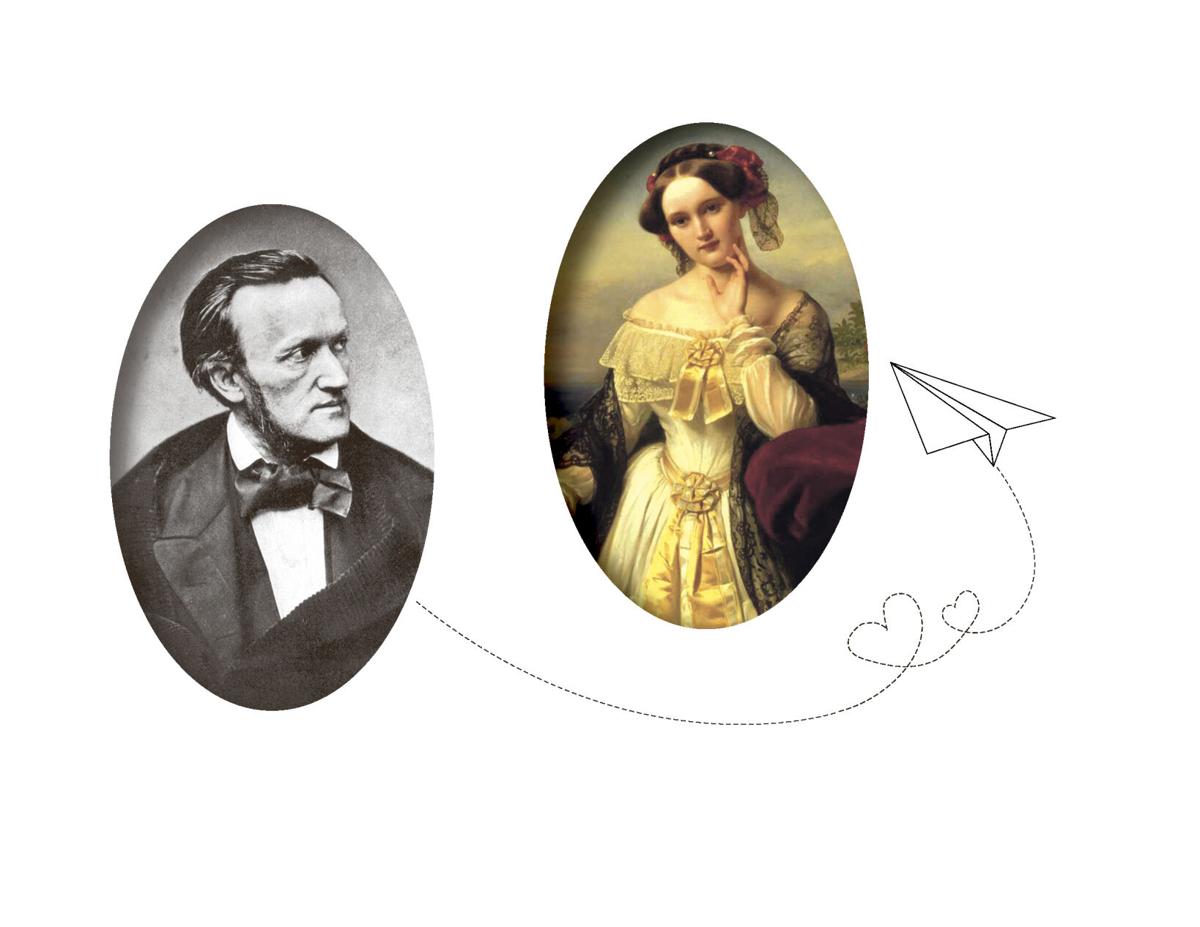 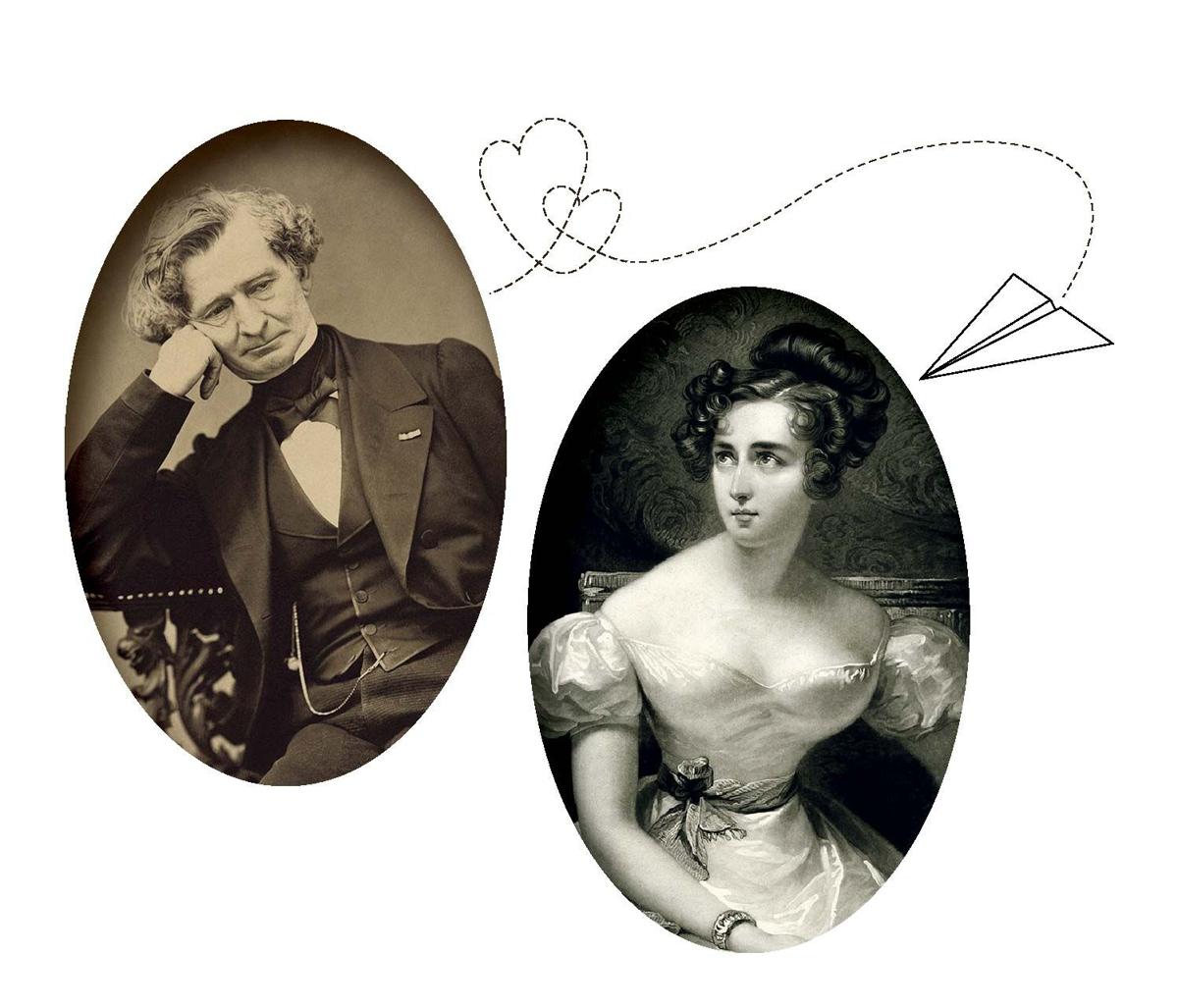 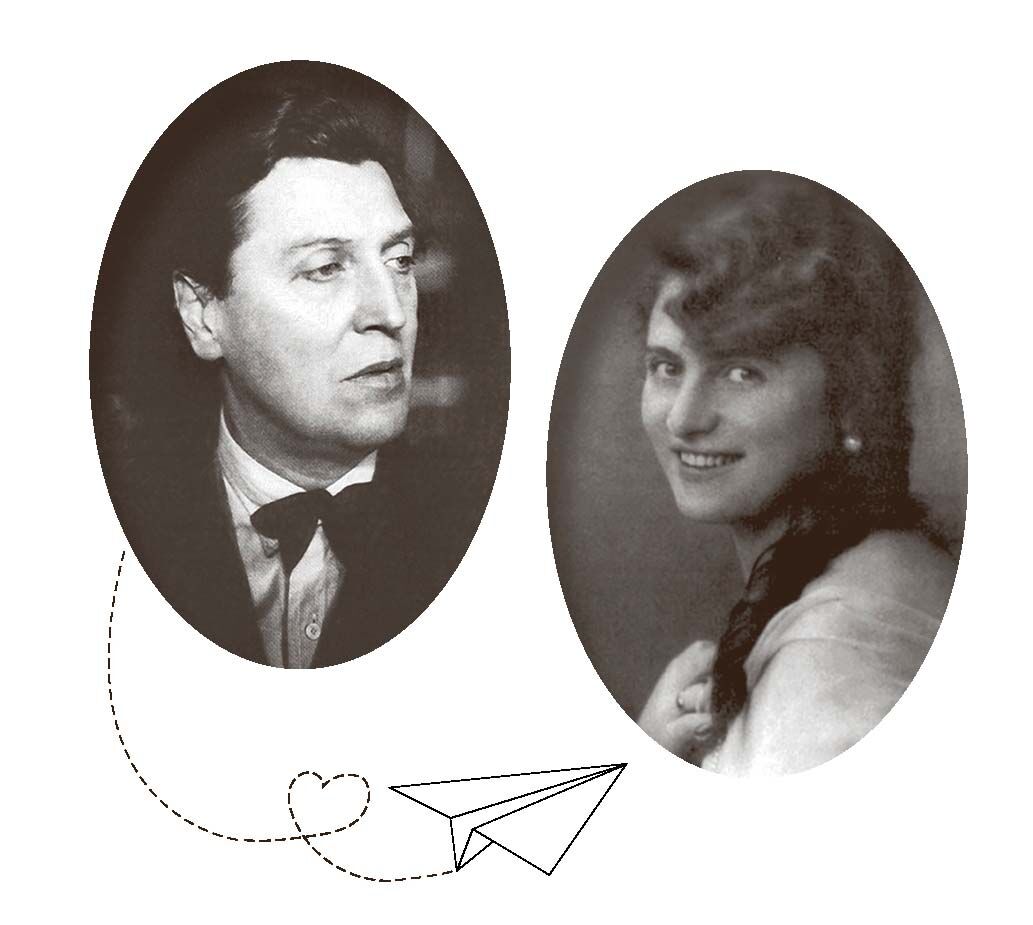 When you’re a composer, you don’t need to mess around with cards, flowers, or candy to romance that certain someone. Instead, you can fire off some love notes — a new composition inspired by the target of choice. Here are a few of music history’s best-known examples.

On Dec. 23, 1857, Richard Wagner serenaded Mathilde Wesendonck with a chamber music arrangement of “Träume” (Dreams) as a birthday gift. It was one of five songs he wrote to her poetry and something Wagner described as a study for the love duet in Tristan und Isolde, which he was then composing. A few days later, Wagner sent Mathilde another musical gift, a sketch of Tristan und Isolde’s first act, with a racy letter of dedication wrapped inside.

Wagner and Wesendonck were in fact married at the time. But not to each other. Wesendonck’s husband, Otto, was a wealthy silk-merchant who was in Zurich on a business trip. Wagner’s wife, Minna, was dividing her time between Richard in Zurich and her parents in Germany, which had exiled her husband in 1849 for taking part in revolutionary politics.

Otto’s generosity toward Wagner was legendary. He helped erase the composer’s substantial debts and provided him with a cottage to live in while in exile, perhaps a bit too conveniently located near his estate’s main home and Mathilde. Wagner’s days on the Wesendonck estate came to an end in 1858, when Minna intercepted a romantic letter he had written for Mathilde and created a forte ruckus.

Alban Berg took the opposite approach with his Lyric Suite, which contains a love message so clandestine that it evaded detection for five decades. A six-movement string quartet that was based on Arnold Schoenberg’s 12-tone composition techniques, it was first performed in 1927 and was dedicated to fellow composer Alexander von Zemlinsky, at least in the printed score.

The real dedicatee wasn’t known until 1977, when musicologists discovered a pocket version of the score that Berg had annotated and given to his then-mistress, Hanna Fuchs-Robettin. She was the wife of a Czech industrialist and music lover. She and Berg, who was married to a singer named Helene Nahowski, met in Prague in 1925 and almost immediately began a torrid affair.

Long thought to be a piece of music that doesn’t represent or refer to anything, and therefore absolute, the Lyric Suite turned out to contain many allusions to Hanna and her children. The most basic was the motif A, B-flat, B, and F. In the German system of musical notation, they spell out A-B-H-F, for Alban Berg and Hanna Fuchs. Berg was also a fervent believer in numerology, and the numbers 10 and 23 play important roles in the metronome markings and number of measures in various sections of the score. They represent the names of the lovers: 10 for Hanna Fuchs and 23 for Albano Maria Johannes Berg, the composer’s full name.

Hector Berlioz understood very little English when he saw celebrated actress Harriet Smithson perform Ophelia in Hamlet in September 1827, but he was immediately smitten. He bombarded her with letters, most of which she ignored, moved to a new apartment where he could observe her comings and goings, and staged public concerts to attract her attention, without success.

Berlioz’s infatuation, combined with his increasing despair at Smithson’s lack of interest, led to the writing of his Symphonie fantastique. This revolutionary, five-movement work has an autobiographical program, which Berlioz described to a friend as “an artist, gifted with a vivid imagination, falls in love with a woman who embodies the ideal of beauty and fascination that he has long been seeking.” As the piece progresses, the artist becomes increasingly disillusioned, attempts suicide, and eventually sees his own execution. Then, according to Berlioz, “He sees himself surrounded by a foul assembly of sorcerers and devils. [His beloved] is now only a prostitute, fit to take part in such an orgy.”

Smithson refused to come to its premiere in 1830, but she relented in 1832, when a revised version was performed. The second time was the charm, and she and Berlioz married in 1833. Unfortunately, their life together was more like the nightmarish aspects of Symphonie fantastique than they anticipated, especially for Smithson. Her career declined as his took off, they quickly grew apart, and finally separated in 1844.

Leoš Janácˇek met Kamila Stösslová in 1917 at a Moravian resort; he was 63, she was 25, and both were married. A passionate (on his part) but apparently platonic relationship quickly developed, which Stösslová did nothing to discourage. Janácˇek’s ardor led to a remarkable burst of creativity during his final decade, with Stösslová inspiring almost everything he wrote.

It began with The Diary of One Who Disappeared, an extremely dramatic and erotically charged song cycle written between 1917 and 1919. The text was a set of poems published in a Czech newspaper about the love between a village boy ( Janácˇek) and gypsy girl (Žofka) that defied social norms. In a letter to Stösslová, Janácˇek explained his vision for Žofka:

“And the gypsy girl, that was you. That’s why there’s so much emotional fire in the work.”

The composer’s fervor was still as high a decade later when he wrote his second string quartet. Originally called Love Letters, after the more than 700 such missives he had sent to his muse, Janácˇek changed the title to Intimate Letters before it was published. In one of his last such letters to Stösslová, he said, “You stand behind every note, you, living, forceful, loving. The fragrance of your body, the glow of your kisses — no, really of mine. Those notes of mine kiss all of you.”

But are there any relationships that don’t involve illicit love?

There is at least one: Edward Elgar and his wife Caroline Alice Roberts. They met when she was 37 and started taking piano lessons from the 28-year-old composer. In 1888, as their relationship was deepening, Elgar decided to go to Yorkshire for a vacation. Caroline got the matrimonial ball rolling by giving the composer a poem she had written — “Love’s Grace” — as he was leaving. When he returned Elgar reciprocated with a new composition — “Love’s Greeting” — accompanied by a marriage proposal, and Caroline said yes.

Elgar dedicated several more compositions to her before she died in 1920, including one of the Enigma Variations, his best-known piece. In 1898, Caroline had encouraged him to develop a melody he was playing one evening on the piano, and it became the theme for the work. Its 14 variations are all musical portraits of people he knew; Alice’s is the first variation. Elgar later described it as “a reference to one whose life was a romantic and delicate inspiration.” ◀

Hear the music mentioned above:

Janáček (The Diary of One Who Disappeared) youtube.com/watch?v=YybdWw8_F0U