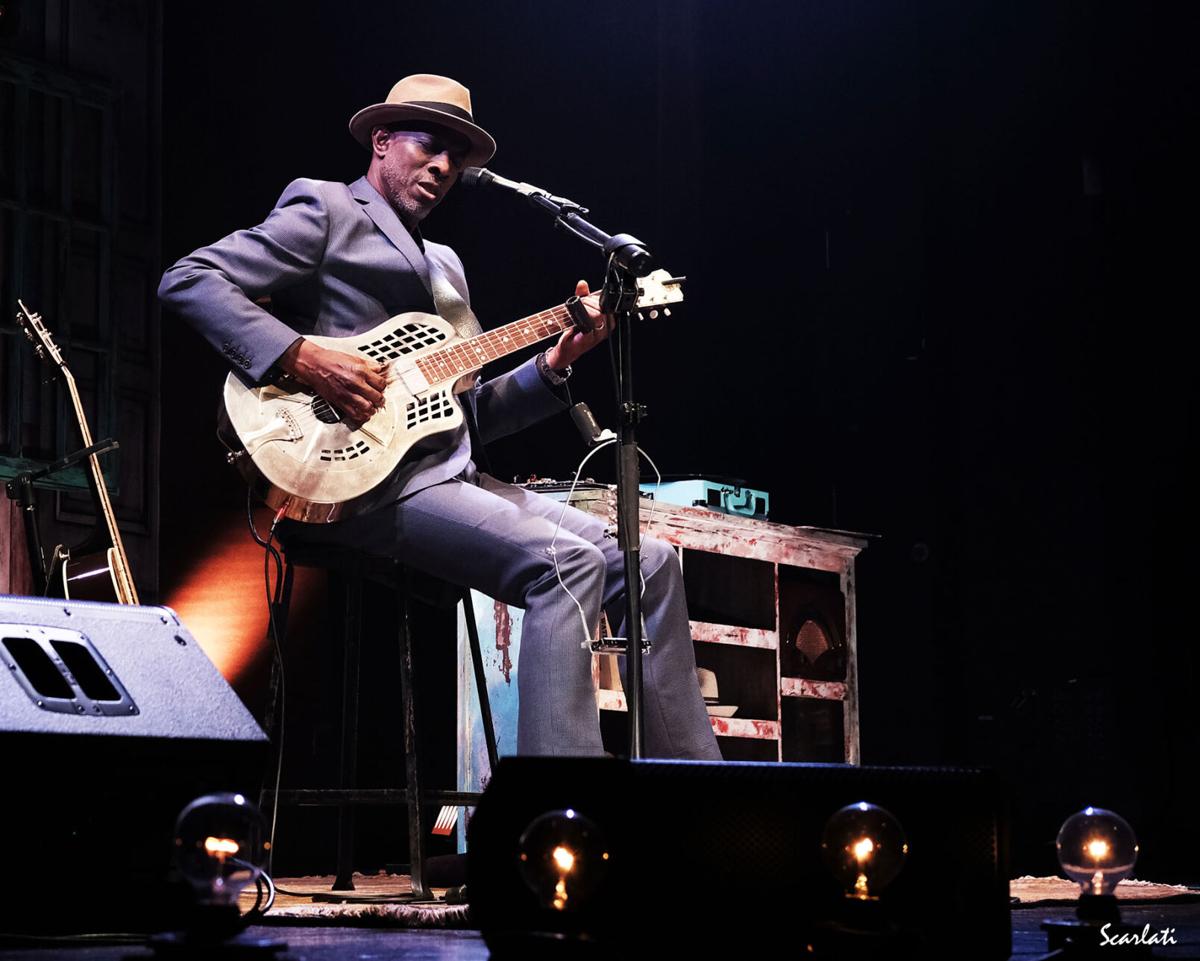 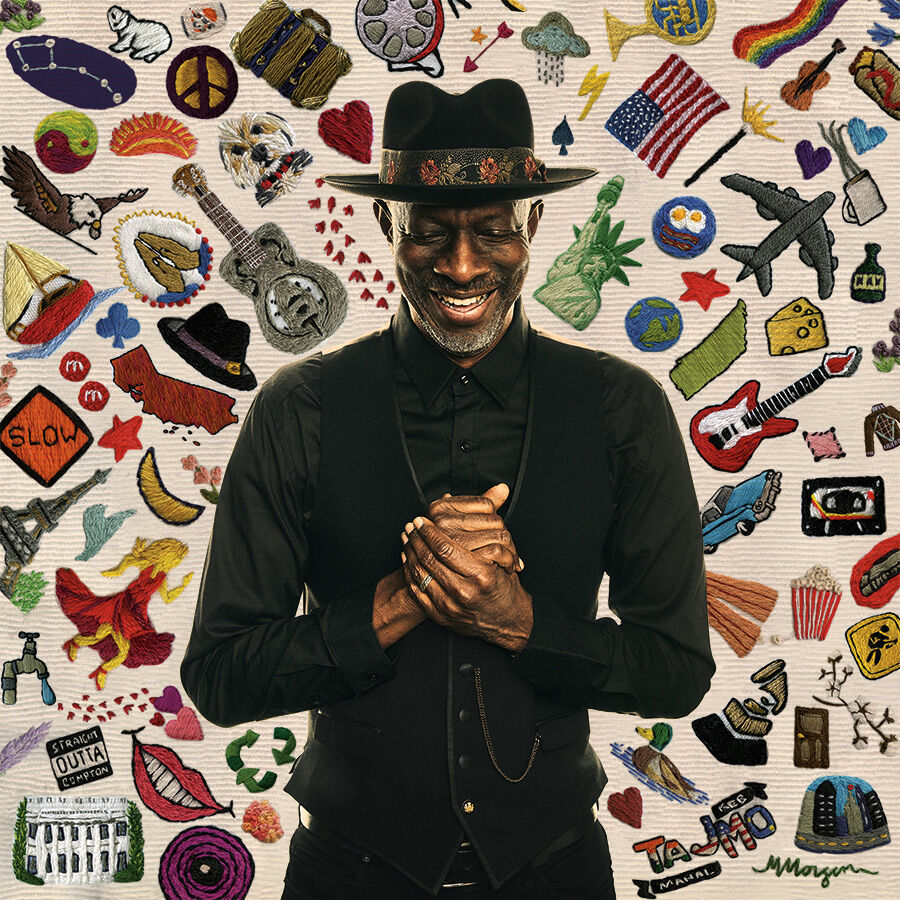 The last time I talked to singer-songwriter Keb’ Mo’, it was the mid-’90s and he was just hitting his stride. His solo debut album in 1994, Keb’ Mo’, was a critical success and a W.C. Handy Award winner. Just Like You, which came out two years later, won a Grammy for Best Contemporary Blues Album.

That day, I interviewed him about his burgeoning career and opening for Bonnie Raitt in the coming weeks. When we finished talking, he did something that no other celebrity has done in my 20-plus years as a reporter: He offered me his personal mobile number — in case I had problems getting into the show. I mentioned it to him when we talked by phone recently. He laughed.

If Keb’ Mo’ had a gold-plated motto, it would probably be that: I don’t mind. Because it’s all gonna be all right.

Mo’ brings his easygoing brand of the blues to Santa Fe in a livestream concert on Saturday, Sept 26.

A different kind of blues

Despite 14 albums, 12 Grammy nominations and five wins, a Google search on Mo’ doesn’t turn up as much as you might think. He was born in 1951 in Compton, California. His parents had roots in the South. Early on, Jefferson Airplane/Jefferson Starship violinist Papa John Creach got the 21-year-old into an R&B band. And then there was another band and another band, etc. Eventually, Mo’ broke out on his own. Around that time, he traded “Kevin Moore” for the name his first drummer gave him, Keb’ Mo’ (even so, he refers to himself as Kevin as we talk).

From the beginning of his solo career, it was clear that he was working a different kind of blues. Although early albums stick closer to the brand, he begins to inflect his music — which includes some stunning blues guitar work (“Kind Hearted Woman,” for instance) — with a nuanced sound and message. Even the down-and-dirtiest subject matter reflects some hope.

In “The Worst is Yet to Come,” Mo’ laments the bad day to end all bad days. He’s got a hangover. He’s lost his job. His car trails black smoke. His gal leaves. And the dog leaves him an unfortunate little gift on the floor. But then, the tide turns:

Now, the sun keeps on shining, just like it should

When I take a look around me, I guess I’m doin’ pretty good

As with so many of his songs, “The Worst” ambles, friendly-like and with a surprising intimacy that’s created, in part, by his warm, loping vocals. Like a couple sharing their days before they drift off to sleep.

The blues may be thought of as mournful, but it wasn’t intended to be, he contends. Its job is to reflect the truth of living, especially its harder moments. Misery, he adds, just loves company.

“I look at it as people comparing notes with each other. You know, like I sing a line, ‘I walked in the front door and heard the back door slam,’ ” says Mo’, not quite singing it. “That’s like really me. That’s you, too.”

As he talks, I can almost hear the grin I’ve seen on his new YouTube series, Mo’ at Home. (“I have a new respect for actors. People working on TV? It’s not easy.”) It’s toothy-wide and radiates glee.

As we talk, he sounds completely comfortable. In the videos and in his stage performances, though, he sometimes seems like he’s just the lanky, fedora-clad conduit for his music.

“I lean on the music because me, as a person, I’m not a life of the party. I try to make music that can go in for me. It can do the work for me, so I don’t have to wear fancy costumes, and I let the songs do the work.”

But in collaborations with other musicians, like Taj Mahal, Mo’ looks like he’s powered by his own personal generator.

“I was a sideman” before getting signed, he says. “I love being a sideman. I’m actually kind of a reluctant feature because I like being a background and helping someone else make them better.”

Like the rest of America, Mo’ is dealing with the social backlash of the coronavirus pandemic. He typically plays 80 dates a year. Now, he plays for the world — now and then — through Mo’ at Home.

“The CoViD era is bringing out the best and the worst in us. It’s kind of a wake-up time to find out what life’s really about.”

Why, he wondered, had he been traveling so much?

“Home is nice. I like the music, I like the applause, the way I make a living to feed my family and put a roof over our head,” he says. “But my work is my wife and my son and my dog.”

When the pandemic is behind us, he’ll go back to performing before a live audience, but perhaps with less touring and more alternative platforms. A “mixed media bag,” he calls it.

“For me, it’s [about] being relevant in the world, doing community service where I go. I use the music for the purpose of giving something. I learned that from the church. But I’ve made music that’s been embraced by a lot of people, and I think is moving the needle a little bit. A nudge.”

Maybe he’ll never be a big star. “That’s all right. I get to play the music. I get to have a family. It’s pretty cool. There’s not a massive demand for my time. Enough I could keep pretty busy. My wife says you’re not huge because you don’t want to be huge. She’s probably right. If I wanted to be huge, I’d probably be huge. But I believe in moderation.”

And either way, it’s gonna be all right. ◀

A concert to benefit the Lensic Performing Arts Center

$15 per household or devise; lensic.org