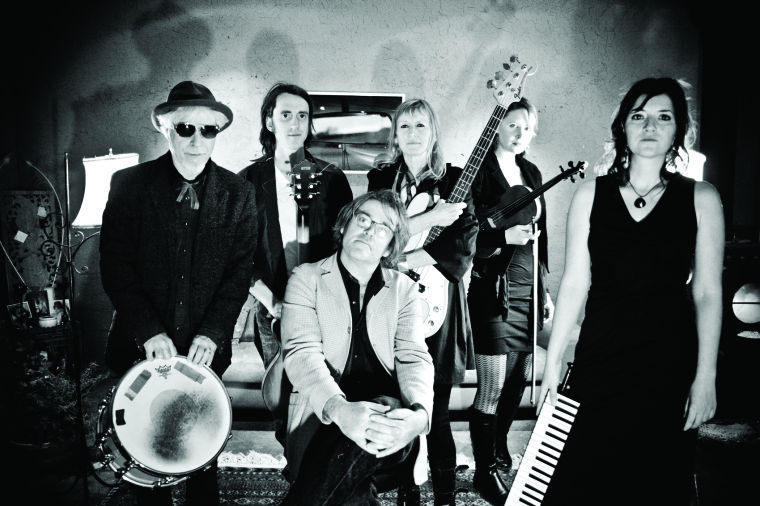 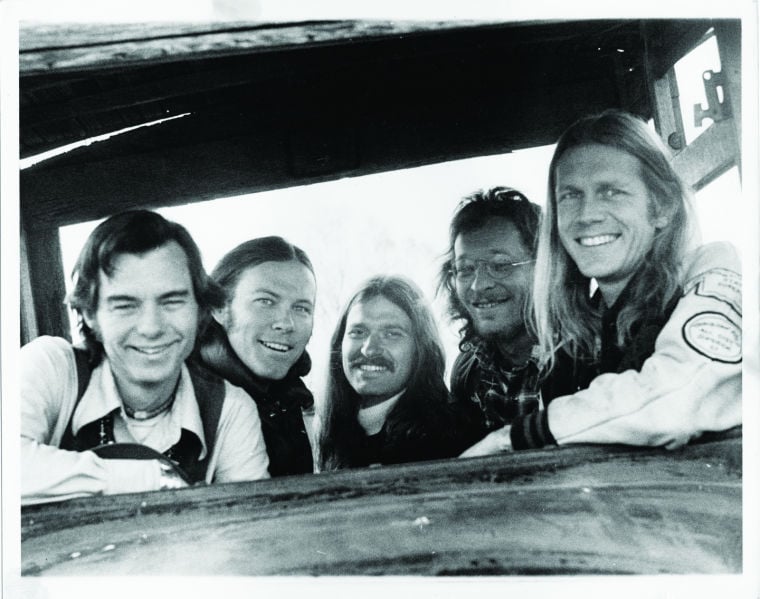 One day in August of 1971, a popular local band named Family Lotus pro- vided a bluegrass background as some 100 young people registered to vote at Ashbaugh Park in Santa Fe. It was a pretty tame venue for a group that “essentially opened and closed every honky-tonk in Northern New Mexico for 20 years,” according to guitarist Jerry Faires.

Family Lotus was as much about colorful personality as it was about musical virtuosity. A description of the band by its members filled with tangled symbolism, made-up words, and “creative” logic appeared in an announcement in The New Mexican for a February 1970 concert at St. John’s College: “Trodding through the sarcophagi of experiential gimmeracks and pebbleyteers come half a dozen fresh flowers — The Family Lotus. What do these petals dew? one might well ask. Sounds of the earth roll and flow from their guitars, banjo, dulcimer, kalimba, veena, mandolin, fiddle, and sundry organic rhythm mumblers and sighs. The Family Lotus presents itself, its music, and its theory of relativity, energy, space, good- times equalizing.”

A “second coming” of the band is a featured act in Joe West’s Psychedelic New Mexico Folk and Bluegrass Festival on Saturday, Oct. 12, in Madrid. “I grew up hearing stories of these crazy hippies and as an adult musician now listening to their old recordings, I see what a wonderful bunch they were and what a great time it was then to be alive and partying in Northern New Mexico,” said West, a local musician (leader of the Santa Fe Revue) and organizer of the event.

West wasn’t yet born in the Summer of Love (1967); he came into being the following year, when Family Lotus was founded. Faires, who’s also a Madrid silversmith, looks good for 73. That he attributes to “sex, supplements, and rock ’n’ roll.” During an interview, he said that the old band specialized in “bluegrass/boogie jazz/rock ’n’ roll/rockabilly.” One of the dominant voices was Jim Bowie’s hot five-string banjo.

“We put the band together in 1968,” Faires said. “Our first gig was at Quixote’s Horse, which was a bouillabaisse restaurant on Galisteo Street. We played for tips and soup. Then we were at Claude’s Bar on Canyon Road for a long time. Lumbre Del Sol, The Last Mile Ramblers, and Family Lotus — between the three of us we were the house band in this whole area.”

In the summer of 1974, the group played the Institute of American Indian Arts, accompanying bluesman Taj Mahal performing “the people’s revo- lutionary music of Jamaica.” A pair of gigs at St. John’s College featured Family Lotus along with Allen Ginsberg, Ram Dass, Gary Snyder, and Alan Watts. The band opened for R & B guitarist Bo Diddley and jazz saxophonist Charles Lloyd; the latter told Faires, “Your music touches many shores.”

Some of the Family Lotus members have made music together from time to time, but the whole band hasn’t played together in 25 years. “We’ll have two days. We’ll get together in my silver shop to rehearse,” Faires said. The musicians are coming from all over. “The cello player, Hugh Hazelrigg, is driving down from Bloomington, Indiana. Steve Lindsay, our electric bass player, is flying in from Portland, Oregon. Jim Bowie, five-string banjo, is driving down from Crestone, Colorado.” Filling out the band on the festival-tent stage next to the Mine Shaft Tavern are drummers Peter Amahl and Baird Banner, both from Cerrillos; and guitarists David Gilliland and Arlen Johnson, both from Santa Fe. “We’ll be playing a lot of old songs and a few new ones,” Faires said.

Besides the Family Lotus and Santa Fe Revue, the Psychedelic New Mexico Folk and Bluegrass Festival hosts Will and the Won’ts, an L.A.-based band headed by a former Santa Fean; Sage and Jared’s Happy Gland Band from Albuquerque; and a roster of local acts including Hot Honey, Todd and the Fox, Broomdust Caravan, Janice Mohr-Nelson, Pa Coal and the Clinkers, and the Hill Stompers.

“This is intended as the first annual festival. We’ll see how it goes, and maybe we’ll have a second annual,” West said. “Madrid has struggled with having a bluegrass festival on and off. There used to be a blues and jazz festival, and in the ’70s and ’80s there was a blues fest that was held in the ball park that was pretty successful. But I think people don’t go out as much as they used to, because they sit around on Facebook and go to coffeeshops instead.”

West started out attempting to forge an acting career in New York City for seven years after majoring in theater at the University of South Dakota. Then he moved to Austin and formed an alternative country group, Joe West & the Sinners. In 1999 he released his first CD, Jamie Was a Boozer. His touring résumé from those days includes opening for the Violent Femmes and Arlo Guthrie.

After moving to Santa Fe in 2001, he led several bands, among the best-known the Santa Fe All-Stars and, initiated in 2011, the Santa Fe Revue. A special Christmas show that year featured the Revue with guests including a “real” cowboy, the 1967 Santa Fe Rodeo queen, and a “miniature violinist,” according to the event announcement. Another moment in the eclectic West’s output was a rock opera that he wrote and starred in — as a time-traveling transvestite named Xoe Fitzgerald.

These days, he plays with his “psychedelic country” band every Thursday night at Tiny’s Restaurant & Lounge. The Family Revue is West, singer and storyteller; Margaret Burke, bass and vocals; Arne Bey, drums; Ben Wright, guitar and vocals; Karina Wilson, fiddle; and Lori Ottino (who is also part of Hot Honey) on melodica and vocals.

Faires’ path began in South Texas. A snippet from his historical commentary, offered spontaneously during the interview, will get readers in the proper spirit for West’s festival. “In the mid-1990s I began writing things I knew I wouldn’t sing, and in 2000 I started doing spoken word. I grew up at the far end of the Río Grande. After three semesters of college, I quit to get on with my education, and I ended up in the Army and in St. Louis, Missouri, running a coffeehouse.

“I came here in 1968 and shortly thereafter I began my graduate work, which went something like this: ‘They were traders and trappers and talkers of trash, the creators and collectors of the infinite stash, off the books, off the grid, living on cash and dreams and love and Nepalese hash. They were making fine objects in metal and stone, living wild, living free, living close to the bone, out by themselves but never alone, in the rarified air of the creative zone.’ ” ◀