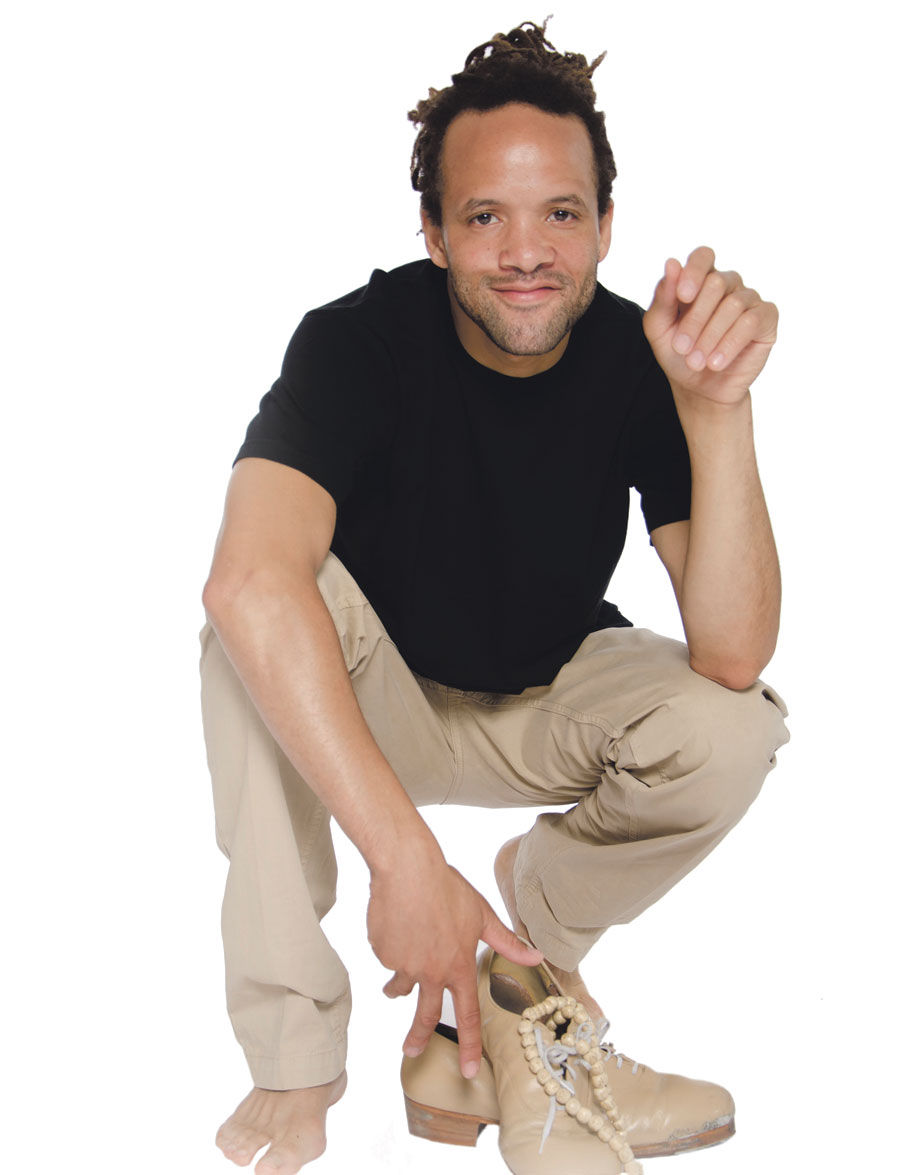 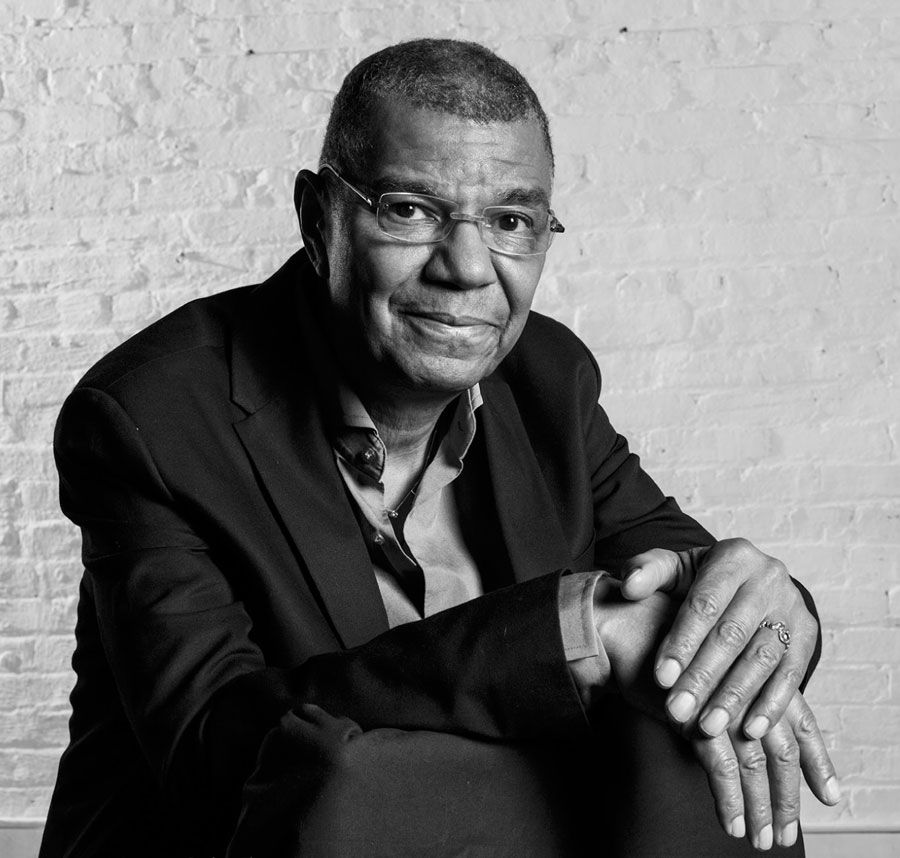 Watch the video of tap dancer Savion Glover and drummer Jack DeJohnette performing together at the Riverside Church in Manhattan during jazz-innovator Ornette Coleman’s memorial service last year, and you’ll witness a full array of percussive practices common to jazz drummers: polyrhythms, press rolls, call-and-response, shuffles, and lines in double time. DeJohnette’s drum sticks ripple across his traps, and his feet dance on bass and hi-hat cymbal pedals. Glover’s instrument, floor and shoes, echo the drums while adding variation. The two percussionists create a sort of rhythmic melody, using different pitch and timbre from snare and tom-toms, heel and toe, as they roll together through patterns and exchanges. They play — Glover actually makes it look like play — with movement and direction. The effect is like the best percussion jams, this one of floor and drums, two particles colliding in an experiment that emits a sizzling light.

Glover and DeJohnette will do something similar — “similar” because of the improvisational quality of jazz —when they appear with pianist George Colligan, bassist Jerome Harris, and dancer Marshall Davis Jr. at the Lensic Performing Arts Center on Sunday, May 22. Both men emphasize the musicality of what they do. “Yeah, I’m a dancer who plays the music, I’m a musician that dances,” Glover told Pasatiempo, days after he was nominated for a Tony Award for his choreography for Shuffle Along, or the Making of the Musical Sensation of 1921 and All That Followed, which opened in April. “I like exploring the melodies, the different sounds. I like to get feedback from the floor. It’s that heard versus seen thing. I’m going for being heard.”

DeJohnette, who’s seen watching Glover intently in the Coleman video, said he doesn’t take much from Glover’s physical cues as he stomps, taps, and slides. “It’s the rhythm, man,” said DeJohnette on the phone from the New Orleans Jazz Fest, where he was appearing with Ravi Coltrane and Matthew Garrison. “It’s putting the rhythm together. Savion plays some drums, too and he’s definitely a rhythm guy. When [the group] is all playing, it’s about melody and composition and spontaneity, sure, but between him and me it’s mostly about rhythm.” Glover, who began dancing at seven, said he began playing drums at the age of four.

The dancer, nominated for a Tony at fifteen for his performance in Black and Blue (he won the Tony for choreography in 1996 for Bring In ’Da Noise, Bring In ’Da Funk) is both a tap innovator and champion of the tradition. He’s the latest in the lineage of tappers, including Gregory Hines and Sammy Davis Jr., known to the public at large from theater, film, and television appearances. As a teenager — Glover was born in 1973 — he introduced contemporary funk into the tap dance canon, even as he employed the steps of tap innovators Lon Chaney, Charles “Honi” Coles, and others. His beats, both funk and traditional, are based on spontaneity, making for a natural fit with improvisational jazz. “I think what [Jack and I] do is what Gregory Hines called ‘improv-ography.’ It’s part improvisation and part choreography. [Dancers] of course have the vocabulary of steps and moves that we use in both. That’s the known. We know where they came from and how to execute them. Choosing where and how we use that vocabulary is the choreography part. But we have improvisation, the unknown part. I’ve been very interested in exploring this unknown. I like choreography, but, as a dancer, improvisation is more my speed. It’s unknown. What’s going to happen? And who better to explore the unknown, those improvisational moments, than with these great contributors to jazz and free expression?”

Glover’s relationship to DeJohnette goes back to his teens. “Jack says we did something together when I was fifteen, but I was all full of testosterone back then and wasn’t as in tune with it as I am now. But I was always listening to the music. Miles, Coltrane, McCoy [Tyner], Roy Haynes — they were always in my mix or, I guess, always on my tapes, on those days. And Jack was always in there.” A 2009 engagement at New York’s Blue Note paired Glover on different nights with pianists Tyner and Eddie Palmieri and drummers Haynes and DeJohnette. Glover and DeJohnette teamed again in 2010, this time with saxophonist Don Byron, at an Albany, New York, club called The Egg. “This went really well,” DeJohnette said. “We had an incredible rapport musically and rhythmically, and it worked in a fantastic way. Savion later called me and suggested we take it out on tour.” DeJohnette, who recalled seeing Gregory and his brother Maurice Hines, the Nicholas Brothers, Sammy Davis Jr., Brenda Bufalino, and other tappers while living in Chicago, said Glover is “the Coltrane of tap.” “When we get together we really go at it. It’s totally improvised, not rehearsed. We do some compositions with the group, sure, but we mostly do our thing. It’s different because of what Savion brings to the table. He’s had lots of associations with other drummers. He’s heard all of us play, and he’s taken something from everyone. What he does is at the highest level of creativity. It’s not just dancing. He’s very aware of his sound.”

Glover treats the floor like any amplified instrument, with multiple microphones beneath its raised surface and an ear to its crispness. “Yeah, I’m going for the cleanest, stripped-down vibration and sound,” Glover said. “I don’t want any additions to the sound or any technical shenanigans. I’m not interested in making my floor sound like a synthesizer or a piano, but I imagine making those sounds, fitting them in, as I dance. I don’t want anything taking away from the purity of the dance.” The sound, he explained, is central to expression and can often communicate emotion better than words. “From the beginning of time, we’ve reacted to sound, the vibrations, the reverberations. We understand the sounds more deeply, how deep the expression it carries, what it suggests to different people. Three people can hear a glass break and come away with three different impressions. Sound allows itself to be interpreted. It’s definitely emotional.”

The careers of both men, like their performances, move in many directions at once. In addition to his choreography and performance work, Glover is active at the dance academy that he founded, the HooFeRzCLuB — School For Tap, in his hometown of Newark. And he continues to work with jazz musicians. “It all comes from my eagerness to be with these cats and share space with them and learn from them, as long as I’m physically able to do it and they are able to share.”

DeJohnette, in addition to his appearances with Glover, is touring in support of two other projects. The first is a new ECM release, In Movement, with Ravi Coltrane and Matthew Garrison. DeJohnette said the trio, with the sons of two musicians he worked with as a young man, has become even “cleaner” and more intuitive since their 2014 appearance in Santa Fe as part of the New Mexico Jazz Festival. DeJohnette toured Europe earlier this month to promote Return, his new vinyl LP release of solo piano work — his first solo piano release. DeJohnette, who frequently takes a turn at piano during his concerts, said he’ll be taking at least one with Glover. Most likely, they’ll tap into something that’s never been heard before. ◀