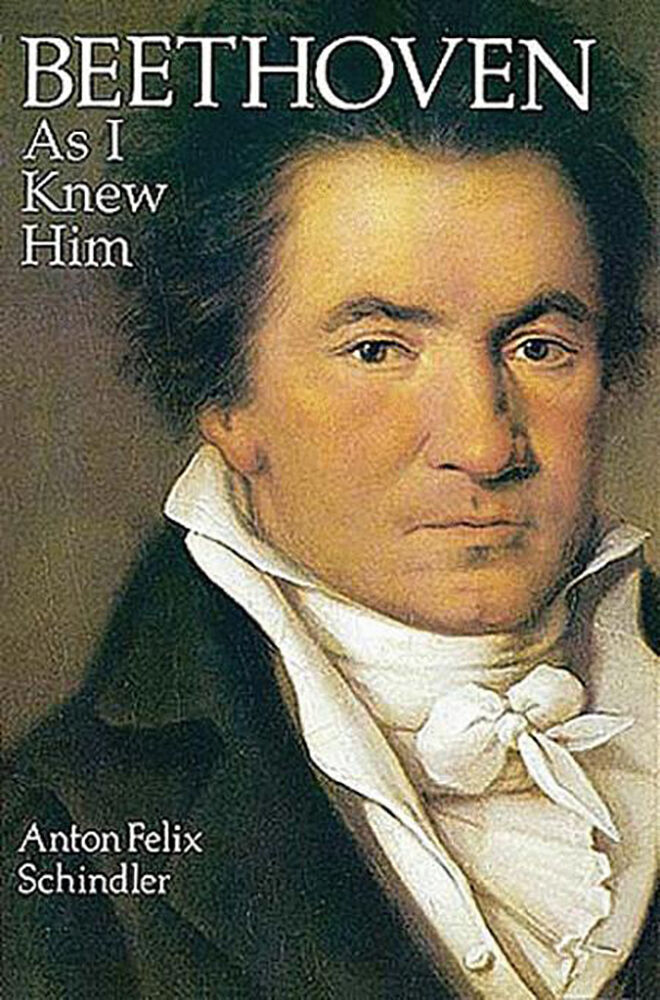 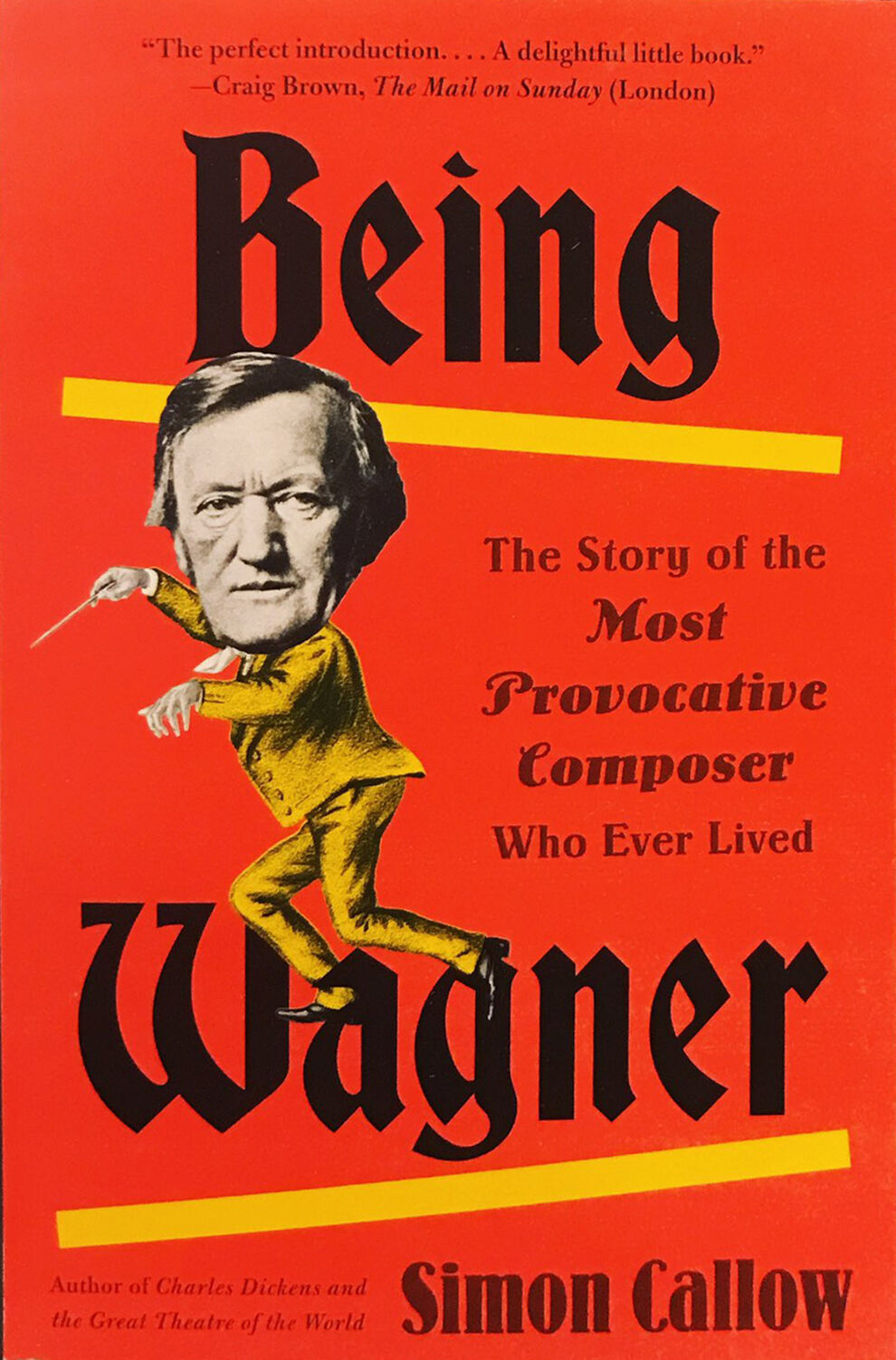 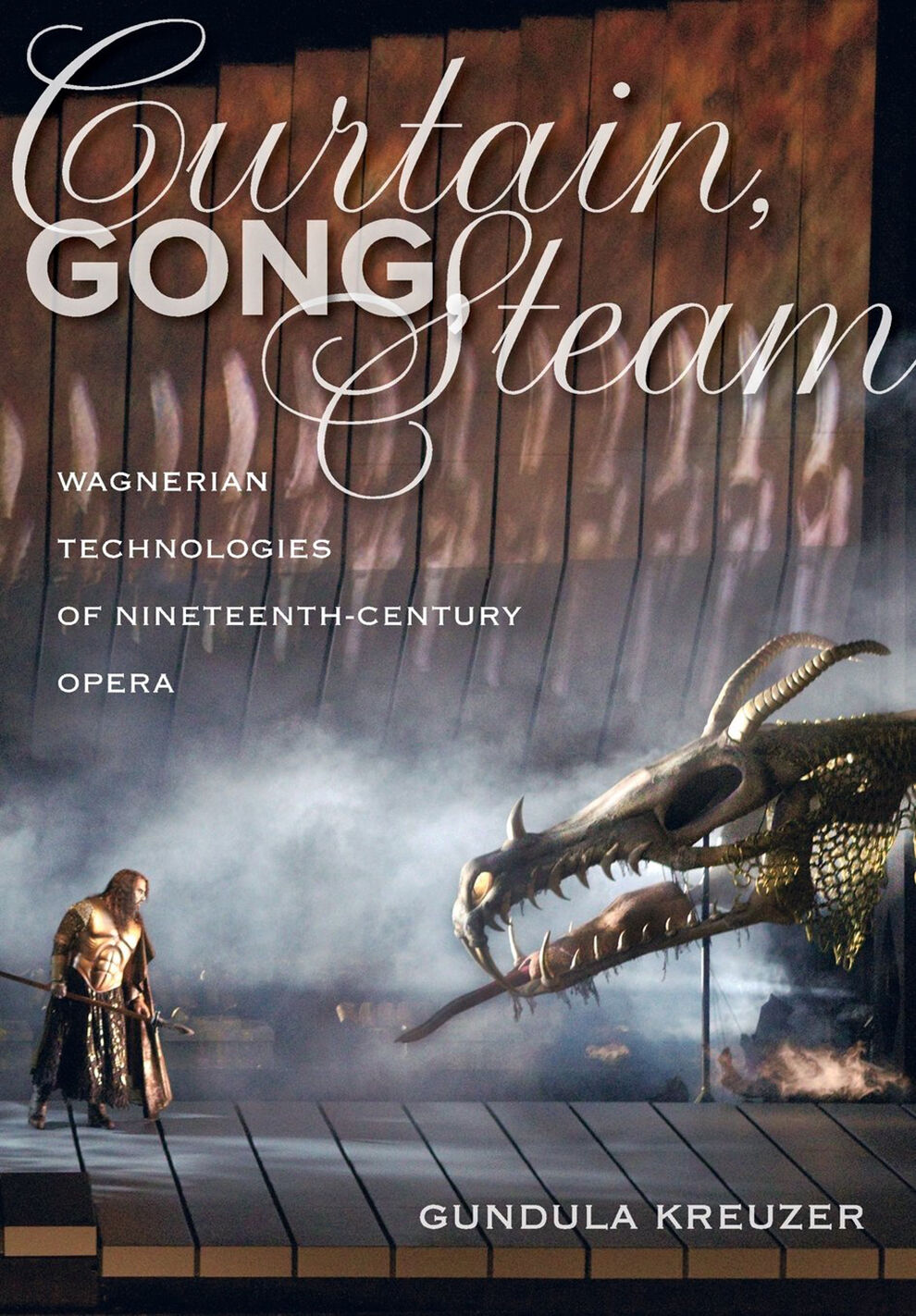 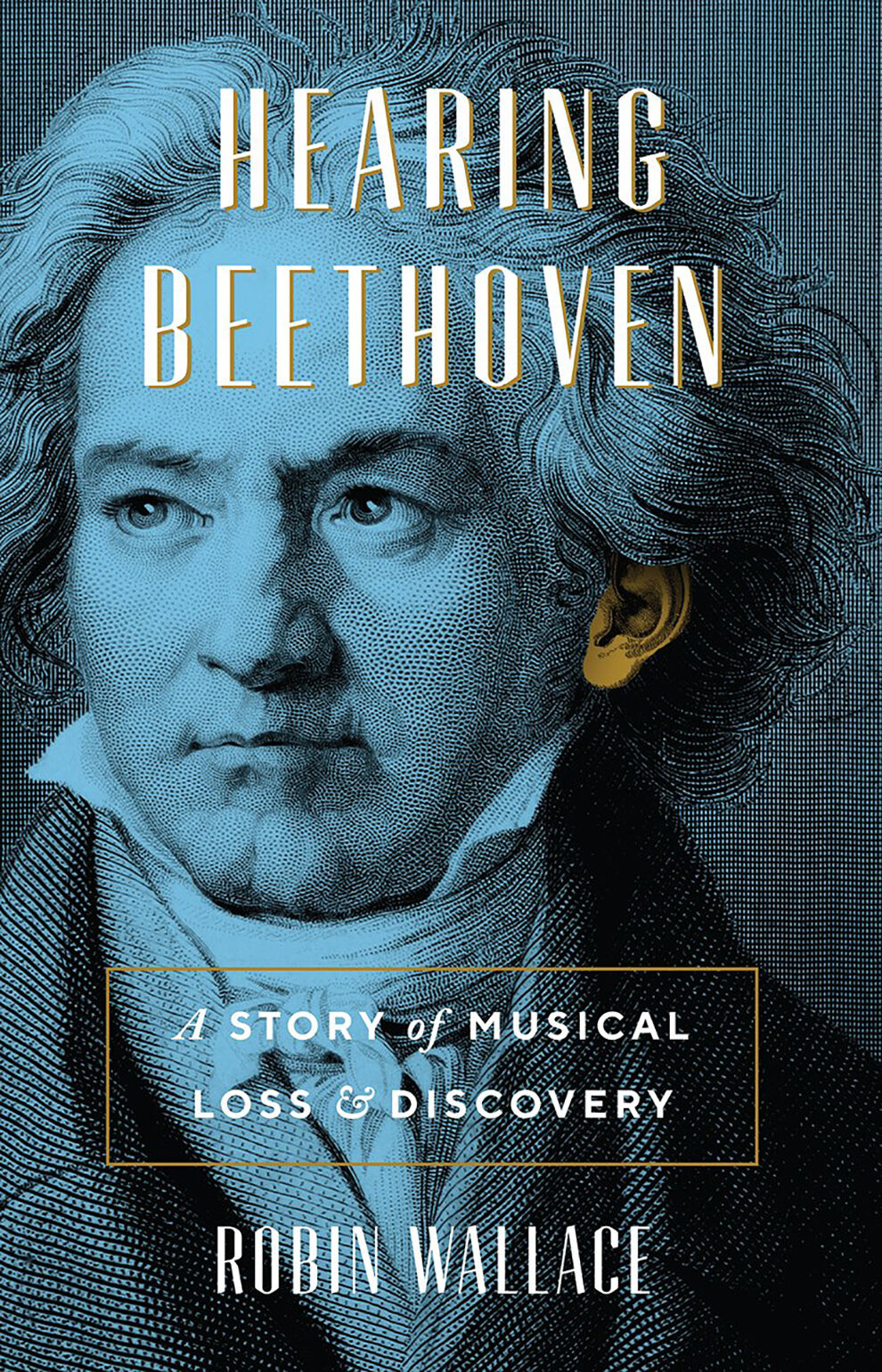 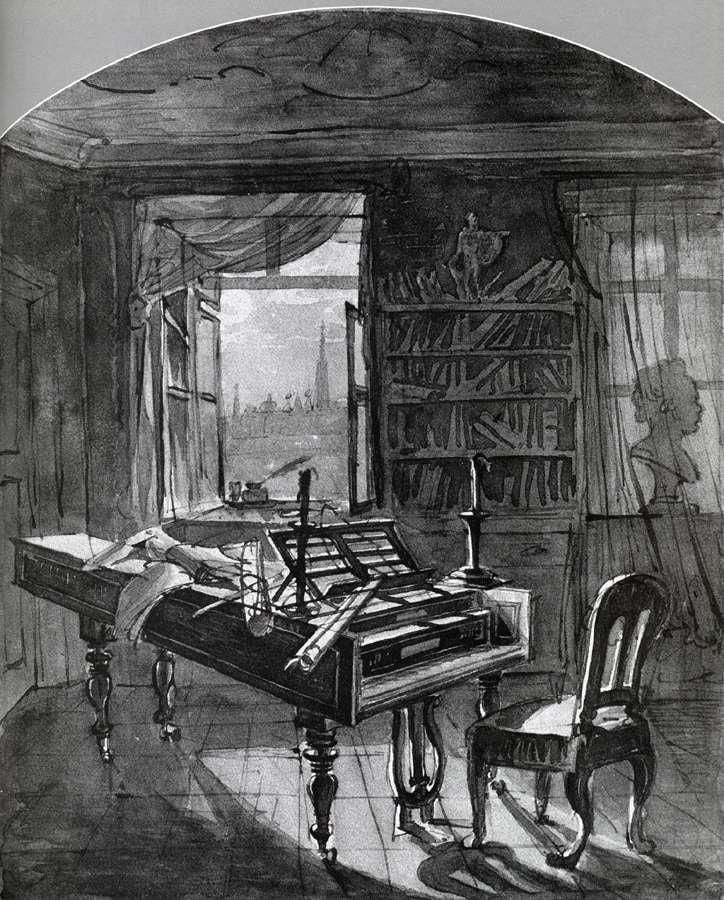 Richard Wagner and Ludwig van Beethoven are probably the two most chronicled composers who ever lived. Still, there’s never a shortage of new tomes about each, as well as some fascinating discoveries to be made in one of the earliest biographies about Beethoven. The two books about each of the Romantic-era masters highlighted below offer new insights and varying perspectives on these iconic composers.

This year is a major Beethoven anniversary — 250 years since his birth in Bonn — but no major books about him have been released so far this year. Two big biographies are slated for the fall, but meanwhile, this 2018 release offers a point of view that combines musicology with a deeply emotional personal experience.

The author is a Beethoven scholar whose wife, Barbara, suddenly became deaf in her late 40s. Beethoven and Barbara both turned to the best technology of their times for help, often with frustrating results. The composer used ear trumpets; Barbara used pocket talkers, which are an electronic equivalent. Beethoven put a resonating box on his piano to redirect its sound toward the keyboard; Barbara tried cochlear implants, which worked reasonably well for speech but not for music, scrambling adjacent notes so they sounded alike.

Both made use of “conversation books,” blank volumes in which a hearing person’s statements are written and given to the deaf person for a reply. (Beethoven wrote and kept hundreds of conversation books over the course of his increasing deafness, and they became a source of controversy after his death, as recounted in the next review.)

Wallace also identifies a substantial correlation between Beethoven’s growing hearing loss and changes in his compositional techniques. He used initial sketches more often and frequently worked out ideas with multiple revisions. There’s also an increased focus on the concentrated development of short musical motifs. Hearing Beethoven can’t definitively determine whether the composer’s many late masterpieces resulted in part because of his hearing loss or came about despite it. But this uniquely structured book dovetails musicology and memoir in a compelling and compassionate way as it examines its twin subjects.

This biography of Beethoven — one of the first ever written about the composer — shouldn’t be anyone’s first or second book on the subject, but it still makes for a fascinating read. Schindler was essentially Beethoven’s private secretary for several years, up until the composer’s death at age 56 in 1827. He was also a top-notch scoundrel who appropriated hundreds of Beethoven’s conversation books, destroying some of them and writing forged entries in others. They became the selectively used raw material for this biography, which melds hero-worship, self-aggrandizement, myth-making, and extensive anecdotes about the composer.

Scholars spent decades sorting out fact from fiction in Schindler’s book, and this 1960 translation of it was edited with extensive annotations by Donald W. MacArdle. Now it can be read as a case study in how the Romantic-era legends around Beethoven were first formed, such as the composer’s alleged description of the Fifth Symphony’s opening chords — “Thus Fate knocks at the door!” — which Schindler almost certainly manufactured, among many others.

Schindler had little reason to falsify or embroider his reporting on Beethoven’s private life and habits, however, which are described with wit and vigor. Unlike most early-19th-century Europeans, Beethoven believed in frequent washing and bathing. Here’s Schindler’s description of a typical morning in Ludwig’s apartments:

“He would stand in great deshabille at his washstand and pour large pitchers of water over his hands, bellowing up and down the scale or sometimes humming loudly to himself. Then he would stride around his room with rolling or staring eyes, jot something down, then resume his pouring of water and loud singing. . . . Often so much water was spilled that it went right through the floor. This was one of the main reasons for Beethoven’s unpopularity as a tenant.”

BEING WAGNER: THE STORY OF THE MOST PROVOCATIVE COMPOSER WHO EVER LIVED, by Simon Callow, Vintage, 2018, 256 pages, $16.95 (trade paperback)

Richard Wagner is the cilantro of opera, with a highly distinctive flavor profile that some palettes adore and some abhor. For those in the middle, the interested but unsure, it can be hard to know where to start. There are so many books about him, often with intimidating titles such as Goethe, Nietzsche, and Wagner: Their Spinozan Epics of Love and Power, or of, well, Wagnerian length — the “Ring Cycle” of biographies is Ernest Newman’s classic four-volume set at 2,680 pages and a $244 price tag for the paperback edition.

Now British actor/stage director/author Simon Callow has made the “Where to start?” decision for you with his recent Being Wagner, “an infectiously readable biography” (Kirkus Reviews) which is “intelligent, fluent, and buoyant” (The Daily Telegraph). It’s an engaging overview of Wagner’s life and his personal and professional relationships, especially his mesmeric ability to convince those who had every reason for hostility that they should help make possible his artistic ambitions. Bonus points to the author for including a useful chronology, a complete list of Wagner’s musical works, and a selective bibliography.

One of the biggest problems with books about opera is that they’re usually written by music historians who focus most of their attention on the music and slight the theatrical aspects. And why not when the score is an immutable object, and the stage direction and designs can vary from production to production?

It’s problematic because the theatrical conventions, stage and equipment design, and technological innovations at the time a work was written often profoundly influenced its nature and content, especially during the 19th century. This was an era when composers and librettists became increasingly more concerned with the specifics of staging and how they interacted with music and text, often preparing detailed “stage manuals” to accompany their scores. (Giacomo Meyerbeer’s manual for his grand opera Le prophète even included the names and addresses of firms that could supply all machinery required for its special effects.)

Curtain, Gong, Steam is a deep dive into the subject, looking not only at Wagner’s operas but those of Meyerbeer, Verdi, and their contemporaries. So it will be of interest primarily to those with some background in music or theater, or at least frequent opera attendance. One of the author’s most intriguing ideas is an exploration of the fallibility of technology in performance, a theme she traces right up to Robert Lepage’s infamous Ring Cycle at the Metropolitan Opera and its many malfunctions since it began to roll out in 2010-2011.