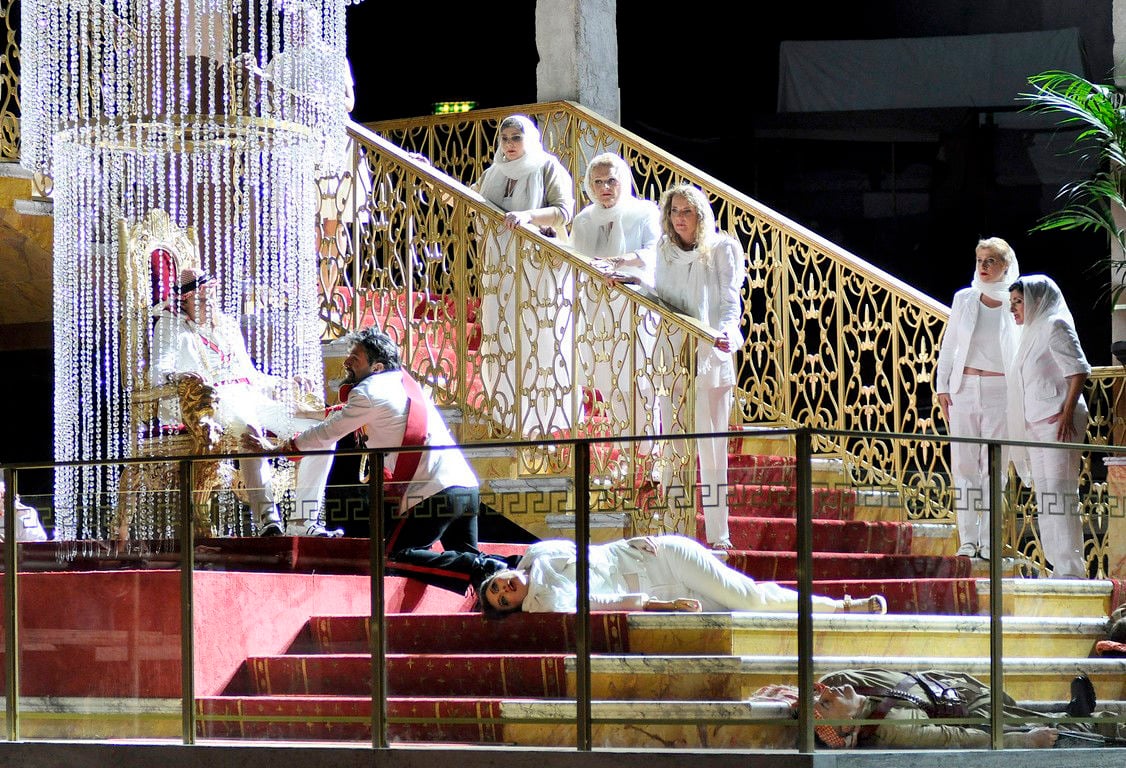 Mosè in Egitto from the Rossini Opera

Carmen from the Metropolitan Opera 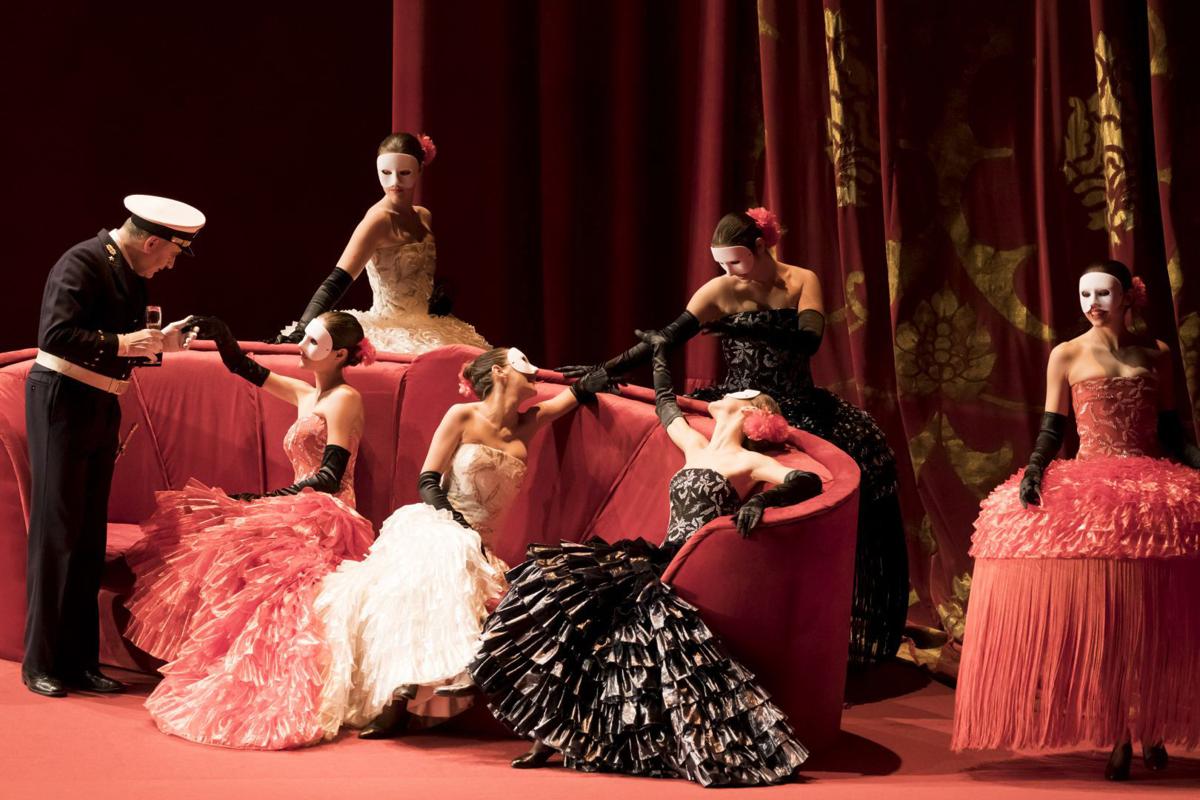 Mosè in Egitto from the Rossini Opera

Carmen from the Metropolitan Opera

Nothing equals the in-person experience of attending live opera and classical music performances, but while we’re all hunkered down at home, there are some free or not outrageously expensive opportunities to have the best seats in the house (in this case, your living room) for a growing number of performance telecasts. More and more organizations are making material available online, with scheduling specifics usually announced a week to 10 days ahead of time. All the listings below are free of charge, except where a specific subscription fee is listed.

The Metropolitan Opera launched its Live in HD broadcasts almost 15 years ago, so it has an extensive library to draw from. It’s now offering a daily free streaming of a broadcast available on its website (look for the Nightly Opera Stream banner on their homepage, metopera.org) and via the Met Opera on Demand apps for Apple, Amazon, and Roku devices, and on Samsung Smart TV. Each broadcast is available starting at 5:30 p.m., local time, through 1:30 p.m. the following day.

If an opera a day isn’t a strong enough prescription to satisfy your craving, there’s the Met’s unlimited subscription plan, called Opera on Demand. It’s $14.99 per month or $149.99 per year, with a 33 percent discount on the annual plan for Metropolitan Opera members. There are more than 200 performance videos available, most from the HD series but also some from Live at Lincoln Center telecasts, plus audio broadcasts going back as far as the 1930s. Hint for binge-watchers: There’s a seven-day free trial option available.

The Met is the only American company to telecast productions, but many European opera houses do so and are now offering free streaming as well. This is a terrific opportunity to see productions from some of the world’s most renowned companies. Here are some of the most intriguing options.

OperaVision is a collaborative project involving 29 European opera companies that are making production videos available for viewing free of charge. An especially nice touch — when you enter via operavision.eu/en/library/óperas, the broadcasts display English-language titles automatically.

Some of the companies are from the biggest-of-the-big-names arena (Royal Opera House, Teatro La Fenice, and Teatro dell’Opera di Roma, to name three), while others are important, high-quality groups that aren’t quite as prominent, such as Prague’s National Theatre, the Opéra-Comique in Paris, the Komische Oper Berlin, and the Hungarian State Opera. There are currently 21 complete operas available for viewing, ranging from less-familiar works like Erich Wolfgang Korngold’s Violanta, Franz Schreker’s Der ferne Klang, and Stanisław Moniuszko’s Halka, to many standard repertory titles. Go to operavision.eu/en/library/óperas and you’ll find them all.

The Vienna State Opera streaming program is replicating as much as possible the daily repertory that ticketholders would have seen in its sumptuous theater this spring. It’s at staatsoperlive.com.

Rossini fans who want to go beyond the usual suspects, like The Barber of Seville and The Italian Girl in Algiers, should check out the Rossini Opera Festival‘s broadcasts. Their repertory so far has included such rarities as La scala di seta, Zelmira, Sigismondo, and Mosè in Egitto. Head to rossinioperafestival.it, click on the “EN” in the upper-right corner (unless you’re fluent in Italian), and then on “Soirées musicales.”

There’s not quite as much available in terms of classical music concerts in telecast mode, but there are some high-quality possibilities.

The Berlin Philharmonic is widely regarded as one of the world’s greatest orchestras, and it performs in a stunning contemporary hall. You can access a large library of concerts featuring top-shelf conductors and soloists by going to digitalconcerthall.com/en/news and clicking on the “Redeem Voucher” button. That takes you to a registration page with an email confirmation of your account.

There’s also first-rate material available from France’s arte.tv, including jazz, world music, and hip-hop, as well as classical music and operas. Items in the latter two categories include a concert by the Munich Philharmonic conducted by Valery Gergiev (Gustav Mahler’s Symphony No. 5 and Richard Strauss’ Four Last Songs) and a staging of Astor Piazzolla’s tango opera María de Buenos Aires. Go to arte.tv/en/arte-concert/ and then scroll down until you see the “Classical Music” and “Opera” buttons. Not everything on the site can be streamed in the United States, so it takes a bit of trial and error to find what’s available here.

Winner of the award for best new concert series title goes to the Budapest Festival Orchestra for its Quarantine Soirées. They are daily live broadcasts of chamber music and small ensemble concerts from the orchestra’s rehearsal hall and can be found at bfz.hu/en/media/quarantine-soirees. They take place at 12:45 p.m., local time.

By far the largest number of orchestra broadcasts (more than 1,000) can be found at medici.tv, as well as more than 200 operas and 100 ballets. Most of it is contemporary material, but there are also opportunities to see Charles Munch conducting the Boston Symphony Orchestra and Herbert van Karajan lead the Berlin Philharmonic. Of course, it’s not free to emulate the famous Renaissance family of arts patrons; a monthly medici.tv subscription is $12.99, while a one-year subscription offer is currently available at $83.85.

If you’d like to listen locally, 19 seasons of Santa Fe Chamber Music Festival performances are available online, thanks to the group’s partnership with the WFMT Radio Network. There’s no video, but you can always close your eyes and imagine that you’re in St. Francis Auditorium or the Lensic Performing Arts Center. To tune in, go to santafechambermusic.com/radio-programs.

A final note on the live and local front. If you’re holding tickets to performances here that are canceled, please strongly consider donating them back to the producing organization instead of requesting a refund. Most of them will use the proceeds to help pay the musicians who didn’t receive a performance fee, and all of them can use our financial support at this time.

Thanks for putting these valuable resources all in one article.