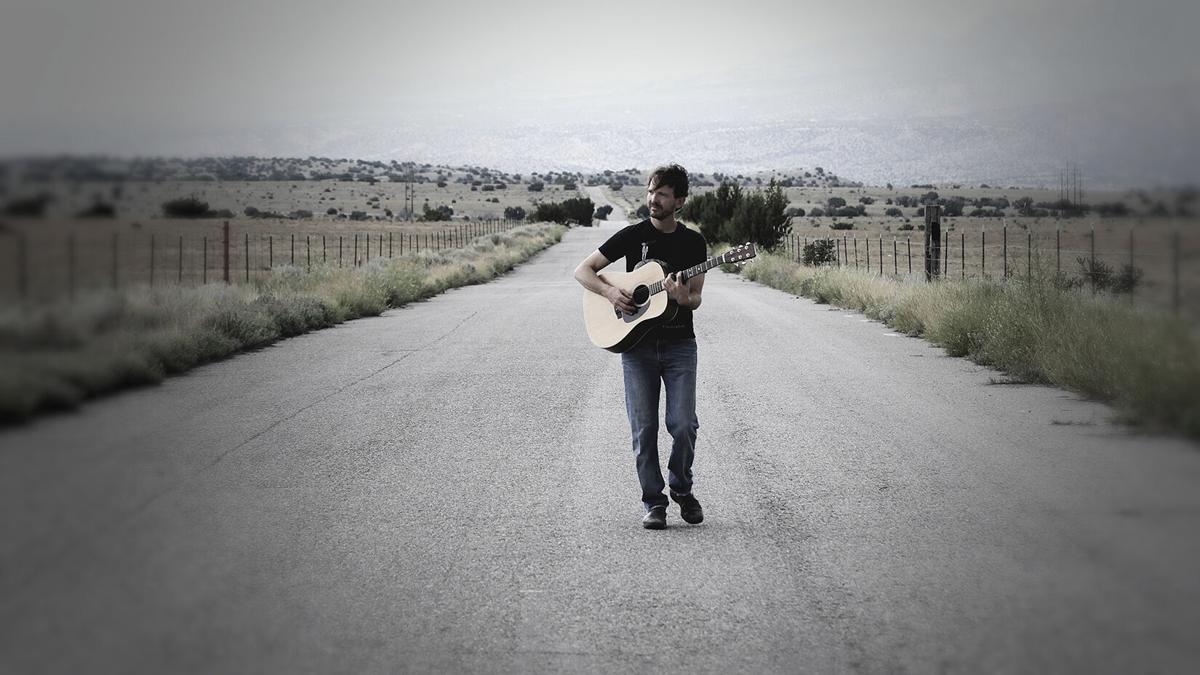 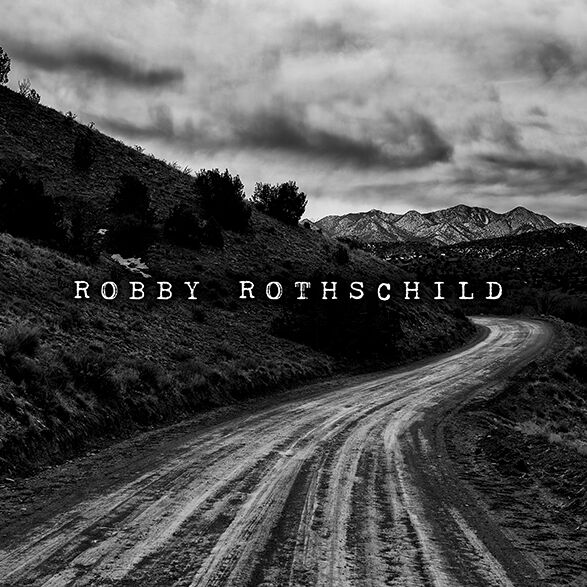 Watch the video for “Encircled”

The first song on Robby Rothschild’s self-titled solo album starts out haunting but hopeful. The guitar intro sounds like walking toward something, following a point of light in the dark.

“I want to wash my mind where the waves of brine come welling up from under. The changing line where the tide reaches. I want to hold my truth so the blaze of youth can work me fully over,” he sings on “Untie Me.”

Rothschild says the song captures the amicable, respectful, and yet grief-filled breakup of his marriage in 2019. Still, some of the lyrics also work as metaphors for striking out on his own as a musician. For 16 years, Rothschild, 44, was one half of Round Mountain, a world-music-driven duo that also featured his older brother, Char. There was no dramatic breakup. After so many years, their creative dedication faded and other opportunities beckoned. Now, with the Jan. 15 release of his first solo album, Rothschild is carving his own niche in the musical landscape, weaving world-music and folk influences to a more pop-oriented, Americana-tinged sound.

The musician Kip Winger mixed the EP’s six tracks, five of which Rothschild wrote while he was touring with Winger (a former Santa Fe resident) in Australia early last spring. It’s an emotional, lyric-driven album that hinges on the power of Rothschild’s voice.

Classical guitarist Ottmar Liebert joins Rothschild on the final track, “Bead of Glass.” “Robby is one of the most gifted musicians I have met,” he says. “He has perfect pitch and perfect rhythm, and could make the rest of us look bad, but instead he lifts us up. For years, I have been telling him that he should write a symphony for orchestra and djembe, but his heart is in writing songs.”

Here, Rothschild talks about the new album, his musical past, and his deep connection to his hometown.

Pasatiempo: What instruments do you play, and how old were you when you started playing music?

Robby Rothschild: On this EP, I play guitar, kora — which is a West African instrument — drums, and percussion, and I sing. I play piano as well, so there will probably be some of that on future stuff. The only instrument that I play moderately well that’s not on the album is the Irish bouzouki.

I started playing drums with Lizard House, when I was 13, with my brother and two of our friends. We did pretty well in the teenage scene of Santa Fe. I think my first gig ever was at Reality Fest, at St. John’s College. We went on at three in the morning. That was a formative night. There was somebody [in the crowd] who kept saying, “Go, little boy!”

Pasa: What kind of music did you play?

Rothschild: It was kind of Beatles-inspired pop. The fact that we didn’t become the next Beatles was a scar that probably stayed with all of us. Lizard House went on for about five years, through different twists and turns. Somewhat into that, I met Kip Winger.

Pasa: Winger fronted a hard-rock band called Winger in the late 1980s and early ’90s. In the mid-1990s, he taught music business courses at the College of Santa Fe. Did you take his class?

Rothschild: Char took the class. I audited it. We gave Kip a demo of Lizard House, and he dug it. He had me play percussion on his first solo album, in 1996, and I played on subsequent solo records. He called me to play in Paris with him in 1998. Then he moved to Nashville, and I lost track of him for a while.

Pasa: Your voice is strong on the new album. It was showcased in Round Mountain, but this is something else. You really belt it.

Rothschild: Kip mixed the album very differently than I would have. If I had mixed it, my voice would have been quieter. He made me up my game in terms of vocals. It’s also his influence that you’re hearing in the belting. He can sing like that.

Pasa: It’s a poetic album, with lyrics that are as carefully crafted as the music. What’s your songwriting process?

Rothschild: Usually, songs arrive to me either as melodies and I later fit words to them, or they come as both. Generally, I take an instrument and go up to Chamisa Trail or Little Tesuque. It’s hard, lately, with the cold, but I’ll sit somewhere and try to find music in that place. I think that music lives in places.

Pasa: You were born and raised in Santa Fe. Can you describe your connection to your hometown?

Rothschild: I’m a Casa Solana kid. I went to Gonzales [Elementary School], Alameda Jr High [now Aspen Community Magnet School], and Capital High. I can’t flourish away from here. It’s an amazing place that simultaneously repels you and draws you closer. It’s like a green chile umbilicus. My whole mythology is rooted here.

Pasa: Have you ever lived elsewhere?

Rothschild: I’ve forayed out, but I didn’t do well. When I was in Boston [for graduate school, in 1996], I felt myself sort of shrinking. It was fall, but I couldn’t go down to the Manzanos and check out the leaves. There are beautiful leaves in Massachusetts, of course, but the space and the emptiness here are deeply in my bloodstream. When I moved to Paris, in 2003, it was kind of an experiment. I didn’t have kids yet. It was going to be the last opportunity for a while to step away and redefine myself. But I was very hermetic. I worked really hard on French, I did some orchestration classes, and I didn’t make any friends. I stayed home and ate lentils all the time, which is maybe not the way to do Paris, as I later came to think.

Pasa: Your album has a surprising amount of water and ship imagery for someone so tied to a landlocked region. Can you explain that?

Pasa: You recorded the album during the pandemic, at a distance, with other musicians and singers. How are you feeling about how the virus has affected your ability to play music with other people and perform for live audiences?

Rothschild: It’s dreadfully complicated. I hope it gets better. The very essence of music means doing something in a room together. That it should not be possible, should be not legal — it’s the worst possible thing that we could have to deal with. I always wear my mask, but it makes me sad that music is off-limits. What could be more an expression of love than singing? ◀

Robby Rothschild is available at robbyrothschild.com.

Love the song and video! Valle Vidal? and the connection to Winger rocks. As a parent of Casa Solana area kids now, this makes me feel hopeful, so thanks for that ;0)