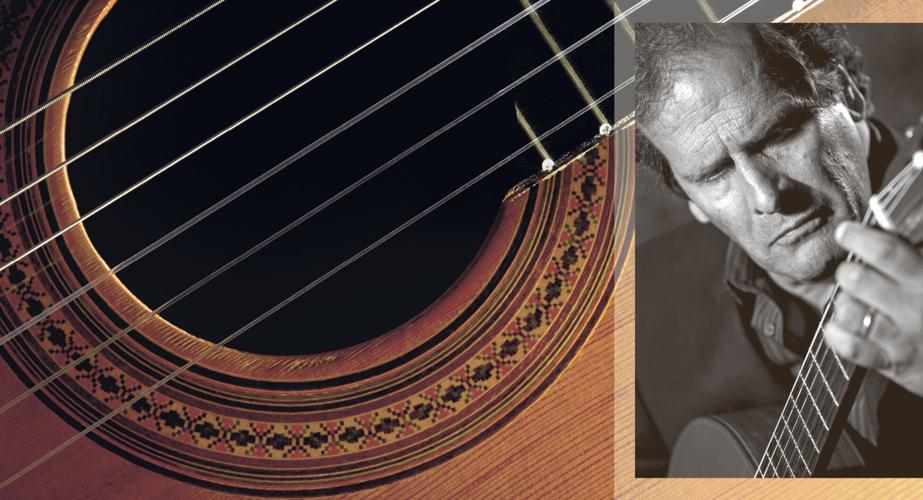 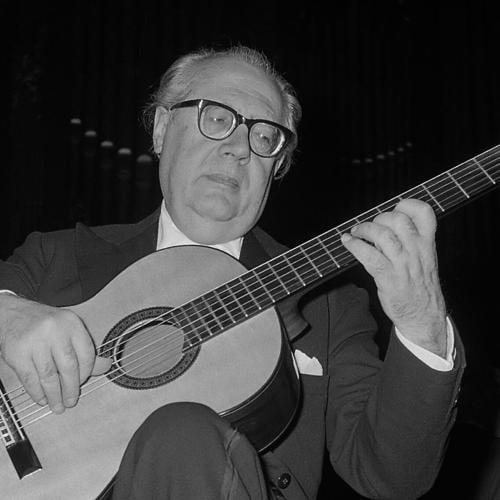 He was just a talented kid thrust into an unfamiliar position by his diligence and preparation. Five decades later, Eric Henderson is still touring and mining the skills he learned from Spanish guitar master Andrés Segovia.

Henderson, who has expanded the classical guitar canon to include rock-and-roll classics, will be performing at the Jean Cocteau Cinema on Jan. 27 and 28, and he hopes to give the audience something to appreciate even if they can’t tell a Bach composition from Bachman-Turner Overdrive.

“I just realized life’s too short,” says Henderson about his repertoire. “If you’re not doing something you’re passionate about — and something that’s fun — you’re not going to last. The audience is going to sense it. When I started bringing that stuff to concert repertoire, I was amazed at the response.”

Henderson, 64, was still a young man when he came to that understanding, but he had already lived a life in music. He first picked up the guitar at age 6, and the California native cites inspirations as varied as Elvis Presley, the Beatles, and Ricky Nelson playing with his band in The Adventures of Ozzie and Harriet.

By the time he was 12, Henderson was already skilled enough to contemplate a career as a musician. And it was a chance encounter with Segovia — prompted by his guitar instructor, Antonia Morales — that changed his life forever.

Morales had trained under Segovia’s student and right-hand man, Aureo Herrero, and suggested that Henderson write the master a handwritten letter communicating his admiration. Then, with Segovia playing in Los Angeles at the Dorothy Chandler Pavilion, a pre-teen Henderson found himself getting the chance go backstage and play for him.

Segovia, a classical guitar pioneer, had already been touring for decades by this point, and he would later be awarded a Grammy Lifetime Achievement Award in 1986. Now, a half-century later, Segovia is no longer with us, but Henderson can still recall his moment of truth.

“He was talking in Spanish to Antonia. He nodded toward me and said, ‘If you can get to Spain, I’d like to work with you,’” recalls Henderson. “I thought, ‘Well, this is normal.’ My parents were waiting outside, and I told them what he said, and it floored them. They said, ‘I guess you’re going to Spain next year.’”

That’s how Henderson found himself in the summer of 1971 living in Spain and learning from one of the world’s most prominent classical guitarists.

His dad, a college professor, accompanied him to Spain for the first three months, but by and large Henderson was on his own.

He says the lessons with Segovia frequently lasted 12-14 hours a day, and he would do that for nine or 10 months of the year. Henderson would periodically come home to California to surf and hang out with his friends, but he describes his tutelage as a somewhat isolating experience.

“I was petrified,” he says. “Segovia scared the hell out of me. It’s funny because when I played for him [initially], I wasn’t nervous. Maybe it’s because I hadn’t gone through puberty yet. I didn’t overthink it. When I got there, I was nervous. I was very homesick a lot of the time.

“But I buried myself in practice. Segovia was absolutely terrifying at times but at the same time incredibly patient and generous.”

Henderson spent two years working with Segovia in Spain, and another two years training under Herrero and Ernesto Bitetti. One lesson, half a century later, still stands out. Segovia was demonstrating a classical guitar technique, and he spent at least an hour on one narrow application.

“It was really fascinating and to this day I’m still gleaning valuable information from that experience. He’d get frustrated because I wasn’t getting it,” says Henderson. “He wanted me to collapse from the middle knuckle of my right-hand fingers slightly so when you grabbed the chord you struck it from a distance and also half-collapsed your fingers. You got this combination of what they call free strokes, or tirando, and apoyando, which is rest strokes. It’s really unique to Segovia. It sounds explosive when you get it right.”

By the time Henderson was 15, he was ready to start playing for live audiences. He played his first show in Holland, and he also got the opportunity to play a live radio show with an audience in the studio. And at that performance, another door swung wide open. Henderson says that Leo Samama, son of Sylvio Samama, the head of DeKoos Concert Management, was in the audience for that gig. Henderson won the chance to play for the elder Samama, which ultimately set his fledgling touring career in motion.

The impresario wanted Henderson to wait a year and come back to play a 24-show tour of Europe. By the time he returned for that tour, Henderson had also signed with Columbia Artists Management in the United States. Now, with the benefit of hindsight, he believes success may have come to him too quickly.

“I think I was too young,” he says of touring at 17. “In my mind, I thought, ‘I’m going to study hard for my four years in Madrid. And then I get to come home and be a kid, enjoy surfing, and be with my friends and family.’

“Instead, I found myself on tour. It was lonely and stressful. I was scared a lot of the time. I didn’t know what I was doing. I knew about technique but didn’t know how to put together a good program.”

Thrown directly into the touring meat grinder, Henderson was tasked with putting together two 90-minute programs; one for European audiences and one for American crowds. Here he was, a young man setting out on an exciting career, but he found himself frustrated and even a little burnt out.

Henderson says he was inspired not just by Segovia but also by rock guitarists like Jimi Hendrix and Jeff Beck. At the peak of his touring career, Henderson says, he was playing 120 shows a year, and he was struck by the fact that classical audiences expected a very narrow range of guitar playing.

“I just realized life’s too short. If you’re not doing something you’re passionate about — and something that’s fun — you’re not going to last. The audience is going to sense it."  —  Eric Henderson, about his repertoire

“They were doing atonal stuff and all kinds of tedious, long suites,” he says of other classical guitarists. “People would come to a concert for a first time and never come back. Because they were bored.”

At 26, Henderson took about a five-year break from performing, but he never lost his love of playing the guitar. And when he came back from his sabbatical, he came back with a new attitude. He wasn’t just going to play the classical material people expected. He was going to mix in some rock ‘n’ roll.

It started with Jimi Hendrix and the Are You Experienced album, but that was just Henderson goofing around behind closed doors. Then he started playing the surf rock classic “Pipeline” by the Chantays, which required him to learn how to play both the bass line and the melody line simultaneously. The audience reaction, he says, was immediately gratifying.

“All of a sudden I realized there are people who have never heard classical guitar,” he says. “They’re seeing the instrument with different possibilities and thinking, ‘This classical music is fun.’

“I gave myself permission to start playing some Hendrix arrangements that I had developed over the years and had only played privately or at clubs. Never on a concert stage. I’d get skewered. In fact I did; I got roasted by the Guitar Society. Now people do it. It’s not a big deal.”

That decision turned out to give his career a boost. Henderson was energized by the chance to vary his repertoire, and rock songs became some of his most distinctive performances. To this day, he says, Henderson’s audiences want to hear “Little Wing” and “Paint it Black” right next to Beethoven.

Beethoven’s masterpiece, Piano Sonata No. 14, has transformed into one of Henderson’s most indelible hits.

More than 3 million people have viewed his version of the piece, dubbed Moonlight Sonata, and Henderson says it took him more than three months to learn the piece and to be able to play it in public.

Henderson’s life encountered more adversity in 2002, when he contracted a flesh-eating bacteria in his right arm. The ailment was first misdiagnosed, and the extent of the condition was only correctly analyzed when he took himself to an emergency room.

“They put me in a medically induced coma, fed me antibiotics intravenously,” he says. “They removed a bunch of flesh on my right arm and had to transfer some veins. They were going to remove my right arm. ... The guy that saved my life happened to have two of my recordings.”

Henderson spent about a year recovering from that ailment, and he says it took him about a year of recovery from the pain and skin grafts before he could perform again.

Now Henderson finds himself in the position Segovia occupied when he met him. The guitarist has an indelible legacy of his own, and he’s had decades of experience teaching precocious young artists.

And when he thinks back to his own career origins, he wants nothing more than to be able to prepare them for their own beginnings.

“There are certain things you have to do in terms of technique and discipline. It takes tenacity and focus,” he says. “But as far as repertoire and preparing programs, number one is you’ve got to think about what you love. And if it’s not something you love, you’re not going to want to spend time on it.”

Copyright © The Santa Fe New Mexican | Terms of Use
Powered by BLOX Content Management System from BLOX Digital.
You don't have any notifications.