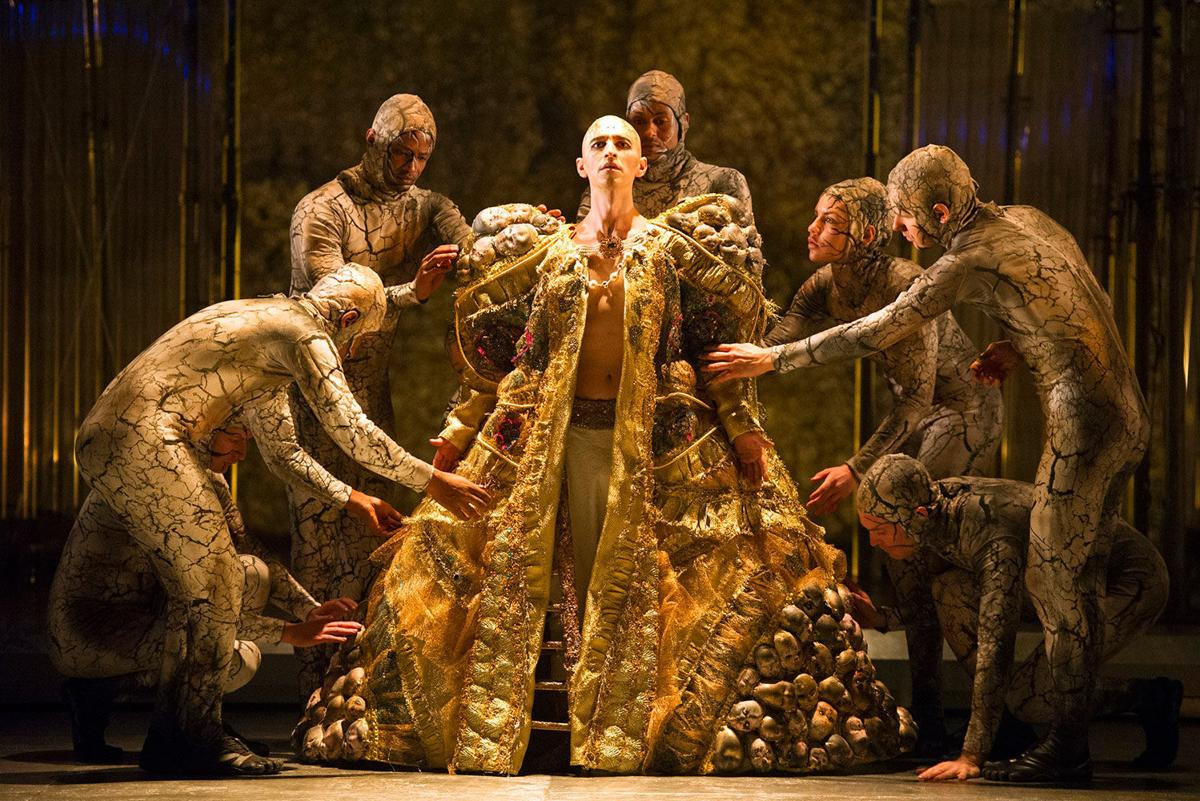 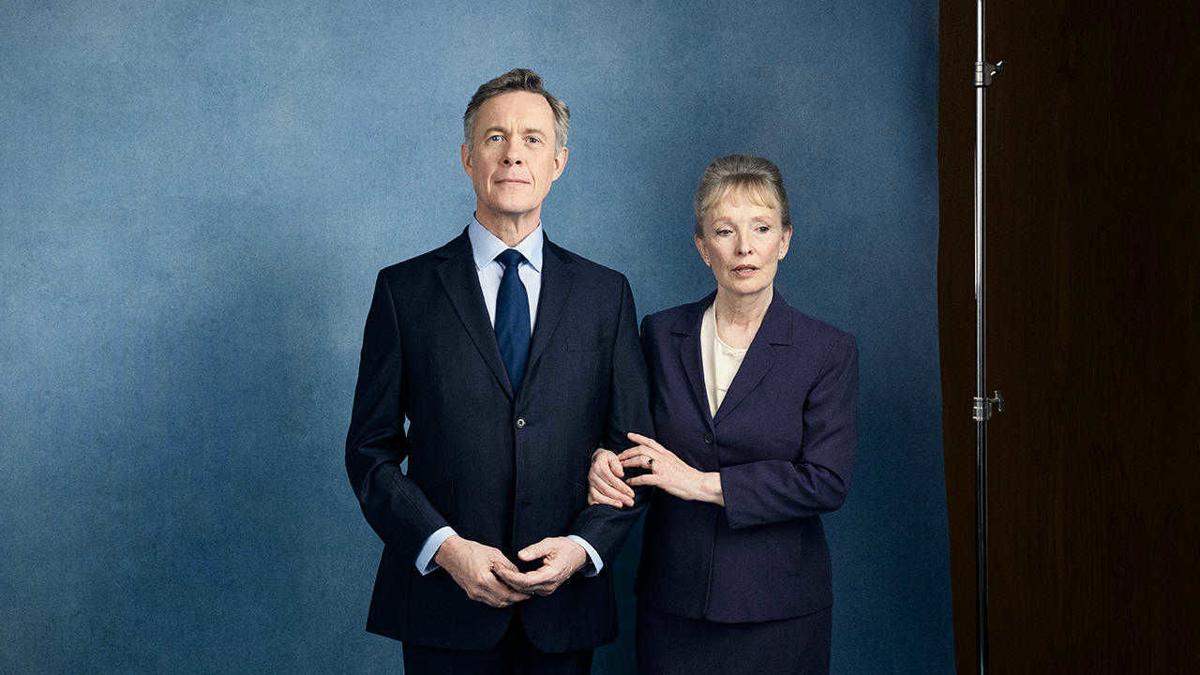 Recent Lensic Performing Arts Center screenings of Hansard (National Theatre Live in HD) and Akhnaten (The Met Live in HD) were potent reminders of how much these broadcasts (and their high artistic standards) have added to the local cultural scene and that a significant emotional impact can be generated by the simplest of theatrical means as well as the most complex. They’re also an excellent value, with ticket prices capped at $28.

The Metropolitan Opera formula is simple: Each new-to-the-company production gets an HD broadcast, which helps ensure A-list casting and highly committed performances. The other screenings are primarily revivals of standard repertory pieces, which tend to vary more in quality.

The National Theatre ranges more widely for its productions, supplementing its own shows with some from London’s West End, such as The Audience with Helen Mirren and King Lear with Ian McKellen.

Hansard inhabits the smallest end of the spectrum — a two-character, 80-minute drama that takes place at a country home in 1988. (The Hansard is the daily transcript of Parliament’s proceedings.)

Robin and Diana are a middle-aged married couple. He’s a Tory MP feeling very smug for having just passed some homophobic legislation. She’s a virulent left-winger from a much less privileged background. He’s there only on weekends, while she’s full time, often in an alcohol-fueled haze. Their inevitable disagreements begin with badinage that seems straight from Noël Coward’s Private Lives, but soon their recriminations become more personal and more vicious.

First-time playwright Simon Woods gets beyond this predictability with a well-managed double reveal, involving their gay teenage son’s suicide and their own responses to it, that points them toward a reconciliation.

This may sound like a Hallmark Channel film scenario, but it packs a real emotional punch, thanks to Simon Godwin’s direction and the superlative performances by Lindsey Duncan as Diana and Alex Jennings as Robin. The uncanny parallels to today’s social and political climate here and in Britain provide additional resonance.

Akhnaten was larger in just about every respect, with complex scenery and lighting, a big cast and chorus, a 12-member “skills ensemble” (which means jugglers), as they were billed in the program, and a running time of three-and-a-half hours, including two intermissions.

Despite his 17-year reign, relatively little is known about the historical pharaoh Akhenaten, who imposed a monotheistic religion on his subjects, only to have it violently overthrown and his legacy largely erased. Composer Philip Glass embraced the mysteries surrounding his subject’s life, creating a piece that’s a hybrid of traditional opera forms and ritual dynastic pageantry. The score contains a great deal of beautiful music and successfully builds tension over long arcs, greatly aided by Phelim McDermott’s staging and its many striking tableaus.

Conductor Karen Kamensek led a musically convincing performance, with terrific portrays by countertenor Anthony Roth Costanzo of Akhnaten and mezzo-soprano J’Nai Bridges of Nefertiti, Akhnaten’s wife. Their Act II love duet was the high point of the production, with the extremely long trains of their red gowns entwining in a graceful visual representation of their long-flowing musical lines and their mutual passion.

There were a few misfires — the jugglers wear out their welcome after a few too many balls have gone astray and one of the lead characters was mysteriously decked out in full voodoo regalia — but overall, Akhnaten was an impressive artistic achievement.

Apart from relative scope, the place where the Met and NT offerings differ most is in each organization’s conceptual approach to the broadcast itself.

The National Theatre’s goal is to give patrons the sense that they are audience members for the live performance. The host is a pleasant, casually dressed young woman with a hint of a Caribbean accent, perched on the arm rest of a seat in the second or third row. She seems like a knowledgeable audience member who chats with you informally before you sit down. Camera placements are clearly in the audience, and the broadcast image moves from close-ups to wide shots in a very logical way, based on what’s happening.

The Met wants you to feel like you’re taking part in an important global event with up-to-date technical cinematic razzle-dazzle. Once the opera begins, it’s more like watching a filmed-in-the-studio adaptation with editing that can feel jittery as it jumps from shot to shot, sometimes with no discernible purpose. The Met is more actively cinematic, but the NT isn’t a flat document, just less flashy in its approach.

The backstage host (usually one of their glitzier divas) clutches a handheld microphone, offering breathless observations about the size of the international audience and the quality of everything that’s happening onstage, just in case you couldn’t tell yourself. The performers are almost always charming and funny during their intermission interviews; however, it’s always possible to flee to the lobby for a breather if necessary.

For the Lensic, the HD broadcasts have been a low-risk way to expand programming and build audiences. “We do a screening and subtract our direct costs from the ticket revenue, then split the remainder 50-50 with the content provider,” executive director Joel Aalberts explains. “There’s no guaranteed minimum payment, so it’s a very attractive financial model.”

Six more Met broadcasts are scheduled through May, beginning with Alban Berg’s Wozzeck on Jan. 11. Two NT screenings are currently on tap — Noël Coward’s Present Laughter on Dec. 17 and Arthur Miller’s All My Sons on Jan. 29 — with additional dates to be announced soon.