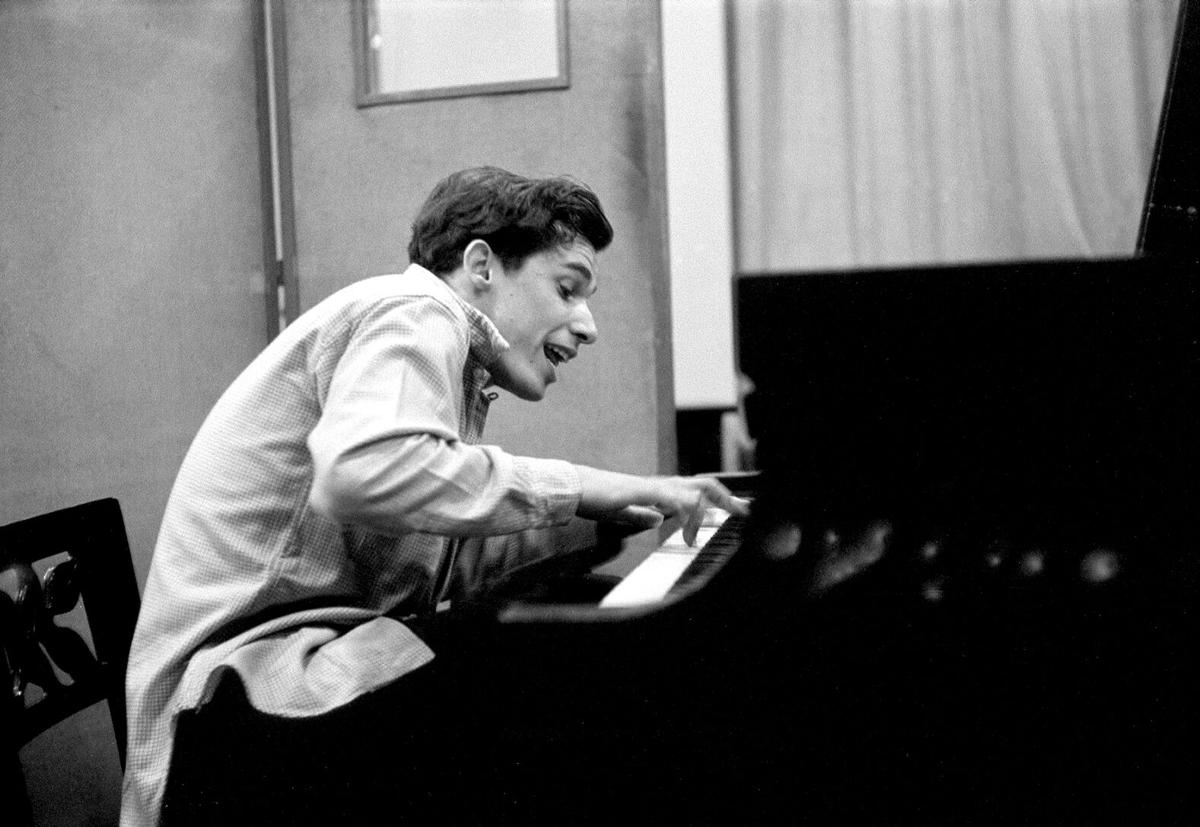 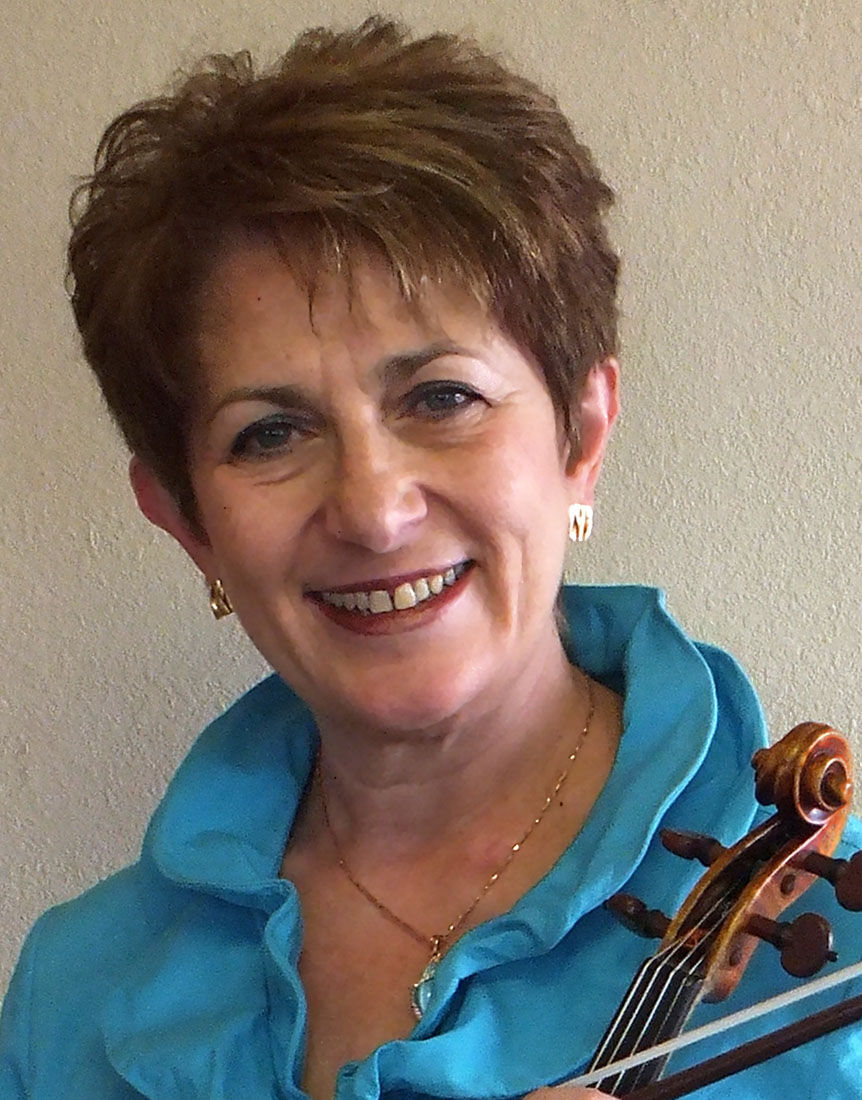 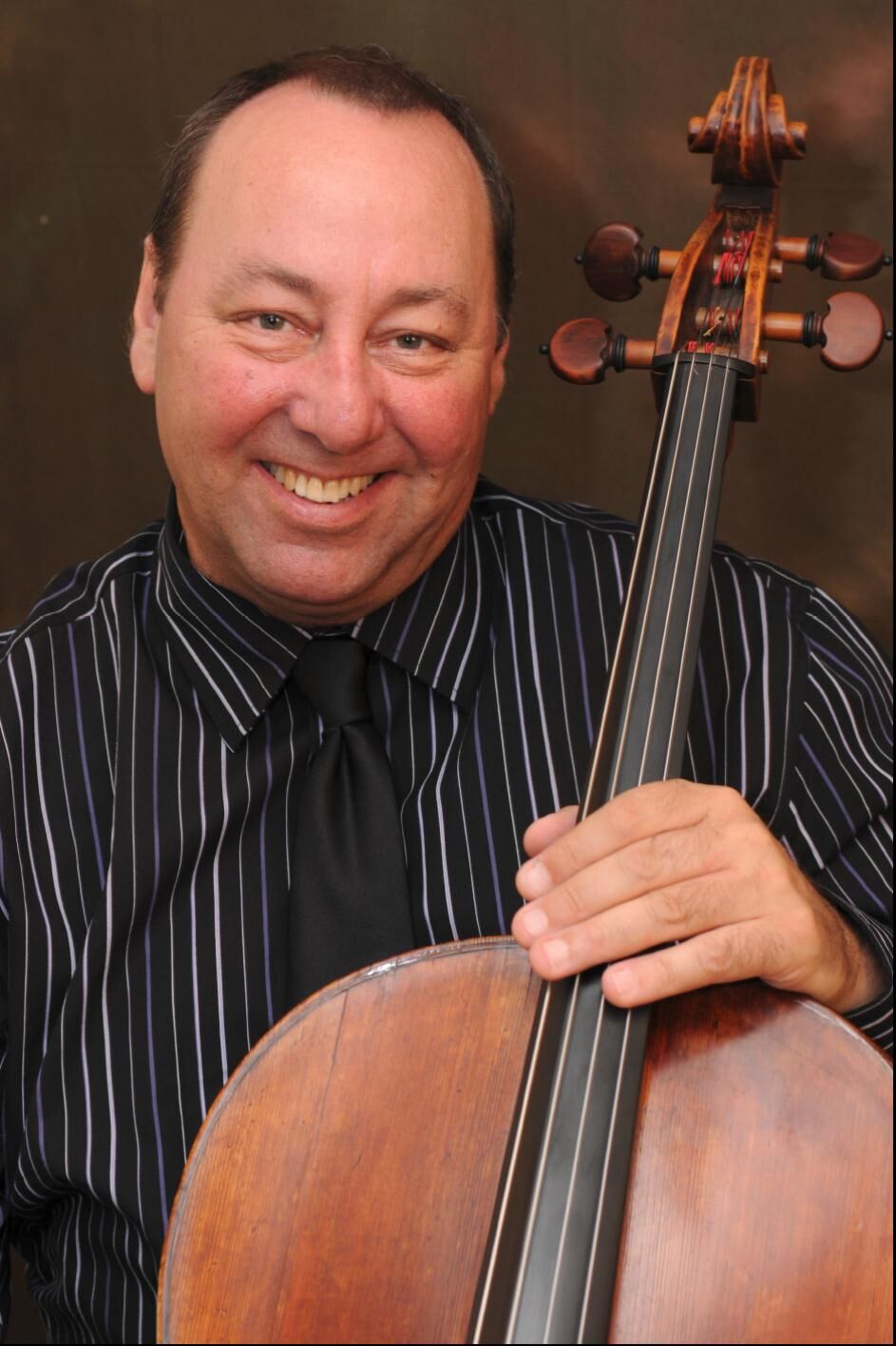 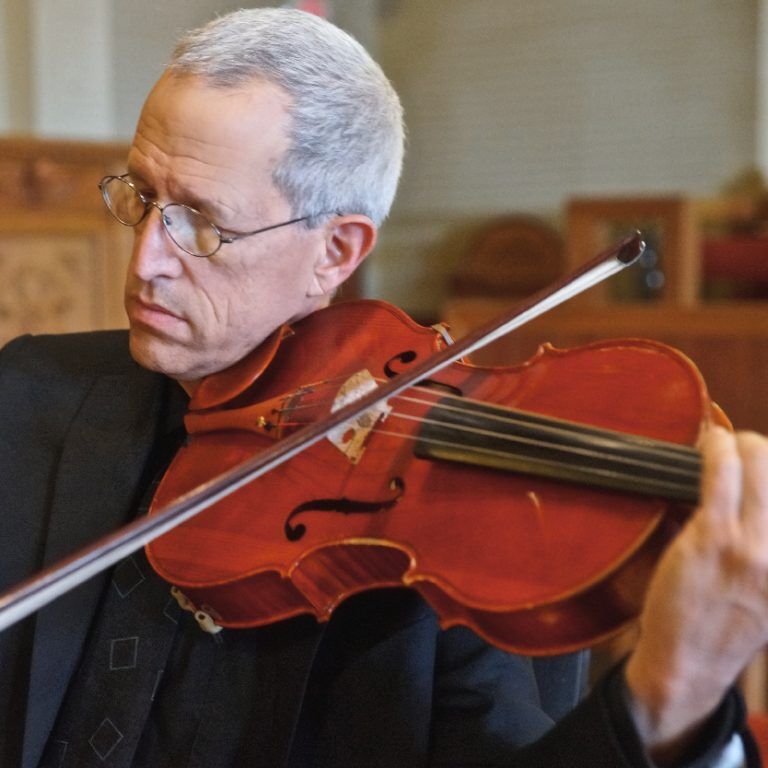 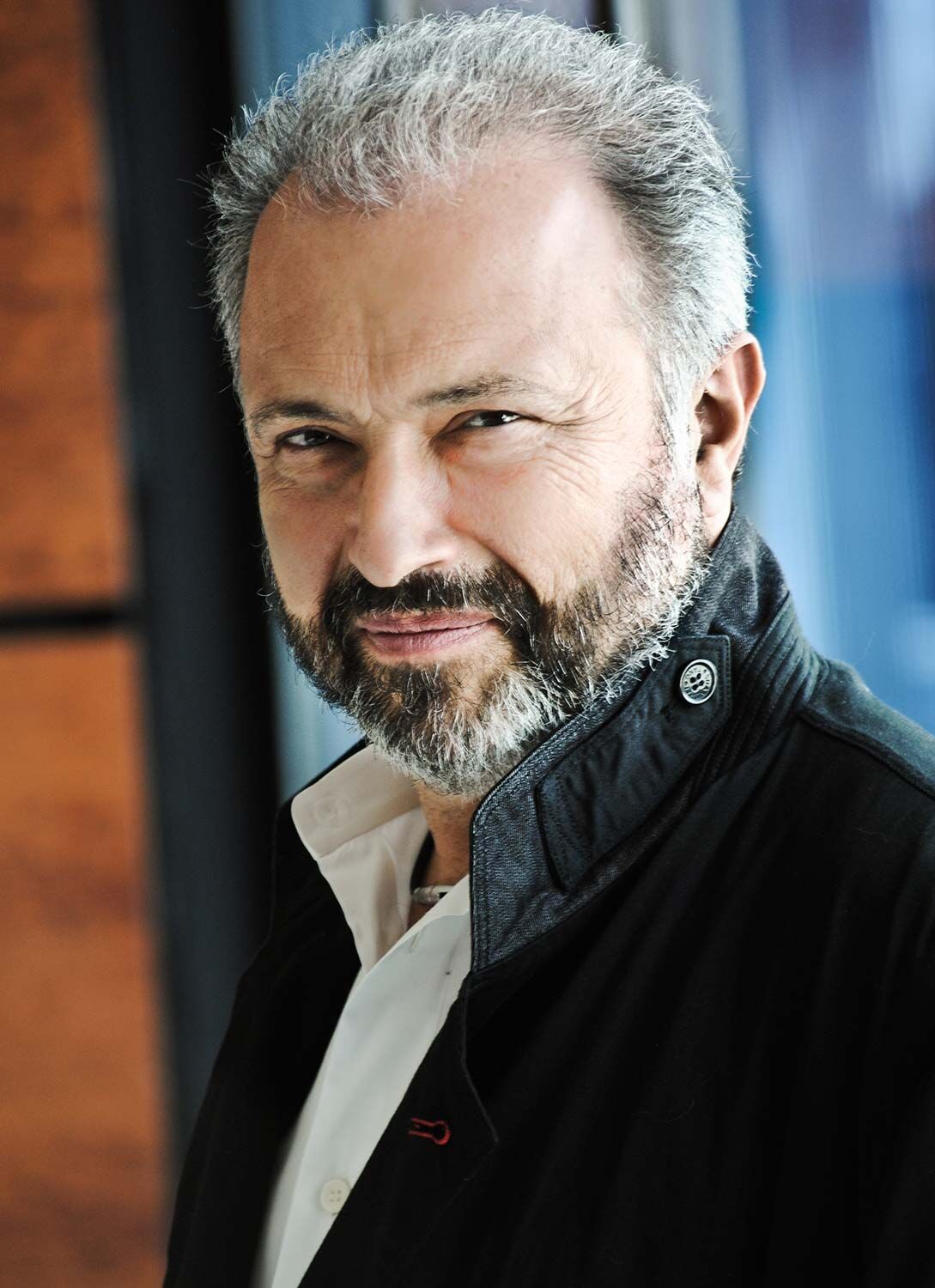 Fans of J.S. Bach’s so-called Goldberg Variations should check out the Santa Fe Chamber Music Festival’s performance of it on Saturday, Aug. 21. Why bother, you might ask, when you could just stay home and listen to one of the almost 200 recordings that have been released in the last 40 years? This concert is different, featuring a highly acclaimed transcription for string trio played by the high-powered ensemble of violinist Ida Kavafian, violist Steven Tenenbom, and cellist Peter Wiley.

For 214 years after its debut in 1741, performances of Aria with Diverse Variations, to cite its actual title, were a rarity. It was viewed as a niche piece, the intellectual property of pianists with a particularly cerebral bent, such as Rudolf Serkin, or early early-music specialists, such as harpsichordist Wanda Landowska. That all changed forever in 1955 with the release of pianist Glenn Gould’s first recording of it, which surprised everyone, Gould included, y becoming an overnight best-seller.

Gould made a second, much different recording of The Goldberg Variations, which was released in 1982, just a few days before his untimely death at age 50. (The opening bars of the piece are carved on his gravestone.) The new recording and Gould’s passing prompted Russian violinist and conductor Dmitry Sitkovetsky to create a string trio arrangement of the piece, which is dedicated to the pianist’s memory.

“When I first wrote my transcription of Bach’s Goldberg Variations for string trio, in 1984, it was both a labor of love and an obsession with the 1982 Glenn Gould recording,” he later wrote in liner notes for a recording of the trio. “For two months I probably had the time of my life, musically speaking, being in the constant company of Johann Sebastian Bach and Glenn Gould. Generally, at that time, transcriptions were out of fashion, and I recall that my own colleagues and managers were skeptical about such an audacious idea.”

Sitkovetsky’s transcriptions, which now include a version for string orchestra, have been played worldwide and recorded several times. And, as he pointed out, “they have opened the floodgates of new interpretive possibilities for the piece, which have included solo harp, wind instruments of all kinds, saxophone quartets, and Renaissance viols.” There are also versions for organ, synthesizer, jazz trio, and the chromatic button accordion, among other instruments.

It’s not known why or exactly when Bach wrote his aria with variations, but it is one of just a few works that were printed during his lifetime. The title page reads in part, “Keyboard exercise, consisting of an ARIA with diverse variations for harpsichord with two manuals. Composed for connoisseurs, for the refreshment of their spirits, by Johann Sebastian Bach.” The aria seems to have been written by Bach specifically for this piece; no outside source for it has ever been identified.

The Goldberg Variations nickname came at some later point. Johann Gottlieb Goldberg was a young virtuoso harpsichordist who was living in Leipzig circa 1740, may have studied composition with Bach, and was quite possibly the first performer of the Goldberg Variations. The often-repeated story by Johann Forkel, one of Bach’s first biographers, about the genesis of the piece as an antidote to cure the insomnia of Count Keyserling, a Russian diplomat, is almost certainly a fiction.

The “composed for connoisseurs” description came either from Bach or the publisher, who was a close friend of his, and is entirely accurate. The Goldberg Variations are long (about 80 minutes when all the repeats are observed, as is typical nowadays), austere, difficult to play, and developed with an extreme degree of compositional rigor. Surprisingly, its 30 variations aren’t on the melody but on the bass line that underlies it.

Bach’s masterpiece begins and ends with the aria, so it has 32 movements altogether. The variations are grouped into 10 sets of three. Each set begins with a fast and virtuosic variation, followed by one that is slower and more introspective, and ends with a canon, a type of follow-the-leader counterpoint in which an initial melody is imitated in one or more ways by the subsequent voices.

A former member of both the Guarneri Quartet and the Beaux Arts Trio, Ida Kavafian is also the founder of the Bravo! Vail Music Festival and of Music from Angel Fire, where she served as artistic director for 35 years. Steven Tenenbom is currently the violist of the Orion String Quartet and the piano quartet OPUS ONE, as well as being a frequent guest performer with the Chamber Music Society of Lincoln Center, Mostly Mozart, and the Ravinia, Aspen, and Vail music festivals. Cellist Peter Wiley is also a member of OPUS ONE and a former member of the Beaux Arts Trio and Guarneri Quartet; he also has a long association with the Marlboro Music Festival.

“Sitkovetsky’s transcription provides a number of essential reasons for its existence and its many performances,” Kavafian says. “First of all, it is a brilliant transcription, both instrumentally and musically. Secondly, the different string instruments provide enough contrast to hear each of the voices separately but enough blend to make it an integrated experience. Lastly (and selfishly), it allows string players to feel the amazing spiritual experience of playing this incredible work.” ◀

Canadian pianist Glenn Gould was one of the most unique talents in the 20th-century’s classical music world. A child prodigy, he began attending the Toronto Conservatory of Music at age 10 and graduated two years later at the head of his class.

Gould suffered a back injury as a child and, possibly as a result, his conservatory piano instructor Alberto Guerrero taught him to play while seated very low, allowing him to pull down on the keys instead of pressing them from above. For the rest of his performing career, Gould played sitting on an adjustable-height chair made by his father. Guerrero also taught Gould an unusual technique called “finger tapping,” which allowed for particularly fast and clear playing.

He had unusual tastes in repertory, eschewing almost entirely the flashy late-Romantic era works by Chopin, Lizst, and the like in favor of Renaissance and Baroque music, along with pieces by such 20th-century composers as Alban Berg and Arnold Schoenberg. Gould signed a Columbia Records contract the morning after his New York debut in 1955, then shocked company brass by announcing that his first disc would be of The Goldberg Variations.

Gould’s increasing aversion to what he called the “hedonistic” and “anachronistic” performance styles of keyboard virtuosos led him to give up live concerts in 1964. Instead, he focused on studio recordings, as well as making radio and television programs, and documentary film creation and scoring. His decision to abandon the concert hall was seen as outlandish at the time, but it’s now clear he was one of the earliest to understand and embrace the potential of various emerging technologies.

Gould’s personal eccentricities were also famous. They included wearing winter clothing year-round, whatever the actual weather, and insisting on a sweltering indoor temperature during recording sessions. During them, he often sang along to the music or groaned when something didn’t go well, and claimed he had no idea he was doing so.

Gould was not without what some saw as a sense of humor and others as part of a complex psychological defense system, or both. He created multiple alter egos to use when writing liner notes, reviews of other performers or himself (the latter usually satirical), and critical essays. His fictional personae included German musicologist Karlheinz Klopweisser, English conductor Sir Nigel Twitt-Thornwaite, and American critic Theodore Slutz. — M.T.