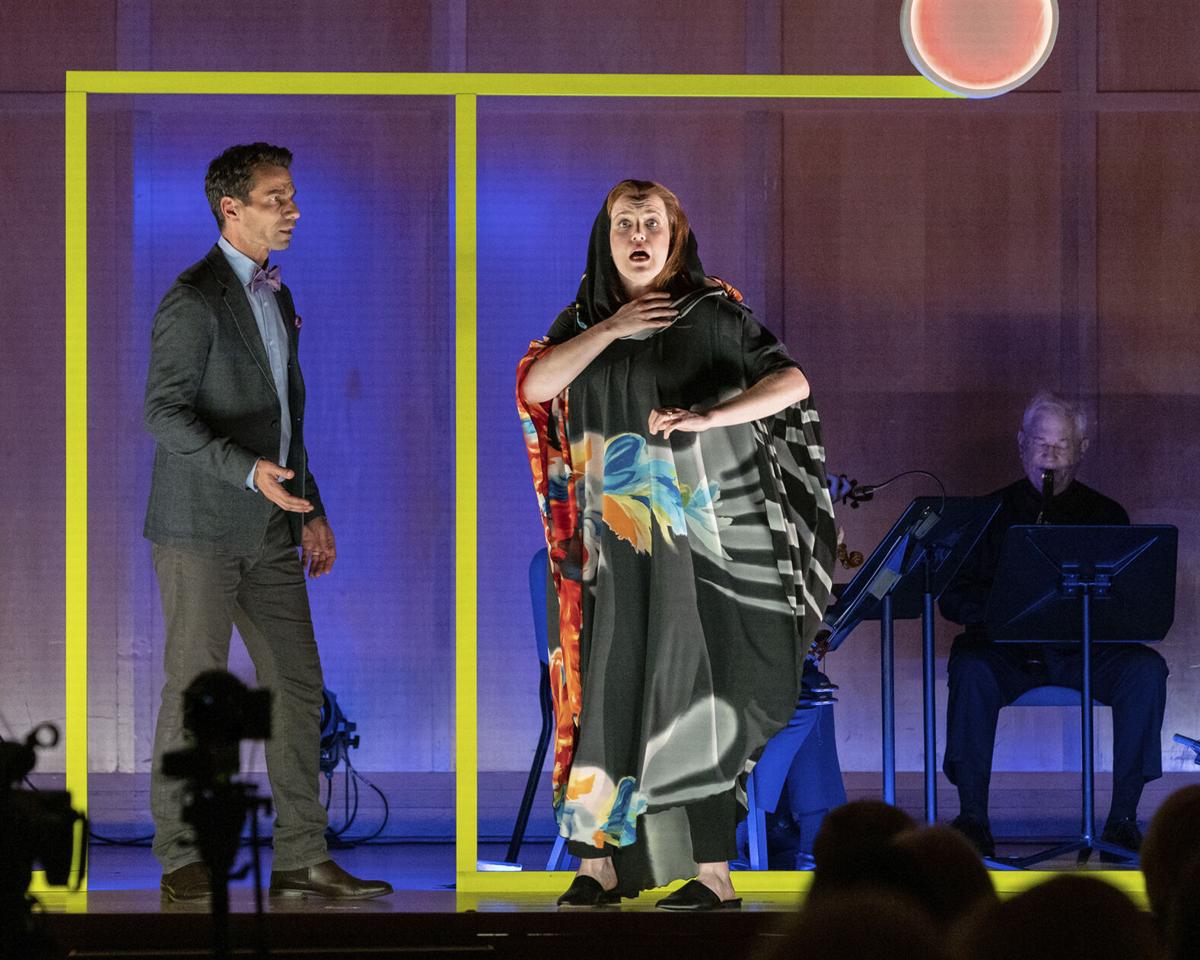 World premiere performance of A Song by Mahler at Chamber Music Northwest in Portland, Oregon; photo by Tom Emerson 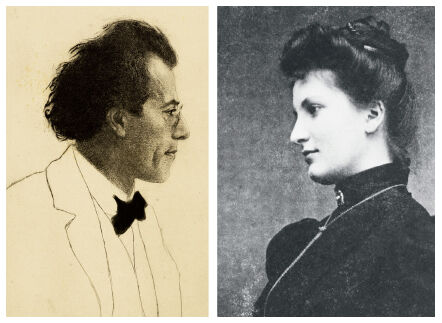 World premiere performance of A Song by Mahler at Chamber Music Northwest in Portland, Oregon; photo by Tom Emerson

“I’ve never had the kind of ‘flash of blinding light’ inspiration for a new piece that people see in the movies,” says composer Marc Neikrug, the Santa Fe Chamber Music Festival’s artistic director. “It’s always a multiplicity of convergences, from various strands that have been rattling around in my brain until the connections between some of them take shape.”

In the case of Neikrug’s newest stage work, the strands that merged were his longtime interest in music and the brain, his love for a short Gustave Mahler song titled “If You Love for Beauty,” and the fact that a close friend had Alzheimer’s disease. The result is A Song by Mahler, an 80-minute stage piece about a classical vocalist with early onset Alzheimer’s and her accompanist husband, which will be performed by the chamber music festival on Thursday, Aug. 19.

Neikrug calls it “an aggressively powerful and emotional work,” but also stresses that it’s just as much about the nature of love as it is the devastation of loss. The message of Mahler’s song, expressed in four short stanzas, is simple: If you love for beauty, youth, or riches, don’t fall in love with me. If you love for the sake of love, then do. “It’s a wonderful notion to think about how we love as the definition of who we are,” he says, “whether or not there’s an object of that love.”

The two characters in A Song by Mahler don’t have invented names; their own are used instead, reinforcing the real-world nature of the subject. They’ll be performed here by mezzo-soprano Jennifer Johnson Cano and baritone Kelly Markgraf, accompanied by clarinetist David Shifrin and the FLUX Quartet.

Cano also has a personal connection to the story — her father has a form of dementia — so “I know what it’s like to have a loved one change so dramatically,” she says. “Marc’s presentation is very truthful, an honest slice of life in all its messiness and complication,” she adds, “and he understands that it’s just as important to have the caretaker’s journey as it is the disease victim’s.”

It took Neikrug about a year to craft their journeys in words and music once the idea came together; a process he describes as a dual-personality exercise. “I start out by writing the text, but the composer in me is always looking over the author’s shoulder. Getting the drama set takes longer as a result, but it makes the composing part go faster.”

The wife-husband performing duo in A Song by Mahler uses “If You Love for Beauty” as their final encore piece (“The one where you know it’s really the end,” Neikrug says). One of the more difficult issues for him was how to incorporate the song early on, so the audience knows it from the start. Eventually he found the answer, which was to add a masterclass in which the mezzo-soprano offers interpretive suggestions to its young performer.

The composer says his single biggest challenge was determining how to move back and forth between singing and speaking while making both sound natural, and he takes great pride in its solution, describing it as a hybrid of music, theater, and song. “It’s not opera, it’s not Broadway, and it’s not a stage play with music. There’s no good word for the genre, but you don’t question what it is in performance.”

Doug Fitch is the production’s director and designer. “I’ve worked with Doug several times in the past,” Neikrug says, “and have always loved it. He’s really a visual artist who also happens to be a very good stage director. He’s also fast on his feet, which is perfect for this project.”

Here Neikrug is referring to an important aspect of A Song by Mahler that’s new for everyone involved. It’s actually a touring production, with performances in six different locales already booked. It arrives in Santa Fe after playing Portland, Oregon, and La Jolla, California, and continues on to venues in New York and Toronto, among others. “This is very unusual,” Cano says, stressing the word very. “I’ve never done anything like this before, with each space bringing new challenges, but it’s also exciting and energizing. ◀

Alma and Gustav (and Oscar and Walter and Franz)

Late in 1901, Gustave Mahler met Alma Schindler, who, at age 22, was 19 years his junior, and they were married the following March after a brief courtship. They were an unlikely pair. Alma was widely considered one of the most attractive and intelligent young women in Vienna, as well as an aspiring composer. Gustav was unprepossessing in appearance and insisted that she give up composing, which Alma naturally resented.

Not surprisingly, they had an often-difficult relationship that was punctuated with doubts on her part and occasional, intense declarations of love on his. One of them was the song “If You Love for Beauty,” which was composed in the summer of 1902 to a poem by Friedrich Rückert. A gift to his new bride, it is Mahler’s only overt love song and, given its private nature, he never orchestrated it, as he did almost every other song he wrote. (See a performance of it by mezzo-soprano Sarah Connolly: youtube.com/watch?v=yWPLZwcAeTM.

After Gustav’s death in 1911,Alma had a volatile two-year affair with visual artist Oskar Kokoschka,then married architect and Bauhaus founder Walter Gropius, with whom she had earlier had an affair. They divorced five years later, after Alma had started a relationship with writer Franz Werfel, whom she eventually married in 1929.

When Alma died in 1964 satirical tunesmith Tom Lehrer noticed her New York Times obituary (“The juiciest, spiciest, raciest obituary it has ever been my pleasure to read”) and memorialized her a year later in the appropriately Viennese waltz-song called “Alma,” which can be heard at https://youtu.be/iHtWoTWmmiQ?t=86.