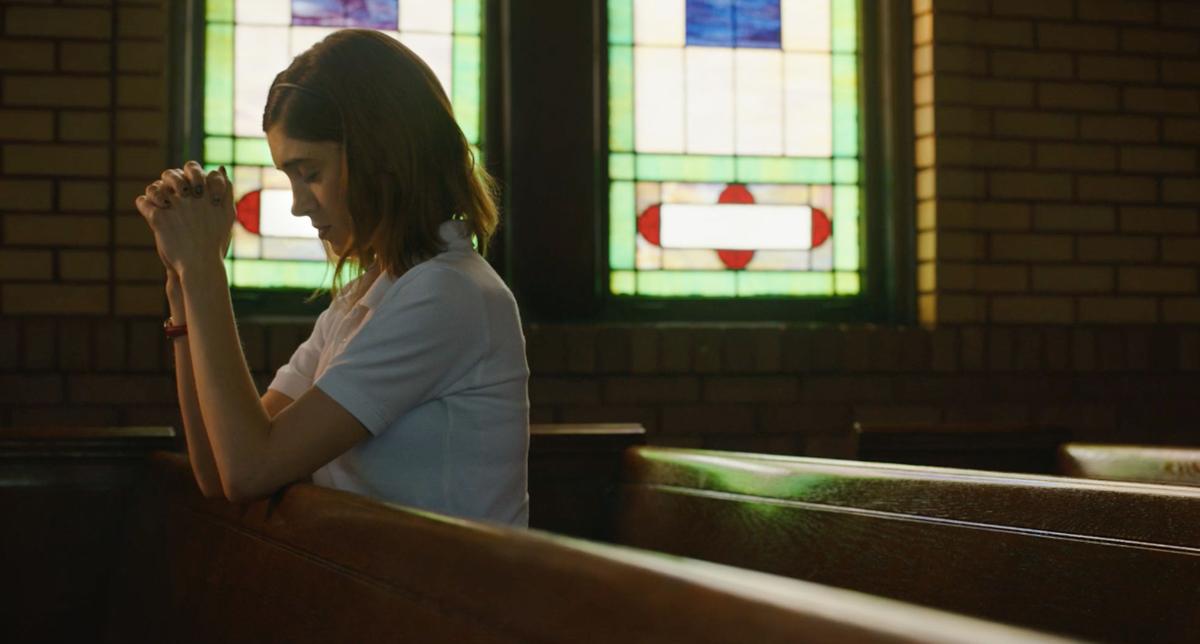 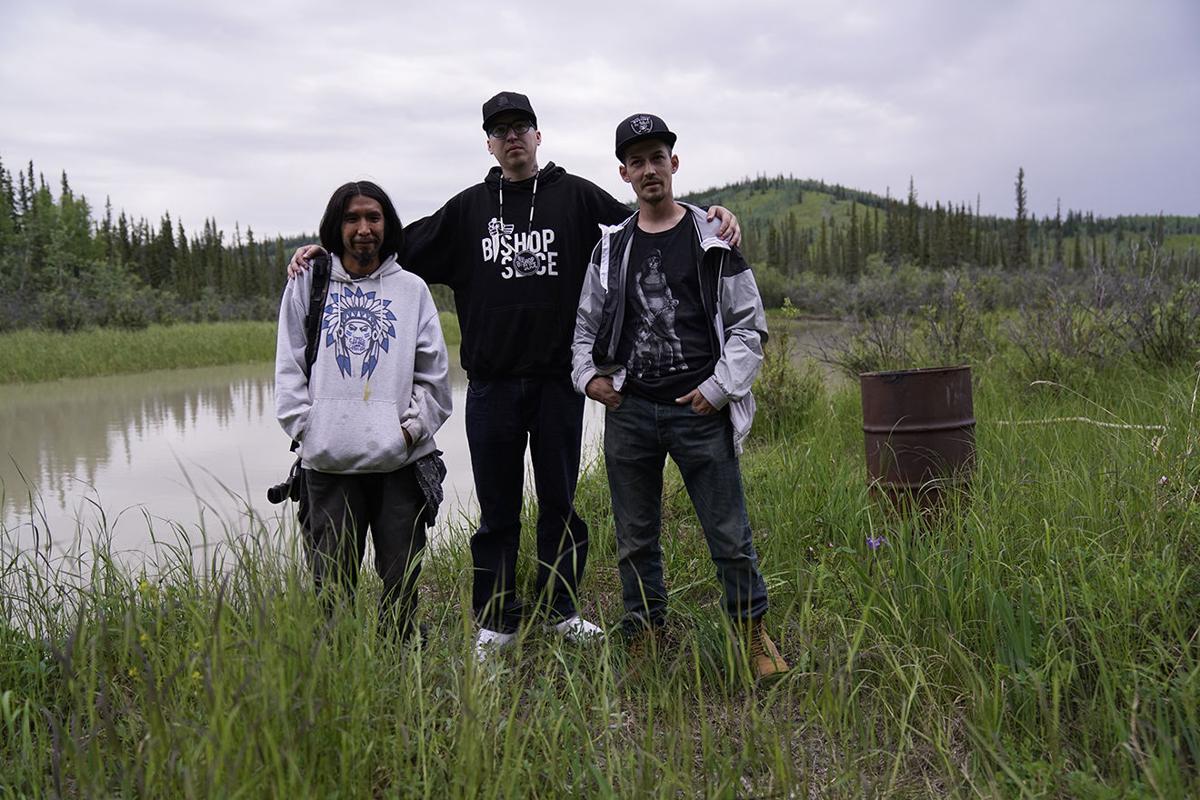 Scene from WE UP: Indigenous Hip-Hop of the Circumpolar North.

Scene from WE UP: Indigenous Hip-Hop of the Circumpolar North.

Fantasize me: Elves, zombies, and the Cosa Nostra

With more than 200 galleries and museums, most people probably think of Santa Fe as just an art town. But it’s increasingly gaining a reputation as a destination for cinephiles. And the Santa Fe Independent Film Festival’s driving force — siblings Jacques Paisner and Liesette Paisner Bailey — wouldn’t want it any other way. In fact, seeing Santa Fe make its mark as a movie town is one of their goals.

The festival kicks off on Wednesday, Oct. 16, with a screening of Billy Wilder’s classic comedy Some Like It Hot (3 p.m., Jean Cocteau Cinema).

After 11 years, it may be poised to break the small-town film fest barrier and hit the Big Time. One look at the selection of more than 100 films and events — including features and shorts in a variety of genres, educational panels, master classes, and award presentations — and it’s not hard to see why. SFIFF’s screening committee of more than 50 people throughout the country culled the final lineup from just under 2,000 national and international submissions. That’s up from 1,500 submissions in 2018.

“The strength of the program really shows where we’ve been taking the festival for the past 11 years, but also where the festival is going,” says Paisner Bailey, SFIFF’s executive director. The festival runs through Sunday, Oct. 20.

Lost and found families: Struggle, healing, and the hero's journey

This year, SFIFF highlights some studio-distributed features with big names attached, such as director Noah Baumbach’s star-studded, semi-autobiographical comedy/drama Marriage Story (7:30 p.m. Oct. 18, Center for Contemporary Arts Cinematheque). “It’s very much an independent film, but it was produced and is being distributed by Netflix,” Paisner Bailey says. “It’s loosely based on Noah Baumbach’s and Jennifer Jason Leigh’s divorce. It’s this beautiful story about a marriage falling apart.” The film stars Scarlett Johansson, Adam Driver, and Laura Dern, and it’s being promoted as the festival’s “centerpiece.”

The film festival’s opening night feature, the powerful drama Just Mercy (7 p.m. Wednesday, Oct. 16, Violet Crown), is another independent production with the backing of a major studio. Distributed by Warner Bros., the film is based on the true story of defense attorney Bryan Stevenson (played by Michael B. Jordan) and his fight to free wrongly convicted death row inmate Walter McMillian ( played by Jamie Foxx).

The many faces of real: survivors, bees, and books

Although programming is wading into the mainstream, the festival continues to “stay true to our mission of supporting independent filmmakers,” Paisner Bailey says.

Artistic director Jacques Paisner started the festival in 2009 with the intention of showing no more than a few features at Warehouse 21. Today, it has become among the most well-attended film festivals in the state and has made MovieMaker magazine’s annual list of 50 film festivals worth the entry fee, for six years running. “Last year, we had over 10,000 people, and about 24 percent of them came from out of town,” Paisner Bailey says. “Over the past three years, the festival has brought over $8 million of economic impact to the state of New Mexico.”

So what draws so many people to the independents? “That’s where the real stories are.”

'Who we are has to be revealed': SFIFF honors actress Tantoo Cardinal

Tantoo Cardinal is the epitome of a working actress, and she is probably the most recognizable indigenous actress working today. A tribute to Tantoo Cardinal takes place at the Lensic on Saturday, Oct. 19 at 7 p.m.

In New Mexico-based producer Colleen Hammond’s first feature, Yes, God, Yes (7:30 p.m. Oct. 19, Jean Cocteau), for instance, a Catholic school girl (Stranger Things’ Natalia Dyer) struggles with shame and guilt over her burgeoning sexual desires after engaging in a series of racy conversations in an AOL chat room. She seeks solace at a religious retreat. “Anyone who grew up going to Catholic school will get a kick out of it,” Paisner Bailey says. Hammond will be in attendance.

The festival continues its popular series of shorts with 10 programs, including drama and science- fiction shorts (10:30 a.m. Thursday, Oct. 17, CCA), followed that day by the indigenous shorts program (noon, the Jean Cocteau), and New Mexico documentary shorts (5:30 p.m., The Screen), which showcase the talents of local and regional filmmakers. Horror and fantasy, comedy and romance, surrealism and sexuality, and animation and experimental shorts categories are also offered this year.

Three entries submitted for consideration as Best International Feature Film at the 92nd Academy Awards will also be screened: The Traitor, a biopic on Sicilian mafia informant Tommaso Buscetta (Italy, 7 p.m. Thursday, Oct. 17, CCA); director Elia Suleiman’s absurdist comedy It Must Be Heaven (Palestine, 11:50 a.m. Saturday, Oct. 19, CCA; and 9:30 a.m. Sunday, Oct. 20, CCA); and the black comedy The Whistlers (Romania, 6:30 p.m. Saturday, Oct. 19, CCA), in which a Romanian police officer gives the term “whistleblower” new meaning by learning an ancient whistling technique and using it as a form of code to communicate with the mob.

While no dominant theme emerges among this year’s submissions, the festival is promoting the foreign features as its highlights; last year, the theme was female-driven productions and stories. That remains a distinctive attribute, as the festival’s submissions have a near-equal distribution of male and female directors at the helm. That’s not by design, but because women’s narratives and female filmmakers have a stronger voice in independent filmmaking.

The Independent Film Festival this year honors two actresses who’ve brought strong female characters to the big screen and television with its lifetime achievement award: Jane Seymour, the lead in the hit 1990s series Dr. Quinn, Medicine Woman; and Tantoo Cardinal, who’s among the most recognized Native actresses of her generation and has appeared in such films as Dances With Wolves (1990) and Legends of the Fall (1994), and in the television series Longmire and Outlander. Seymour’s tribute includes a showing of 1980’s Somewhere in Time (7 p.m. Oct. 18), while Cardinal’s features a screening of last year’s Falls Around Her (7 p.m. Oct. 19). Both are held at the Lensic Performing Arts Center.

Visit santafeindependentfilmfestival.com for a complete guide to films and events. In the meantime, read on for Pasatiempo’s staff picks of films to watch. ◀

▼ All tickets, including festival passes and packages, are available at 505-349-1414 and santafeindependentfilmfestival.com.

Pros in the know: Filmmakers and directors talk movies

The Santa Fe Independent Film Festival offers panel discussions with industry professionals and other educational offerings. All are held at Form & Concept Gallery, and admission is free.