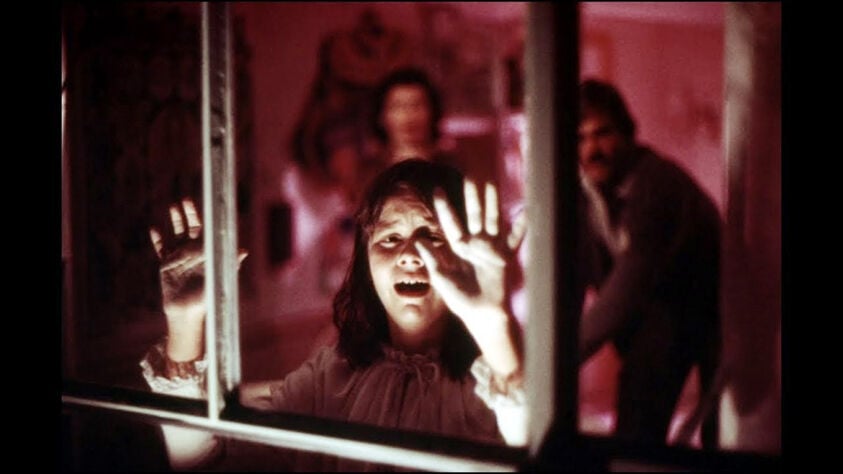 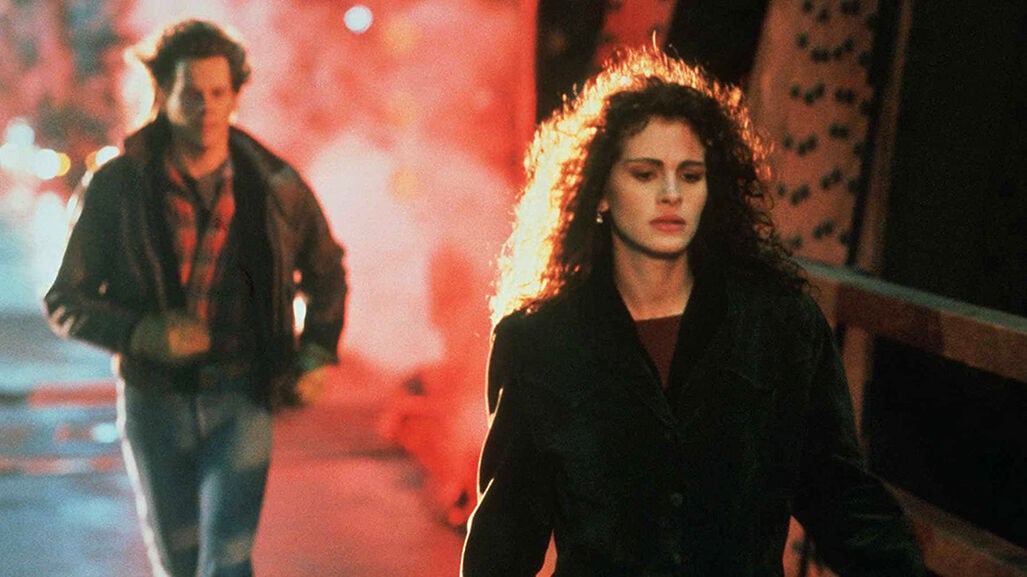 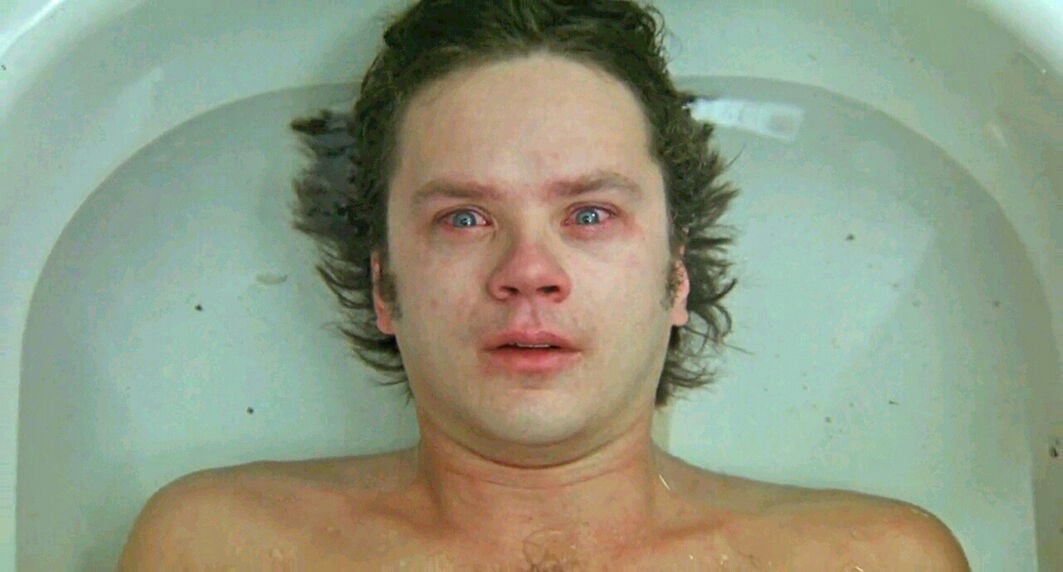 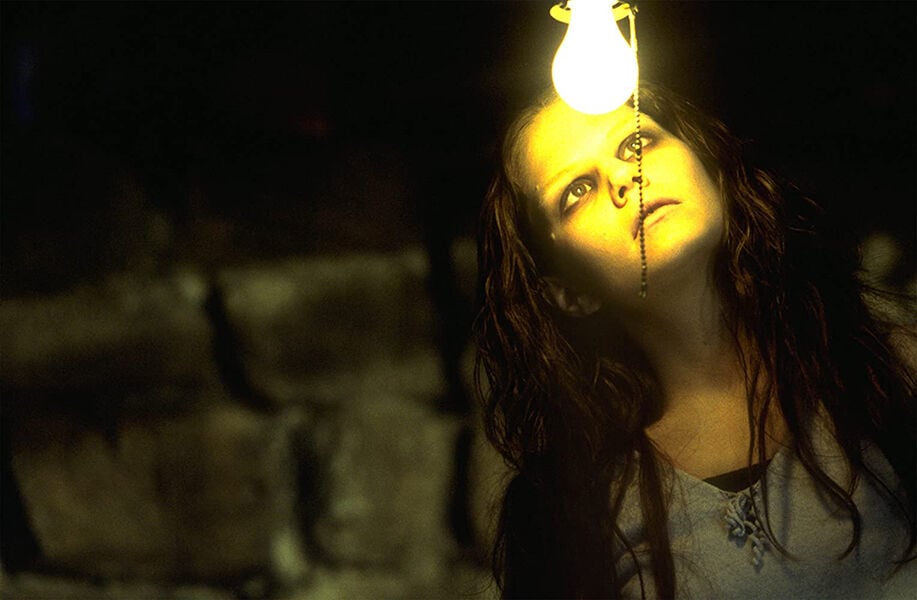 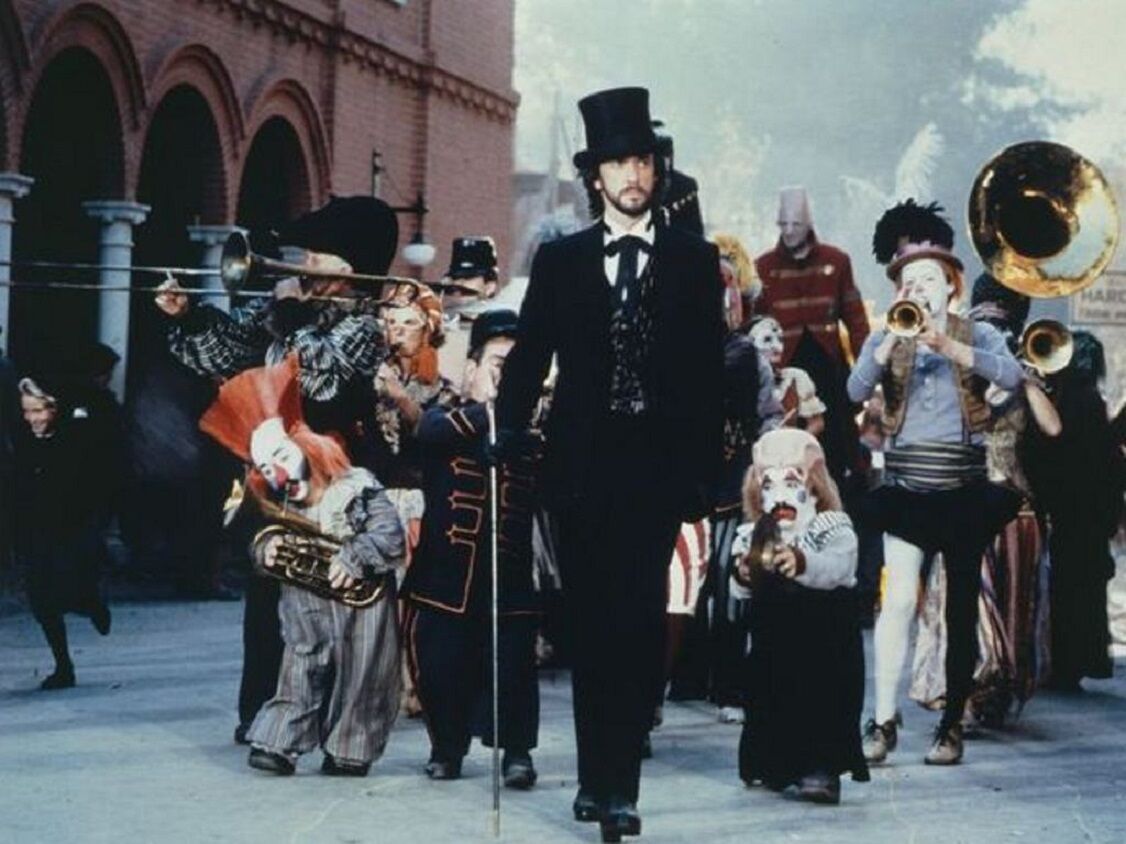 Something Wicked This Way Comes

Something Wicked This Way Comes

Every fall, I celebrate the season and Halloween’s approach with a film festival of go-to scary movies. My selections are about more than the holiday, however. They are about connecting with a nostalgia for the season, especially in Chicago and the Midwest, where I grew up. I evoke this place with its freezing drizzle, bleak train rides, and a perpetual sense of encroaching darkness by watching movies that either take place in the Chicago area or share a similar sense of urban despair.

Audrey Rose is a gothic-tinged tale about reincarnation and a child’s eternal soul. Directed by Robert Wise, the movie stars Anthony Hopkins as Elliot Hoover, a bereft widower grieving the loss of his young daughter. He believes she was reborn into the body of another girl, 11-year-old Ivy Templeton (Susan Swift). Although Audrey Rose is cinematically less grand in scope than some of Wise’s more famous fare, which includes West Side Story (1961) and The Sound of Music (1965), its spiritual breadth is vast. It’s part horror movie and part courtroom drama, based on a 1975 novel by Frank De Felitta, who also adapted the screenplay.

Audrey Rose takes place in a blustery fall. Characters are often buttoning up their overcoats against the encroaching cold. Rain pelts the windows of the Templetons’ enormous Manhattan apartment at key points in the story — as Swift conveys Ivy’s tortured inner world with the damp-haired, red-faced terror of a child caught in a fever dream. Audrey Rose comes relatively early in Hopkins’ feature film career, and watching the actor play the mysterious but sympathetic Hoover in 2020 inspires a measure of cognitive dissonance after so many decades of associating him most closely with the character of Dr. Hannibal Lecter in The Silence of the Lambs (1991). In Audrey Rose, Hoover reveals his full agenda to Ivy’s parents (played by Marsha Mason and John Beck) ever so slowly. Hopkins’ ability to layer his performance with rising and falling levels of menace is almost amusingly effective. Rated PG, 113 minutes, Amazon Prime

A group of medical students engineer their own near-death experiences, a hubristic research experiment that results in each being haunted by their worst transgression — as dredged up by their subconscious guilt. Some of the misdeeds are obvious crimes, like videotaping unwitting women during sex. And others are subtler, like mercilessly teasing an awkward little girl on the playground. The movie asks viewers to consider their own sins in this context. If you died and came back, what would come back with you?

Flatliners is a time capsule of young, famous faces, most of whom have gone onto long careers in film and television. Kiefer Sutherland chews some scenery as Nelson, a child of privilege beset by an innocent-turned-demon. Julia Roberts is the gorgeous, tortured Rachel. She’s by far the most interesting of the med students, but the movie chooses to emphasize her beauty and femininity over her intellectual curiosity. (She works with terminally ill patients and has the most personal interest in what happens after we die.) Despite not being known as a “Chicago movie,” Flatliners nails fall in the city with every desolate image of wet, dirty pavement and echo of the “L” train rattling overhead. The movie and the city become one on my walk home, as I jumped in fright at every falling leaf, wondering what my worst sins might be. Rated R, 115 minutes, Amazon Prime, Vudu

Jacob (Tim Robbins) never planned to become a postal worker. He had a future as a college professor, but the trauma of fighting in the Vietnam War capsized his plans. Now, he lives somewhere between happiness and sadness with a girlfriend, Jezzie (Elizabeth Peña), who is jealous of his love for his sons from his failed first marriage. As the movie opens, Jacob is experiencing unexplainable, terrifying moments: demonic faces staring at him from subways windows; a nurse hiding horns under her white cap; a car speeding toward him in an alley. New York City is especially gritty here, a world of rats squeaking on train tracks and gray, gurney-filled hallways of VA hospitals, which adds to the growing sense that Jacob is being hunted by someone or something. In Robbins’ hands, Jacob is a good-natured, bookish guy, shuffling and mumbling through life; a man who is gobsmacked by the sudden realization that the world might be conspiring against him.

It’s impossible at any given moment in this story to truly know whether what’s happening is real. Time is unfixed, as are the personalities of other people. In an anchoring through-line, Jacob suffers from chronic back pain, which is treated quite literally (rather than symbolically) in the movie as an impediment to health and joy. Jacob’s friends and family flicker back and forth between being loyal and perhaps, the epitome of evil — except for Louis (Danny Aiello), a chiropractor who is both angel and earthly savior. The frights of Jacob’s Ladder are personified as living devils, but it’s more than a horror movie. It’s really about the thwarted ambition of shell-shocked veterans and the nefarious activities of the United States government during wartime. Rated R, 113 minutes, Hulu with Cinemax, Amazon Prime with Cinemax

SOMETHING WICKED THIS WAY COMES (1983)

No movie on this list conjures fall more powerfully for me than Something Wicked This Way Comes, Disney’s cinematic adaptation of Ray Bradbury’s 1962 novel. It’s true that about half of its rather cartoonish special effects literalize “creepy” moments that would be more effective if left to the imagination, and there is nothing subtle about any of the performances. But I was 10 the first time I saw this movie, just a few years younger than the two protagonists, 13-year-old best friends Will Halloway (Vidal Peterson) and Jim Nightshade (Shawn Carson), and it scared me more than my precocious viewing of The Shining (1980) and Cujo (1983) around the same time. Something Wicked stars Jason Robards as Will’s father, a librarian who believes deep down that he has failed his son.

It’s small-town America in the olden days when boys still wore caps and knickers. The ground is crunchy with turned leaves, and Mr. Dark’s Pandemonium Carnival is on its way, led by Dark (the supremely intimidating Jonathan Pryce). Towheaded Will and raven-locked Jim embody the themes of moral “light” and “dark” that the story seeks to explore. You see, this is no ordinary carnival. Instead, it grants you your deepest desire and then twists it into unanticipated torture. Throughout the movie, adults are revealed as dangerously narcissistic and impossibly old. There is something profoundly unsettling about not being sure if anyone in the boys’ lives is capable of saving them from Mr. Dark’s seductive magic. Though it’s not a perfect film, Something Wicked stands out as a gentle, story-based entre to the horror genre for younger viewers. Rated PG, 95 minutes, YouTube

Turns out, a little nudge through the gateway of perception is all a skeptic like Tom (Kevin Bacon) needs to start seeing apparitions of a half-frozen teenage girl in his new house. After his sister-in-law (Illeana Douglas)hypnotizes him at a party, Tom becomes so obsessed with his new visions that he starts digging in the yard and under the floorboards, convinced he’s going to uncover a horrible crime. His behavior scares his wife (Kathryn Erbe of Law & Order: Criminal Intent), but his young son, Jake (Zachary David Cope), is unfazed by his actions.

Stir of Echoes is another fall-in-Chicago movie, with Bacon, at his gravelly throated best, descending into what appears to be both madness and clear-headed purpose. It’s an intriguing ghost story set in a northside neighborhood full of secrets. Families in this close-knit community barbecue and watch high school sports together, and the men form protective walls around their sons instead of teaching them how to treat the less powerful among them. Small physical details give this movie its lasting resonance: the pocked cement of Tom’s unfinished basement floor; the white, wintry vapor escaping the mouth of the tortured girl (which many movies set in the frigid Midwest forget to include). The pace quickens inexorably the closer that Tom gets to the truth about a soul desperate for release. Rated R, 99 minutes, IMDb TV, Hulu