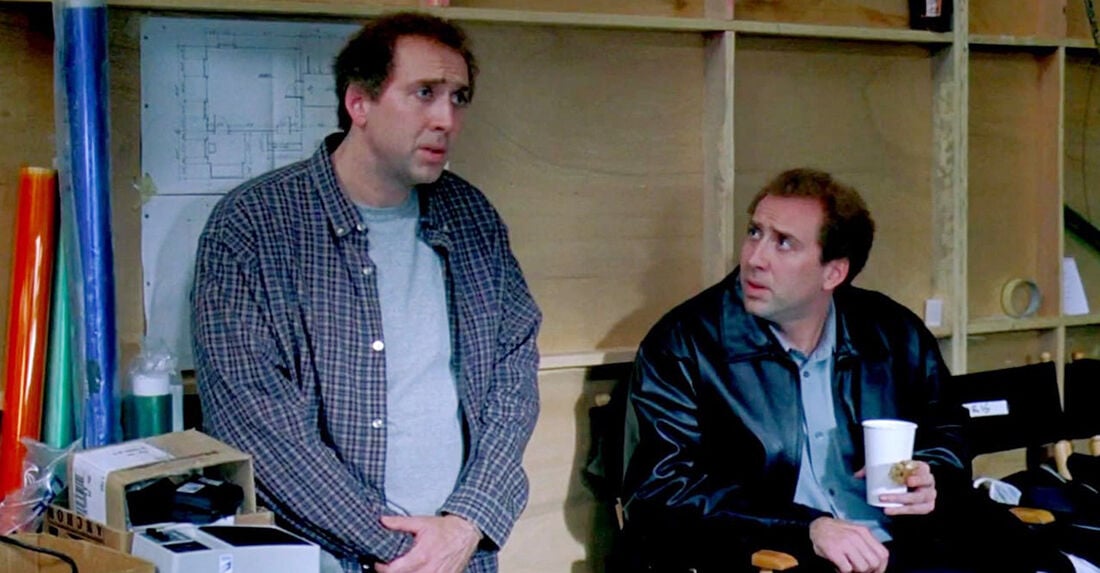 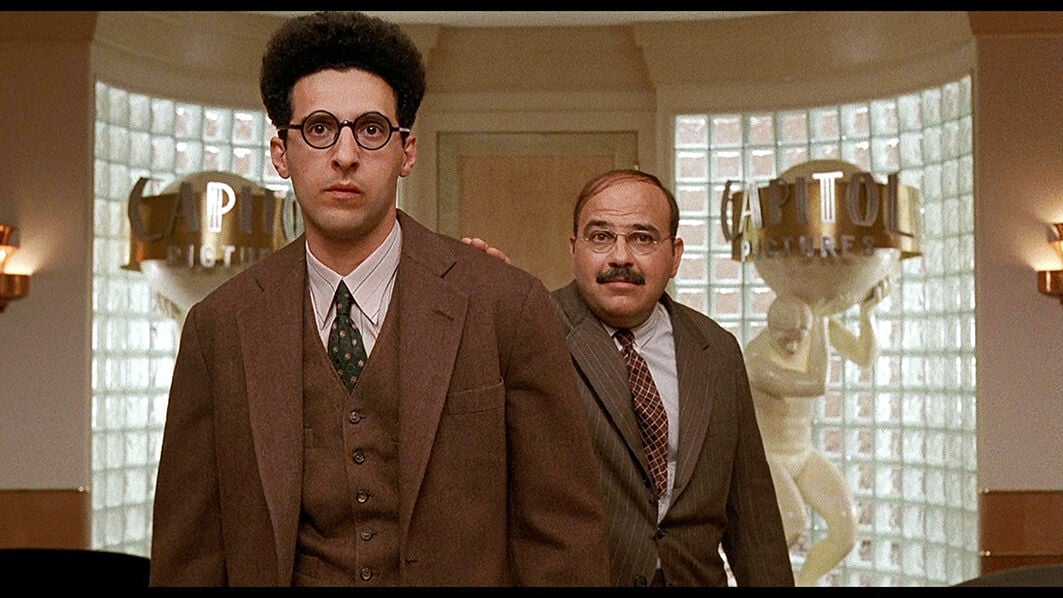 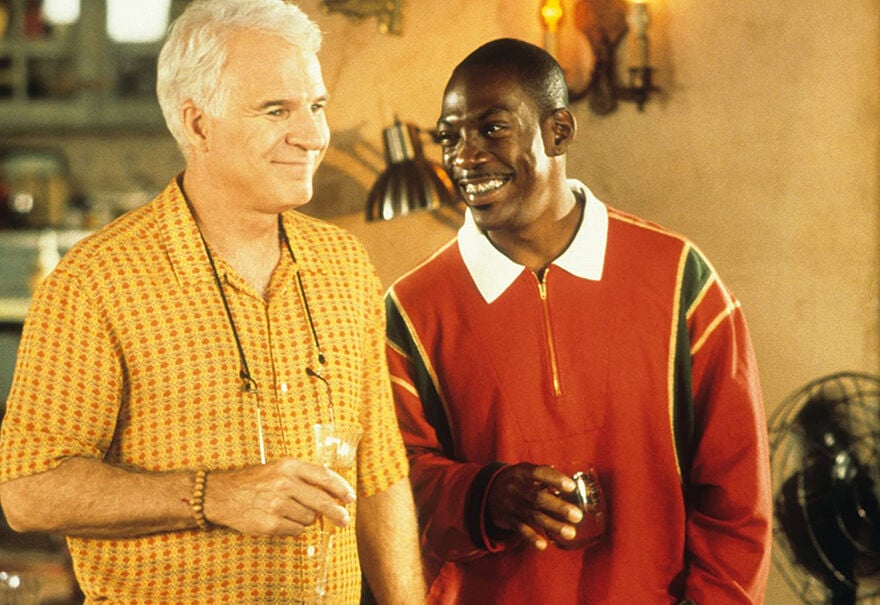 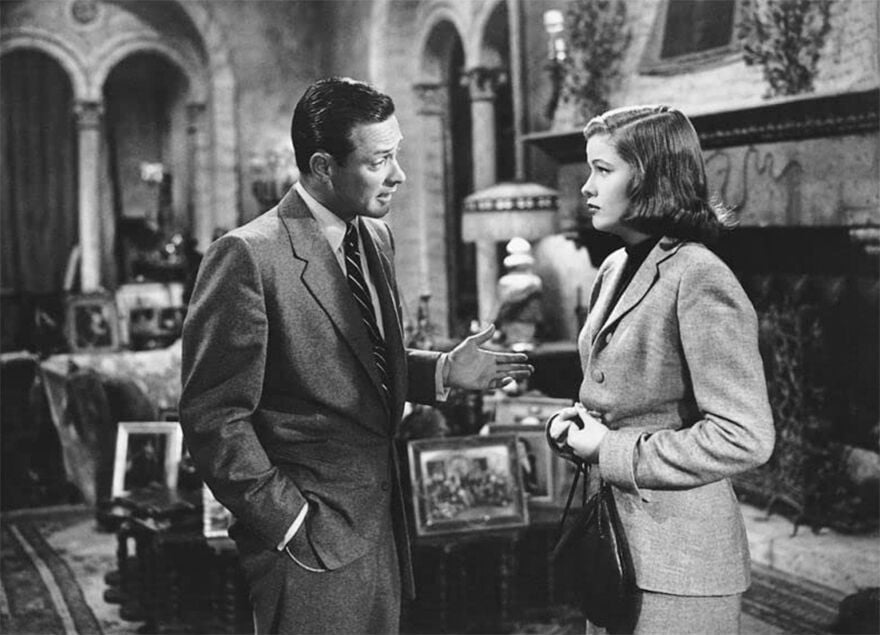 Directed by David Fincher and starring Gary Oldman as the titular screenwriter, Mank is likely to be one of the noisiest entrants in this year’s Oscar race. The film tells the story of Herman J. Mankiewicz, a troubled writer who contends with star filmmaker Orson Welles during the making of Citizen Kane (1941).

Even under the best of circumstances, writing a screenplay is no simple task, and it’s not surprising that Hollywood scribes often turn their pens on themselves — they’re fertile ground for stories.

Most of the films on this list deal with writers struggling both with the creative process and the studio system. Adaptation. is much the same, but it’s filtered through screenwriter Charlie Kaufman’s singular point of view and veers into a sort of meta territory. Not only does Kaufman take us into the writer’s world, but the film also dives deep into the writer’s insecurities and fantasies.

To parse those insecurities and his struggle to adapt New Yorker writer Susan Orlean’s nonfiction book, The Orchid Thief: A True Story of Beauty and Obsession, Kaufman splits himself into twins. One is a highly introspective and blocked writer named Charlie. The other, Donald, is a blissfully unaware simpleton whose implausible idea for a screenplay somehow sells. The twin Kaufman brothers are brilliantly played by a schlubby looking Nicolas Cage.

The real-life Kaufman received an Academy Award nomination for his efforts. The fictional Charlie Kaufman meets a much darker fate in the film. Drama, Rated R, 115 minutes, Amazon Prime

The wallpaper peels and sweats around Barton Fink as he attempts to write a screenplay about wrestling. Fink’s whole world is caving in on him, and he hasn’t realized it yet.

One of several movies about filmmaking by the Coen Brothers, Barton Fink follows John Turturro as Fink, a talented screenwriter who gets hired by a big studio to write a script. They put Fink up in a hotel to work and, at first, treat him with the utmost respect. Like the wallpaper, though, it’s all about to come apart. Fink manages to finish his screenplay, a work of genius in his mind, only to discover that the world around him is not interested in genius.

On the surface, it appears that the Coen Brothers are making a statement on nihilism in Barton Fink. The lesson, though, isn’t that human lives don’t have much value. It’s that writers don’t have much value. Fink, a writer, with a unique voice and something to say, is of no particular import to just about anyone around him. Fink’s only friend is a sociopath with a potentially dark secret. Comedy/drama, rated R, 116 minutes, Showtime

Bowfinger has the best FedEx scene in a movie this side of Cast Away (2000). With elegant backlighting reminiscent of an angel departing heaven, a FedEx driver arrives at the home of a producer named Bobby Bowfinger to deliver a small package that contains the holiest of Hollywood paraphernalia: a contract. In some ways, this little stack of papers is the crescendo of the film, most of which is a send-up of the inner machinations and excesses of the studio system.

Steve Martin, as the titular character, operates at the boundaries of that system. A failing producer who lives in his bungalow/office, he goes to extreme lengths just to get a little face time with legitimate studio operatives. He also is desperate for any kind of project and takes on a screenplay written by an accountant about raindrops that carry invading aliens.

Chubby Rain is a parody of 1990s action films. It’s also a parody of novice screenwriters who think that mimicking successful movies is the way to get a job. This film-within-a-film apexes when a vengeful Eddie Murphy screams, “Gotcha suckers!” The line doesn’t make any sense, but that’s pretty much the point. The script doesn’t need to be good, it just needs to get made. Get one movie made, and maybe the offer arrives for another. Comedy, rated PG-13, 97 minutes, Cinemax

Not every freelance writing job is worth the money.

Billy Wilder’s classic examination of the Hollywood psychoses is largely an indictment of the delusional nature of fame, but it’s also an investigation of the filmmaking machine. Screenwriter Joe Gillis (William Holden) is down on his luck, unable to sell a screenplay, and ducks into a ghostly mansion to escape repo men. There, he meets a silent film star who has lost touch with reality. Gillis takes her up on a job offer, and the decision destroys his life.

Cleverly, Wilder offers a counter vision for the unhealthy relationship that develops between Gillis and Norma Desmond (played brilliantly by Gloria Swanson). Gillis forms a writing and romantic relationship with Betty Schaefer (Nancy Olson). The two have a great idea for a script and the ability to talk openly with each other. Neither of them exerts any kind of authority, power, or guilt over the other. It’s an ideal writing partnership and presents a new opportunity for Gillis to escape his physical and spiritual confinement with Desmond. Ultimately, Gillis’ poor choices doom him.

Wilder toys with the conventional happy Hollywood ending and instead starts with Gillis’ unhappy fate. The first shot of the film, a flash-forward, feels remarkably modern. The rest of this film also seems to be ahead of its time. Wilder ridicules the pre-war Hollywood system while traveling back in time to the height of the Silent Era. The whole story remains so insightful that it could easily take place today. Drama, unrated, 110 minutes, Amazon Prime ◀

ALSO FABULOUS Plenty of writers like to write about writing. In addition to Pasatiempo’s top picks, here a few more films to consider.

▼ In a Lonely Place (1950) Humphrey Bogart plays a screenwriter who gets in deep trouble because he refuses to do his homework. Amazon Prime

▼ Shakespeare in Love (1998) Not exactly a screenwriter, but pretty close. Starz