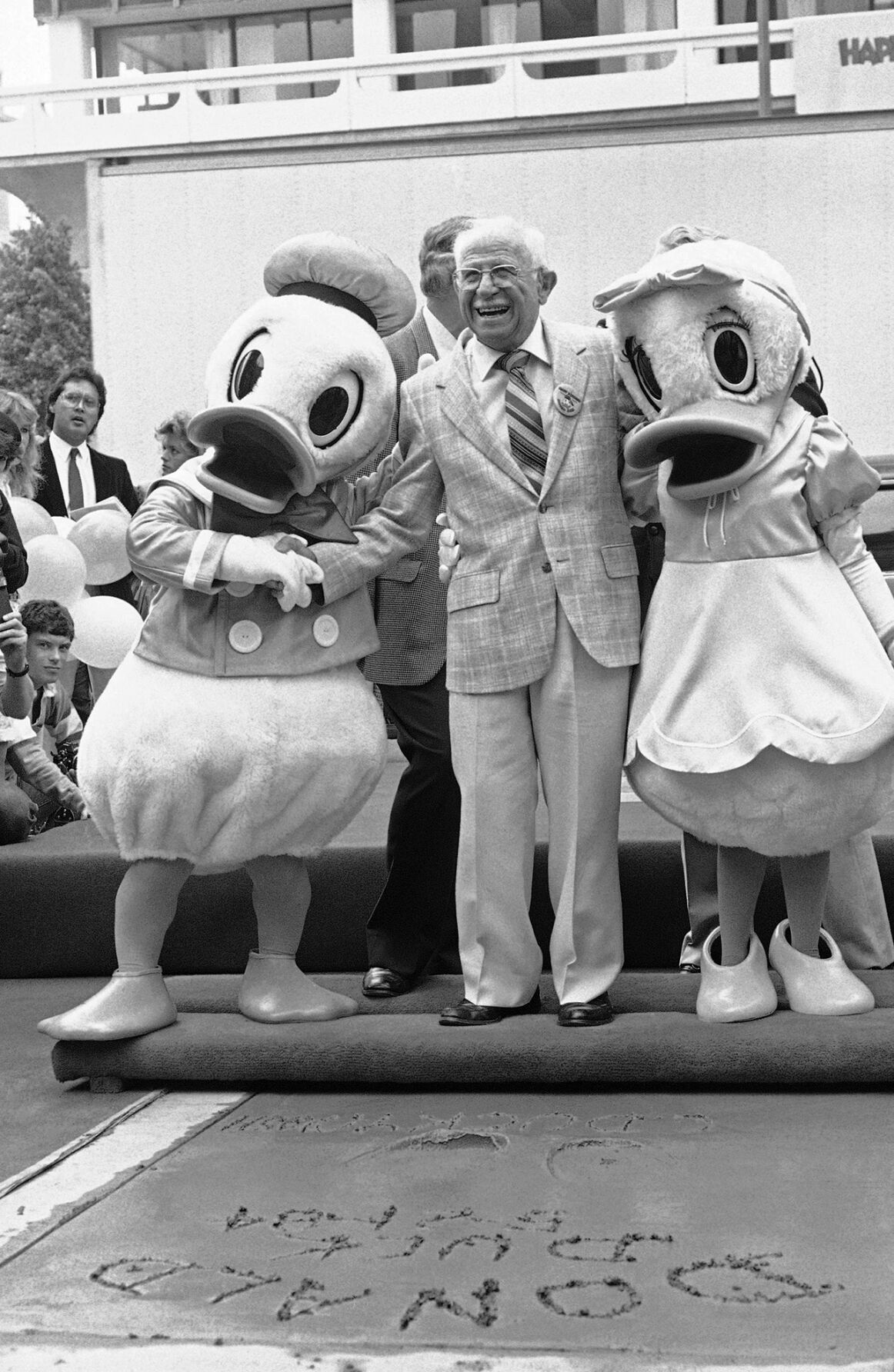 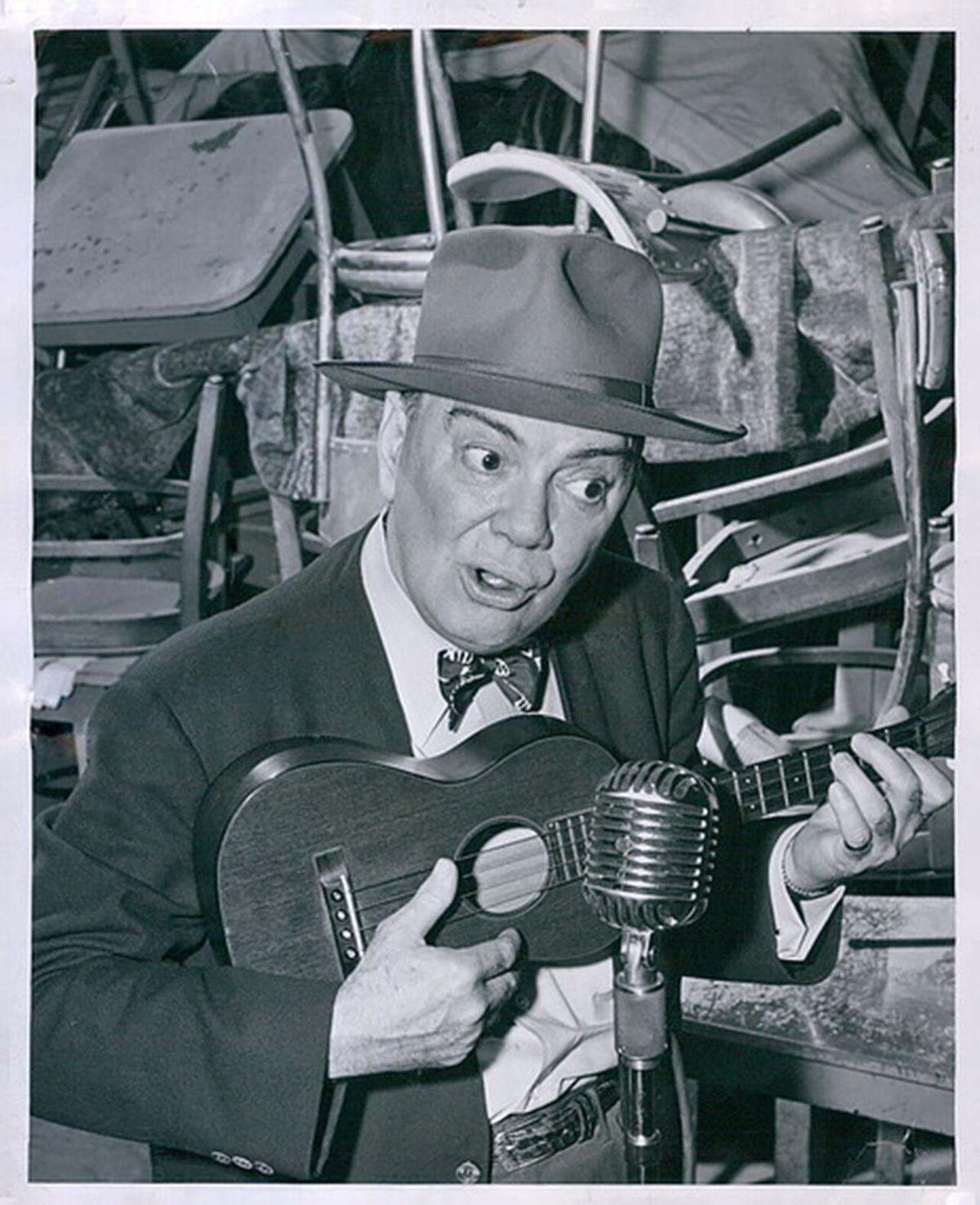 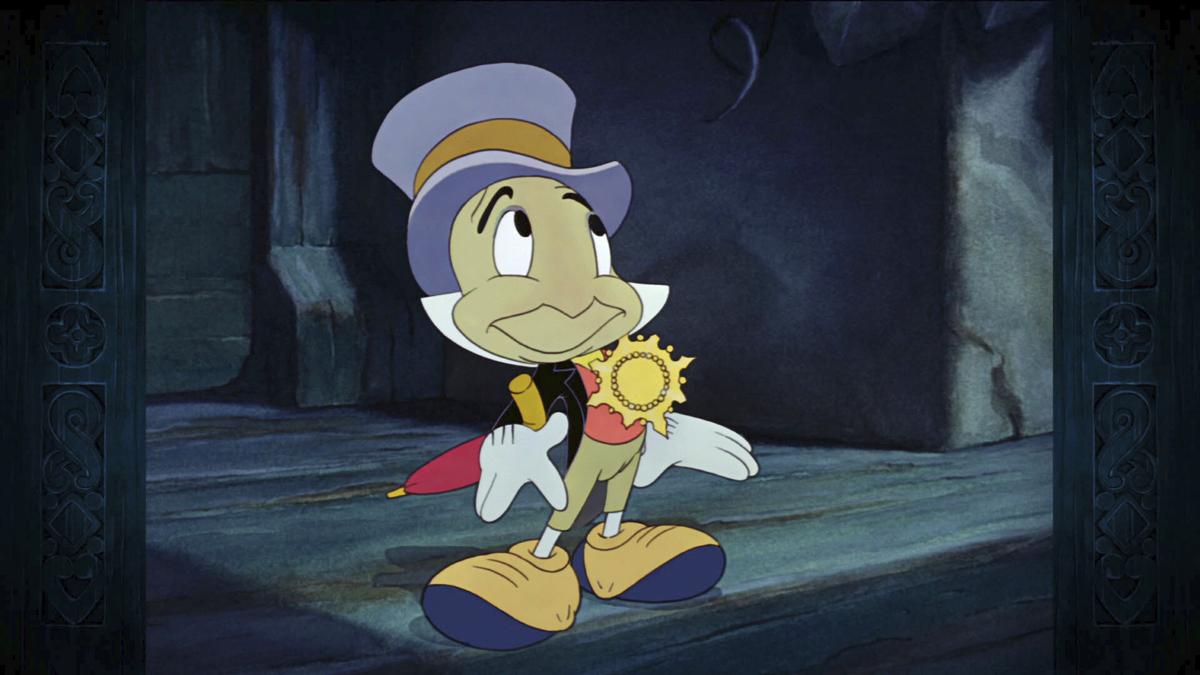 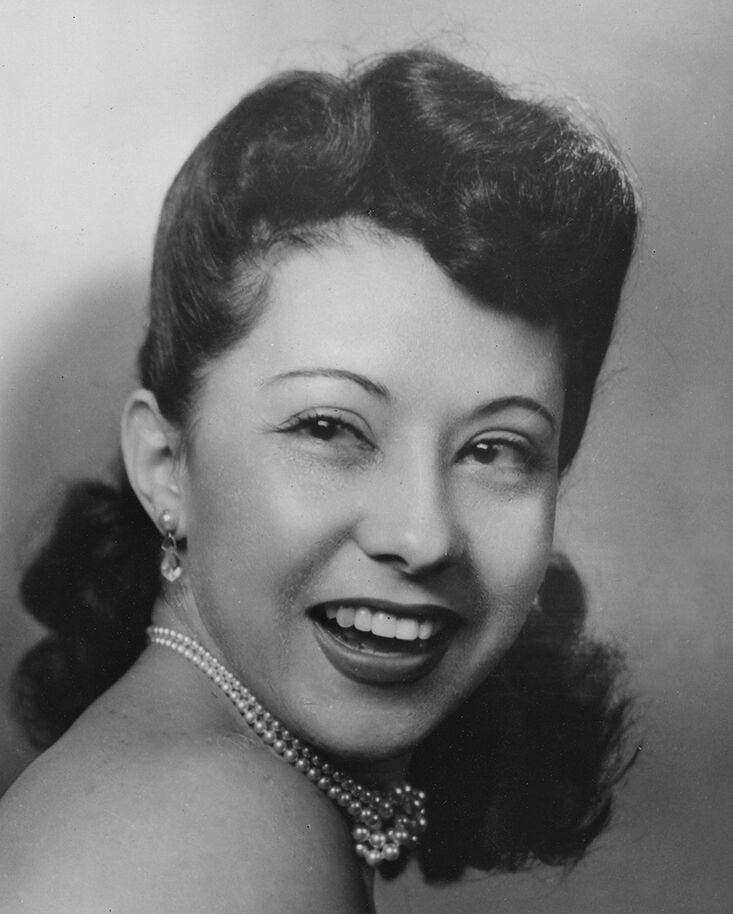 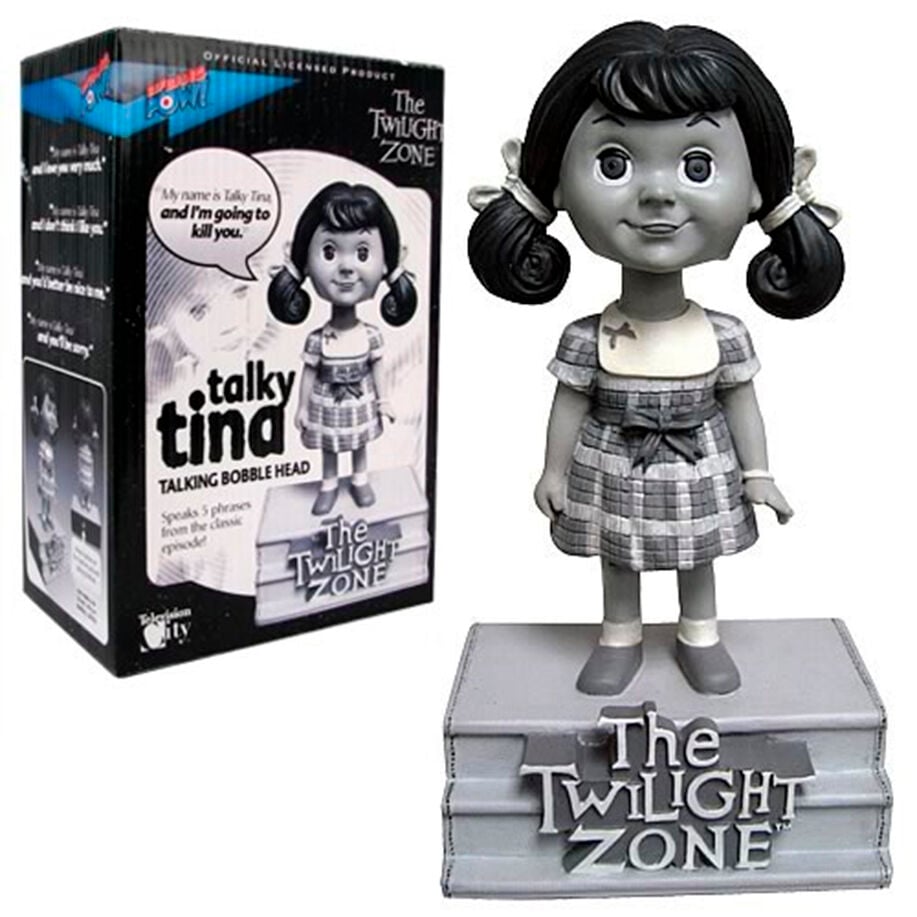 June Foray was the voice behind Talking Tina, a Chatty Cathy copycat, albeit with more sinister intentions, from The Twilight Zone. 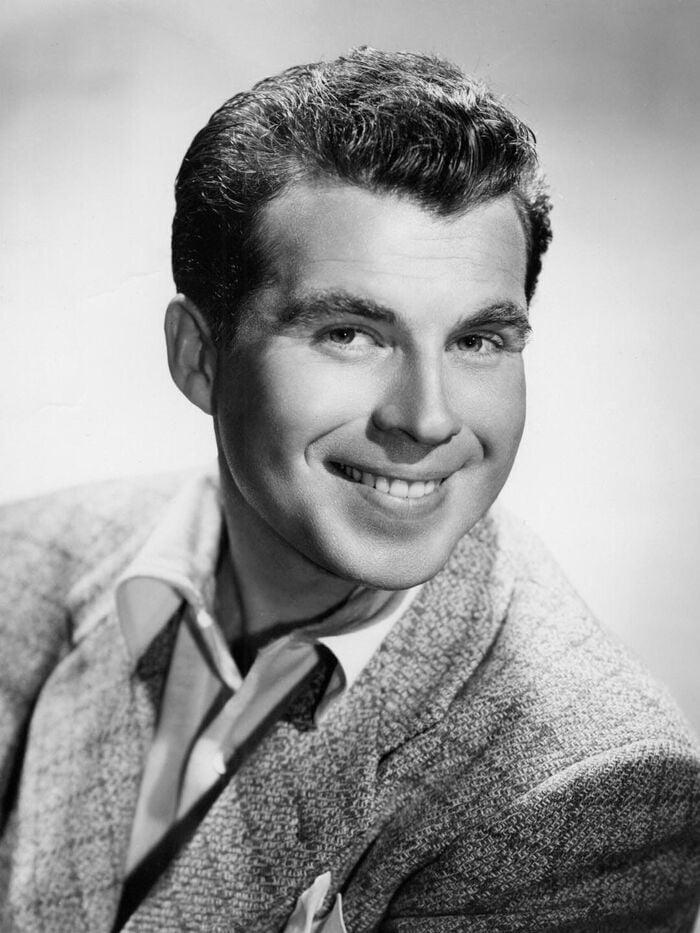 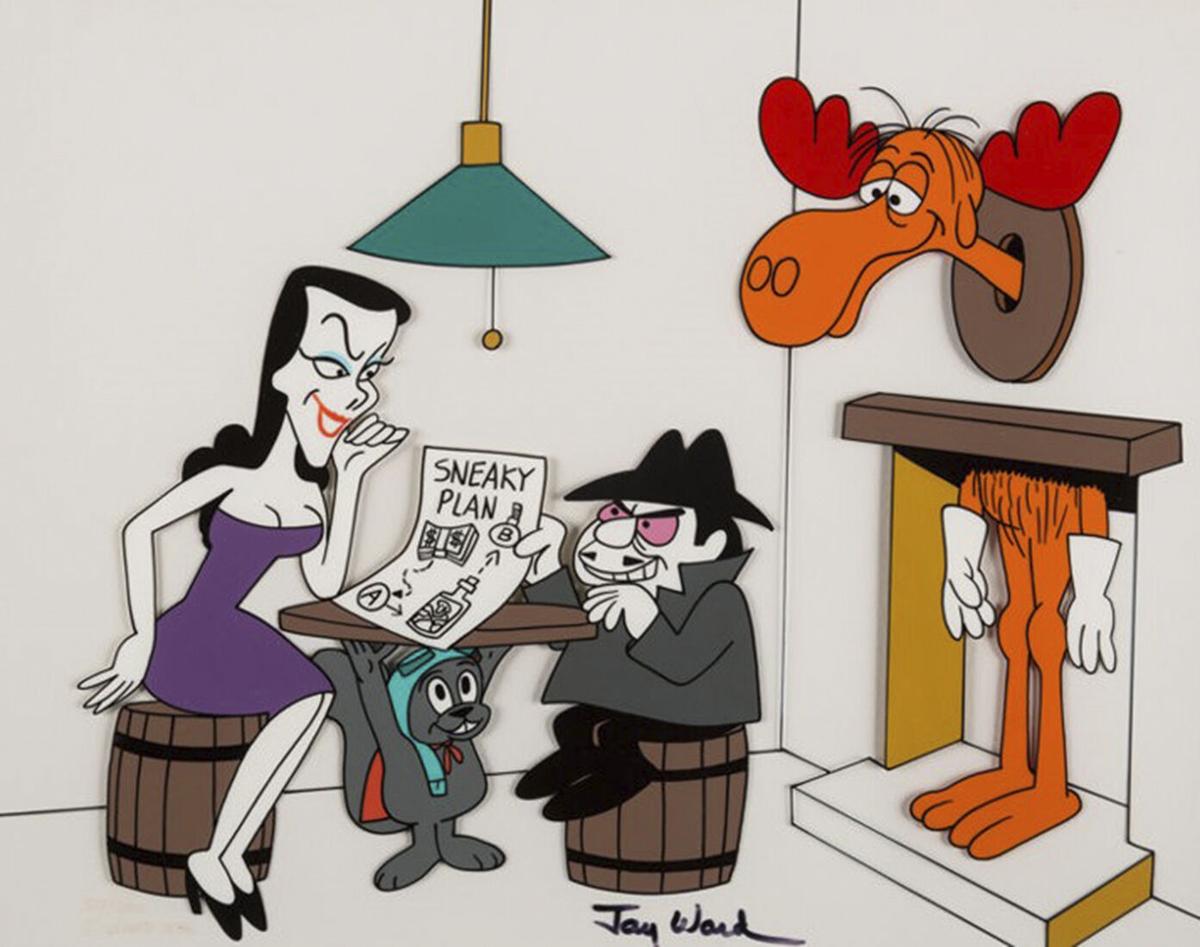 Paul Frees was the voice of no-goodnik Boris Badenov from Rocky and Bullwinkle.

June Foray was the voice behind Talking Tina, a Chatty Cathy copycat, albeit with more sinister intentions, from The Twilight Zone.

Paul Frees was the voice of no-goodnik Boris Badenov from Rocky and Bullwinkle.

These days, voice actors are well paid and well known. For decades, though, most labored in obscurity, since decades went by before voice credits became common. Here are profiles of four standouts from that earlier time. Two are celebrated for their versatility and two are indelibly linked to specific characters, but they all etched memories on our minds via their voices.

Owning a baby goat led to lifetime job security for Clarence Nash. He reproduced his pet’s bleating voice as part of his vaudeville act, then auditioned with it at the Disney Studios in 1933. No goat-voice jobs were available, but studio execs realized Nash’s squawk could be modified for the duck character they were developing.

Donald Duck debuted in “The Wise Little Hen,” a 1934 Silly Symphony. (The Silly Symphonies used many kinds of music, not just classical, and were a testing ground for themes and technical advances later used in full-length animated features.) The irascible duck first appeared with Mickey Mouse the same year in “Orphan’s Benefit” and their fractious relationship was perfected in 1935’s “The Band Concert,” which routinely appears in Top 10 lists of the greatest cartoons ever made. In it, Donald frustrates Mickey’s attempt to conduct the William Tell Overture by loudly hawking food like a ballpark vendor and repeatedly interrupting the Rossini with “Turkey in the Straw.”

By then nicknamed “Ducky,” Nash went on to voice Donald in more than 120 feature films, shorts, and cartoons over a 51-year career. In an unusual move, Nash also provided Donald’s voice in all the studio’s foreign-language releases. Disney could never find acceptable international squawkers, so “Ducky” voiced them using phonetic alphabets. “I had to learn to quack in Spanish, Portuguese, French, Italian, German, Dutch, Swedish, and Chinese,” Nash once recalled. “I listened through earphones to the English dialogue, and I’d match the length and mood of the dialogue in the other languages.”

Nash clearly did his work well. In most of Europe, Donald has been more popular than Mickey for decades. Germany even has a fan club named D.O.N.A.L.D., an acronym that stands for “German Organization for Non-commercial Followers of Pure Donaldism” when translated. Its 47th annual conference takes place this September; details are available at donald.org.

Nash wasn’t just a one-duck wonder, but he never strayed from the animal kingdom, voicing Donald’s nephews (Huey, Dewey, and Louie) and girlfriend Daisy, along with assorted Disney cats, frogs, and dogs. His final film was 1983’s Mickey’s Christmas Carol, although he continued voicing Donald in promos and commercials until his death two years later.

Who had an enormous hit record with “Singin’ in the Rain”? And performed “Fascinating Rhythm” in Lady, Be Good!, George and Ira Gershwin’s first Broadway musical? And sang the first song from an animated film to win an Academy Award? It makes no difference who you are, you’ve probably guessed from the sub-headline that it’s Cliff Edwards, who voiced Jiminy Cricket in Pinocchio and sang “When You Wish Upon a Star,” its Oscar-winning tune.

The second-most-famous talent to come out of Hannibal, Missouri (after Samuel Clemens aka Mark Twain), Edwards became a vaudeville headliner in the 1910s and was one of the first mainlanders to play the ukulele. (They were unknown here until the 1915 Panama-Pacific Exposition in San Francisco.) He got his stage name, Ukulele Ike, from a nightclub owner who couldn’t remember his real moniker. Edwards performed “Singin’ in the Rain” in MGM’s Broadway Revue of 1929, and alternated between film, Broadway, and recordings throughout the 1920s and ’30s.

Disney auditioned 36 voice actors before asking Edwards to read for Jiminy Cricket. It’s impossible to imagine anyone else as the conscience of Pinocchio, especially with his sincere dialogue and effortless falsetto singing. (That was one of three or four vocal styles he utilized; Edwards was one of the first jazz singers to scat.) A year later, he voiced Dandy Crow in Dumbo, singing “When I See an Elephant Fly.”

In real life, Edwards was far from the upright bachelor the Disney Studio tried to portray him as. He earned millions of dollars and spent it all, and more, on alimony to his three ex-wives (actresses all), fancy cars, posh hotels, booze, drugs, and gambling. His career rebounded in 1955 with the opening of Disneyland and the launch of television’s The Mickey Mouse Club and The Magical World of Disney. Edwards performed on both programs and did more voice work as Jiminy Cricket on shorts until 1960, when decades of hard living ended his performing career.

Where longevity and versatility are concerned, no one matches June Foray — not even Mel Blanc, “The Man of a Thousand Voices.” Foray, who died in 2017 at age 99, had an 85-year career, with legendary animator Chuck Jones saying of her, “June Foray is not the female Mel Blanc. Mel Blanc was the male June Foray.” Ironically, one reason that Foray isn’t as well known is that she worked on many Warner Brothers cartoons with Blanc. His contract prohibited anyone else from receiving credit, so viewers naturally assumed all the voices they heard were his.

Foray’s first performances in radio drama came while she was still in high school and, at age 94, she became the oldest person to win an Emmy Award for voicing Mrs. Cauldron on The Garfield Show. And while she was nicknamed “The Cartoon Queen” for her more than 300 animation credits, she also performed in live-action movies, full-length animated features (including Snow White and the Seven Dwarfs, Cinderella, and Peter Pan), video games, commercials, and television specials. Among many other credits, she voiced Cindy Lou Who in the holiday classic How the Grinch Stole Christmas, innocently wondering where the Grinchy Claus was taking the tree.

And now for her work on The Adventures of Rocky and Bullwinkle, the cartoon series that entertained adults as much as it did kids by poking fun at Cold War paranoia, fracturing fairy tales, rewriting history via the Wayback Machine, trying to pull rabbits out of hats, and parodying old-time melodrama. No topical allusion was off limits, provided it could be turned into a groan-inducing pun or a Gilbert and Sullivan-style piece of topsy-turvydom.

In the main storyline, Rocket J. Squirrel and Bullwinkle Moose battled Slavic no-goodniks Boris Badenov and Natasha Fatale for the fate of America, with Foray voicing both plucky squirrel and slinky spy. She also played every other female character in the show’s 173 episodes, including Nell Fenwick, the head of the Mountie camp’s daughter, whom Dudley Do-Right loved only slightly less than he did his horse.

It wasn’t 100 percent comedy for Foray. She memorably portrayed Talky Tina, a Chatty Cathy doll parody, on The Twilight Zone’s “Living Doll” episode in 1963. Tina went from standard friendliness (“My name is Talky Tina, and I love you!”) to exceptional evil (“My name is Talky Tina, and I’m going to kill you!”), and made good on her threat. It was a delicious piece of casting, especially since Foray had recorded Chatty Cathy’s original voice four years earlier.

Most of it was comedy, however, so let’s give Foray the last laugh with a famously subversive line from Rocky and Bullwinkle. When the moose is taken hostage by government agents, Rocky demands an explanation.

G-MAN: Army Intelligence. That mean anything to you?

Paul Frees was the one voice actor who could match June Foray for vocal versatility and Cliff Edwards for extravagant personality. He launched his career as a vaudeville impressionist, was seriously wounded on D-Day in World War II, and got into radio drama and voice acting after his partial recovery.

While most voice actors worked for one or two studios, Frees worked for nine or 10, with his most high-profile work for Disney and Jay Ward Studios. He was Disney’s Professor Ludwig von Drake for 25 years, starting with the character’s debut in 1961, and provided the subterranean voice of The Haunted Mansion’s ghost host at Disneyland and Walt Disney World. (At the other end of the vocal spectrum, Frees was also the Pillsbury Doughboy.)

The work he most enjoyed was with Jay Ward, the Rocky and Bullwinkle producer for whom he voiced Boris Badenov, Captain Peter “Wrong Way” Peachfuzz, and head Mountie Inspector Fenwick. The flamboyant Frees reveled in the studio’s casual atmosphere, announcing that he didn’t do retakes, he did encores, and once setting fire to Hans Conried’s Snidely Whiplash script in the middle of a take.

You’ve also heard Frees as many famous actors without realizing it. Thanks to his four-octave vocal range and infallible ear, he frequently voiced Humphrey Bogart, Orson Welles, Peter Lorre, Cary Grant, Boris Karloff, and others in Hollywood re-recording sessions. About two-thirds of Bogart’s dialogue in The Harder They Fall is actually Frees, and that’s him you’re hearing as Tony Curtis’ female character Josephine in Some Like It Hot.

Frees was animation’s flashiest dresser. His standard studio attire was an ivory three-piece suit with a pocket watch on one side and one of his many derringers on the other, a pink shirt, and orange-tinted glasses. And he boasted its most unusual hobby by joining Los Angeles police drug raids on his nights off. Like Edwards, his earnings were immense, befitting someone who voiced secret benefactor John Beresford Tipton on television’s The Millionaire, but Frees may have spent even more on alimony, notching five (or perhaps six) marriages to Edwards’ three.

A Boris and Natasha sample: youtu.be/4txmBNCAXg8 ◀