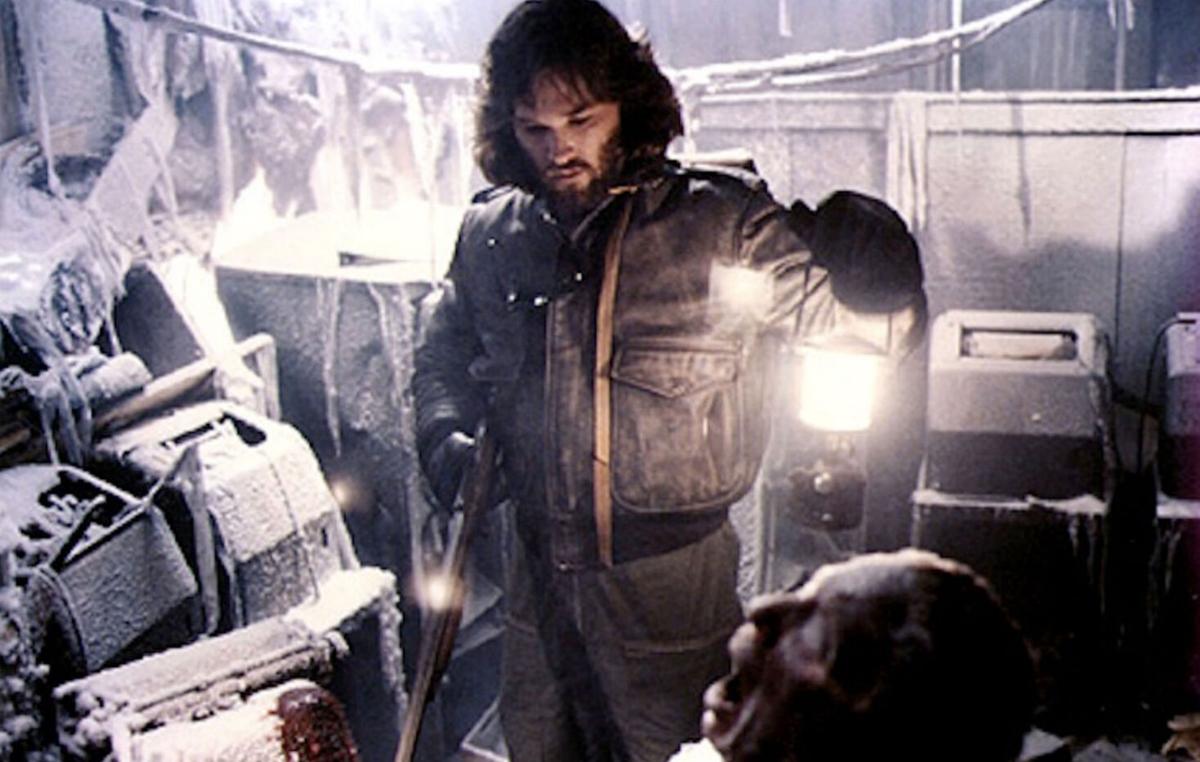 Kurt Russell in The Thing 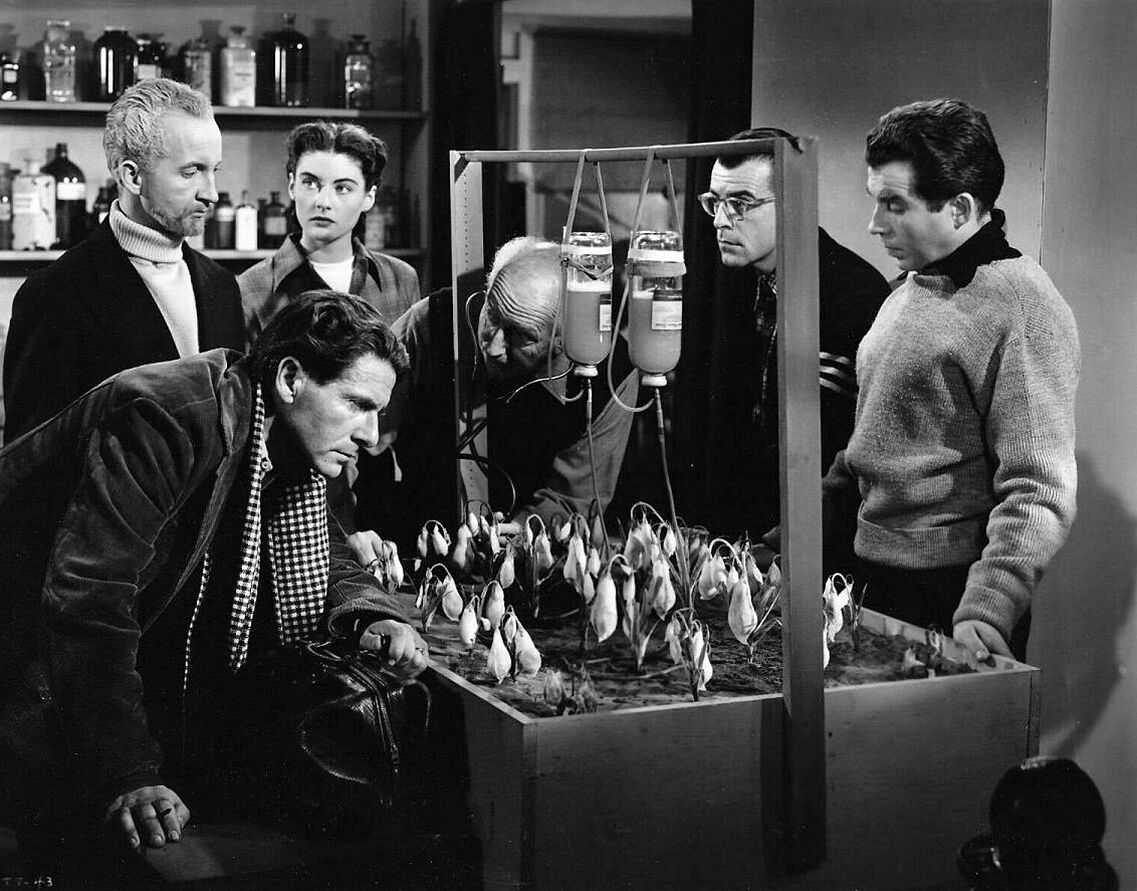 Dr. Carrington (Robert Cornthwaite) explains his experiment to members of Polar Expedition Six in The Thing from Another World 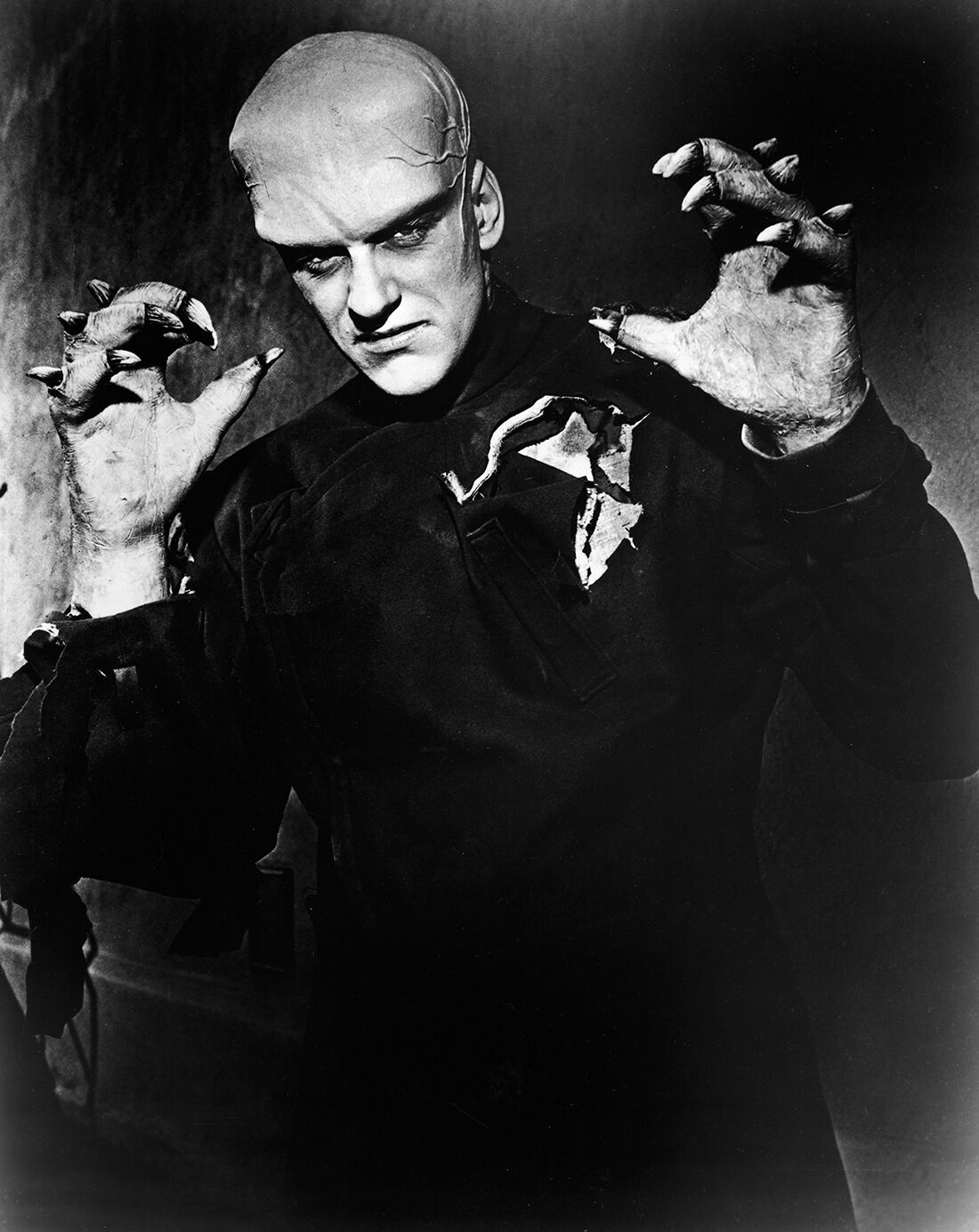 The humanoid monster (James Arness) from The Thing from Another World 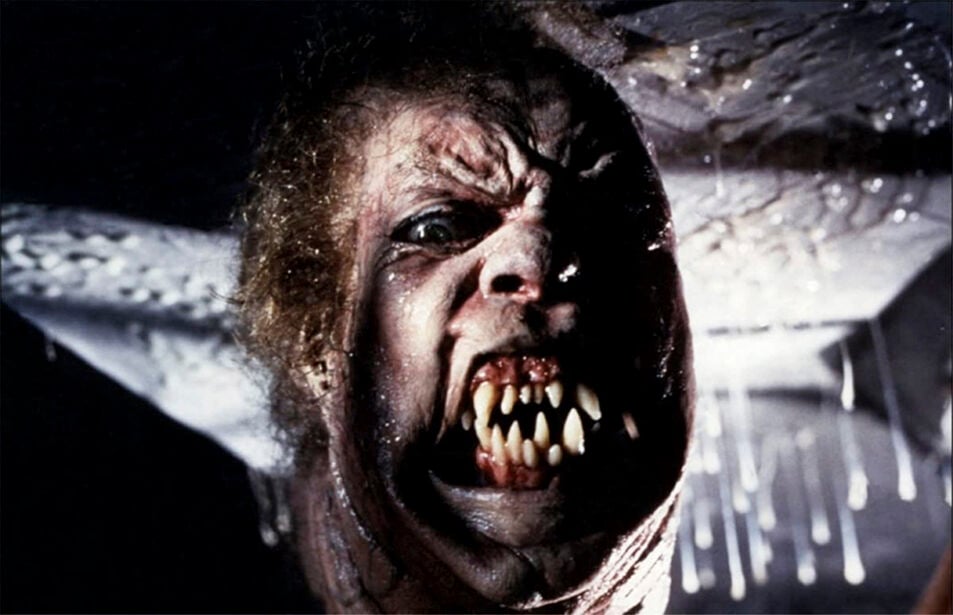 Kurt Russell in The Thing

Dr. Carrington (Robert Cornthwaite) explains his experiment to members of Polar Expedition Six in The Thing from Another World

The humanoid monster (James Arness) from The Thing from Another World

An alien crash-lands in the remote frozen regions of Earth. Revived by an unsuspecting team of scientists, it wreaks havoc on their research facility, threatening a small band of survivors during a fierce storm. Isolated from the outside world with their communications cut off, they must band together to defeat an uncommon foe that possesses abilities beyond anything they could imagine.

The narrative, which made its first appearance in science fiction author John W. Campbell Jr.’s novella Who Goes There? is now iconic. It set the stage for countless imitators and a wave of sci-fi invasion films in the 1950s, which are regarded today as some of the best the genre has to offer: The Day the Earth Stood Still (1951), The War of the Worlds (1953), It Came from Outer Space (1953), and Invasion of the Body Snatchers (1956).

Today, The Thing from Another World and its 1982 remake, The Thing, are seared into the consciousness of science fiction and horror fans. Campbell’s original story taps into the primordial fear of the “other,” and examines the deleterious effects of suspicion. In the 1950s, a cinematic version would prove a minefield for the Cold War-era paranoia sweeping the nation.

Both The Thing from Another World and its remake take aspects of the story and adapt them for their respective audiences. The first film, which was directed by Christian Nyby, changes the setting from Antarctica to the North Pole. The later take, directed by horror icon John Carpenter (Halloween, The Fog) retains the original setting. Nyby’s film changes Campbell’s extraterrestrial to a humanoid menace, and Carpenter keeps Campbell’s vision of a shape-shifting being that can assume human form.

identical title sequence. But, aside from its frozen setting, that’s where the similarities part ways.

These two “Things,” both of them scary and fun, couldn’t be more different in tone. One is bathed in an aura of otherworldliness, and peppered with humor and the quick-fire, realistic dialogue, which its producer, Howard Hawks, was known for. The other trades on mystery, animosity, and suspicion to build suspense, and features over-the-top practical effects that will leave you squirming.

Here, we look at two renderings of an enduring story, each of which commands legions of fans.

It starts innocently enough, with journalist Ned Scott (Douglas Spencer) visiting the Air Force officer’s club in Anchorage, Alaska, and reuniting with his old army buddy, Captain Pat Hendry (Kenneth Tobey). Under orders from his superiors, Hendry, with Scott, a co-pilot, and a navigator in tow, flies to Polar Expedition Six at the North Pole in response to a request from its lead scientist, Dr. Arthur Carrington (Robert Cornthwaite). Carrington’s equipment registered abnormalities in the craft’s flight pattern, and it seems an aircraft of some sort crashed nearby.

From the start, it sets a good-natured tone. A lovelorn Hendry takes the friendly ribbing of his underlings, and the film establishes an easygoing rapport between them. There’s nary a character who doesn’t elicit near-instant likability. And they keep up a playful banter throughout the film, even when their situation grows desperate.

Unlike the 1982 film, much of The Thing from Another World is dialogue-driven, and the character dynamics alone make it worth a watch. It never takes itself too seriously but doesn’t shirk on the scares when the script calls for them.

Found near the crash site of the alien craft and transported in a block of ice back to Polar Expedition Six, the creature (brought to menacing life by actor James Arness) looks something like Frankenstein’s monster. It’s a hulking beast with clawed hands and knuckles embedded with spikes. Its first appearance, after it was accidentally thawed, is unforgettable, and provides the film’s first real jump scare. While much of the ensuing violence happens off-screen, the descriptions of just what the creature is up to are enough to set your spine tingling.

Taking over the facility’s greenhouse, it sets about using the blood from human victims to generate a race of its own kind that, if left unchecked, would quickly threaten the world. Carrington and the other scientists determine that it’s some kind of highly advanced plant life, and it possesses a unique ability to regrow its severed limbs. Its intelligence is matched only by its brute strength.

Cornthwaite’s performance is among the film’s highlights. Carrington is a man obsessed with his discovery, and he’s determined to capture the creature alive, for the sake of science. Hendry, with a more clear-eyed view of the peril they’re in, seeks to destroy it. The dynamic between them accounts for much of the film’s tension. And a lot of its enjoyment comes from the spirited repartee among its cast. Credit for that goes to Hawks and scriptwriters Charles Lederer and Ben Hecht.

You won’t soon forget Scott’s final warning to the world, which must have struck a chord with audiences during America’s nascent nuclear age — when threats from the sky seemed plausible, if not inevitable.

A helicopter from a Norwegian research facility in Antarctica follows a sled dog, shooting as it runs to a nearby American research station. When the Norwegian pilot advances on them with a rifle in hand, they shoot him and harbor the grateful canine in the facility’s kennels. But the dog is not what it appears to be.

Just why was the Norwegian trying to kill the dog? The ensuing investigation at the Norwegian camp provides no answers, only a mystery in the form of the charred remains of a wildly deformed but seemingly human creature.

Audiences never see the monster in its true form until the climax, because this “Thing” spends much of its time disguised as its human (and canine) hosts. Unlike its predecessor, this time the creature was buried in the ice for thousands of years, biding its time. It seeks merely to survive, and jumps from body to body, leaving a bloody trail in its wake. In time, American helicopter pilot MacReady (Kurt Russell), the facility’s biologist Blair (Wilford Brimley), Dr. Copper (Richard Dysart), and the rest of the small band of men no longer know who they can trust. Their fight, too, becomes a desperate struggle for survival — against one another as much as against a common enemy.

Carpenter’s remake throws esprit de corps out the window. Character dynamics are rife with antagonism, skepticism, and distrust. It’s more like the Invasion of the Body Snatchers (1978), also a remake, in that way. And the entire experience is decidedly more downbeat. It hews closer to Campbell’s original story.

Russell, as the gruff no-nonsense, lone wolf protagonist, is a suitably stalwart lead. He gives a credible performance as a man used to going it alone, and whose wits are honed to a sharpened edge by a pragmatic outlook. MacReady’s stoic, but one senses that he’s seen much horror in the world before he was ever faced with an alien threat.

There are survivors, but when the credits roll, a question remains. Is it over? And that leads to much speculation on the part of the fans. Even MacReady can’t escape audience suspicion. It’s the perfect set-up for a sequel, although a sequel was never made. But there was a prequel: 2011’s The Thing, which shows how the events unfolded at the Norwegian camp, and it takes us right up to the moment where Carpenter’s bloody nightmare begins.

A few things about The Thing to whet your appetite for a classic pair of science fiction/horror gems.

Looking for a bonus feature? Check out 1972’s Horror Express, which is also based on the novella Who Goes There? This one sets the action aboard the Trans-Siberian Express en route to Moscow. Scientists Alexander Saxton and Dr. Wells (Christopher Lee and Peter Cushing, playing for the same team for once) face off against a monstrous cargo: an alien being believed at first to be the “missing link,” which uses telepathy to take over the minds of the train’s passengers. Look for a brief but memorable performance from Telly Savalas, hamming it up as a Russian Cossack. ◀