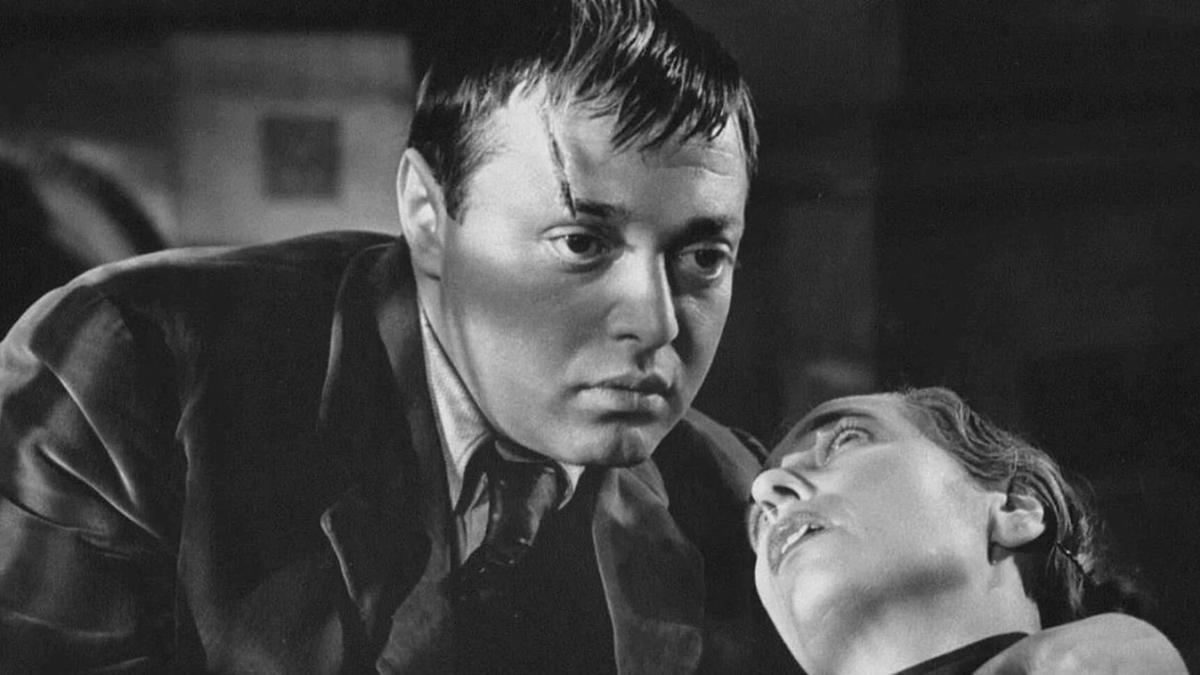 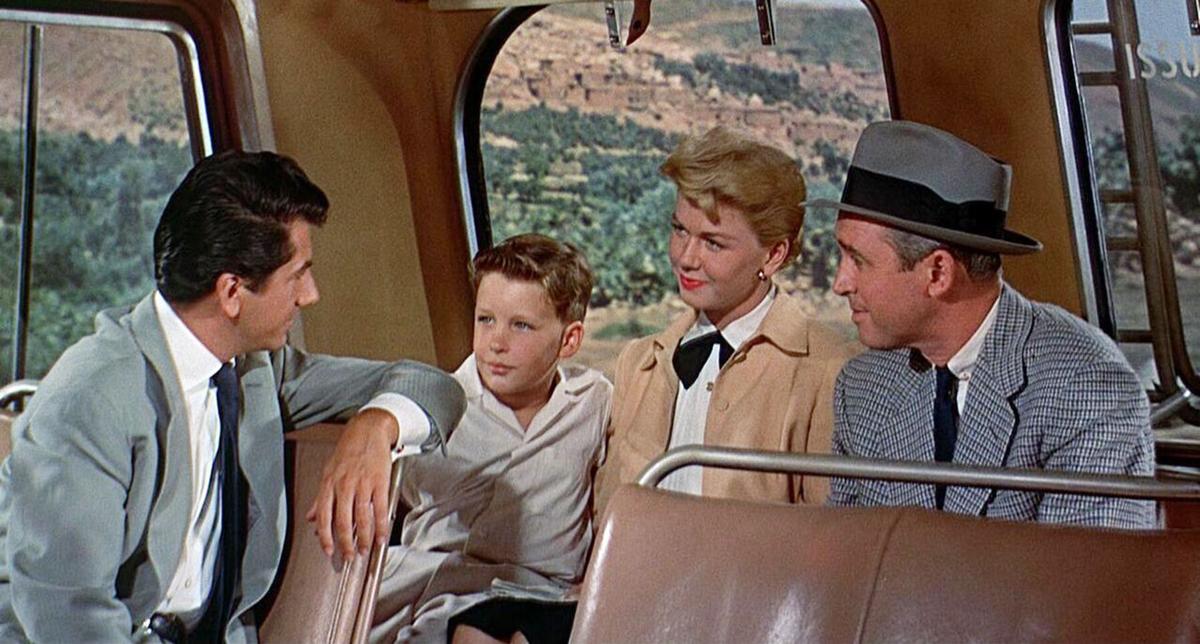 Not rated, 75 minutes, Amazon Prime Video, Apple TV, HBO Max, Santa Fe Library. (Be sure to watch the 2013 Criterion Collection re-release. The other versions are inferior.)

Movie remakes are almost as common as pigeons in the park, but The Man Who Knew Too Much is that rara avis — a reboot made 22 years after the original under the same title and by the same director, Alfred Hitchcock. While neither version is in the same league as Vertigo or Rear Window, they’re both enjoyable, albeit for very different reasons since, oddly enough, they are very different films.

The 1934 iteration is a 75-minute, black-and-white film that launched Hitchcock’s British career after some hit-or-miss earlier work. Shot in London, it stars Leslie Banks, Edna Best, and Peter Lorre, in his first English-language movie. Its tone is a mixture of comedy and drama up until the final two scenes, which are entirely serious.

Londoners Bob and Jill Lawrence (Banks and Best) are taking a winter vacation in St. Moritz with their precocious tween-age daughter, Betty. At dinner, Jill teases Bob by dancing with Louis, another Limey, who is shot from outside the hotel. Just before dying, Louis gives Jill his room key and tells her to find the shaving brush inside his room and get it to the British consul.

The Lawrences have run afoul of a criminal gang that’s also at the resort, headed by a man named Abbott (Lorre). Bob and Jill find the brush. To gain leverage with the Lawrences, Abbott and his men kidnap Betty, and tell the Lawrences they will kill her if the brush’s existence is disclosed. The Lawrences return to London, where an official from the British Foreign Office tells them that Louis was a spy in their employ, and that the gang is planning an assassination that could lead to another world war.

The brush has a cryptic note hidden inside it, which the Lawrences decide to keep secret. Just as Bob has tracked down the gang, the assassination target, who is an important diplomat, arrives in London and attends a symphony concert at the Royal Albert Hall. Jill goes there and her scream, when she sees the assassin’s rifle, leaves the diplomat wounded but alive. In the subsequent gun battle between the gang and police, Jill, an expert marksman, saves Betty’s life by shooting one of the gang members.

The 1956 remake is a lavish Hollywood color film that’s two hours long, starring James Stewart and Doris Day as Ben and Jo McKenna. He’s a physician and she’s a now-retired pop singer. Hitchcock retained the basics of the plot and its central ethical dilemma — family versus civic responsibility — but altered some of the material significantly and added several new scenes.

The central couple are Americans visiting Marrakesh for a few days with their son, Hank. Louis the spy is stabbed to death but manages to whisper the secret information to Ben before he dies, and Hank is promptly kidnapped by a kindly looking British couple. The villains are part of a coup attempt organized by an unnamed country’s ambassador to London, where the rest of the action takes place. The final scene takes place at the mystery country’s embassy, where Ben and Jo discover their son after Jo sings “Que Será, Será,” and Hank whistles the tune back. The remake is smoother and more slickly professional than the original. Its tone is also darker, with just a few brief moments of comedy.

When a Pasatiempo writer recently opined that “the 1934 version is the superior film,” a debate sprang up on their relative merits. We’ll refer to the combatants as the Originalist (1934 film) and the Revisionist (1956 film). Here’s what they had to say.

The Originalist, for the affirmative: The action starts even before the opening credits, when you see someone examining winter travel brochures, and drives straight through to the two climactic scenes at the end. There’s no dawdling or detours. The juxtaposition of comedy and suspense generates lots of energy, and the look of the film is very striking, especially in the London scenes. Most of it takes place in grubby East End neighborhoods after dark, and they have a nightmarish claustrophobia drawn from German expressionist films such as M and Metropolis.

The Revisionist, for the negative: Hitchcock shot the 1956 film in Vistavision, a pioneering widescreen technology, and it looks terrific. The first locale is the walled city in central Marrakesh, which establishes a sense of mystery and danger. It’s also very colorful, so just about everything takes place during the daytime. The McKennas are this nice couple from Indianapolis, which lets Hitchcock portray both their fascination and disquiet with the exotic environment.

The Originalist: Banks and Best engage in sophisticated, Noël Coward-esque banter that’s a lot of fun. Then, when Betty is kidnapped, they’re all British pluck and stiff-upper-lip resolve. Winston Churchill would have been proud of them. Plus, Peter Lorre is stupendous as the gang leader, playing it with a light touch and a sense of humor that make him especially creepy and threatening.

The Revisionist: No one does befuddled anger better than Jimmy Stewart, and he’s befuddled a lot here. The remake is also psychologically richer, exploring how the kidnapping increases the marital tensions between Jimmy and Doris. And don’t forget, you get to hear Doris singing “Que Será, Será,” which won the Academy Award for best song!

The Revisionist, on the original film’s flaws: You can tell the earlier film was made on a small budget by things like the cheesy rear projection during the St. Moritz exterior scenes. The gunfight finale goes on too long and loses energy partway through. Hitchcock was right to devise a different ending for the remake. There’s not much psychological exploration of the characters in the first film and sometimes the pacing just feels too fast, racing through points that should have been expanded.

The Originalist, on the remake’s flaws: Cold War-era thinking abounds in the 1956 version, especially in its Orientalist attitudes toward the Moroccans and in the paternalistic treatment of women. Jo is presented as a hysterical female who has to be sedated by her doctor-husband-savior. The remake also drags its feet. In both films the plot gets underway when Louis is killed; that’s 10 minutes into the original but at the 30-minute mark of the remake. Finally, while many consider “Que Será, Será” a tiresome song, you get to hear it twice.

The decision: In her almost infinite wisdom, Pasatiempo’s editor judged the Originalist’s arguments to be the more compelling, but only by a narrow margin. Here she paralleled filmdom’s Tomatometer, which has critics preferring the original by an 89 percent positive to 87 percent positive rate.

More, more, more about "The Man Who Knew Too Much"

More trivia-worthy factoids about The Man Who Knew Too Much

The remake is OK in its late-Hitchcock slick way until the unbearable moment when Doris Day, not a good dramatic actress, reverts to form and predictably and irritatingly sings Que Sera Sera. It is at that point that the movie goes completely off the tracks. The original with the wonderful Lorre is far superior as a piece of original filmmaking.