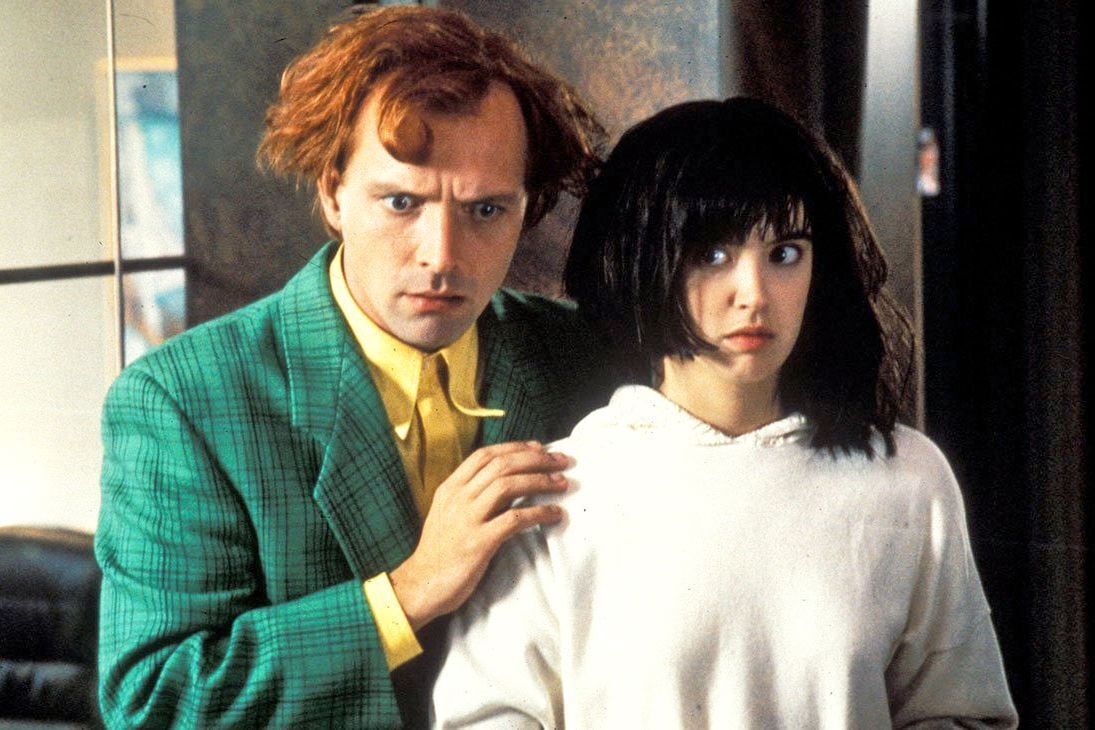 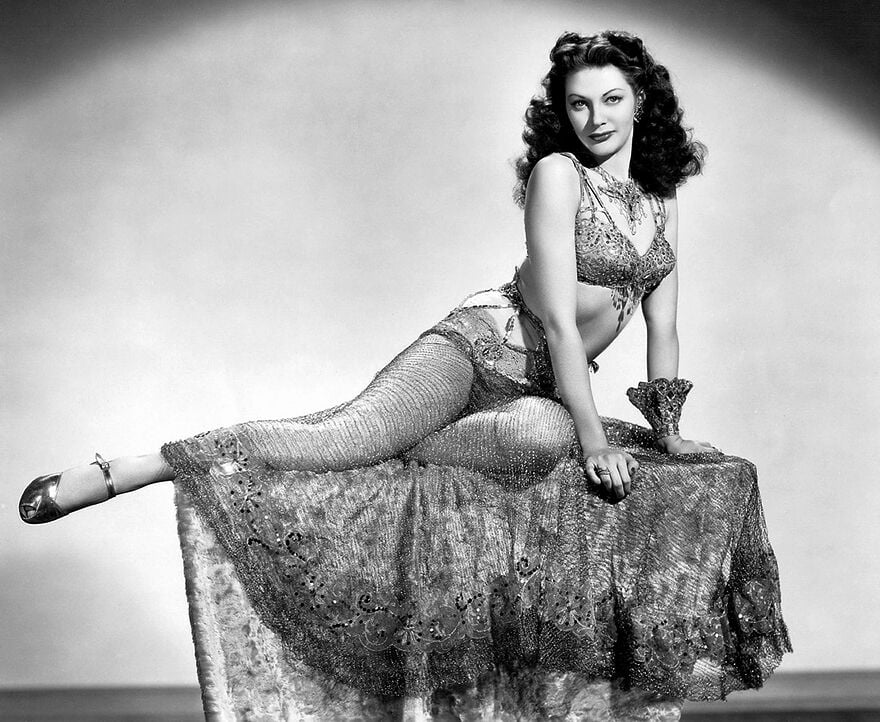 Salome, Where She Danced 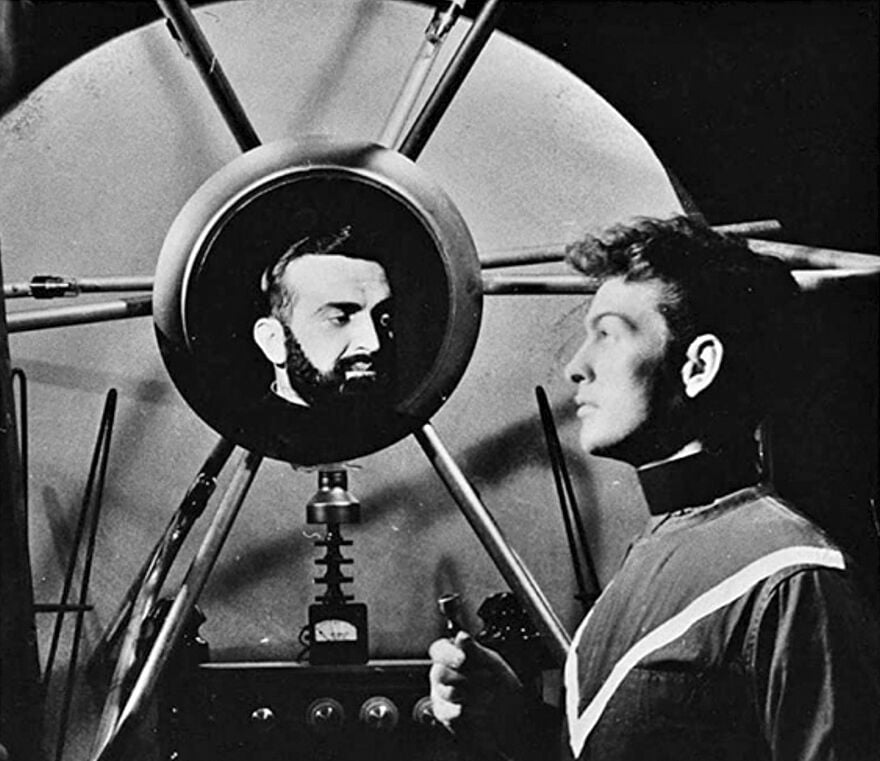 Salome, Where She Danced

A grown woman’s imaginary friend from childhood pops out of an old toy. The wild redhead in a striped green suit proceeds to torment her in upsetting, lovingly scatological ways, all in service of helping her get her life together. Phoebe Cates is the perpetually flustered Lizzie Cronin. The titular character is played as a deranged Keebler Elf by Rik Mayall, who’s probably best known for his role as Rick, the anarchist, on The Young Ones, an early 1980s British sitcom.

“The guy is a cross between Beetlejuice and Pee-wee Herman, but not as entertaining as either. … Tasteless sexual references abound. This is easily one of the worst films I’ve ever seen,” Gene Siskel wrote in 1991.

I’m usually similarly prudish, and yet Drop Dead Fred is one of my all-time favorite movies. Maybe it’s a question of taste, but I think it all depends on whether you find Fred’s antics uncomfortably adorable and psychologically provocative, or just gross. And you probably have to relate on some level to Lizzie, whose slimy husband, Charles (Tim Matheson), has left her for the unbearably sexy Annabella (played with visceral relish by an uncredited Bridget Fonda). Lizzie’s deeper problem, however, is her domineering mother, Polly (Marsha Mason), who has always wanted Lizzie to be a fundamentally different person.

Drop Dead Fred is stuffed with earnest big-name performances, including Carrie Fisher as Lizzie’s best friend, and Ron Eldard as her new love interest. But it has a pacing problem, with scenes that are more episodic than narrative, as well as an unevenness to its rising action. The movie frequently flashes back to Lizzie’s childhood, when she and Fred made messes with mud pies and broken glass. He still wants to play this way, but she’s grown up. The movie asks if Lizzie is responsible for taming Fred, or if he’s something that’s happening to her. Perhaps this serious question about resolving childhood trauma is more than some viewers will entertain while Fred’s smearing dog poo all over Polly’s clean carpet. But Polly is truly cruel to Little Lizzie (Ashley Peldon), and watching her impish grin crumple in her mother’s presence inspires sympathy for Big Lizzie, who can either claim her life or submit to Polly’s will forevermore. Comedy/fantasy, rated PG-13, 103 minutes, Prime Video

This Technicolor extravaganza might best be described as a hybrid of Gone With the Wind, Around the World in 80 Days, and one of those Judy-Garland-and-Mickey-Rooney-put-on-a-show movies, all compressed into 85 action-packed minutes. It’s the film that made Yvonne De Carlo a B-movie star. She played Anna Maria, a sultry Viennese ballerina who’s also famous for her Salome dance.

The storyline is incredible in the best-worst way. The only truly believable aspect is that most of the male characters fall in lust with Anna Maria, including, but not limited to an Austrian, a Prussian, two Americans, and a Russian. The love triangle at its center is between De Carlo (the Scarlett O’Hara-type character), David Bruce as Confederate soldier Cleve (Ashley Wilkes), and Clark Gable look-alike Rod Cameron as Jim, a war correspondent (Rhett Butler).

The plot feels as if it had been reverse engineered with the goal of using every set at Universal Studios that wasn’t already spoken for. It starts at the end of the Civil War (with Robert E. Lee exhorting his losing troops to get over it), then leaps the Atlantic for the Berlin Opera (with Chancellor Otto von Bismarck in his opera box), the Austro-Prussian War (in which Anna Maria’s Austrian lover is killed), a quick stopover in Vienna, an overseas voyage to Galveston, and a stagecoach trip into the Wild West.

Improbable coincidences abound, and it seems there are only 40 or 50 people in the entire world who keep running into each other around the globe. Much of the dialogue is very funny, including some that was meant to be so and more that probably wasn’t. No one is guilty of much acting, especially not stolid David Bruce as Cleve, who (spoiler alert) nevertheless ends up with Anna Maria at the end. Typical of the filmmakers’ toss-it-all-into-the-blender approach is the character of Dr. Ling, a Chinese immigrant who studied medicine in Edinburgh, thereby acquiring a Scots accent, a role performed in yellowface by Milwaukee’s own Abner Biberman.

The film works, in a weird sort of way, because of its brevity, its energy, its humor (intentional or not), and the magnetic presence of the 22-year-old De Carlo. She’s incredibly beautiful (not for nothing was she known as “The Queen of Technicolor”), wears lots of fabulous gowns, and her Salome dance is convincingly erotic. It’s performed in a Wild West opry house and the locals are so knocked out by De Carlo that they immediately change the name of their town to Salome, Where She Danced. (Oddly, there was actually an Arizona town with that name, but its founding preceded the movie by several decades. Remnants of it, and a few local businesses, still remain.)

If De Carlo’s name rings a vague, 1960s television bell, it’s because she portrayed the vampirical Lily Munster on The Munsters. Despite all her film and television work, she hit her artistic apex in 1971, playing Carlotta in the original Broadway company of Follies and introducing the song “I’m Still Here.” Western/drama/music, rated PG-13, 85 minutes, Prime Video

Lobsters don’t generally inspire fear in movie audiences, and the one in Teenagers from Outer Space is no exception, despite its tremendous size. Referred to as a gargon, the alien creature (which is obviously a crustacean) was placed on Earth as a precursor to an alien invasion. Humanoids from another planet plan to breed gargons, using Earthlings as the creatures’ food source. Derek, a peace-loving teenager among their crew, attempts to thwart the mission, once he realizes that Earth is inhabited by intelligent beings.

Derek (David Love) takes sweet-as-pie teenager Betty Morgan (Dawn Bender) as his confidant. While doggedly pursued by the alien Thor (Bryan Grant), the duo hope to warn the Earth of the impending invasion.

Unintentional laughs come right from the opening scenes, as a gaggle of aliens emerges from their spacecraft, donning air force helmets, and promptly turn their dime-store plastic ray guns on Sparky, Betty’s hapless dog (whose barks are dubbed by a human actor).

Teenagers from Outer Space was the second (and final) feature from director Tom Graeff, who suffered a nervous breakdown after its box office failure. Love gets top billing in what would prove his only major screen role. He was Graeff’s off-screen paramour, which may explain why his name appears larger than life in the opening credits.

Graeff’s cost-cutting measures included markings on the alien spacesuits that were made of masking tape, socks worn on the outside of shoes for the alien footwear, and a fancy piece of alien equipment that’s clearly labeled in English as a sound mixer.

The dialogue was all pre-recorded and lip-synched by the actors during filming, and a lobster’s shadow was superimposed in postproduction for the menacing gargon.

Despite its shortcomings, it’s actually quite suspenseful. In his pursuit of Derek, Thor is as relentless as Yul Brynner’s robotic gunslinger in Westworld (1973) and Arnold Schwarzenegger’s cyborg in The Terminator (1984).

It’s impossible not to adore its two leads, Betty and Derek, whose saccharine dialogue is delivered so earnestly that it only adds to the endearing charm. Science fiction, not rated, 86 minutes, YouTube, Amazon Prime, Dailymotion