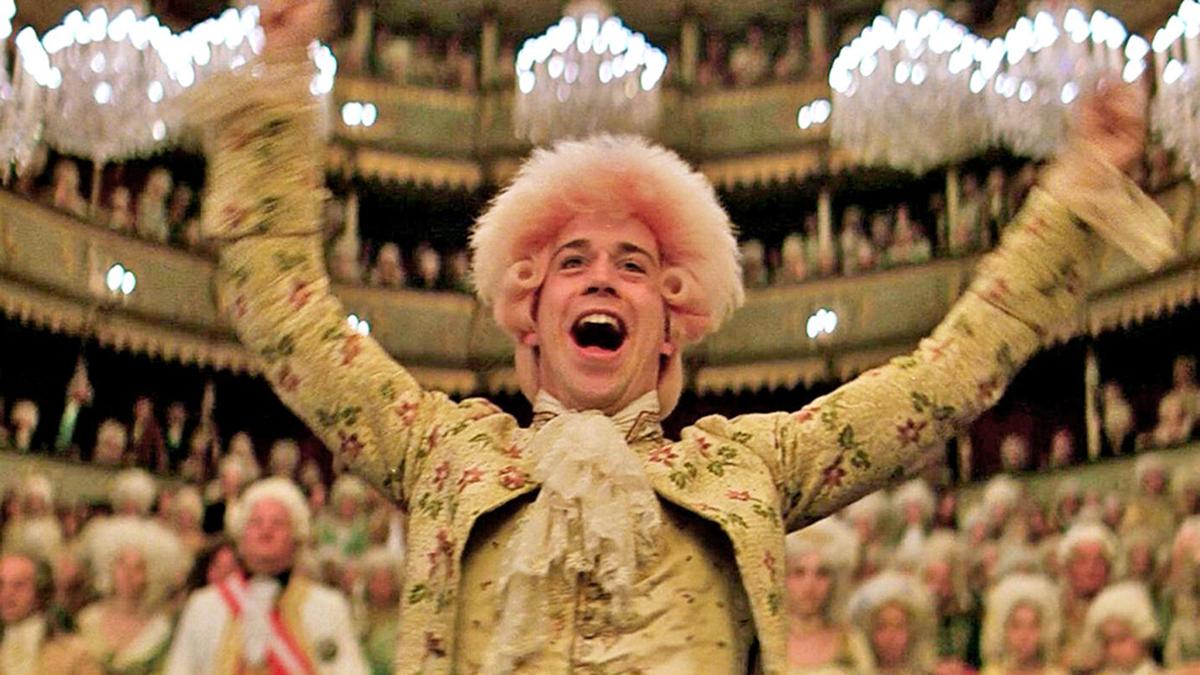 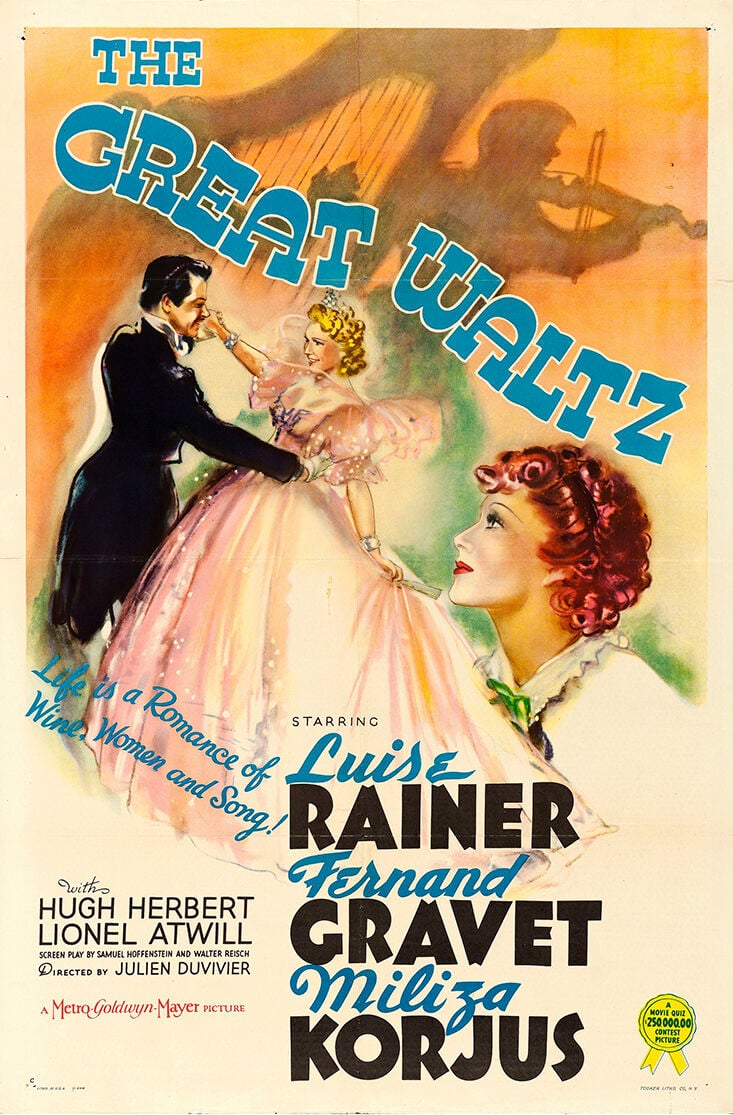 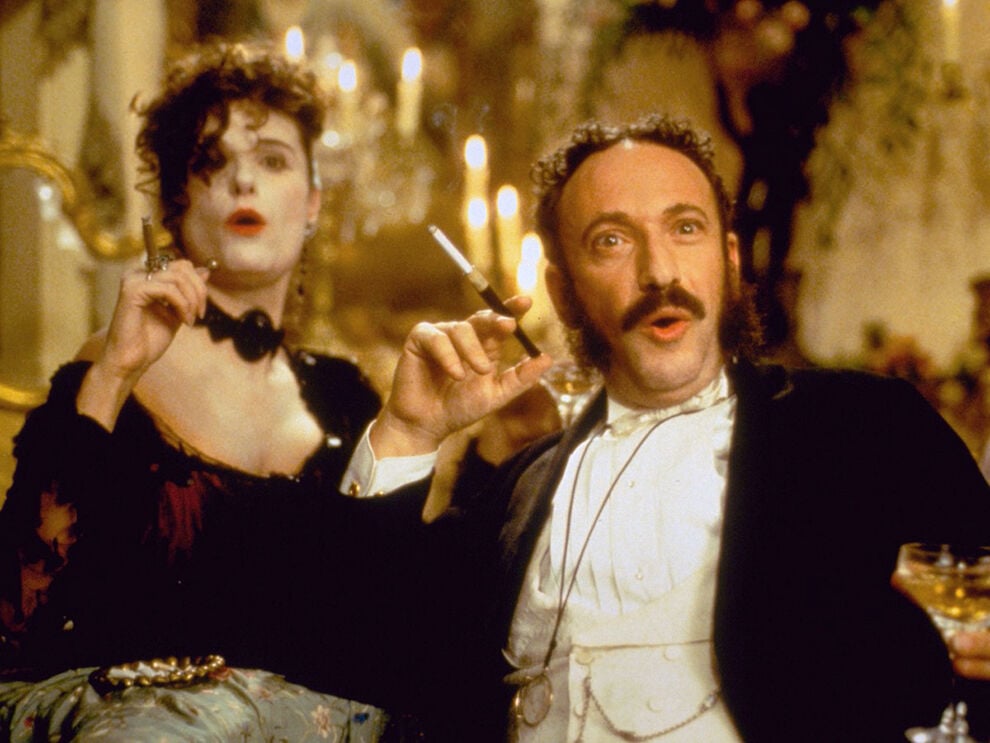 The recent flap over the fourth season of The Crown and the accuracy of Princess Diana’s depiction is just the latest iteration in a long-running debate: What obligation do filmmakers have to present just the facts, ma’am, in depicting well-known, real-life characters?

Writers and directors have always invented fictional characters and events, and changed actual ones, for the sake of creating a coherent film. With classical composer biopics, a Hollywood staple since the 1930s, the sex lives of their subjects presented particular challenges. Most were conducted allegro and con diversificazione, which meant they were whitewashed well into the 1970s. Filmmakers also approached the subject of how to depict creativity and genius with a great deal of ... well, creativity, if seldom much genius.

The Great Waltz (1938) and Rhapsody in Blue (1945) are two of the best-known composer biopics from the early decades. They took the same approach to their subjects, with very differing results. The former, about Johann Strauss Jr., Vienna’s “Waltz King,” is still a rewarding watch today, while the latter, about George Gershwin, is of just occasional interest, even with all its great music.

Both films used the same basic plot device: the love triangle with class distinctions. Strauss is married to a working-class spouse and infatuated with a charismatic opera singer; Gershwin is torn between the girl-next-door type who’s working her way up in show business, and the wealthy, sophisticated American expatriate he meets at a Paris nightclub.

All of this is fictitious. Strauss was uneasily married to a retired singer and had several affairs during the time period of the film. Gershwin had a long-running affair with married composer Kay Swift, as well as many other briefer encounters.

The Great Waltz didn’t pretend to historical accuracy and admitted it up front, in a title card proclaiming, “We have dramatized the spirit rather than the facts of his life.” Highly regarded director Julien Duvivier kept things moving with the propulsion of a waltz well played, as swirling camera movements suggest the dance’s intoxicating spirit. To their credit, the film’s creators figured out ways to integrate many of the musical excerpts into the action, so they don’t slow things down much.

The best performance comes from Polish-born opera star Miliza Korjus —and not just for her singing. As diva Carla Donner, she managed most of her extensive dialogue scenes with flair, an impressive feat considering that English was her third or fourth language. Too much screen time is devoted to her vocalizing, most of it in close-ups, but you can see and hear why she was nicknamed both “The Berlin Nightingale” and “Gorgeous Korjus.”

Both films also contain highly imaginative portrayals of how music is composed. In The Great Waltz, Strauss goes for a carriage ride in the forest, and everything there writes “Tales from the Vienna Woods” for him — the main melodies are yodeled by shepherds, tweeted by birds, and wheezed out by the harmonica-playing driver. The carriage horse even manages to clip-clop in waltz time, giving the impression that it has three legs instead of four.

As an example of how music gets written, it’s ridiculous, of course, but the scene carried off with such panache and detail that it’s also charming. The parallel scene in which Gershwin wanders around Paris while the city composes An American in Paris, is much less inventive and specific, apart from the famous taxi horns blaring at the beginning, and much less fun.

Rhapsody in Blue played fast and loose with the truth clandestinely, changing even well-known facts in favor of forced sentimentality. In the most blatant example, Gershwin dies just after deciding to marry the girl next door, and while his Piano Concerto in F is receiving a live national radio broadcast — an opportunity for the conductor to announce the tragic news from the stage mid-performance. (Gershwin actually died on a Sunday morning, sans concert and without intending to marry anyone.)

The depiction of Gershwin’s Broadway shows and concert performances is close to literal truth but dull, dull, dull — often stopping for musical segments that go on far too long. The film’s one truly interesting aspect is the involvement of several real-life figures, including bandleader Paul Whiteman for the premiere of Rhapsody in Blue, which he commissioned. Singer-pianist Hazel Scott (the first Black performer to have her own network television show) is mesmerizing in a Paris nightclub scene, and Anne Brown, Broadway’s original Bess, is heard in an all-too-brief segment of “Summertime.”

With filmdom’s freedom to explore previously forbidden content starting in the 1960s, more frank depictions of classical composers’ love lives wasn’t far behind. Director Ken Russell leaped right into the deep end with 1971’s The Music Lovers, about Tchaikovsky’s disastrous attempt at heterosexual marriage. (One of its taglines was “The story of a homosexual who married a nymphomaniac.”) The Music Lovers was savaged by the media and sank from sight, although it has become something of a cult classic in the decades since.

Author Peter Shaffer viewed it as “a fantasia” springing from the myth that the less-talented Salieri poisoned the divinely gifted Mozart out of jealousy. (The two composers competed for some appointments but maintained cordial personal relations.) For Shaffer, the crux of the drama was about Salieri and God, not Salieri and Mozart. Why would a supposedly beneficent Supreme Being deny the virtuous Salieri the genius showered on the less-worthy Mozart, a giggling infantile who loved fart jokes and sexual game playing?

This characterization came from Shaffer’s surprise at the content and tone of the composer’s letters, but it feels like a Victorian inability to accept the fact that someone could simultaneously compose exceptional music, enjoy raunchy humor, and be a functional, well-adjusted adult — which, by all contemporary accounts, he was.

And in demolishing one stereotype — Mozart as a dainty porcelain figurine who wrote charming, bloodless music — Amadeus resurrected many others, almost all of which were 19th-century fictions. The most enduring (and most unfortunate) is that incredible music simply poured out of his head, with virtually no effort on the composer’s part. It is no more accurate than the depictions of Strauss and Gershwin at work.

Is Amadeus still worth a look? Yes, for the film’s expert performances (especially by Abraham, Tom Hulce as Mozart, and Jeffrey Jones as Emperor Joseph II), lavish costumes and superb period settings, and the opera scenes staged at Prague’s Estates Theatre, where Don Giovanni had its world premiere in 1787.

Topsy-Turvy (1999) examines the increasingly fraught working relationship between wordsmith W.S. Gilbert and composer Arthur Sullivan during the period leading up to The Mikado, their greatest triumph. It proves that it’s possible to make a biopic combining historical accuracy (Sullivan was just as much a bounder as Gershwin) and entertainment value. The film also offers a convincing portrayal of the nature of creative work, which none of the others attempt.

Director Mike Leigh adapted his iconoclastic working method — which begins with a long period of research and improvisation by cast members as they develop characters, plot lines, and dialogue — to a well-known story by incorporating a detailed exploration of the bleak working conditions in Victorian-era theater. The frictions, fights, and decisions that are part of shaping a show are also realistically presented. Here, the triumph of the opening night performance is all the more impressive juxtaposed with seeing the cast perform through injury and pain with the fortitude of professional hockey players, often aided by morphine and alcohol.

Topsy-Turvy ends with the operetta’s opening night, staged in scrupulously accurate scenery and costumes. Everyone who sings or plays an instrument is actually doing so, almost certainly a first in the biopic realm. To paraphrase one of Gilbert’s most famous quotes, from The Mikado, all this corroborative detail gives artistic verisimilitude to Leigh’s lush and very convincing narrative. ◀