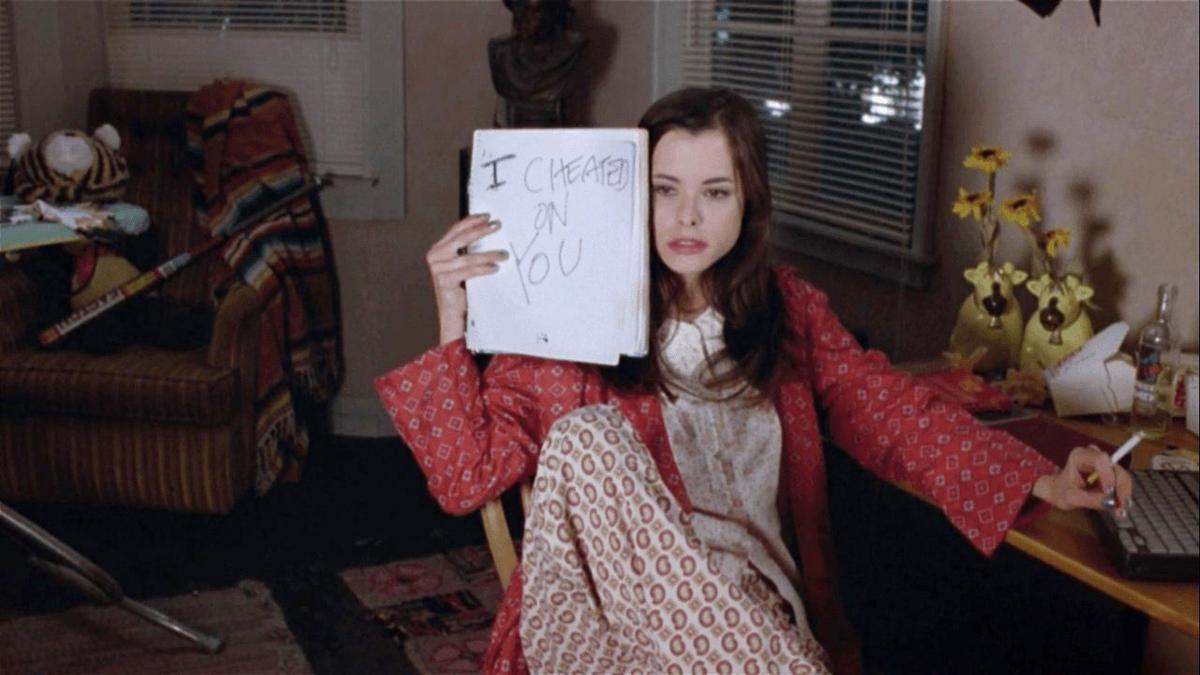 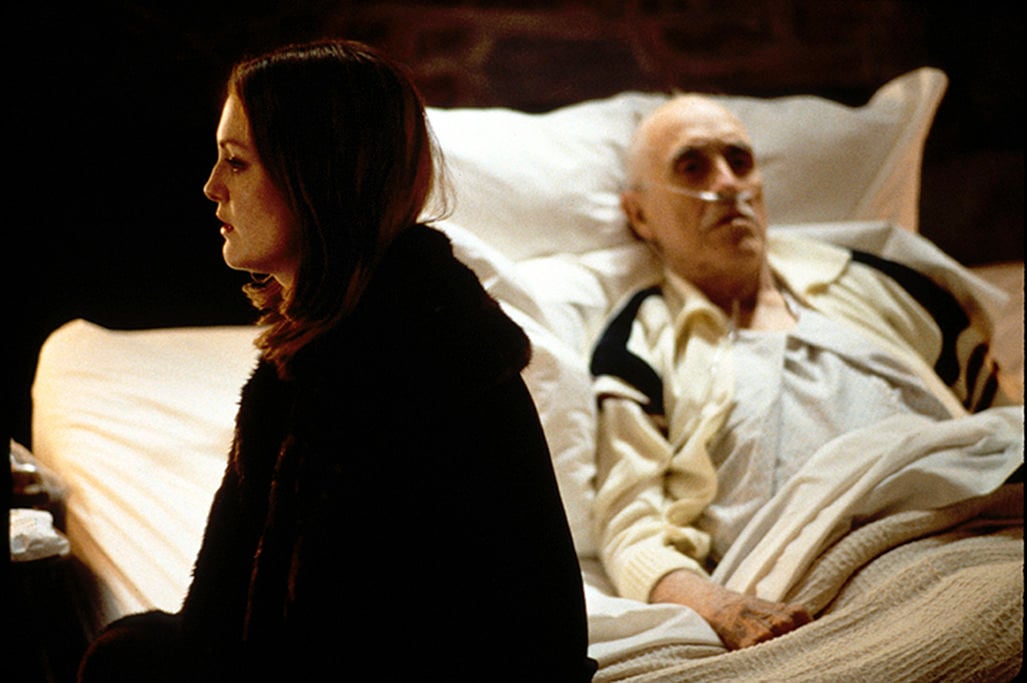 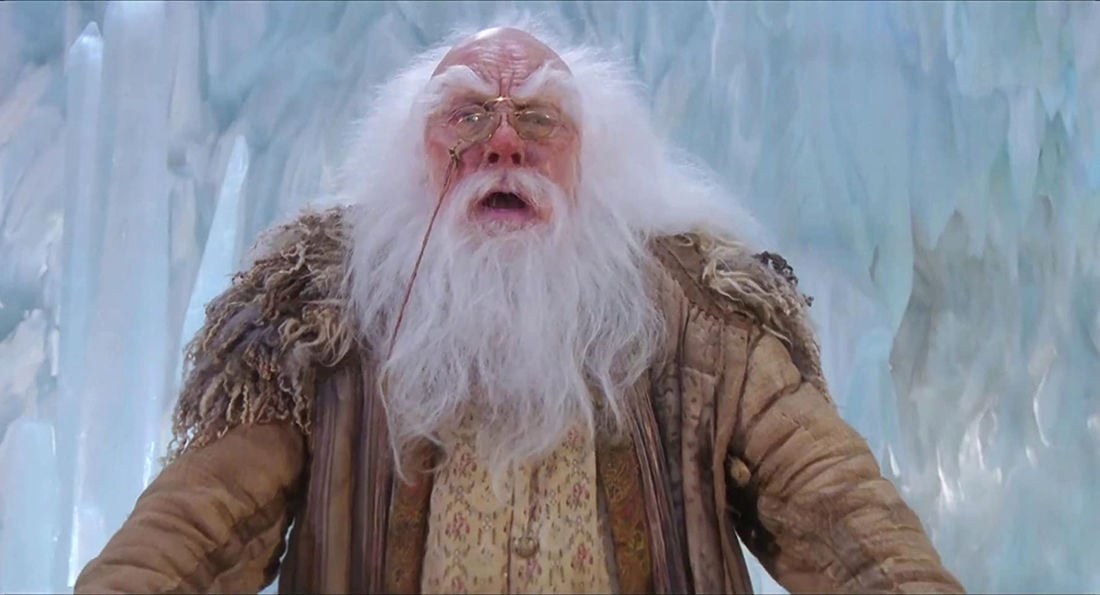 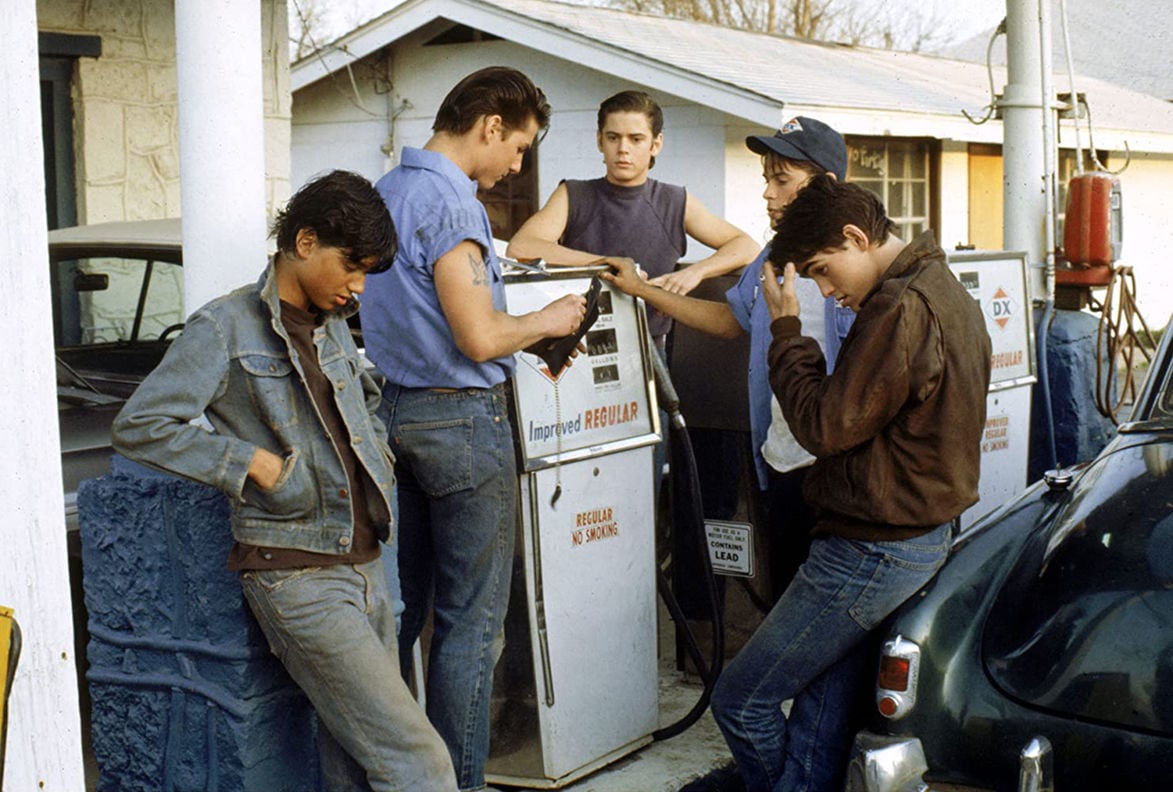 In times of stress, I like to dive headfirst into the upending traumas and subtle joys of being alive, narratively speaking. Lately, I’ve been craving the familiar: Dark comedies and character-driven psychodramas. Below are some of my most reliably rewatchable favorites. In looking over my selections, I noticed that each movie contains a theme or plot point in which characters must hunker down for their own physical or mental safety. I supported them in their travails by watching all of these movies from under a blanket on my couch.

This high school romance starring the late Heath Ledger and the radiant Julia Stiles isn’t just another teen comedy. 10 Things I Hate About You is a retelling of William Shakespeare’s The Taming of the Shrew, set in the Seattle area at “Padua High School,” where status and reputation are everything. Stiles plays the tempestuous loner Kat Stratford and Ledger is Patrick Verona, a brute from a foreign land who is hired to woo her so that another boy can take out her younger sister, Bianca (Larisa Oleynik). Their authoritarian father — played by a pitch-perfect Larry Miller — has forbidden Bianca from having a boyfriend before Kat does. The misanthropic Kat takes a measure of glee in standing in Bianca’s way.

The charms of 10 Things I Hate About You are many. The ensemble includes Joseph Gordon-Levitt and David Krumholtz as a pair of lightly bumbling outcasts and Gabrielle Union as Bianca’s duplicitous best friend. Andrew Keegan turns out an exquisitely loathsome performance as one of Bianca’s suitors (and an aspiring underwear model). The soundtrack features gems by Letters to Cleo, Joan Armatrading, and Save Ferris. And in great Shakespearean tradition, the romance between Kat and Patrick is based on a respectful meeting of the minds. All of the characters are trapped, however, in the social roles that seem to exist in every American high school. And Kat, who once suffered a loss of dignity during a dark time in her life, has withdrawn into herself rather than ever taking a chance on connecting with others, lest someone make her do something that she doesn’t want to do. Teen comedy, rated PG-13, 97 minutes, YouTube, Google Play, iTunes, Amazon Prime, Vudu, Disney+.

So, you’ve earned a bachelor’s degree in the arts or humanities and now you have no idea what to do with yourself? Why not make lifelong pals out of Grover ( Josh Hamilton), Max (Chris Eigeman), Otis (Carol Jacott), and Skippy ( Jason Wiles), the hapless protagonists of writer/director Noah Baumbach’s first feature film? Decades before the autobiographical auteur had the material for Marriage Story, he made a movie about that weird year between the last vestiges of childhood and honest-to-goodness adulthood when you still measure time in semesters because it’s the only calendar you’ve ever known.

Kicking and Screaming takes place in the self-imposed prison of post-collegiate expectations. Should you go to grad school or get a job? Is Brooklyn the place to be? Or maybe it’s easier just to stay in your college town. The Pixies- and Freedy Johnston-heavy soundtrack anchors the movie to the alt-rock, indie-film sensibilities of the mid-1990s. The divine women of the supporting cast include Parker Posey (of course) and Cara Buono, with bigger hair than she’s ever sported in Stranger Things. But the best part about Kicking and Screaming is its plethora of quotable quips, including, “I’m nostalgic for conversations I had yesterday. I’ve begun reminiscing events before they even occur,” and “What I used to able to pass off as a bad summer could now potentially turn into a bad life,” and the timeless “I begged you not to get off Prozac.” Indie comedy, rated R, 96 minutes, Netflix, YouTube, Tubi, Vudu, iTunes, Google Play, Amazon Prime.

When Officer Jim Kurring ( John C. Reilly) goes to Claudia’s (Melora Walters) apartment on a noise complaint, she frantically cleans cocaine off her coffee table before she answers the door. Her music is blaring and every second is a frenzy while she races around. Most scenes in Magnolia have this quality, as each character’s needs meet and conflict with external expectations. The enormous A-list ensemble cast includes Tom Cruise as Frank T.J. Mackey, a self-styled motivational speaker who teaches men how to take advantage of women, who must deal with the truth of his past and whether or not to visit his dying father, Earl ( Jason Robards). Jimmy Gator (Phillip Baker Hall) faces a terminal diagnosis in the middle of his workday as a game-show host — a storyline that connects back to Claudia, his drug-addicted daughter. Set during one day and night in Los Angeles, the movie utilizes multiple characters and intersecting plots to explore the middle ground between good and evil, and the lifelong ramifications of abusing and neglecting children.

Writer/director P.T. Anderson’s three-hour-plus foray into the psychological hellscapes of severely damaged people goes along at a clip. It has a great soundtrack by Aimee Mann that’s often used to further the story. A tongue-in-cheek voice-over by the late Ricky Jay places the movie’s action in the context of chance and coincidence. The past always matters, the movie says, because it creates the present and sets the future in motion. There is a prescient quality to the voice-over, and (spoiler alert) the plot contains an actual biblical plague — which might be exactly the reflection of real life that you need to see right now. Drama, rated R, 188 minutes, Netflix, YouTube, Google Play, Vudu, Amazon Prime, iTunes.

In this children’s fantasy based on the 1979 novel by German writer Michael Ende, Bastian (Barret Oliver) is a dreamy bookworm whose father would like him to focus on the important things in life, which definitely do not include drawing unicorns on his notebook. Bullied by some boys on his way to school one morning, Bastian takes refuge in a bookstore, where the proprietor sparks his interest in a book by telling him it’s off-limits because it’s not safe like ordinary books. So, Bastian steals it and sequesters himself in his school’s dusty attic to read all day instead of going to class.

At first, Bastian thinks he’s engrossed in a story about a land called Fantasia. It’s populated by all sorts of fantastical characters — stone men, racing snails, turtles as old as time, and luck dragons. But Bastian slowly understands that the book is a doorway and, somehow, he’s become part of the story. He follows the journey of a young warrior boy, Atreyu (Noah Hathaway), who is supposed to save Fantasia from a sickness that is eating up the land. They call it The Nothing, and it’s represented in the movie as scary, swirling black smoke that absorbs everything in its path. Bastian must find the bravery within himself to save Fantasia, which might just be a piece of a human soul. Fantasy, rated PG, 102 minutes, YouTube, Google Play, Vudu, iTunes.

One chilly night after hanging out at the drive-in, Ponyboy (C. Thomas Howell) and Johnny (Ralph Macchio) decide to sleep in the park. Their home lives in Tulsa, Oklahoma, are iffy and they’re tough kids. They’re used to getting into fights with greasers, like them, or with rich kids called socs (pronounced “soshes,” like a shortening of the word “social”). That night, some socs are driving around, looking for trouble, and a series of events leads to an act of stunning violence. Ponyboy and Johnny have to get out of town and hide — and another series of events leads to their involvement in a fire in an old church. The boys are heroes, but they pay a staggering price.

S.E. Hinton wrote her 1967 novel, The Outsiders, when she was in high school. Her age lent the book immediacy, which may be why the teenagers in Francis Ford Coppola’s 36-year-old cinematic adaptation still feel authentic. The cast is a who’s who of Brat Pack and Brat Pack-adjacent actors from the 1980s, including Matt Dillon, Rob Lowe, Emilio Estevez, Tom Cruise, and Patrick Swayze. It’s easy to see from the strength of these early performances why many of them have had long careers.

One thing to know when looking for The Outsiders online is that there are two versions. The original has the original movie score, which sometimes edges the story into moments of corniness. For a viewing experience that seems more in keeping with the tone of the novel, look for The Outsiders: The Complete Novel, issued in 2005 by Zoetrope Corporation. It includes some scenes that were cut from the original and features a period-specific soundtrack that dials down the melodrama but retains Stevie Wonder’s beloved theme song, “Stay Gold.” You might just want to order this classic on DVD. Drama, rated PG, 91 minutes, Vudu, YouTube, Amazon Prime, Google Play, Philo.

What a well-written and enjoyable synopsis of an excellent handful of films to revisit! (Neverending Story & the Outsiders-- total CLASSICS! Of this old-school genre, Heathers & Breakfast Club too). I would add True Romance and Ghost Dog for sure (& Lost in Translation, Pulp Fiction, Goodfellas, Wizard of Oz, of course!)

Thanks again for this!