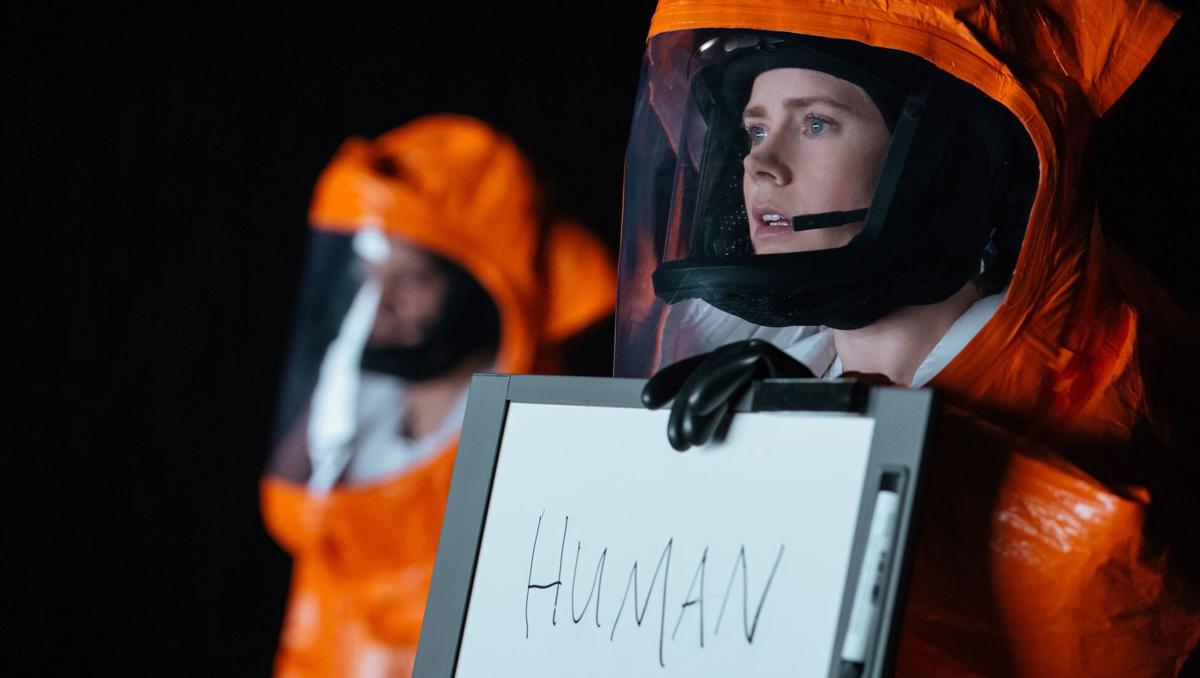 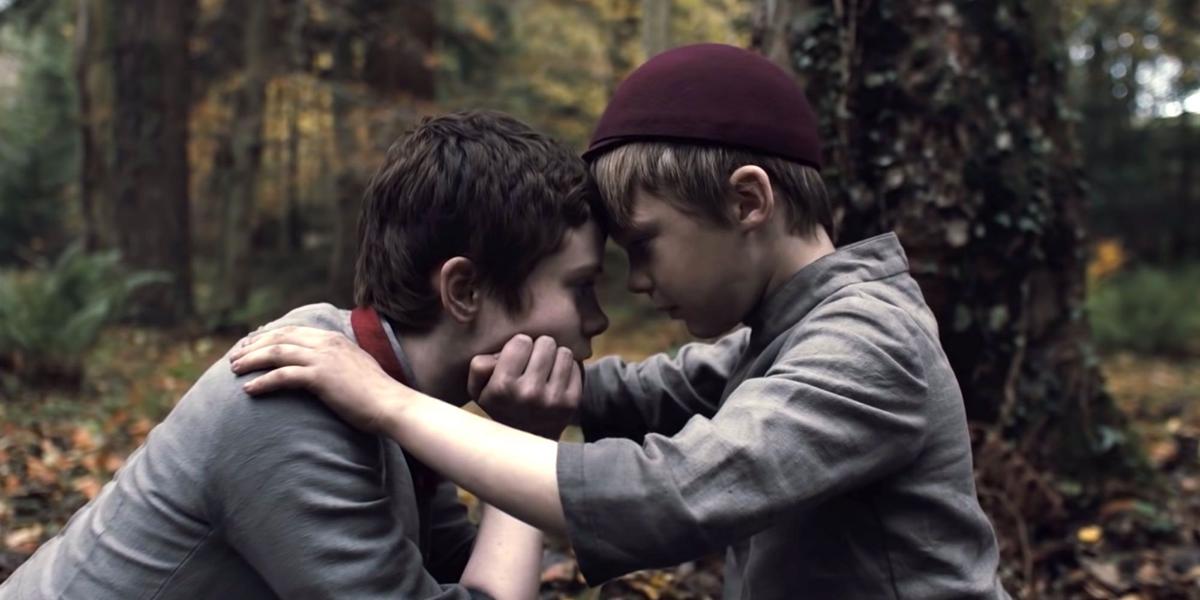 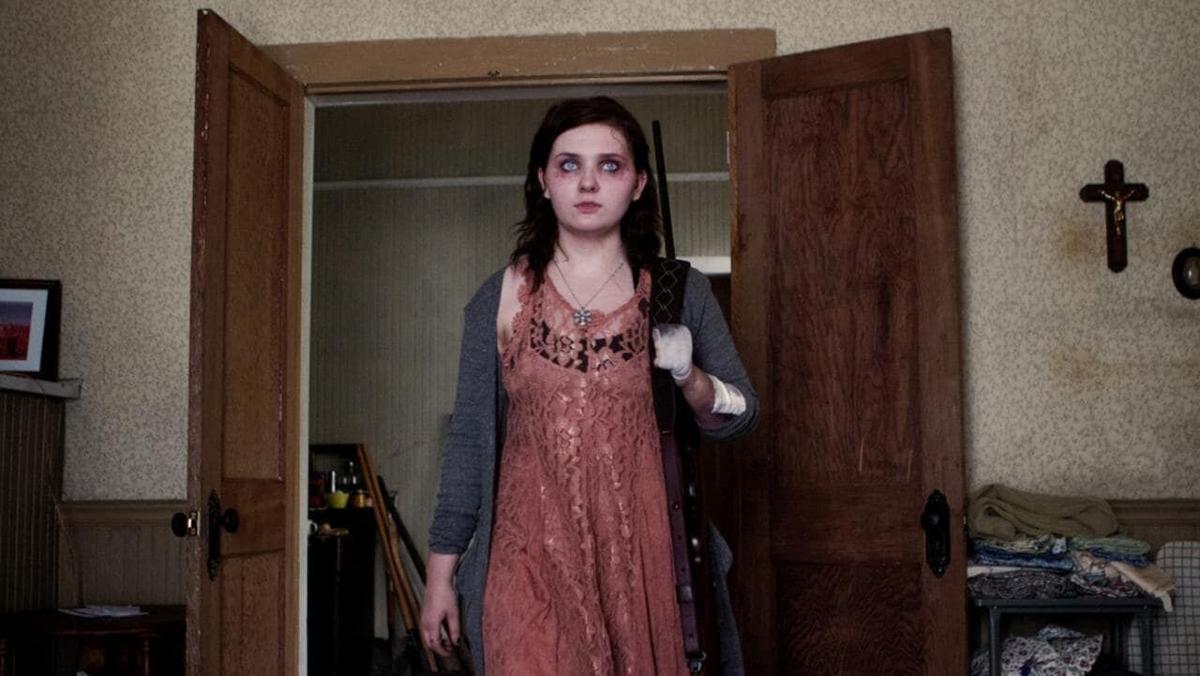 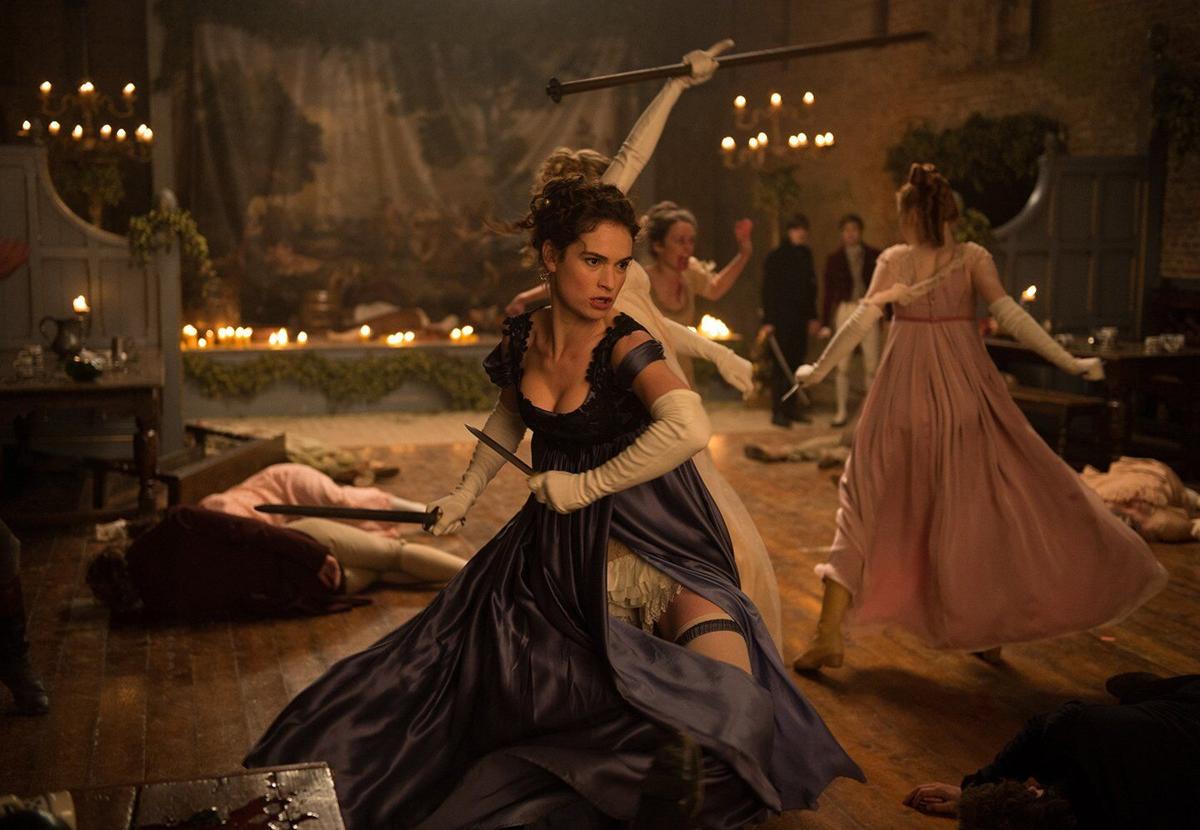 Pride and Prejudice and Zombies

Pride and Prejudice and Zombies

What’s Halloween without a monsters or two? Jaws, A Quiet Place, World War Z, Pitch Black, Resident Evil, and many others offer some hardcore storytelling in that vein. But we have had a lot to deal with this year, so what follows are a few films featuring monsters that may surprise you.

If I told you Arrival is about time, you’ll likely get the wrong idea. It’s not about time travel (although it is, in a way). It’s also not science fiction (ditto). Instead, director Denis Villeneuve’s exquisite film dives deeper, into our sense of time and how it — perhaps unnecessarily, the film posits — orders our lives.

When 12 alien ships arrive around the planet, linguist Louise Banks (Amy Adams, in possibly her most nuanced performance yet) is brought to the Montana site to help the military (fronted by Forest Whitaker and Michael Stuhlbarg) to decipher the language of the mysterious creatures within. It turns out to be even harder that you’d imagine: Banks, with the help of physicist Ian Donnelly (Jeremy Renner), can’t begin to understand a language of thrums and trumpeting roars, and must turn their efforts to understanding the creatures’ written language: Why are you here, they’re tasked to find out, and what do you want? The question is made ever more urgent by the escalating reaction to the aliens by countries across the globe.

And then there are the mental flashes of a little girl, Banks’ daughter, inserting themselves where and when they aren’t welcome. Their relevance isn’t clear until the astonishing final minutes of the film.

This is a haunting film, as much as for the ideas explored as Villeneuve’s choices in sound, score, set design, and pacing, the latter deliciously languid at times. At its foundation is a screenplay by Eric Heisserer (Bird Box), which was based on Ted Chiang’s short story, “Story of Your Life.” It is thoughtful, moving, and ultimately, a fascinating master’s level discussion on the nature of life. If you happen to borrow the DVD (or better, Blu-ray), it’s worth looking at the extras, which walk the viewer through the details of the film, some of them pretty amazing. Rated PG-13, 116 minutes, Amazon Prime

This moody-beautiful film by writer Rob Hayes and director Oz Perkins (I Am the Pretty Young Thing That Lives in the House) is deeply subversive, while still hewing to the basic tale: siblings alone in the forest; a seductive house; a witch; and something like an oven. Along the way, though, they’ve taken a feminist bent, blending new and old without detracting from either.

Gretel (Sophia Lillis, It) is the older sister to the often annoying Hansel (Samuel Leakey). Set in a time that’s vaguely Medieval, the single-parent family barely gets by, which may be one of the reasons their mother threatens to hack them into pieces if they don’t get out. They wander the forest looking for food and protection, and as they do, you might begin to suspect that there is something more to Gretel than meets the eye. Eventually, they find a surprisingly contemporary A-frame among the trees. No one answers their knocks, but peering through the windows, they see all the culinary riches that a kitchen could offer. The owner shows up, which eventually turns out not to be not such a good thing.

This is not a horror film. But even the most benign scenes are freighted with tension, due in part to the audience’s awareness of the fairytale’s ending. There’s little gore; what may discomfort viewers is how the action is described, not what’s actually shown.

This mysterious film may move a bit too slowly for contemporary attention spans, but it rewards the patient with Galo Olivares’ poetic cinematography, which is deeply saturated with color, sometimes taking a scene to the edge of twilight. His vision, in combination with well-crafted performances by Lillis, Leakey, and the fabulous Alice Krige (Ghost Story) as the, er, homeowner, are strikingly intimate. And the score is just as impactful. Rated PG-13, 98 minutes, Epix, Amazon Prime

Zombies are the monsters of the moment, it seems. But first-time director Henry Hobson and writer John Scott largely belay the blood and gore to make a surprisingly sober and human story of Maggie Vogel and her father Wade.

Maggie has been bitten. After being picked up by the police in another town and put in a hospital for the infected, her father brings her back to their bleak Midwestern farm.

The world is plagued with zombies now, but there’s a treatment for it, which may hold a cure or simply delay the inevitable. It’s in that tenuous space that Maggie (Abigail Breslin) and Wade (Arnold Schwarzenegger) negotiate the new limits of her life and the dangers of keeping her at home. It usually takes 6 to 8 weeks to “turn,” so she and her family wait. If Maggie doesn’t respond to the treatment, she’ll be taken to quarantine, where one character says the bitten are housed in one room, where they eat each other until they’re euthanized.

As Maggie’s body deteriorates, the outcome becomes more and more real to her, Wade, and her stepmother (Joely Richardson). And Wade, a monolith of sadness, must prepare for the worst, and hope that if it comes, it will be at his hands and before the police try to take

Scott takes the zombie playbook into interesting and often surprising directions in Maggie. In a rare dramatic performance, Schwarzenegger does well at embodying the stoic but loving father faced with a terrible choice. Breslin, too, handles the difficult and shaded emotions required to make Maggie not only believable, but sympathetic. Unfortunately, cinematographer Lukas Ettlin casts the film in relentlessly dark tones. It’s worth it, though, if only to see the tender but wrenching ending. Rated PG-13, 95 minutes, Pluto TV, Amazon Prime

PRIDE AND PREJUDICE AND ZOMBIES (2016)

For all the intimacy and delicate pacing of the previous films, Pride and Prejudice and Zombies is mostly a thrill ride through one of the most beloved romantic dramas of all time.

P & P & Z hits all the plot points Austen fans have come to love. For instance, Mr. Darcy (Sam Riley, positively Colin Firth-esque) is still the richest man in the county, but his chief preoccupation is killing zombies, not avoiding a turn on the dance floor with ladies he does not know.

In this alternate universe, England has been dealing with zombies for quite a while. First, it built a wall around London, and when the threat seemed to wane, the landed gentry returned to their country homes. Unfortunately, the undead very inconveniently rose again. Which is why all the ladies in this film have been trained in martial arts and swordplay. The Bennett girls are definitely badasses.

Oddly, though, some zombies are able to blend in — playing whist, talking sensibly, or attending balls — with few suspecting their true nature. It’s a problem.

Based on Austen’s novel and the not-so-fabulous-book of the film’s title, director and screenwriter Burr Steers has created a bloody romp that’s balanced by the considerable humor and the enduring sweetness of Austen’s novel. Still, the gleeful beheadings and general zombie decay will not be for everyone. Rated PG-13, 108 minutes, Amazon Prime ◀