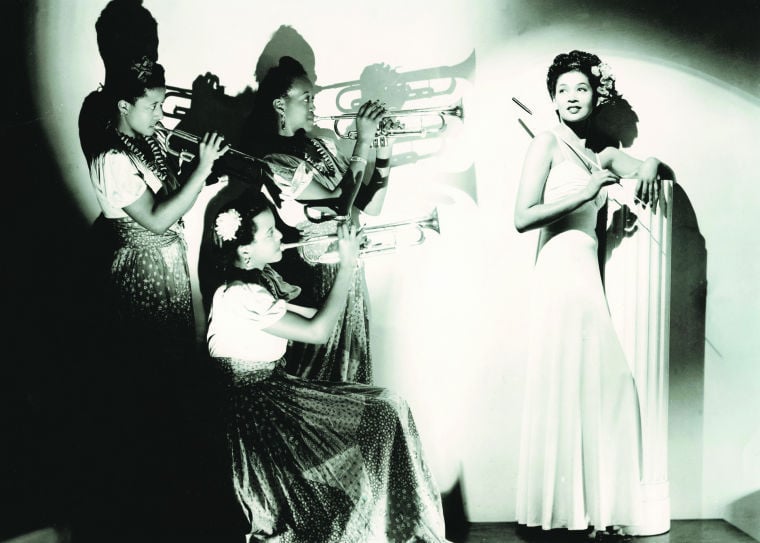 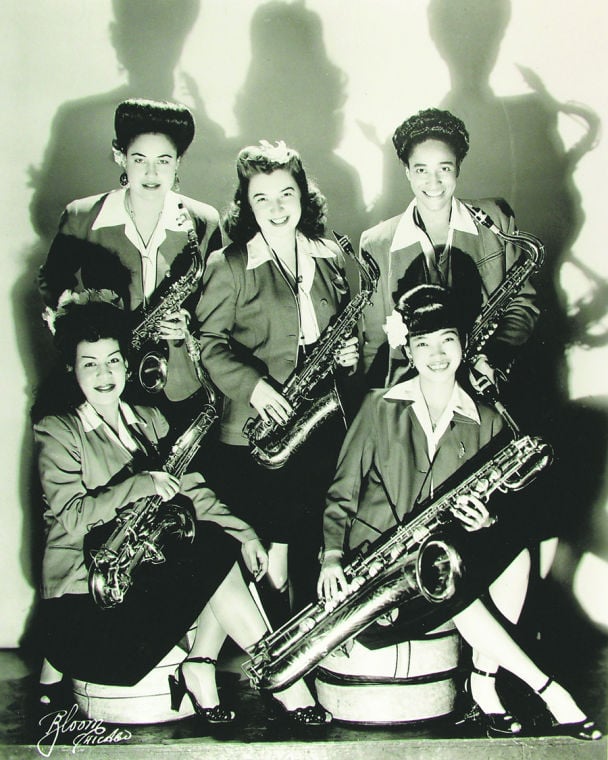 The Girls in the Band, documentary, not rated, The Screen, 3.5 chiles

Director Judy Chaikin gives an overdue ovation to female jazz instrumentalists past and present in her touching music doc The Girls in the Band. The product of five years of effort (funded in part by grants from Hugh Hefner and Herb Alpert), the film offers the perfect blend of sometimes grainy, sometimes vivid archival footage and thoughtful interviews with both the surviving pioneers of the early years and those who have carried the baton in each subsequent generation. Since premiering in 2011 at the Vancouver International Film Festival, the movie continues generating acclaim, having since netted audience-choice awards at the Omaha, Palm Springs International, Victoria, and other film festivals.

The Girls in the Band employs as an effective linchpin the iconic photograph A Great Day in Harlem, a 1958 black-and-white image of 57 leading jazz artists spilling down the steps of a brownstone on East 126th Street. Only three are women: nestled between Thelonious Monk and Oscar Pettiford are Marian McPartland and Mary Lou Williams, two prodigious pianists who are discussed at length in the film. (The other woman in the photograph is vocalist Maxine Sullivan.) Seeking to counter the disparity epitomized in the image, the film closes with a contemporary photo shoot at the same location that includes today’s top female jazz artists intermingled with those from past years who never got the recognition they deserved.

Only McPartland (who died in August at age 95) is in both photos. In the original, she and Williams stand together amid a sea of their male contemporaries, looking slightly ill at ease. As McPartland recalls in the film, this was the era when television hosts would invite her to perform on air and then spend more time talking about her gender than her playing. We see footage of one such host asking her if she finds it disadvantageous to be a woman and then butting in to state his own opinion: “It’s an advantage, because you’re so decorative.”

Such verbal slights were only part of a larger system of bias and talent exploitation, made worse in many cases (for male and female African American musicians) by manifold racial affronts. Back in the 1920s and ’30s, female musicians were considered an oddity, best relegated to vaudeville houses. In the years leading up to World War II, when big bands reigned supreme, society and media entertained an open debate over whether women were capable of playing instruments other than the harp, piano, and violin, let alone improvising. Because few big bands would hire female players, some women formed all-female bands, such as the International Sweethearts of Rhythm. This unusually prominent group included some of the best players around and was notable for being racially integrated.

One of the only white players in that group, Roz Cron, remembers the challenges faced when touring through the South during the Jim Crow era. The alto sax player says she put her bandmates at risk by traveling, lodging, and appearing onstage with them. In some towns she would hide on the tour bus or attempt to convince suspicious enforcers of segregation laws that she was of multiracial parentage. She recalls in the film, “We tried different face powders [to darken my skin] … I just turned orange.”

World War II substantially (though temporarily) eased working conditions for women players. With the men gone, venue owners more frequently booked bands like the International Sweethearts. That group in particular was barraged by fan mail from overseas servicemen, which helped it launch a lengthy tour of various USO camps. Trumpeter Clora Bryant remembers the most memorable performance being for the Tuskegee Airmen, the first African American pilots in U.S. military history. (One member of this unit — bassist Percy Heath — would himself go on to jazz stardom.)

Though the film includes a lengthy catalog of the inequities experienced by women players before and after the war, it is more celebratory in spirit than indignant. Many of those interviewed exhibit lingering excitement from having participated in something as pivotal as the advent and evolution of jazz. Others offer humorous anecdotes. Jessie Bailey recounts, “When I was playing trombone, Tommy Dorsey was it. And then I met him. I had a one-nighter with Tommy Dorsey — how about that?” Bailey then glances away from the camera, adding coyly, “Not the best I ever had.”

Traveling through time to the present, the film considers the impact of numerous historical benchmarks such as the civil rights and women’s liberation movements, the British Invasion, and the launching of the Kansas City Women’s Jazz Festival in 1978. Most of the musicians who were active from that point on acknowledge that, even if the odds remain stacked against female players in some ways, the situation has since become more equitable.

“I think jazz is a real clear metaphor for what is best about humanity,” contemporary pianist Geri Allen says toward the end of the film. Both are about “the way we improvise, the way we share, the way we trust.” Her comment, being aimed at the nature of jazz itself, indirectly implies progress regarding the central assertion voiced by many of the film’s participants: these women may be female jazz musicians, but they are first and foremost jazz musicians. ◀