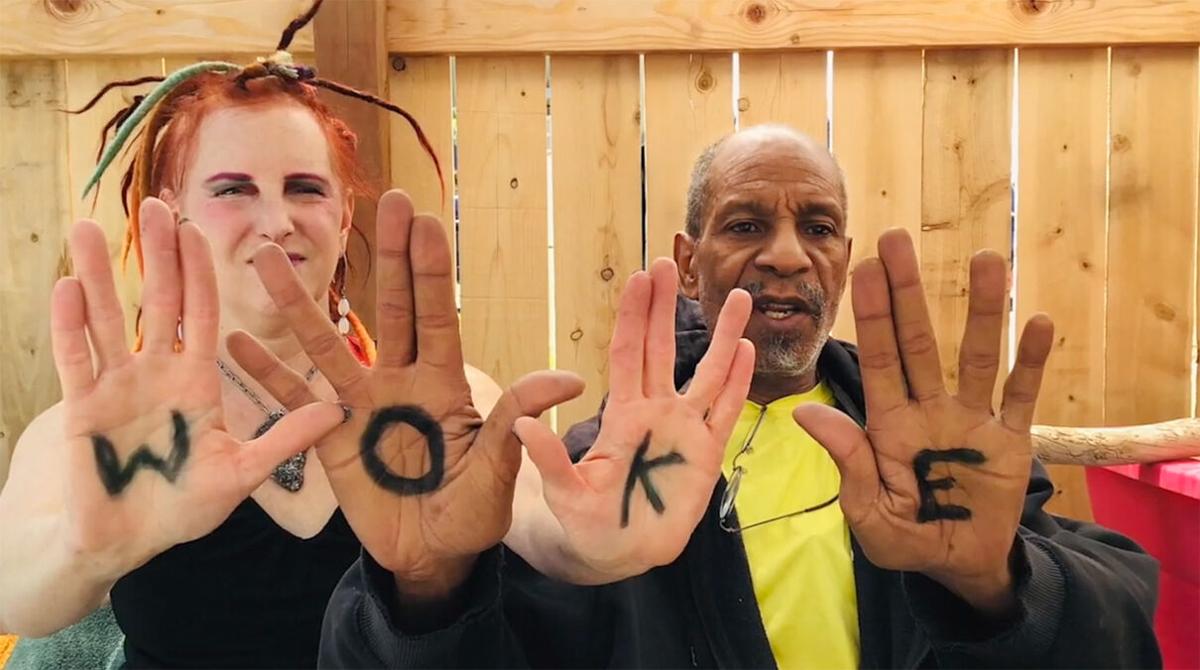 After 10 years in Nashville and a string of hits, JT, a successful songwriter-recording artist from the Red Willow Indian Reservation, finds himself in a creative rut in director Gary Medina Cook’s short drama, Tomena. So, JT locks himself in a motel room with his guitar in hopes of conjuring his muse.

The film is among the highlights of the 4th annual Madrid Film Festival, which is a showcase for the best New Mexico-made shorts from the past year in a variety of genres.

“Another highlight is a drama by the director who won Best Drama last year,” says festival co-producer and author Andrew Wice. “He’s back with another excellent film that really has the flavor of Northern New Mexico called Más Sabre el Diablo, The Devil Knows More. His name is Antonio Márquez.”

Last year, the festival took place over two nights at Beer Creek Brewing Company off of New Mexico Highway 14. For 2021, it’s moved to an outdoor venue: the historic Oscar Huber Memorial Ballpark in Madrid, which allows for a larger audience but a shorter time frame, due to local restrictions.

The ballpark, which was built in 1919, was the first lighted ballpark west of the Mississippi and was the home field of New Mexico’s only AA Minor League team, the Madrid Miners. The team farmed out players to the Brooklyn Dodgers because the Miners had a widespread reputation for winning pennants. You can hear these facts and more about the town in excerpts from Wice’s prerecorded Madrid Oral History Tour before the program’s start.

The festival organizers wanted to hold screenings at the ballpark last year, but COVID restrictions of the size of gatherings made it impossible.

The inaugural 2018 festival, produced by Wice, musician Joe West, Doug Speer, and Laine Patterson, was held at Madrid’s Engine House House Theater, the home of West’s theatrical company, Theater of Death. The festival expanded the following year to a three-night run because the theater’s 100-seat capacity meant they were turning people away.

“It’s a great old theater, and we loved having it there,” Wice says. “We’ve been trying to figure out how we could get more people. We just want to be able to expand the audience in a way that allows us to offer a quality viewing experience.”

The downside of holding it in the park is that a local noise ordinance doesn’t permit the festival to run past 10 p.m.

“Normally, it’s a two-night festival, and the program is, like, three hours or more,” Wice says. “Because the program is outdoors for the first time, we had to limit it to one-night. Between the sun going down and having to stop at 10 — it’s not a big window — we had to hold to a very tight program of just two hours.”

The upside is that the 15 shorts, culled from about 50 submissions, are high all quality productions, he says.

“The audience gets the best of the best. It’s been squeezed down to a fantastic two-hours. It’s amazing how much talent is in New Mexico; everything from amateur filmmakers to real professional outfits with world-class-level films.”

But, for every film accepted, the organizers had to turn down three or more.

“That was really hard because all the films have some merit. Hopefully, we can continue to expand the festival, but we want to always maintain a high-quality screening for the audience. The better the festival, the more that’s going to encourage more films being made in New Mexico and that should increase the quality.”

The Madrid Film Festival accepts films in a variety of genres, including comedy, drama, music videos animation, and documentary. The films compete for a number of awards, including best in a given genre, an Audience Choice Award, and the grand prize Le Palme d’Coal, which derives its name from Madrid’s history as a coal-mining town.

“Every year it seems to be different as far as the genres go,” Wice says. “In the past it’s been very documentary heavy, which can be great. Last year, there was a lot of COVID-related comedies. I don’t know if this is a reflection on the general zeitgeist or what, but there’s a lot more serious dramas this year and attempts to tell darker, deeper stories.”

By way of example, Márquez’s short is a gothic tale about a young Latino man who comes up against a mysterious supernatural force while hunting a deadly mountain lion.

Also in the lineup is Ilana Simons’ experimental film Trust the Poem, a combination of live action and animation, and Cathy Weber and Jesse Colvin’s documentary Buscaderos of Madrid, New Mexico, a film about Madrid’s idiosyncratic cemetery, which reflects the town’s history as a former ghost town-turned bohemian mecca.

Six of the films screening this year were made locally by residents of Madrid, Wice says, which positions the historic mining town as more than just a host for the festival. It’s a place for making movies. ◀