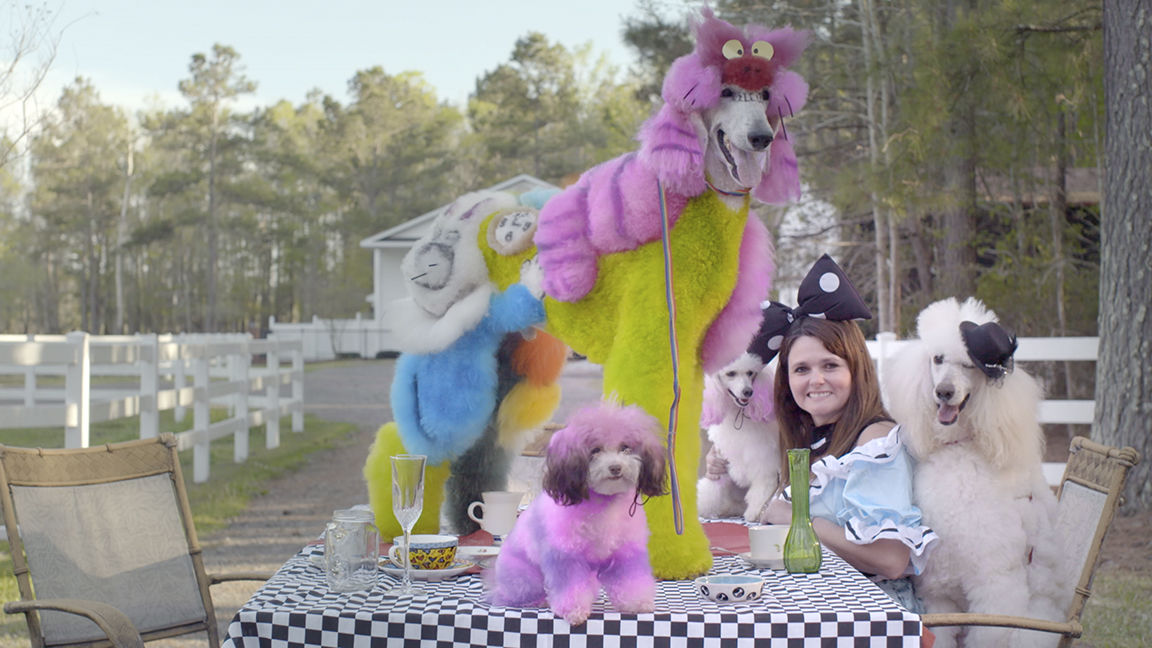 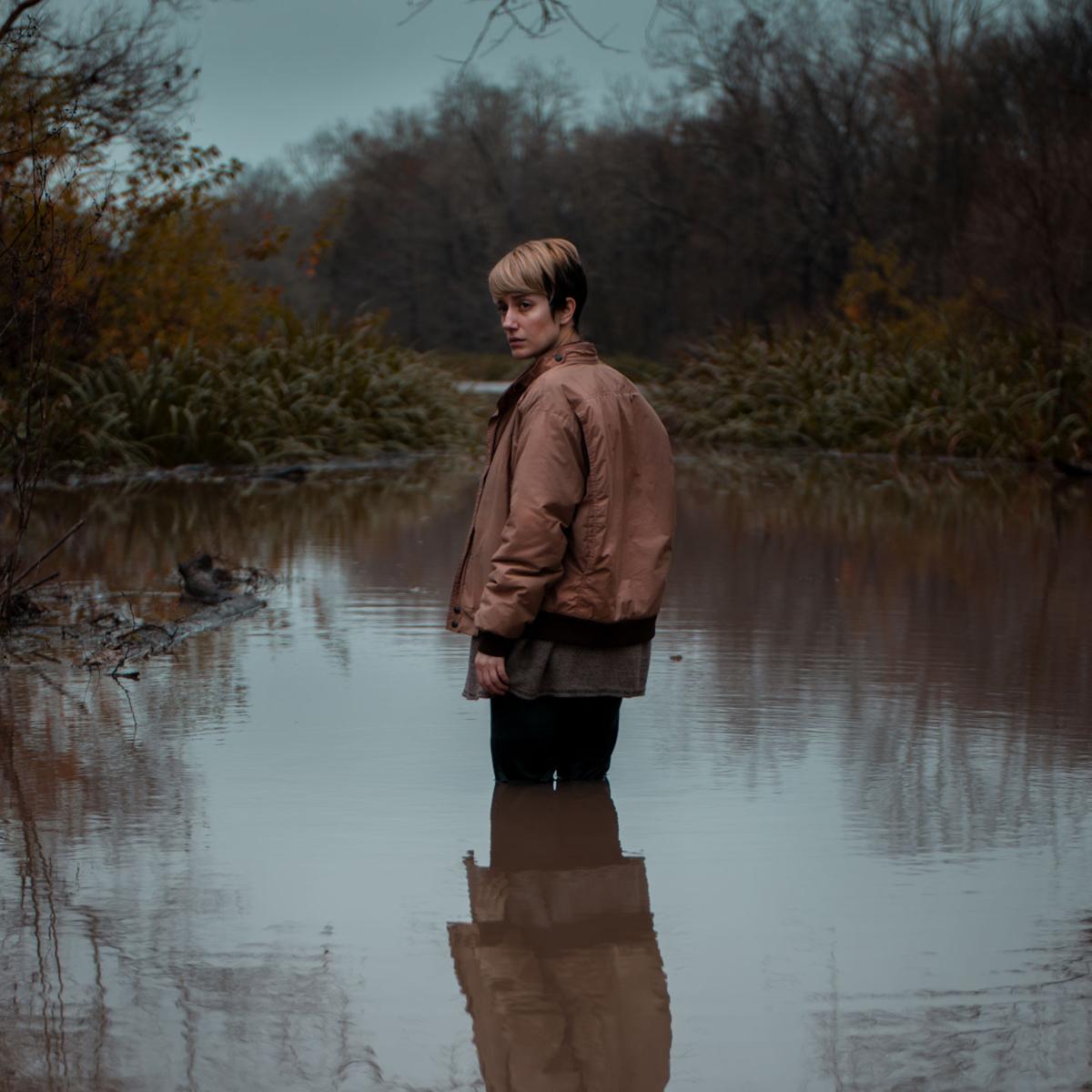 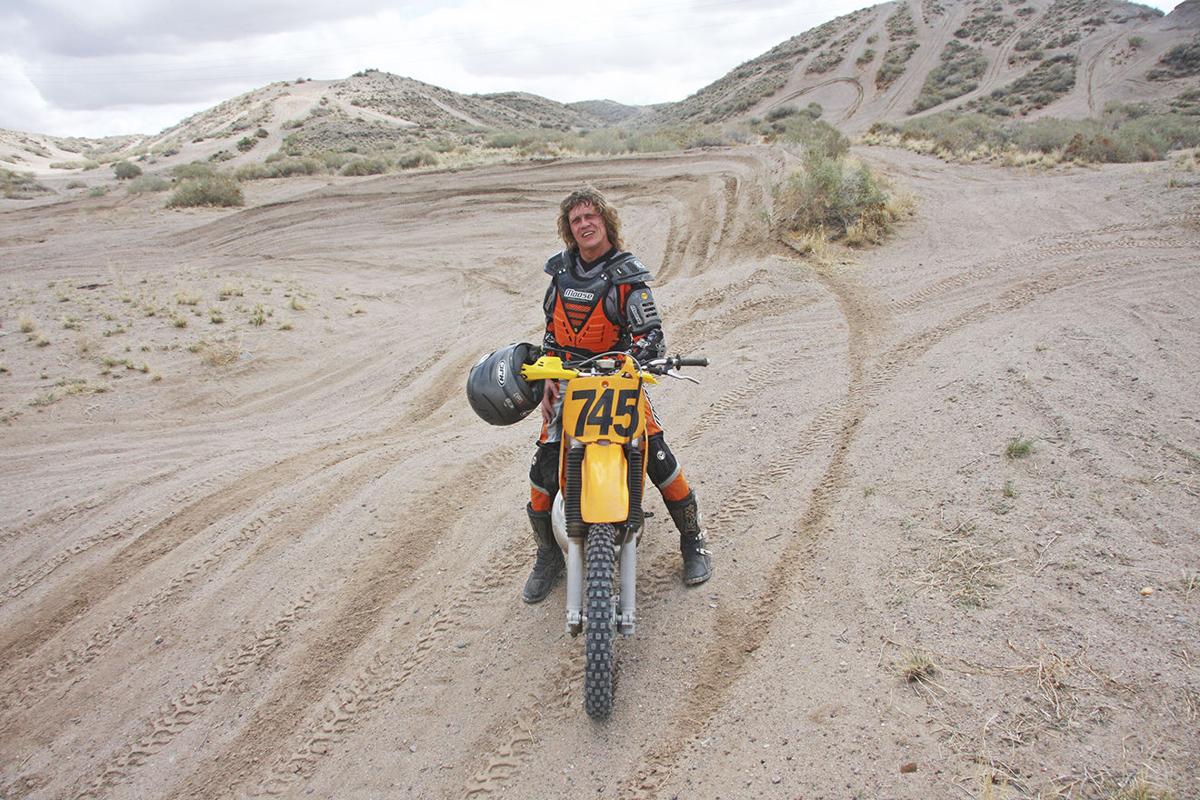 Scene from Why Can't I Be Me? Around You.

Scene from Why Can't I Be Me? Around You.

Family dynamics and strained parent-child relationships feature prominently in several movies screening at the 2019 Santa Fe Independent Film Festival. Children seek their parents in dramatic features, and in a stunning documentary filmed in Albuquerque, a mechanic wrestles with gender identity and sexuality while feeling the burn of a father turning away. Another theme that connects the five movies reviewed below is that each is a hero’s journey, in which the protagonist sets out on a quest, encounters tests along the way, and emerges as a changed person in the end.

The Short History of the Long Road

Teenager Nola (Sabrina Carpenter) and her father Clint (Steven Ogg) are always on a road trip. They live in an old van and work odd jobs, surviving on wits and luck. An unforeseen tragedy leaves Nola suddenly on her own in this sun-bleached desert drama (written and directed by Ani Simon-Kennedy), and she must figure out her future. Should she go into the foster-care system or try to make it on her own? Can she trust those who offer to take care of her?

In the lead role, Carpenter (The Hate U Give) works nuance after nuance into her thousand-yard stare. Perhaps because Nola has lived so far outside the mainstream, she encounters every new situation with a believable mixture of innocence and street smarts. Danny Trejo (Sons of Anarchy) plays Miguel, a gruff mechanic who becomes a father figure to Nola. The New Mexico landscape and the Albuquerque metro area are also integral characters in this road movie. Nola’s call to honor her father by taking off into the wild blue yonder is ever-present in the movie’s sweeping vistas and cholla-studded meadows. 7:30 p.m. Oct. 18 and noon Oct. 19, Jean Cocteau Cinema; both screenings followed by Q&A with writer/director Ani Simon-Kennedy

Why Can’t I Be Me? Around You

At the start of Why Can’t I Be Me? Around You, Rusty Tidenberg doesn’t care very much about pronouns. The Albuquerque-based mechanic and motorcycle enthusiast doesn’t mind being called “she-male” and will answer to anything but “sir.” Her attitude about this changes in the course of this documentary by Harrod Blank and Sjoerd Djik, in which the directors link themes of gender transition and nonbinary gender identity to art cars — vehicles that have been transformed by their owners into road-worthy sculptural objects. This angle provides context for the idea of living between two binary physical forms and introduces an artistic community that is heavily populated by people who are comfortable in this space.

Tidenberg is a big personality. She favors big hair, corset tops, and spike heels in a style reminiscent of 1980s-era hard-rock music videos, although she wears T-shirts and shorts when she’s working as the manager of her father’s mobile home park or fixing cars out of a garage on the property. Her father does not accept her as a woman, but they are so cordial to each other in exchanges filmed from a distance that it seems impossible that their relationship is broken. And yet, in the movie’s most gut-punching plot thread, the permanence and consequences of the rift become painfully clear.

In Blank’s rich character study, we learn that there are no simple definitions when it comes to gender and sexual identity. Each person, no matter who they are, deserves to be understood as an individual. 5:30 p.m. Wednesday, Oct. 16, Jean Cocteau Cinema; followed by Q&A with Harrod Blank and Rusty Tidenberg

In this utterly charming treat from Australia, the stakes are high for Lauren (Miranda Tapsell), an up-and-coming lawyer with a newly minted fiancé, Ned (Gwilym Lee). Lauren is from Darwin, a city in Australia’s sparsely populated Northern Territory, and she insists they get married there. When they arrive, her mother’s recent departure has left her father despondent. Lauren and Ned set out to find her in a road movie that takes a surprising and welcome turn from typical rom-com fluff into a moving depiction of a mother and daughter’s search for their indigenous roots.

Lauren’s mother, Daffy (Ursula Yovich), grew up in the Tiwi Islands, in a traditional community that she ran from as a young woman. Lauren has never been there, but the closer she gets, the more she feels the pull of her ancestors. Tapsell (The Sapphires) gives a strong performance as a cheerfully well-adjusted woman who is ever so slightly lost. In much of the movie, we get to know Daffy only through other people’s somewhat scandalous anecdotes of her recent travels, so there is some mystery associated with what she’s really like.

Lee (Bohemian Rhapsody) displays impeccable comic timing as Ned, a lawyer who is less content in his career than his fiancée is in hers. Ned functions as the stalwart cheerleader for every character in crisis. His chemistry with Lauren’s sad-sack dad (Huw Higginson) is especially entertaining. A large cast of Tiwi actors populates Daffy’s homeland, from the grandmothers and aunties who dance at the wedding to the flamboyant taxi driver who gives Lauren a tour of the island. Though there is a mild sociopolitical edge to the movie, Top End Wedding never loses its sense of humor. It’s frothy yet warm, the cinematic equivalent of a welcome hug after a rough day. 10 a.m. Thursday, Oct. 17, and 2:30 p.m. Oct. 18, Center for Contemporary Arts

Lost Bayou could be considered a recovery and redemption story, or an understated character study. Some might see it as a horror movie, although it doesn’t have many jump-out-of-your-seat moments, and no one is acutely sinister. Though it is difficult to categorize, Lost Bayou is gripping from the first moment we see Gal (Teri Wyble) taking painkillers before going to her baby son’s birthday party. Later, she gets an urgent call from her father, Pop (Dane Rhodes): She needs to come quickly because something is wrong with her mother.

Lost Bayou is a quiet movie about a subculture of Catholic faith healers known as traiteurs. Gal’s father can fix injured birds by holding them in his hands and heal poisonous snakebites without Western medicine. It’s hard to tell if Gal, who doesn’t talk much, believes in her father’s capabilities. She is more concerned about ending her drug habit. There exists between Gal and Pop an ease that incorporates a lifetime of old hurts, growing anger, and abiding protectiveness that goes both ways.

Both Wyble and Rhodes deliver moving, understated performances, and the direction by Brian C. Miller Richard lets the story’s oddness simmer rather than boil in a movie that might otherwise feel melodramatic. Natalie Kingston’s cinematography is similarly subtle. She shows the dank bayou as both muted and jewel-toned, evoking through gentle hues of green a sense of bare-bones subsistence, with the freedom inherent in living outside of the mainstream. Despite the movie’s more heightened, fantastical elements, the feelings that linger long after it ends are about the silence of the bayou and the gentle swaying of the houseboat as father and daughter maneuver gently around each other’s sore spots. 2:40 p.m. Thursday, Oct. 17, CCA

There is something meditative about putting on your headphones, turning your music up loud, and spending the afternoon dyeing your standard poodle in rainbow colors. Or so say the human subjects of the documentary Well Groomed, which reveals the world of competitive creative dog grooming.

As a phrase, “rainbow colors” doesn’t actually do justice to the level of skill that goes into styling dogs in Well Groomed, most of which are the aforementioned breed because their large bodies and thick fur provide a good canvas. The dogs are transformed to look like other animals (such as lions), or their fur might be sculpted into a gaggle of Muppets or other recognizable characters. One dog’s hindquarters are turned into the character of E.T., the lovable extraterrestrial from the 1982 Steven Spielberg classic.

Director Rebecca Stern trains her camera on a handful of professional dog groomers who are working toward a major national competition. Angela is the sought-after champion; Nicole is the young newcomer; Adriane believes creative dog grooming is in her blood; and the award-winning groomer Catherine worries about the amount of money she spends on her hobby. The women are earnest and unpretentious, but deadly serious about what it takes to be a winner.

It would be easy for a filmmaker to use the movie as an opportunity to poke fun at their fantastically dyed dogs — but Stern never does. She seems to be saying that these women have found something that brings them joy. And more color in the world is rarely a bad thing. 5 p.m. Oct. 18, and 2:30 p.m. Oct. 19, Jean Cocteau Cinema