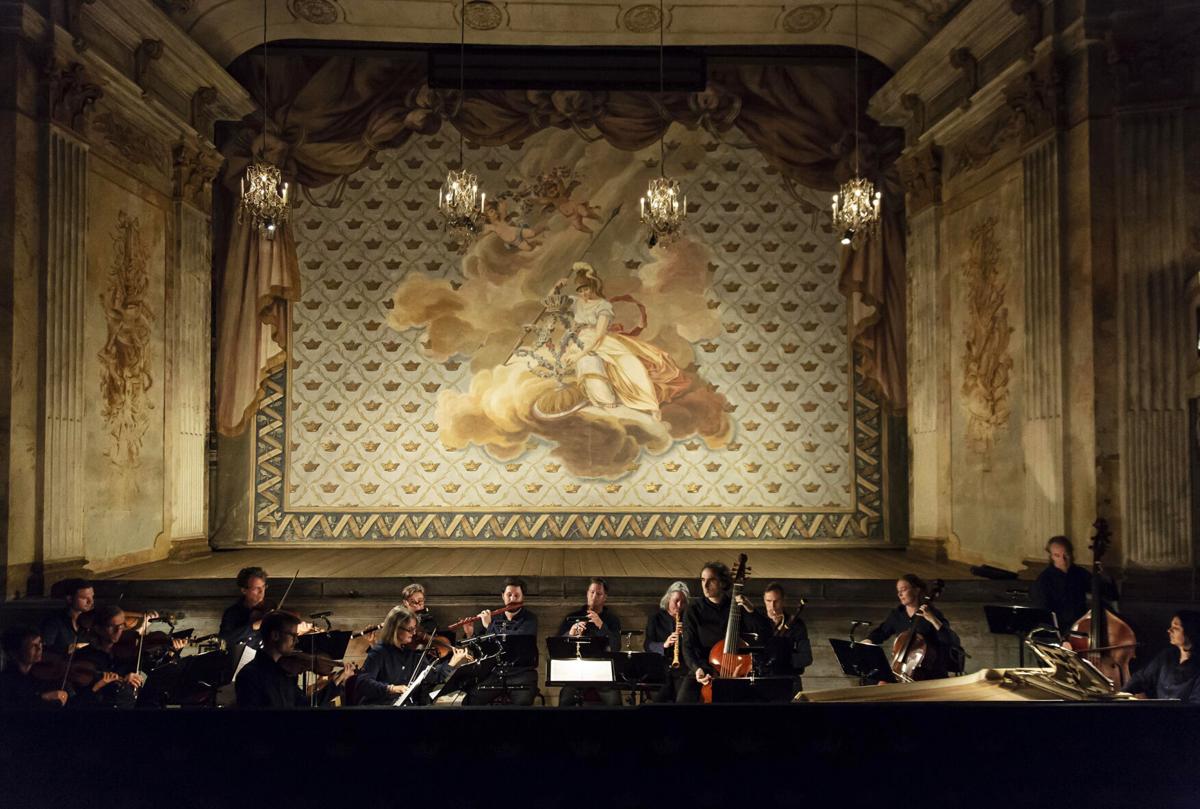 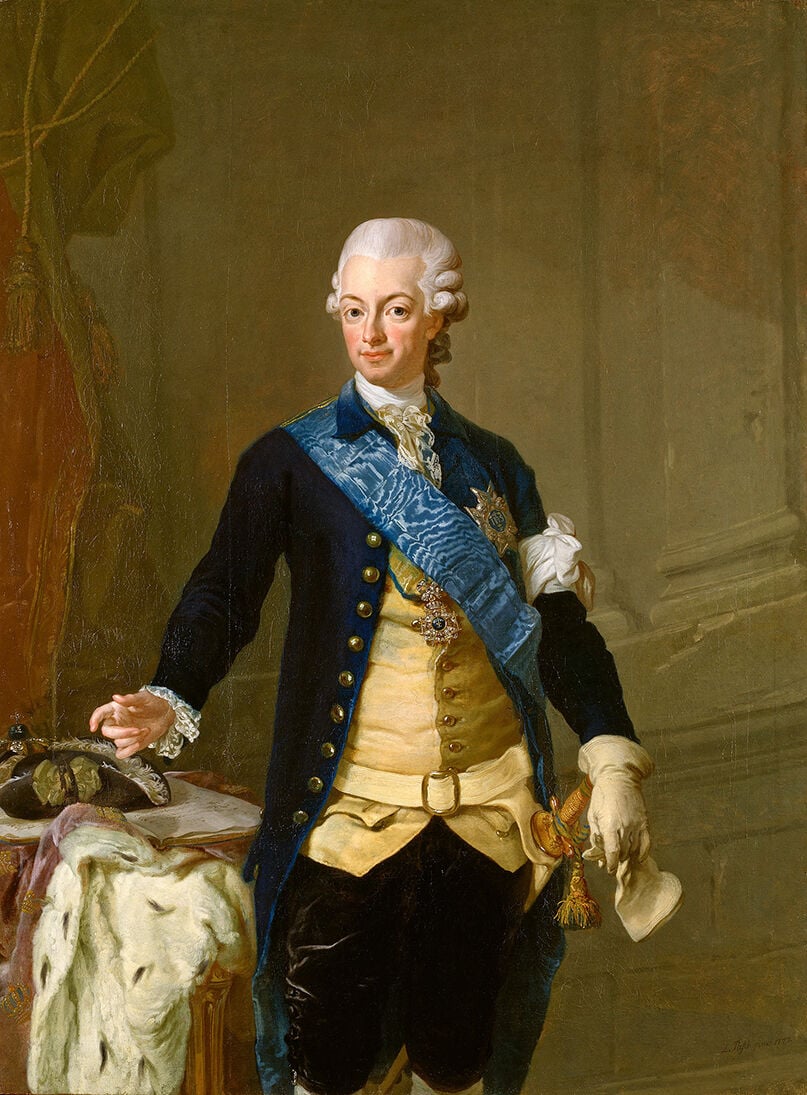 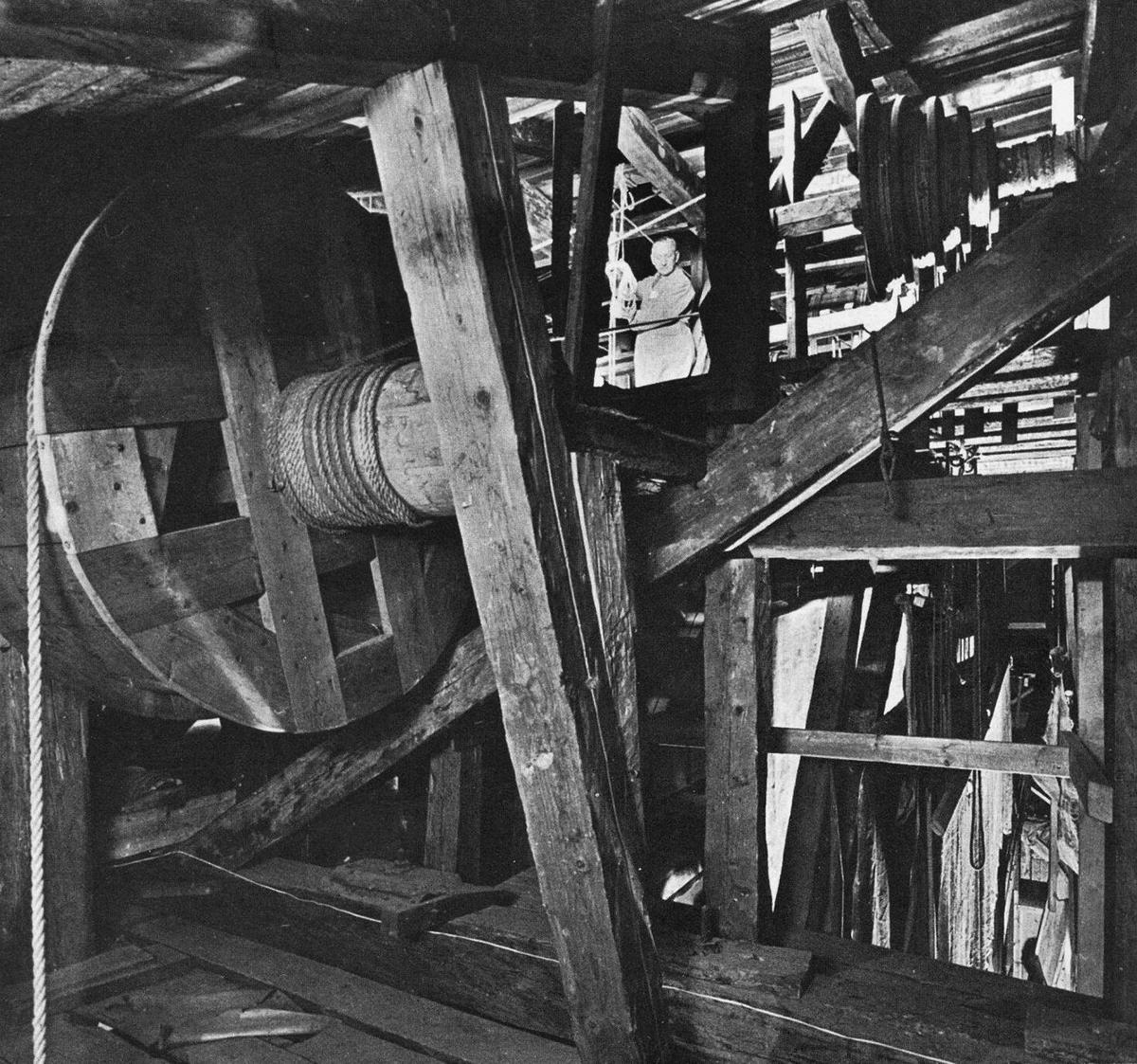 Below, some of the Drottningholm Palace Theatre’s scenery-changing equipment beneath the stage. Note human being top center.

Ingmar Bergman’s The Magic Flute is widely regarded as the greatest of all cinematic operas. Roger Ebert called it “the most delightful film ever made from an opera,” while The New York Times described it as “an absolutely dazzling film entertainment, so full of beauty, intelligence, wit, and fun that it becomes a testimonial not only to man’s possibilities but also to his high spirits.” Not bad for a 1975 low-budget, made-for-Swedish-television project that was released to theaters internationally because it had been so well received.

Strange as it may sound, we owe the film’s existence to a political assassination in 1792, when Jacob Johan Anckarström shot and killed the King of Sweden. Anckarström was part of the Swedish nobility, a group that lost power in 1772 when recently crowned King Gustav III engineered what amounted to a coup d’état. Frustrated by the political stalemate in Sweden’s parliament, Gustav maneuvered through a new constitution that greatly increased his powers at the expense of the aristocrats.

The young king proved to be an enlightened despot, increasing freedom of the press and religious tolerance, outlawing torture to secure criminal confessions, encouraging free trade, and reducing the severity of “poor laws” on the populace. He was also one of the most arts-focused rulers in history, active as a practitioner, as well as a patron of opera, drama, and ballet.

He started writing plays and opera librettos at the age of 10 and continued to do so throughout his reign. Gustav founded Sweden’s first resident opera company within a year of coming to the throne and had a superbly equipped theater built for them in 1782. Ironically, he was assassinated in the lobby of his own opera house, while attending a masked ball. (Gustav’s highly theatrical demise was the subject of multiple operas.)

The royal theaters in Stockholm reopened after a mourning period for Gustav’s death, but that wasn’t the case at nearby Drottningholm, site of the royal family’s summer palace. The 450-seat theater on the grounds was closed and used as a furniture warehouse for almost 130 years.

In 1921, a Swedish historian inspected the theater and was astonished to find that its Baroque-era stage machinery was still in good working order. The theater and its scenic equipment were refurbished, and summer performances resumed in 1922. (Only a handful of functional Baroque-era theaters exist, and Drottningholm is widely considered the most authentic.)

At age 12, Bergman saw The Magic Flute in Stockholm. He became obsessed with the opera, making scenery and costumes from it for his home puppet theater, even as he was appalled by the long scene changes in the stage production. A few years later he trekked to Drottningholm and found the theater’s stage door unlocked.

“I walked inside and saw for the first time the carefully restored baroque theater,” Bergman wrote in Images, the chronicle of what inspired his films. “I remember distinctly what a bewitching experience it was. ... In my imagination I have always seen The Magic Flute living inside that old theater.”

When he finally had the chance to make his Magic Flute decades later, he hoped to film it inside the Drottningholm theater, which was smaller but otherwise very similar to the Vienna theater where the opera had its premiere in 1791. For Bergman, the visible stage magic of the venue became an important part of the film — a complete change of scenery takes six seconds and is performed in full view of the audience. (To see a short demonstration of the amazing Drottningholm stage equipment in action, click the embedded video at dtm.se/hours-prices.)

Bergman wasn’t able to film The Magic Flute at the historic theater, which isn’t sturdy enough to withstand a film crew and equipment, so he had a full-sized replica of it built at the Swedish Film Institute studios. And he hired a Scandinavian cast with no big-name singers, saying, “To me it was absolutely essential that the play be performed by young actors, naturally close to dizzy, emotional shifts between joy and sorrow, between thinking and feeling.”

The resulting film is funny, profound, charming, and also sexy, an adjective seldom before applied to The Magic Flute. The best summation of it was provided by Pauline Kael in The New Yorker: “[Bergman] recently said, ‘Making the film was the best time of my life. You can’t imagine what it is like to have Mozart’s music in the studio every day.’ Actually, watching the movie, we can.”

The metatheatrical notion of an opera-loving king assassinated in the opera house he built was irresistible to 19th-century composers, spawning at least three operas about Gustav's demise.

Thank you. An interesting story.