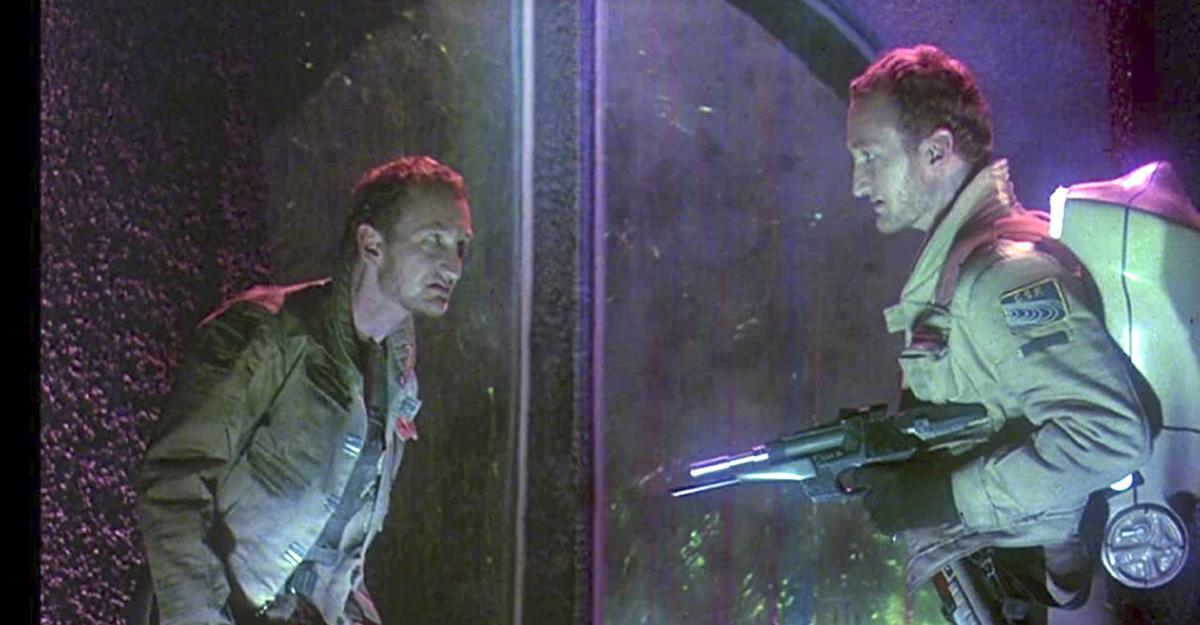 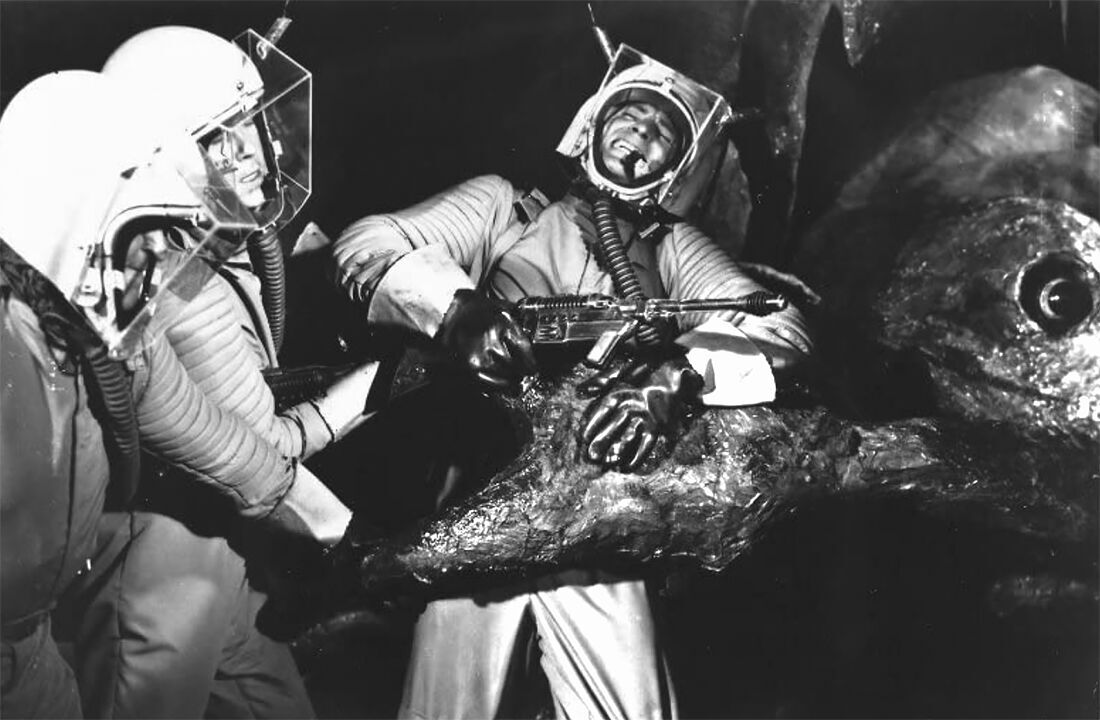 Journey to the Seventh Planet 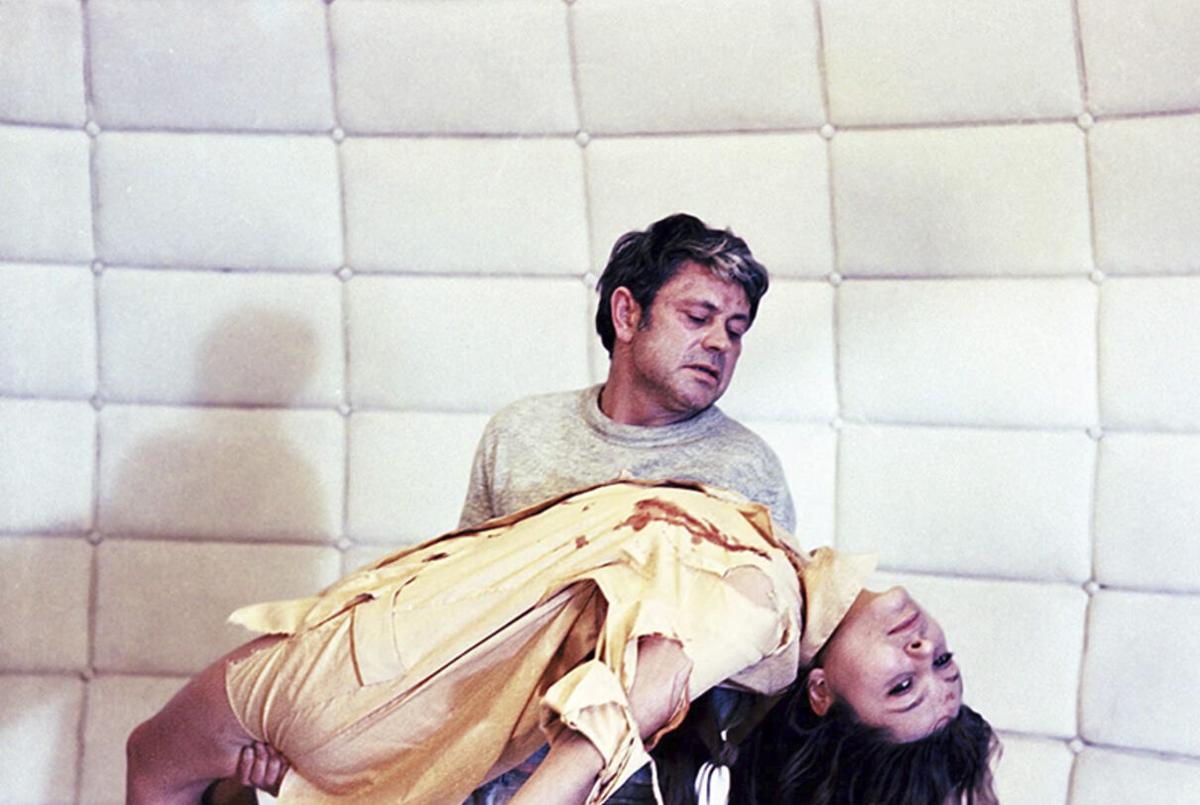 Journey to the Seventh Planet

The power of the human mind separates some science fiction films from the space operas that dominate the genre. Even at their most lurid, with titles like Galaxy of Terror (1981), the films in which some alien presence draws on the minds of space explorers — tapping into their unconscious desires, memories, fears, and regrets — often tackle some intriguing psychological territory, while potentially plunging the audience into psychological terror.

The starship Event Horizon mysteriously vanishes on its maiden voyage only to reappear, just as mysteriously, in orbit around Neptune seven years later. In answer to a distress signal emanating from the ship, a rescue mission is launched. An assembled team from the starship Lewis and Clark, led by the stoic, no-nonsense Captain Miller (Laurence Fishburne), board the starship to search for survivors. But the Event Horizon’s crew members appear to have massacred each other. Soon, the Lewis and Clark team begin experiencing unusual hallucinatory phenomena. In turn, they find themselves face to face with people from their past, particularly in relation to instances in their lives of fear and regret.

Dr. William Weir (Sam Neill), designer of the Event Horizon, tags along as an advisor. He explains the nature of the Event Horizon’s experimental gravity drive, which simulates a black hole that allows it to bridge two distant points in spacetime. Where was the ship over the course of those missing years? If not in Hell, it appears to have traveled to some cosmic version of it.

Neill is particularly effective as a scientist fascinated by the fate of the Event Horizon in its lost years. He soon becomes a vector for an alien intelligence that’s inexplicably animating the ship and that views its human guests with animosity. Is the crew of the Lewis and Clark destined for the same fate as the Event Horizon’s?

This grim outing from director Paul W.S. Anderson (Resident Evil) is a frightening excursion into the realm of science fiction horror. It’s plenty bloody, and its bleak tone offers the viewer no respite. It does, however, underscore the enduring nature of trauma and how events from our past can haunt us long into the future. Horror, science fiction, rated R, 96 minutes, Amazon Prime, Hulu, Apple TV, Video Library

It’s been 20 years since Dr. Edward Morbius (Walter Pidgeon) mounted an exploratory expedition to the planet Altair IV, and the crew of the starship C-57D is ordered to land on the distant planet and determine his fate. Warned by Morbius not to attempt a landing, Commander John Adams (a very young Leslie Nielsen) ignores him and proceeds with the mission.

But something is waiting for Adams and his crew. Some unseen planetary force is attempting to sabotage their ship. So they erect a force field to keep it at bay. Morbius and his daughter Altaira (Ann Francis, who spends an inordinate amount of time under the lusty gaze of the all-male crew) are the only survivors of the previous expedition. But, with the help of the resourceful Robby the Robot (who appeared in person at author George R.R. Martin’s reopening of the Jean Cocteau Cinema in 2013), they’ve done pretty well for themselves. And the presence of ancient technologies left behind by the Krells, an extinct alien race, give them plenty to research.

Its panoramic shots of the Krells’ still operational thermonuclear complex are dazzling, and its theme of monsters from the id is compelling; Forbidden Planet is among the all-time classics of science fiction.

Pidgeon is hard-nosed in his attempts to keep the technology of the Krells out of human hands because they’d be incapable of understanding and controlling such advanced technology (“One cannot behold the face of the gorgon and live”).

Forbidden Planet offers viewers some of the most indelible images of 1950s science fiction cinema, including the now-iconic robot, the saucer-like C-57D flying through the cosmos, and Altair’s landscape of jagged rock spires. But it’s the ideas that set it above the competition as it delves into the psychology of the human mind and its baser instincts. Science fiction, rated G, 98 minutes, Vudu, Amazon Prime, Google Play, Apple TV, Video Library

In the wake of director Ridley Scott’s Alien (1979) came a host of imitators. And when the crew of the spaceship Quest is sent to investigate what happened to a previous expedition on the distant planet Morganthus, it seems we’re heading into familiar territory. But with Galaxy of Terror, produced by that trailblazer of independent U.S. cinema, Roger Corman, we get instead something more along the lines of Event Horizon, even though Galaxy came first.

The film features a stellar cast that includes Grace Zabriskie (Twin Peaks), Erin Moran (Happy Days), Sid Haig (The Devil’s Rejects), and horror icon Robert Englund (A Nightmare on Elm Street). Pair the formidable talent with some creative effects work and a fun script, and this one’s better than you might think.

Sidney Pink, a cult director if ever there was one, helmed this minor classic, which stars B-movie regular John Agar (Fort Apache) and Danish actress and model Greta Thyssen (Terror is a Man).

Set in the year 2001, an international crew of five men is en route to Uranus when they all experience an inexplicable loss of time. Apparently unharmed, they land on the inhospitable surface, which transforms suddenly into an idyllic, pastoral, Earth-like landscape. While investigating, they discover a barrier that separates this oasis on the seventh planet from its true environment: one of frozen ammonia, incapable of supporting life. Soon, safe in their forested refuge, they encounter familiar signs that remind them of home, including a village occupied by the lovers they’ve left behind.

An alien brain, hoping to take over the bodies of the men and transport himself to Earth, has plumbed the depths of the men’s minds (apparently, that’s what happened when they lost time back on the ship), zeroing in on their desires, and bringing them to tempting life. Thyssen, in a delightful turn, stars as herself. A crewman reveals his secret crush on the famous pinup, and voila.

It’s not just their desires that manifest but also their fears. They fight off a giant spider, for instance, and a monstrous one-eyed rodent (the physical manifestation of one man’s childhood nightmares).

The film strikes a poignant note when Commander Eric Nilsson (Carl Ottosen) makes a futile attempt to bring one seventh-planet beauty, his long-lost love Ingrid (Ann Smyrner), along for the return trip. She vanishes as suddenly as she appears.

Psychologist Kris Kelvin (Donatas Banionis) makes an interstellar journey to an aging space station whose crew is studying the planet Solaris. The remaining team and a retired pilot named Henri Berton (Vladislav Dvorzhetsky) report sighting unusual phenomena on the oceanic planet’s surface. Kelvin finds the crew evasive and indifferent. In their apathy, they’ve let the station fall into shambles. Kelvin learns that his one friend aboard the station had committed suicide before his arrival.

Experiments involving X-rays to determine the nature of the planet’s surface trigger apparitions on the craft. Kelvin, whose mind is somehow transparent to the alien world, soon starts seeing his late wife, Hari (Natalya Bondarchuk).

Solaris is among the most influential science fiction productions from the former Soviet Union and director Andrei Tarkovsky (Stalker, The Sacrifice) one of its luminaries. As beautiful and contemplative as it is mysterious, Solaris is regarded as arthouse science fiction.

Based on the 1961 novel by Polish science fiction author Stanisław Lem (Ikarie XB-1, The Silent Star), Solaris features one of the author’s recurring themes: the intractable nature of alien intelligence, here represented by the presence of the planet’s seemingly sentient ocean surface.