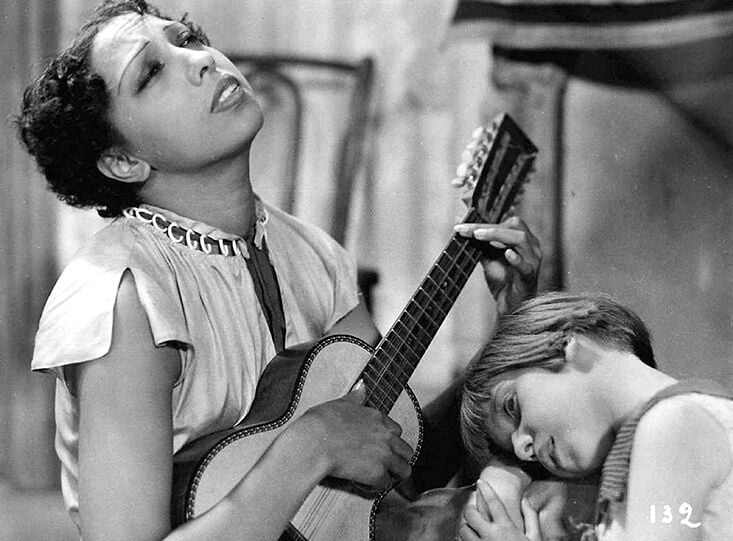 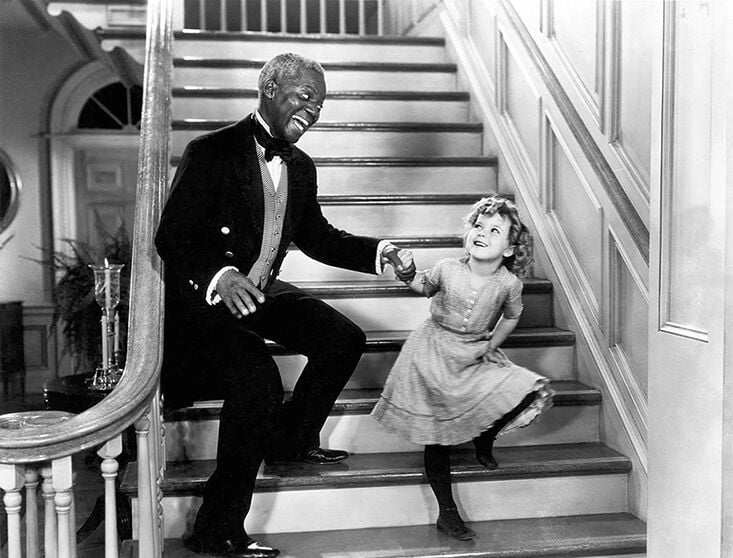 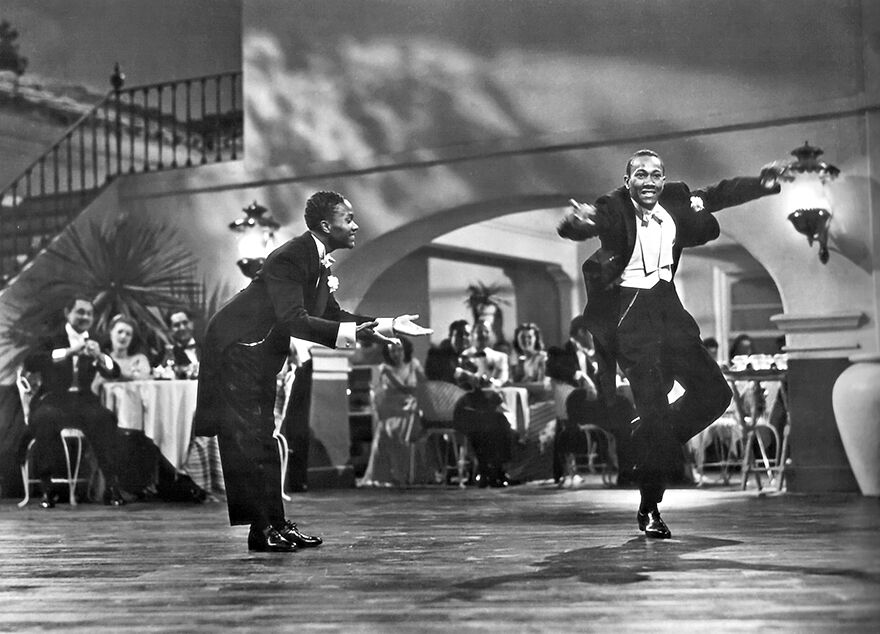 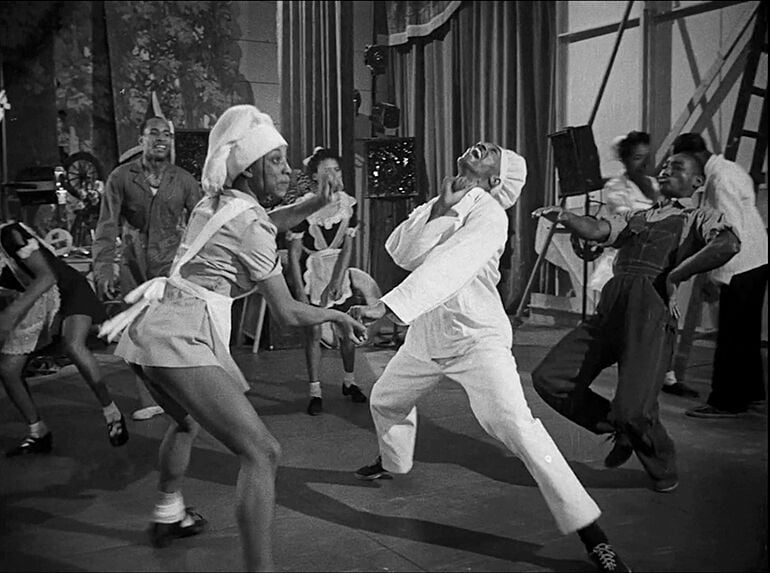 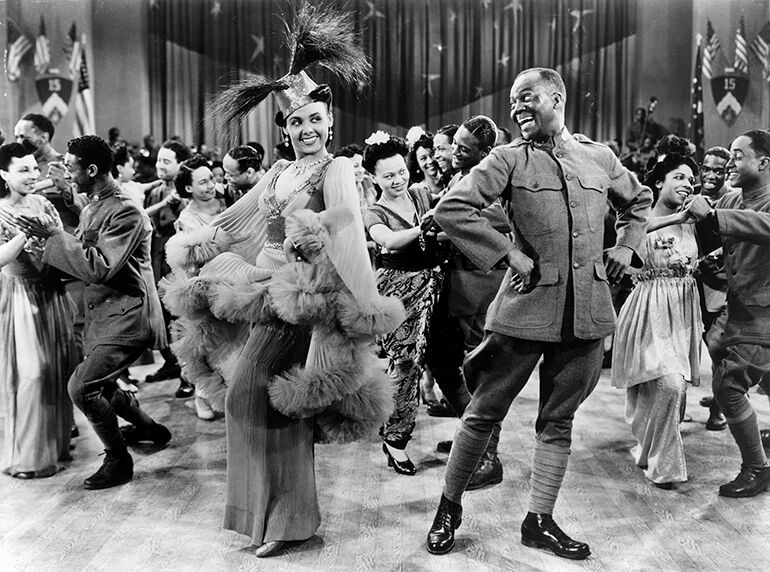 Beware of internet searches under the keywords “dance movies.” The result includes some of the worst films ever made. To be avoided at all costs are movie franchises started by Step Up (2006), Honey (2003), or Stomp the Yard (2007), which are all about teenagers overcoming obstacles and finding love (or at least dates) through dance. If the first film in each series isn’t mediocre enough, imagine the second, third, or fourth variation of the same. Each of these movies made a lot of money overseas, thus the endless sequels. Ugh.

A different territory was mined in the first Hollywood films to feature Black dancers, many in the 1930s and ’40s. Before Gene Kelly and Fred Astaire, it was stars like the Nicholas Brothers, Katherine Dunham, Bill “Bojangles” Robinson, and Josephine Baker, who were turning a fusion of African and new American jazz rhythms and movement into a popular dance that found its way into the floorshows of nightclubs in Harlem — then to Hollywood and onto the dancing feet of people of all races all over the country. Although Blacks were not playing the leads in most of these films, Black dancers lead the way toward awareness in the wider culture.

Dancer Josephine Baker was a chorus girl in New York who went on to become the toast of the town in Paris, epitomizing the Jazz Age during the “roaring” 1920s. She created what she called “danse sauvage” and appeared topless at the Folies-Bergère, famously wearing a skirt decorated with bananas. During World War II, she spied for the French Resistance and later became active in the civil rights movement in the United States.

Zouzou is a French melodrama starring Baker as a laundress who longs to be onstage. There is only one glimpse of her dancing, in a scene where she cuts up for her stage manager boyfriend, who needs somebody to focus his lights on. She does sing, however, beautifully, posed from her perch in a birdcage during a scene from the show-within-a-movie. Fans of Busby Berkeley movies will appreciate the elaborate sets and production numbers, including lines of chorines singing while being hoisted up and down a waterfall with real water. It’s an excuse to appreciate the charm of a slight movie that dared to feature a Black woman. This would not have happened, at the time, in the United States. Crime/musical/romance, not rated, 92 minutes, Amazon Prime

Bill “Bojangles” Robinson with Shirley Temple. What a pairing! Robinson was famous for his vaudevillian tap dance routine up and down a flight of stairs. In The Little Colonel, he teaches a version of the dance to his very young protegé, Shirley Temple. As a result, they were the first interracial couple to dance in a Hollywood film. The act was so controversial that the scene was left out of prints distributed in the South. Like Zouzou, the plot of the movie is slight. It was a vehicle for Temple, and her scene with Robinson became so popular, they went on to star together in three other films. The Little Colonel also stars Lionel Barrymore and Evelyn Venable. Hattie McDaniel, who won an Academy Award for her role in Gone With the Wind, appears in the film as well.

Robinson had a long career and was the highest-paid Black performer of his time. He started off in Minstrel shows, and then moved on to star in vaudeville, Broadway, records, films, radio, and television. His dancing influenced performers like Sammy Davis Jr. and Ann Miller. He starred in the movie Stormy Weather (1943), which was loosely based on his life. In 2001, noted dancer Gregory Hines produced and starred in a biopic about Robinson called Bojangles. Comedy/musical, not rated, 81 minutes, Amazon Prime, YouTube, iTunes, Google Play

Richard Brody, in a 2014 piece for The New Yorker, wrote that Down Argentine Way was “one of the most insipid of all Hollywood musicals that features one of the greatest, perhaps the greatest, dance sequence in the history of Hollywood.” The Nicholas brothers, Fayard and Harold, were amazing performers, and Brody says, victims of the systemic racism of Hollywood. “The Nicholas brothers would have been naturals for a wide range of movies that were made at the time. They should have done comedy; they should have done drama; instead, they got to dance.”

With the brothers dressed in top hats and tails, they turned out some of the most virtuosic tap dancing on film. Ever. Splits will never look the same. “The two men exhibit a kind of telepathic fraternal symbiosis,” wrote Brody. “As if they’re conducting each other in the process of dancing.” The movie stars Betty Grable, Don Ameche, and Carmen Miranda. Comedy/musical, not rated, 89 minutes, Amazon Prime, YouTube, iTunes, Google Play

Whitey’s Lindy Hoppers created the most memorable Lindy Hop dance scene ever, in a movie that starred a batch of White comedians and had little to nothing to do with dancing.

Whitey’s Lindy Hoppers were made up of outstanding dancers recruited by organizer Herbert “Whitey” White, a bouncer at the Savoy Ballroom in Harlem. Formed in the late 1920s, the group disbanded during World War II, when its male members began to be drafted to serve overseas. The group toured with the singer Ethel Waters and performed with Duke Ellington’s orchestra.

Hellzapoppin’ originated as a Broadway show. It featured the comic duo Ole Olsen and Chic Johnson, as well as Martha Raye. It is basically a bunch of gags holding together a rather surreal plot involving a show being produced on a country estate. At the beginning of the movie, a song and dance number is proceeding on a staircase that suddenly collapses — sending the performers down a slide to Hell, where they are made to suffer by devils. This is revealed to be a movie (within a movie) for Miracle Pictures, whose slogan is “If it’s a good picture, it’s a Miracle.” If you prefer to skip ahead to the dancing, it happens around minute 48. Comedy/musical, not rated, 84 minutes, Amazon Prime

This was one of the earliest musicals with an all-Black cast, and many of the major African American musicians and dancers of the day were in the film. Inspired by the life of tap dancer Bill “Bojangles” Robinson, it’s a tale of a World War I veteran who comes home intending to become a performer. His (fictional) love interest was played by Lena Horne. Musicians Cab Calloway and Fats Waller played themselves, while dancing was provided by Robinson, as well as the Nicholas brothers and the entire dance troupe of Katherine Dunham, a trained anthropologist who turned Afro-Haitian rhythms and movement into nightclub entertainment during the ’40s.

Stormy Weather doesn’t skimp on the singing and dancing: There are 20 musical numbers in this 77-minute film. Waller performs, “Ain’t Misbehavin’”; Cab Calloway’s big band performs the number “Jumpin’ Jive,” featured a famous tap number by the Nicholas Brothers; and Horne takes on the title song, in an elaborate production number involving the Dunham company. Groundbreaking in its casting, the movie will offend modern political sensibilities with its racist stereotypes, so watch it for the dancing! Comedy/drama/musical, not rated, 78 minutes, YouTube, iTunes, Google Play ◀