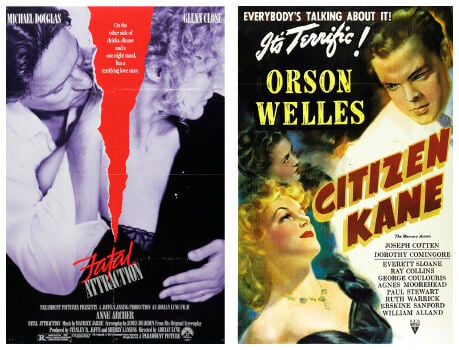 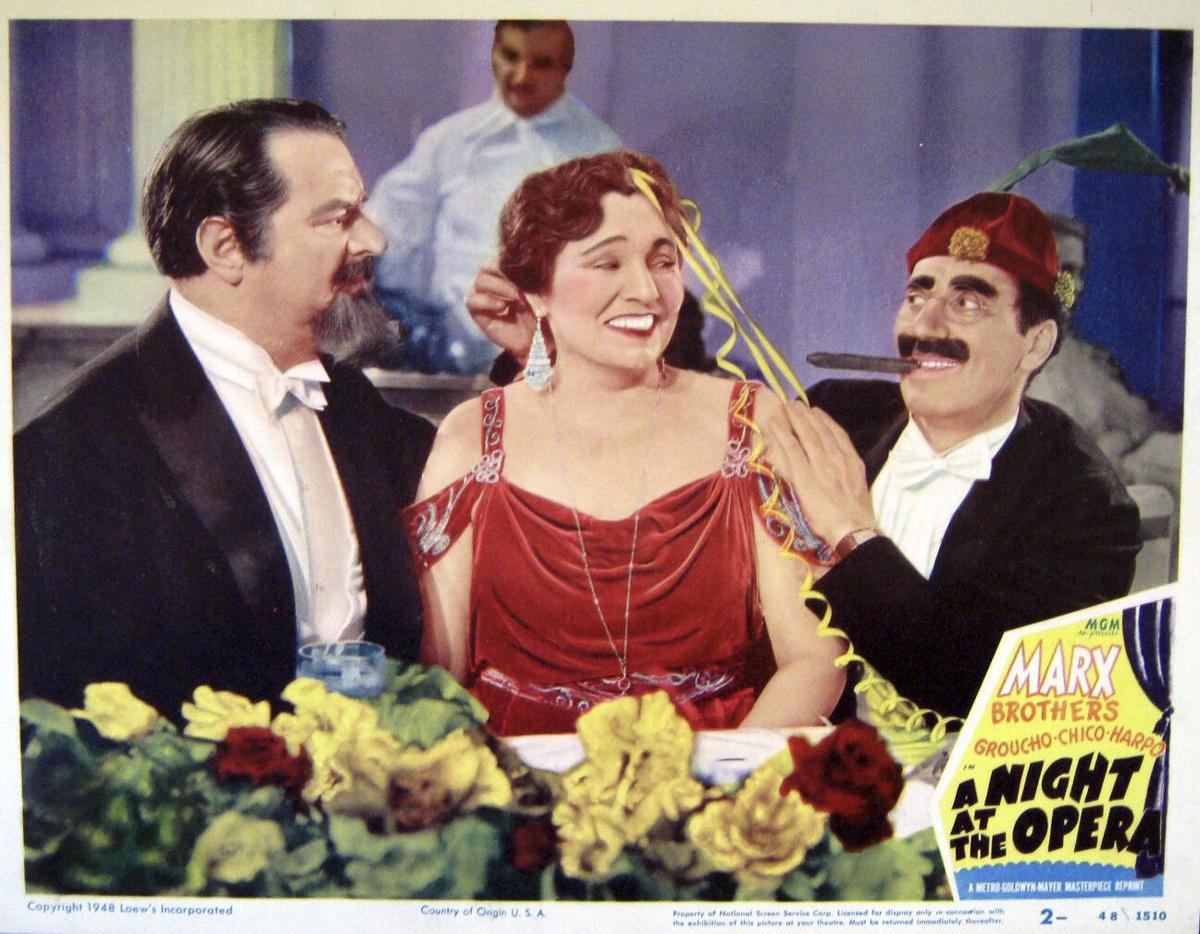 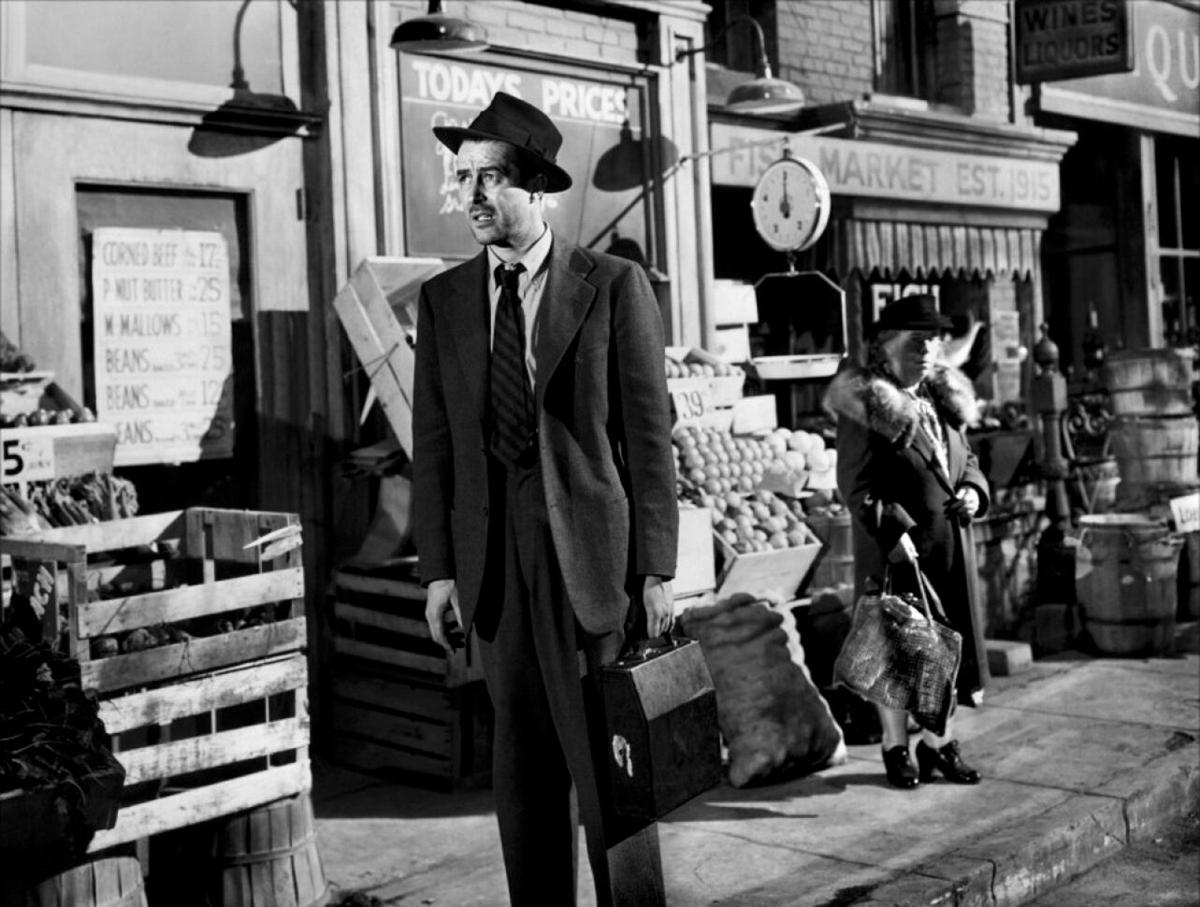 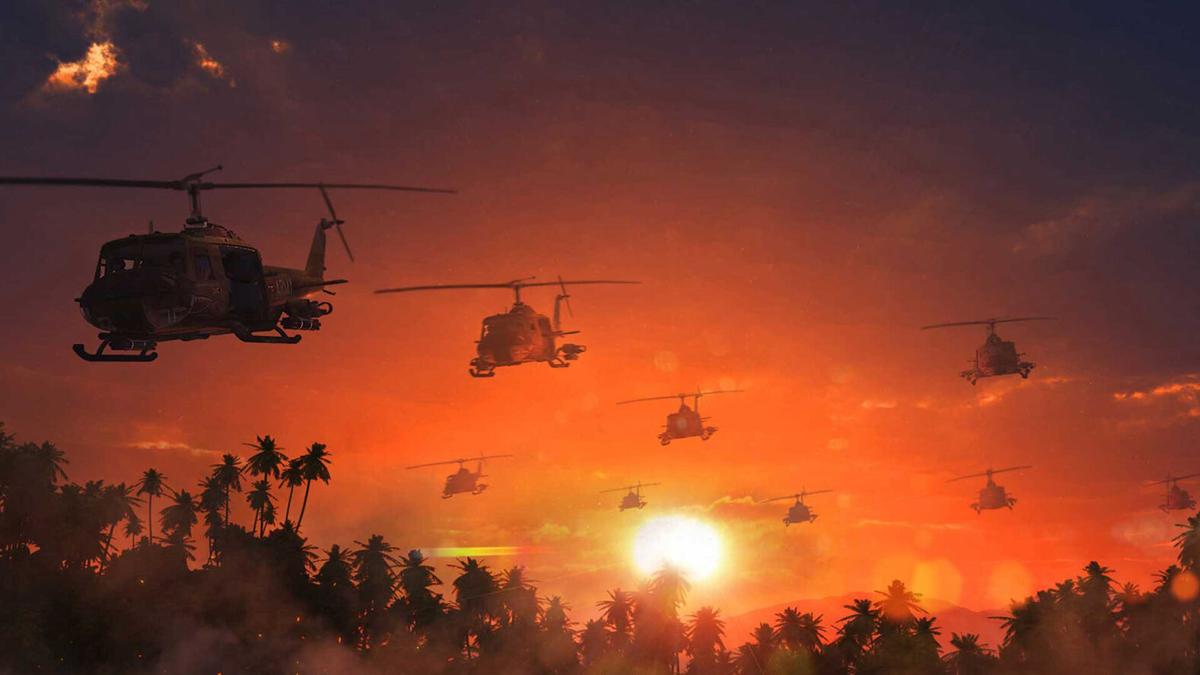 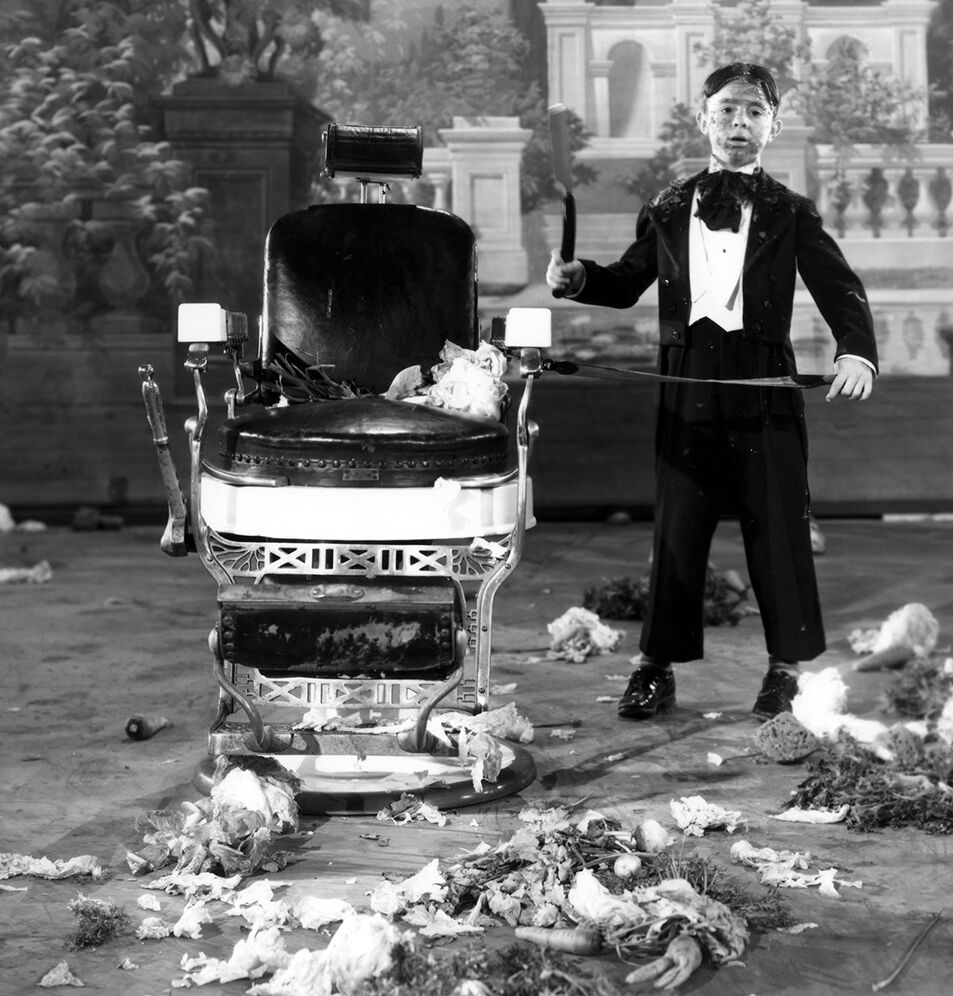 The romance between opera and film extends back to the earliest days of movie-making, predating the arrival of the talkies by more than two decades. One of the first major film stars was Geraldine Farrar, the glamorous American soprano who appeared in the first Madama Butterfly performance at the Metropolitan Opera in 1907.

She starred in 14 feature films between 1915 and 1920, with 1915’s Carmen the most famous. Farrar’s acting as the tempestuous gypsy was earthy, assured, and historic — she inaugurated the now-traditional fight between Carmen and another cigarette factory girl in a true knock-down, drag-out bout.

With the coming of sound, Hollywood began figuring out the different roles opera could play in film. The most obvious was performance attendance as a marker of class and privilege. Musical excerpts could be added to the soundtrack, chosen for their inherent emotional nature. Often, however, wily writers and directors used opera to amplify or comment on film plots and characters by linking them to their operatic counterparts.

Richard Wagner’s martial “Ride of the Valkyries” has almost certainly been featured in film more than any other single piece of opera, starting with D.W. Griffith’s infamous use of it to accompany the Ku Klux Klan in The Birth of a Nation. It was also made in 1915 and, like all silent films, it was screened with live music — in this case, a specially created score played by a full orchestra in larger cities and by piano or organ in smaller ones.

In the century since, “Ride of the Valkyries” has been used in more than a thousand films and cartoons. The best-known appearance is in Apocalypse Now (1979), as American helicopter crews play a recording of it while destroying a Vietnamese village. Its use here was intentionally ironic. In the opera it comes from, the ferocious-sounding Valkyries are cowering in fear shortly after their warlike ride ends, just as the U.S. war effort was to end in humiliation.

The Blues Brothers (1980) made use of the same irony in comic fashion, with the tune accompanying a legendary chase scene in which Henry Gibson’s maniacal Head Nazi character comes to a spectacular end after his car flies hundreds of feet into the air. And, of course, it figures prominently in 1957’s “What’s Opera, Doc?” the spoof of all things Wagnerian that’s widely considered the greatest cartoon ever made. Not sure what “Ride of the Valkyries” sounds like? Just sing “Kill da wabbit!” à la Elmer Fudd, and you’ve got it.

One of the themes that ran through portrayals of opera in the 1930s was that the art form was under attack by that subversive new enemy, jazz. 1939’s Babes in Arms featured Judy Garland and opera singer Betty Jaynes in “Opera vs. Swing.” In “Music Land,” a superb but little-known Disney cartoon from 1935, the Isle of Jazz launches a musical attack on the Land of Symphony, only to be repelled by a cannonade of “Ride of the Valkyries.” Eventually, the two sides reconcile, as the Bridge of Harmony spans the gulf between them.

Not surprisingly, music from tragic or dramatic operas by Romantic-era composers is most frequently used, with Giacomo Puccini out in front along with Wagner. Fatal Attraction (1987) traced Madama Butterfly in aspects of its characters, motivation, music, and plot. Dan Gallagher and Alex Forrest (Michael Douglas and Glenn Close) meet at a Japanese-themed party where authentic melodies that Puccini used in his score are heard in the background, then talk about how much they both love the opera. Later Alex tries to entice Dan to a performance of it, but he turns her down.

The film’s original ending returned to Puccini’s opera and its heroine’s hara-kiri suicide. After terrorizing Dan’s family, Alex finally realizes that he is not going to return to her. She slashes her throat with a knife while listening to “Un bel dì, vedremo,” an aria in which Butterfly says that the husband who has abandoned her will return “one fine day.” (This scene was later replaced with a horror-film-like alternate, with Dan and his wife Beth teaming up to kill Alex, but it can now be viewed on recent releases of the film.)

Music by Giuseppe Verdi also appears frequently, especially excerpts from Rigoletto and La traviata. The Act One drinking song from the latter usually accompanies a jolly party, but check out Billy Wilder’s The Lost Weekend (1945) for an alternate take. Alcoholic writer Don Birnam (Ray Milland) is propelled into a major bender as he recalls a La traviata performance and the craving for a drink the scene produced.

The only comic opera that’s frequently made use of in film is Gioachino Rossini’s The Barber of Seville, or at least its “Largo al factotum,” the “Figaro, Figaro, Figaro!” aria. It figured strongly in 1938. Eleanor Powell and her Broadway producer boyfriend wagered big money on a racehorse named Stargazer in Broadway Melody of 1938. They needed the payoff to bankroll a show starring Powell, but Stargazer showed no interest in running fast until his opera singer co-owner grabbed the racetrack mike and sang the famous aria, propelling the horse to victory and Powell to stardom.

Alfalfa also bet on “Largo al factotum” as the winning ticket for his opera debut in Our Gang Follies of 1938, but got pelted with fruits and vegetables after warbling a few notes. And in a bit of conceptual rethinking worthy of the most avant-garde stage director, the 1934 short Apples to You! centered on a vaudeville theater impresario who rescued a bankrupt opera company by adding burlesque comedy routines and “20 Beautiful Barberettes” to its production of Rossini’s masterpiece.

Several movies even make use of “imaginary operas,” music that was written just to be performed in a particular film. The most famous example comes from Citizen Kane (1941), a soprano aria composed by Bernard Herrmann that’s ostensibly from Salammbô. Orson Welles wanted to use music from Jules Massenet’s opera Thaïs, but it was still in copyright, so Herrmann wrote an aria about another legendary temptress in a parody of Massenet’s style.

In the film, it’s sung spectacularly badly by Susan Alexander Kane (Dorothy Comingore), ending the opera career pushed on her by her husband. (The San Francisco Opera soloist who recorded it insisted that her real name not be used in the film’s credits.) Later it became a concert favorite of both Eileen Farrell and Kiri Te Kanawa; you can hear the latter’s performance of it here: youtube.com/watch?v=hrwTzh0X1H8. ◀

The Silver Scream: Portrayals of Opera in Film is a two-hour, online presentation by Mark Tiarks at 1 p.m. on Thursday, Feb. 18. It includes video excerpts from more than 20 films from Geraldine Farrar’s Carmen through 2019’s Knives Out. Registration is $20 at renesan.org.