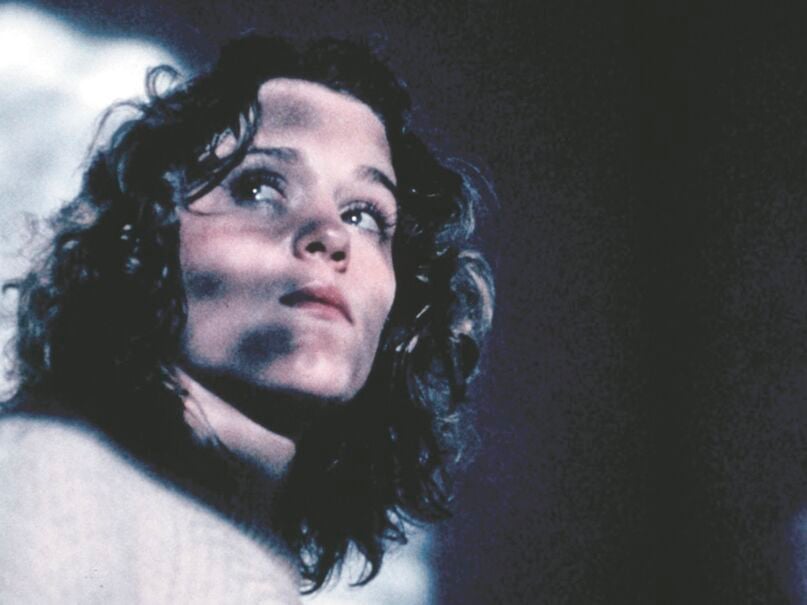 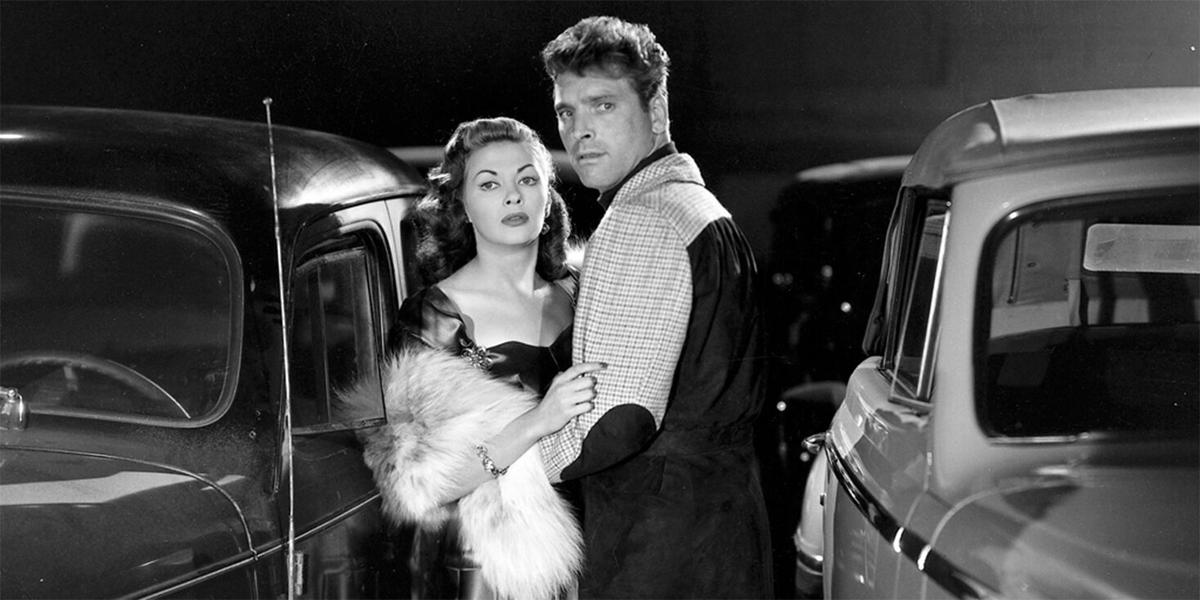 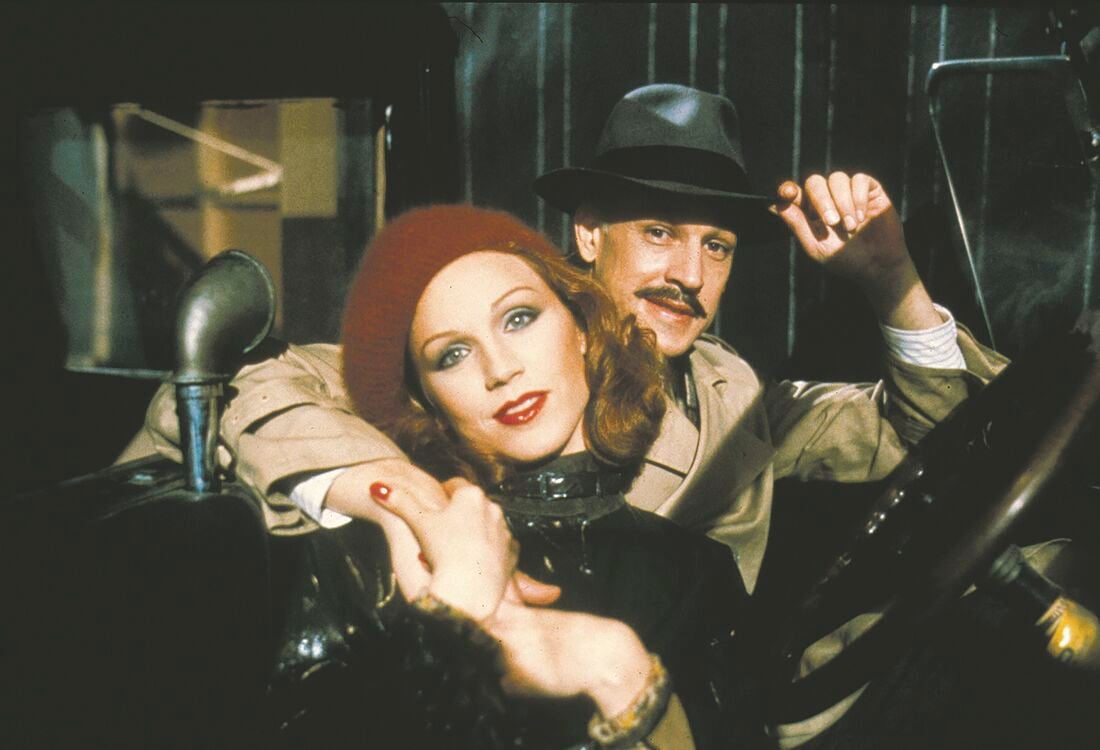 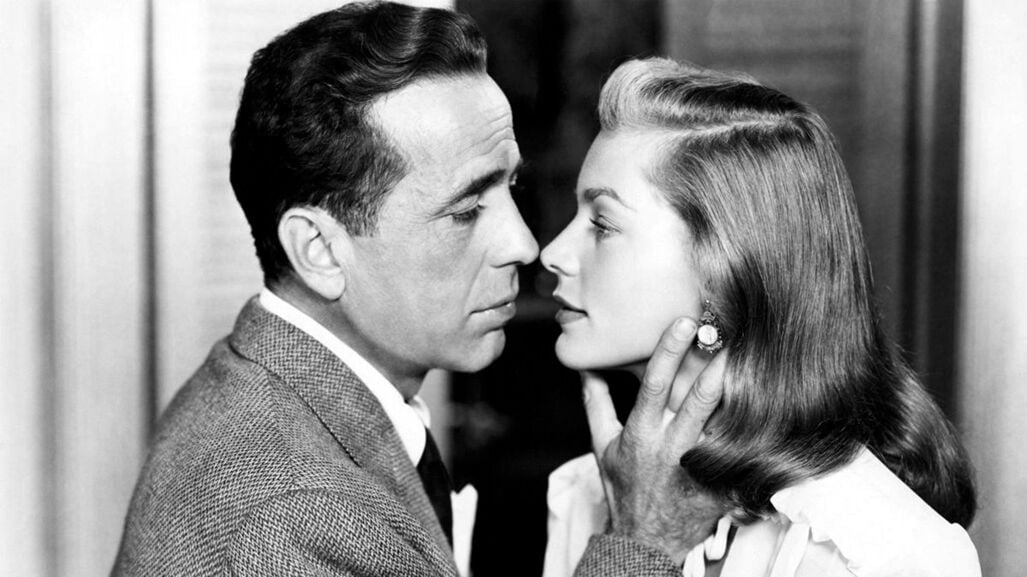 A pair of budding cinematic auteurs named Joel and Ethan Coen burst onto the cult movie scene in 1984 with a moody, neo-noir thriller that unleashed the fearsome acting talents of Frances McDormand upon the world. Blood Simple is the first in the Coen Brothers’ vast oeuvre of character-driven movies yoked to genre and place. Blood Simple is set in Texas, where the drawls are as thick as molasses and the characters are deliberate stereotypes. Almost every moment in this debut work is heightened to its apex, and all surfaces are made viscerally repellant. Furniture, floors, and skin drip with fetid water or are sticky with blood.

There are no complicated backstories to absorb. Ray ( John Getz) and Abby (McDormand) are on the run from Abby’s husband, Marty (the superbly oily Dan Hedaya), who wants them dead. Loren Visser is a private dick played with disturbing, mealymouthed intensity by longtime character actor M. Emmet Walsh. Blood Simple builds ever-increasing friction between characters and leans on a host of noir touches to further the story, such as Carter Burwell’s sultry, ambient score, and lighting so stylized that it looks like a chiaroscuro painting. (McDormand’s face is always half in shadow, even when she’s in broad daylight.) McDormand plays Abby as a wide-eyed cipher, a woman painted by the men in her orbit as a femme fatale, but who displays the stunned demeanor of an abuse victim. Crime/drama/thriller, Rated R, 99 minutes, Prime Video

German émigré Robert Siodmak arrived in Hollywood in 1939, first directing B films (including the camp classic Cobra Woman), then finding his niche with a series of medium-budget, high-impact films noir. His career and his films are little known today, even though noir aficionados rank them highly, especially The Killers and Criss Cross.

True to its title, double crosses abound in Criss Cross. Burt Lancaster is Steve, the sap who’s always one mental step behind the action. He’s drifted back to Los Angeles, where he hooks up with his old job as an armored car driver and his ex-wife, Anna (the sultry Yvonne De Carlo), now married to gangster Slim Dundee (Dan Duryea). When Slim catches Steve and Anna almost in flagrante delicto, Steve improvises his way out with a scheme to rob the armored car he drives and split the loot.

Slim double-crosses Steve in the robbery, a surreal, smoke-bomb-filled shootout with everyone wearing gas masks. They’re both seriously wounded, with the police mistaking Steve for a hero who attempted to foil the crime. Eventually, the two men converge on Anna, who engineers one more stunning deception in a finale that’s shocking even by noir standards.

The visual atmosphere is mesmerizing, with most of the film taking place in claustrophobic interiors (a cramped night club, narrow bars and drug stores, small rooms in decrepit boarding houses) and the rest in the gritty, working-class environment of L.A.’s Bunker Hill neighborhood. Duryea is remarkably menacing, and De Carlo is an unusually sympathetic femme fatale, trapped between two bad options in her husband and her ex. Crime/drama, not rated, 84 minutes, Apple TV, Fandango, Prime Video, Santa Fe Public Library, Vudu

Humphrey Bogart and Lauren Bacall appeared in four films together, including To Have and Have Not (1944) and Key Largo (1948). But their third collaboration, Dark Passage, a brooding crime drama helmed by director Delmer Daves, falls under the shadow of their other films. It lacks the sharp-witted sparring that made them so memorable together in The Big Sleep (1946), and the classic lines that made their first movie together so eminently quotable: “You know how to whistle, don’t you, Steve? You just put your lips together and blow.” But for Bogey and Bacall at their most romantic, you couldn’t ask for a better picture.

Bogart plays Vincent Parry, an escapee from San Quentin Prison who was falsely convicted of murdering his wife. He aims to find the person responsible for the murder, and his suspicions fall on Madge (Agnes Moorehead, terrific as Parry’s spurned love interest), who testified against him in court. The first third of the film is shot from Parry’s point of view, which means we don’t get to see his iconic mug until well into the production, after he’s had plastic surgery to give him a new face. But even under bandages, wrapped like a mummy, it’s impossible not to recognize that hardboiled voice and no-nonsense attitude: “My only interest in your head is how easy it’ll crack open.” Parry is a man of few words, so when he talks, you listen. A hard man haunted by his past and soured by years in prison, we’re on his side from the start.

So is Irene Jansen (Bacall), a passing motorist who picks him up soon after his escape, smuggling him past a police roadblock. She’s followed the Parry case for years, knowing something doesn’t add up. They fall for each other, but Parry knows he’s better off not dragging her into his mess and reluctantly leaves her.

Dark Passage isn’t one of those films where everything’s wrapped up in a neat little package. Parry may never find true justice, at least in the eyes of the law, but it doesn’t deprive the audience of some classic moments between its two leads. In the prelude to an embrace that’s been a long time coming, two lovers’ eyes meet across the dance floor of a bar on the Peruvian coast, and knowing Bogey and Bacall’s romance was real, onscreen and off, makes your heart swell. Crime drana, not rated, 106 minutes, Amazon Prime, Vudu

Dashiell Hammett, the author of some of the finest detective stories ever written, is something of a mystery. A hard-living, hard-drinking former Pinkerton, Hammett used some of his life experiences to craft books like The Maltese Falcon and The Thin Man. The Maltese Falcon, of course, would go on to inspire several films of the same genre, most famously the 1941 version starring Humphrey Bogart and Mary Astor. It seems only natural that Hammett himself would eventually become the focus of a major Hollywood production.

Based on the novel of the same name by Joe Gores, the film picks up in 1928 when Hammett (Frederic Forrest) is a full-time drunk and a part-time writer who has left his life as a sleuth in the past. One night, Hammett is drawn back into San Francisco’s underworld and a rollicking conspiracy.

The film is perhaps most notable for what it could have been. Directed by Wim Wenders (Paris, Texas) and produced by Francis Ford Coppola, there’s a lot of potential and a lot of machine-generated fog here. As it is, Hammett falls somewhere between parody and loving homage to the classic noirs. Even so, it’s a fun mess of tacky dialog, recycled plotlines, noir character archetypes, and over-the-top set decoration. Crime/mystery, rated PG, 97 minutes, Amazon Prime, YouTube ◀