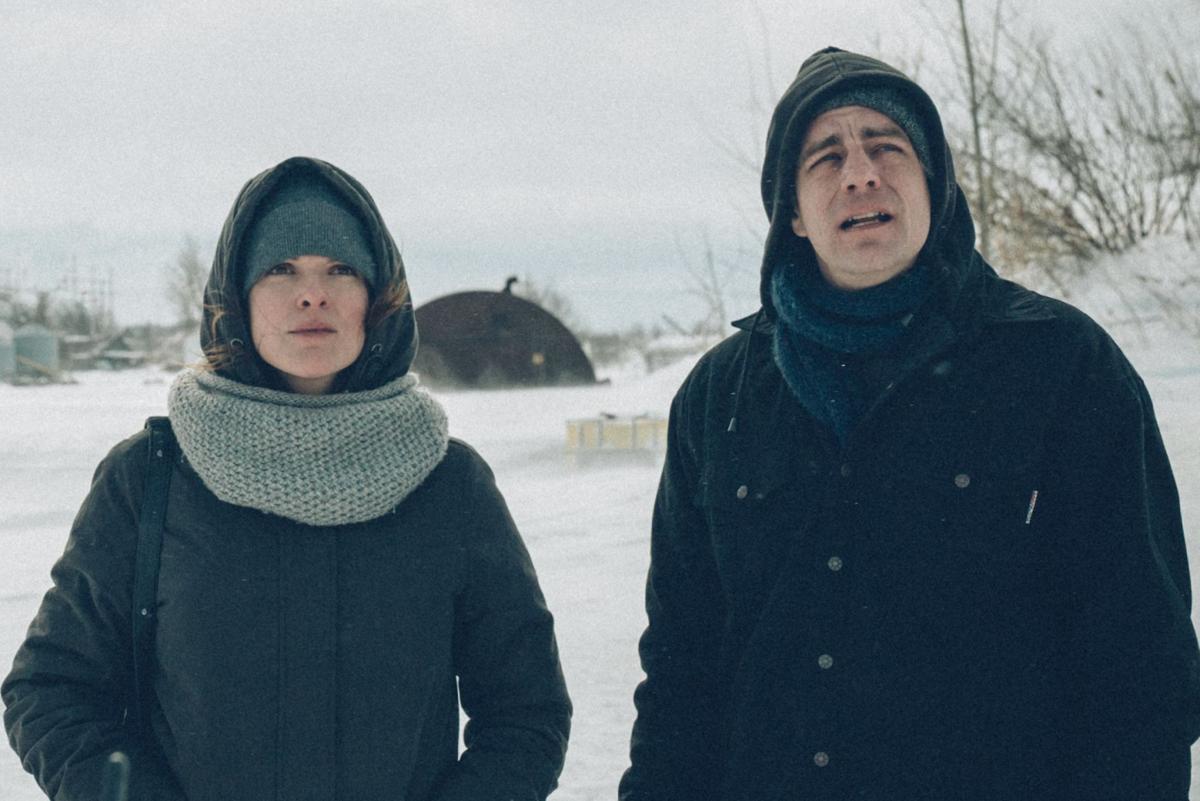 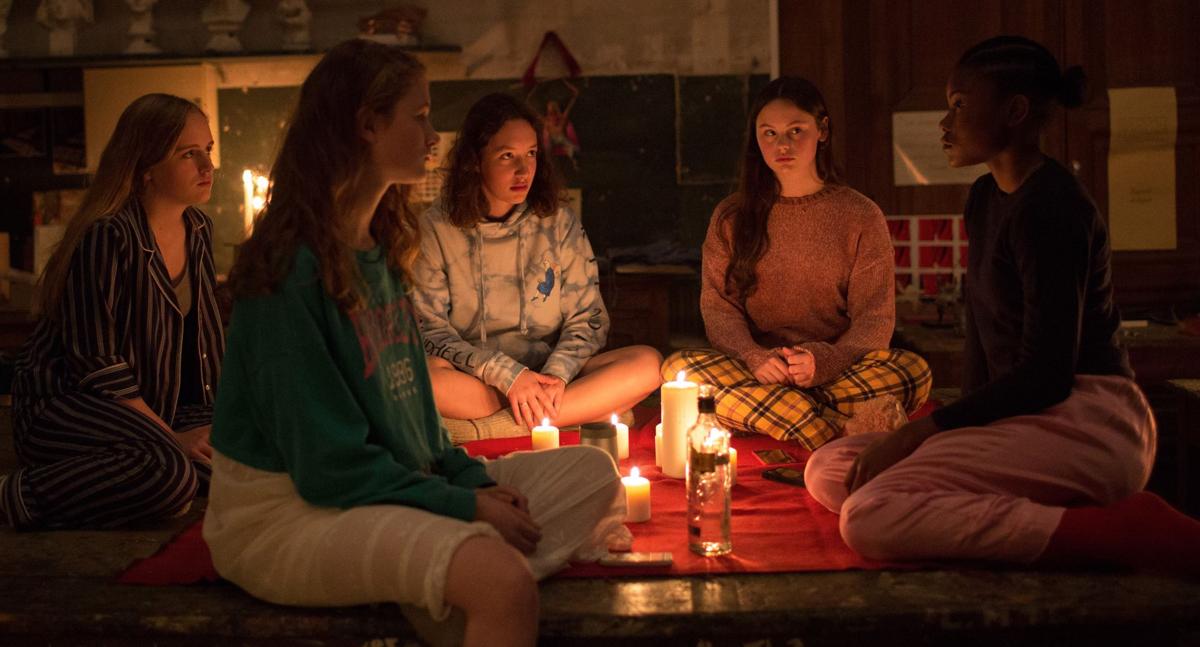 If you’re a fantasy fan and gravitate to the more offbeat films in general, you’ll find plenty to choose from at the Santa Fe Independent Film Festival this year. There are stories that center on the thin veil separating the realms of the living and the dead, and spirits you can see (and some you can’t), which offer pointed meditations on loss and grief. Other stories deal with flights of fancy and descents into madness but remind us that even the most irrational among us are no more absurd than the worlds they navigate.

The Seer and the Unseen

You can’t see them, but the elves, trolls, and fairies said to inhabit the rocks and crags of Iceland certainly have their believers. Ragnhildur “Ragga” Jónsdóttir is one of them. It’s not just for the preservation of Iceland’s wild places that she embarks on an effort to curtail government plans to build a road through the nation’s lava fields, but also to protect the “hidden people” or fairy denizens she says she communicates with — even though most people think she’s crazy.

Director Sara Dosa’s character-driven narrative is an unusual entry in the documentary genre. The fight of groups like Ragga’s Friends of the Lava Conservation would make for a worthy subject in its own right, especially as it touches on the economic pressures driving overdevelopment and on how the loss of habitat disrupts the ecological balance. Dosa’s focus on Ragga, who puts out bowls of honey for the elves she claims live in her yard, is the window into a story of more far-reaching consequences.

Dosa ties the road that Ragga and her group oppose to Iceland’s economic crash in 2008, which was the result of deregulation and a boom that didn’t last. Over the course of a long, slow recovery, new infrastructure projects proliferated, to the detriment of the country’s environment.

Ragga takes the fight to her local government and claims one small victory as authorities agree to move a boulder from out of the intended route of the new road. It’s the first time that town officials don’t merely dismiss her as a crackpot. She’s adamant in her insistence that she talks to the elves, and passionate in her feelings about the large rock — which, she says, the elves use as their church. Despite how you may feel about the existence of fairies, she’ll have you nearly convinced that they’re real. Try not to cringe when the crane lifts the “church” boulder and almost drops it. By this point, late in the film, your hopes are tied to Ragga’s.

Using Ragga as her inroad to the bigger issues, Dosa gets to the heart of the matter, which is simply this: Maybe you can’t see it, but life exists in every place where humans stake their claims on the land. The fairies are merely a metaphor for species displaced by development. Ragga doesn’t see it that way, but if we do, at least we’ve come to meet her halfway. 5 p.m. Thursday, Oct. 17, and 5 p.m. Oct. 20, Violet Crown Cinema; director Sara Dosa attends both screenings for an audience Q&A.

Drama/horror, not rated, 103 minutes, in English, French, and Haitian with subtitles

Over the course of cinema history, traditional zombies, like the one in Jacques Tourneur’s classic I Walked With a Zombie, lost ground to the lumbering, flesh-eating ghouls of films like George Romero’s Night of the Living Dead. Zombi Child brings them back to their roots. The film, which blends its horror with a healthy dose of drama and social commentary, doesn’t fit neatly into either category. It defies genre limitations to critique the legacy of European colonialism.

Directed by Bertrand Bonello, this French production cuts between two interrelated stories. One is set in Haiti in the early 1960s, and the other is in an all-girl school in present-day France. In ’60s-era Haiti, a man named Clairvius Narcisse (Mackenson Bijou) is the victim of a voodoo ritual in which he’s buried and brought back from his apparent death as a zombie, to work on a sugar plantation. He escapes and begins an odyssey of unfocused, half-dead wandering.

In the present time, Melissa (Wislanda Louimat), orphaned by the 2010 earthquake in Haiti, is a new student at the French school. Melissa has been raised by her aunt, who, she claims, is a practitioner of voodoo. We learn later that Melissa is also the granddaughter of the wandering Clairvius.

Melissa is the titular zombie of this film, and as the story of Clairvius increasingly intersects with her own, it becomes obvious that, like him, she’s trapped in the world between the living and the dead. The build-up to the horror of the film’s final moments is slow, inexorable, and filled with menace. On one hand, it may seem that Bonello is justifying fear and suspicion of immigrants in making the school’s one black person into a frightful figure, but he’s really getting at something else. Sooner or later, societies that appropriate aspects of a culture they don’t fully grasp — as cinema does with voodoo — are called to account. This story is about the rebounding effects of such appropriation. As such, it is didactic. A horror fan could learn a thing or two. 5:30 p.m. Oct 19, The Screen

Drama/fantasy, not rated, 97 minutes, in French with subtitles

In Québécois director Denis Côté’s offbeat tale of woe, the dead don’t stay dead, but move among the living. But this isn’t a horror film. Instead, it’s a meditation on loss, albeit one filled with a sense of dread and foreboding.

Set in rural Canada, the film begins with a car crash and the death of the driver, Simon, a popular inhabitant of the small (fictional) town of Irénée-les-Neiges. There’s some suspicion that Simon committed suicide, but his mother, Gisèle ( Josée Deschênes), cannot accept this possibility. Her son Jimmy (Robert Naylor), a disaffected young man bored with country life, is more open to the idea.

The village is home to only 215 residents, and Simon’s death, the first they’ve experienced in a long time, is upsetting. But the locals’ stoicism prevents them from effectively dealing with the resulting trauma. Soon, ghostly figures start popping up on the snowy landscape. These figures of the dead say nothing and do little more than stand and stare. They are painful reminders of loved ones who’ve died and seemingly refuse to move on. That’s not really it, though. Ghost Town Anthology isn’t about why the dead cling to a world that, to them, must be as shady as theirs is to the living. It’s about the one thing that unites us all: our ultimate fate.

The doleful air of Ghost Town Anthology is enhanced by the cinematography. The film was shot on 16mm film, which gives it a grainy look. It’s a spooky film and a little unnerving, but Côté never goes for easy scares like you’d find in a typical horror film. The question of whether we’re seeing the dead among the living or the living among the dead is ambiguous. Ostensibly, it’s about how people deal (or don’t deal) with their grief. But maybe, it’s more about coming to terms with the fact of our own mortality. Irénée-les-Neiges is the world in microcosm. And the thing that puts all of its inhabitants on an equal playing field is staring them, however ominously, in the face. 11 a.m. Oct. 19, Violet Crown Cinema

OPIA is a story about how students at a Northern New Mexico college attempt to pierce the silence that pervades their campus after a spate of suicides disrupts their lives. It was filmed entirely in Northern New Mexico (Santa Fe, Pecos, and director Siena Sofia Bergt’s native village of Agua Fria). The focus is on Celia (Santa Fe-based actress Helana Gabriella) and her friend J (Chance Willey), who stage a series of artistic interventions to call attention to the school’s reluctance to address the suicides. They’re distraught at the pervasive culture of silence in the wake of their friends’ deaths.

In seeking a way through grief to understanding, they attempt to pierce the boundary between the world of the living and the dead, to communicate with their deceased classmates. But they soon realize there are no easy answers as to the cause of the suicides. Celia and J venture into the high desert to distance themselves from the school, only to find themselves delving into a surreal nightmare.

OPIA is an impressionistic film and a not-too-subtle look at the risks of willful exploration into the recesses of the mind. Handheld camera work, vibrant colors dominated by bright red and blue, nighttime interiors awash in the glow of neon, and feature-distorting shadows give OPIA a phantasmagoric tone. It’s not an easy film to digest and it borders on the experimental, but it’s alive with the energy and enthusiasm of its young protagonists. 8:40 p.m. Oct. 19, Center for Contemporary Arts. Includes an audience Q&A with director Siena Sofia Bergt.

Finally, a movie that doesn’t fit the fantasy genre, but I couldn’t leave it out.

Portuguese, and English with subtitles

Fresh from its U.S. premiere at the New York Film Festival earlier this month, Santa Fe audiences have a chance to be among the first to see director Marco Bellocchio’s deep dive into the seedy, oppressive world of the Sicilian mafia. The film, which is Italy’s official foreign-language entry for the 92nd Academy Awards, is based on the true story of mob informant Tommaso Buscetta (Pierfrancesco Favino).

Set in the 1980s, The Traitor follows Buscetta, a loyal member of a Cosa Nostra crime family. He eventually testifies against the organization in the wake of a tragic series of events in which his own family members were targeted for assassination.

Much of Bellocchio’s film plays out as courtroom drama, which makes for the most compelling moments in The Traitor. The trial, which drags on for seven years, is a cacophony of erupting tempers, posturing, threats, accusations, and recriminations. It doesn’t generate much empathy for Buscetta, but it does underscore the desperation of his position and the bravery of his actions. Thanks to the reams of testimony provided by Buscetta, authorities gained a clear and detailed account of the inner workings of the Cosa Nostra. Much of that detail is on the screen, making The Traitor a veritable gold mine for those who love gangster films.

This not your typical biopic, but a bold and operatic epic. At its center is Favino’s performance as Buscetta, which is electrifying. 7 p.m. Thursday, Oct. 17, Center for Contemporary Arts ◀