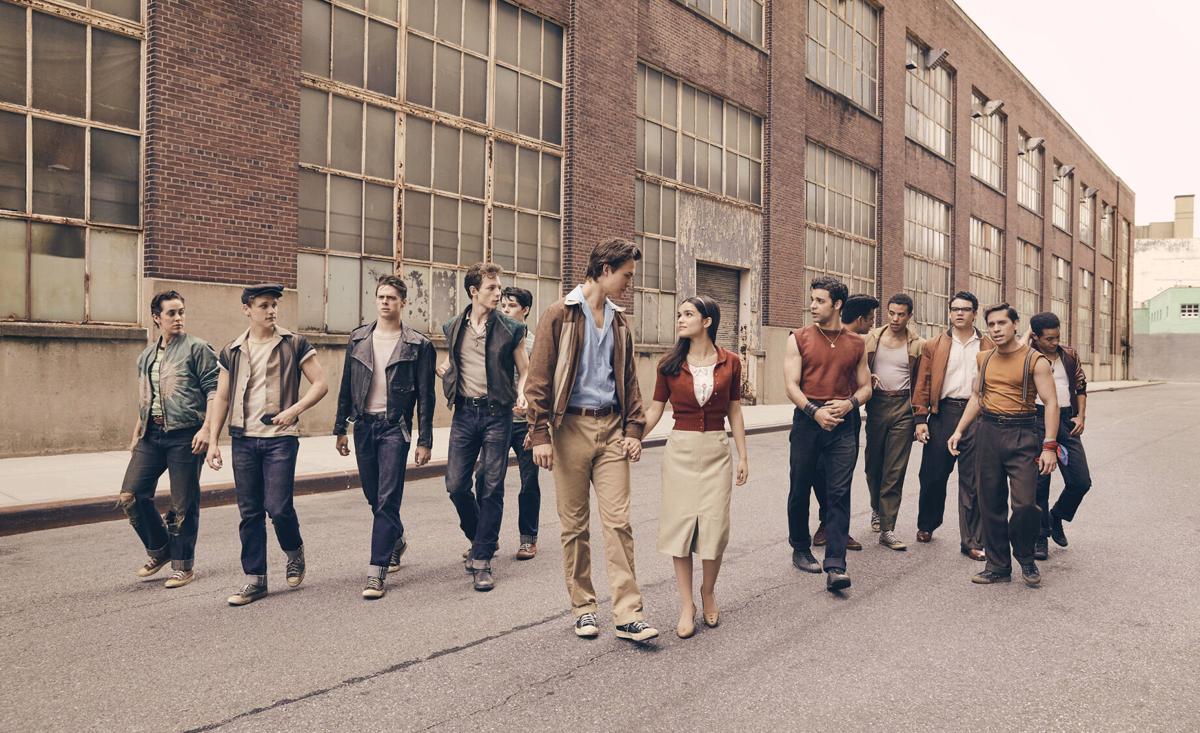 West Side Story gets the Steven Spielberg treatment in this 2021 revival of the Oscar-winning 1961 adaptation of the 1957 Broadway musical. Photos 20th Century Studios 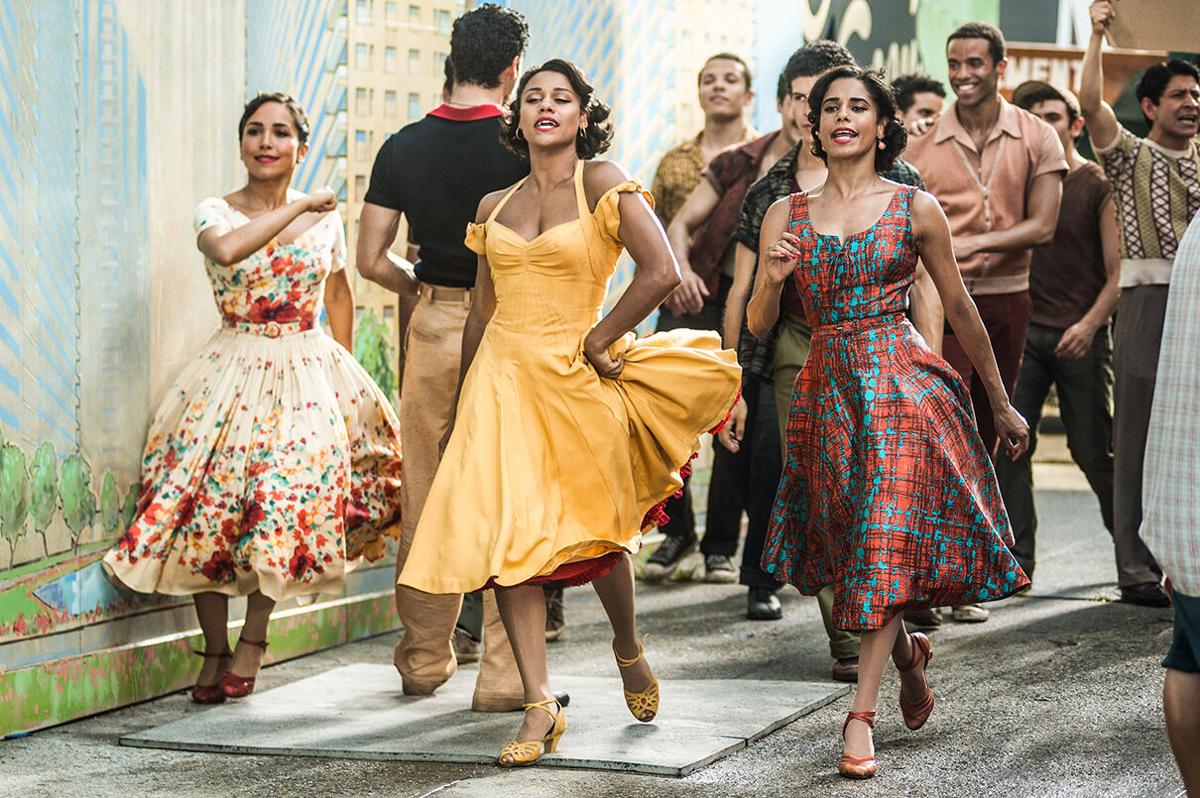 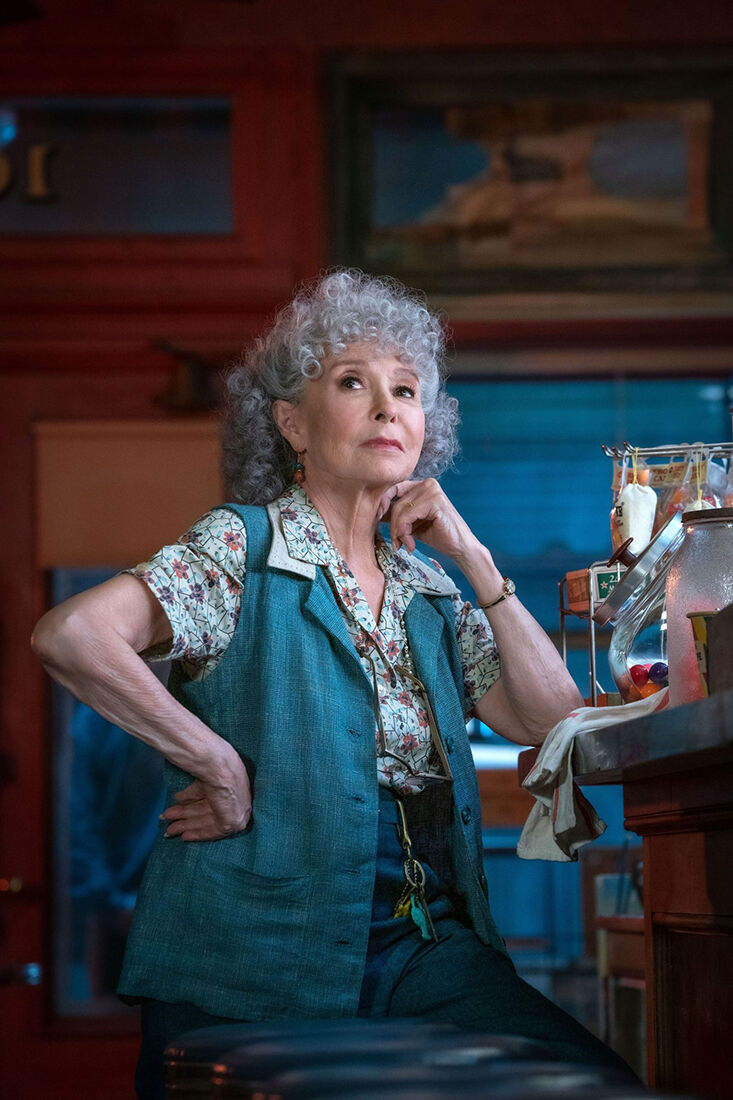 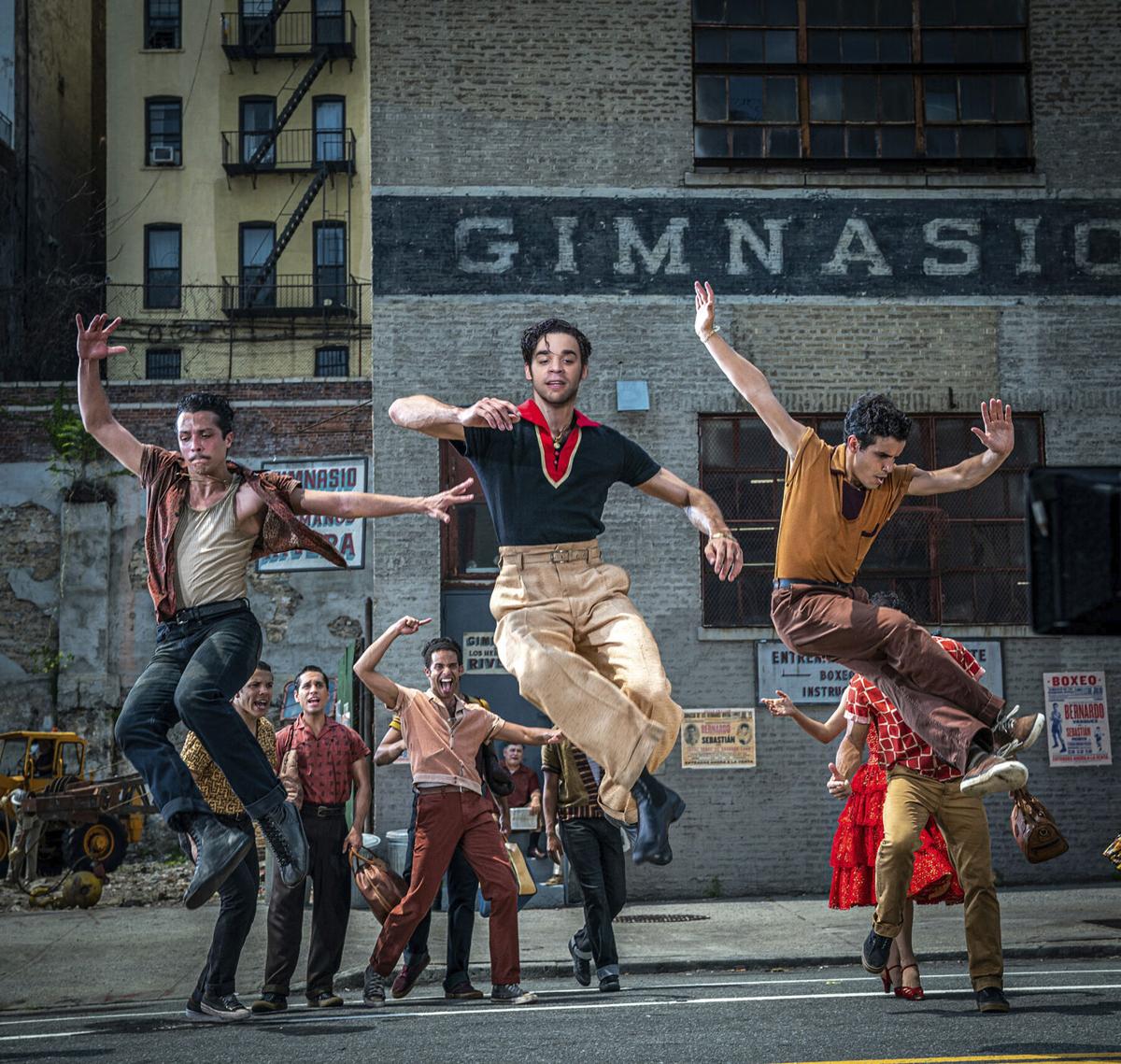 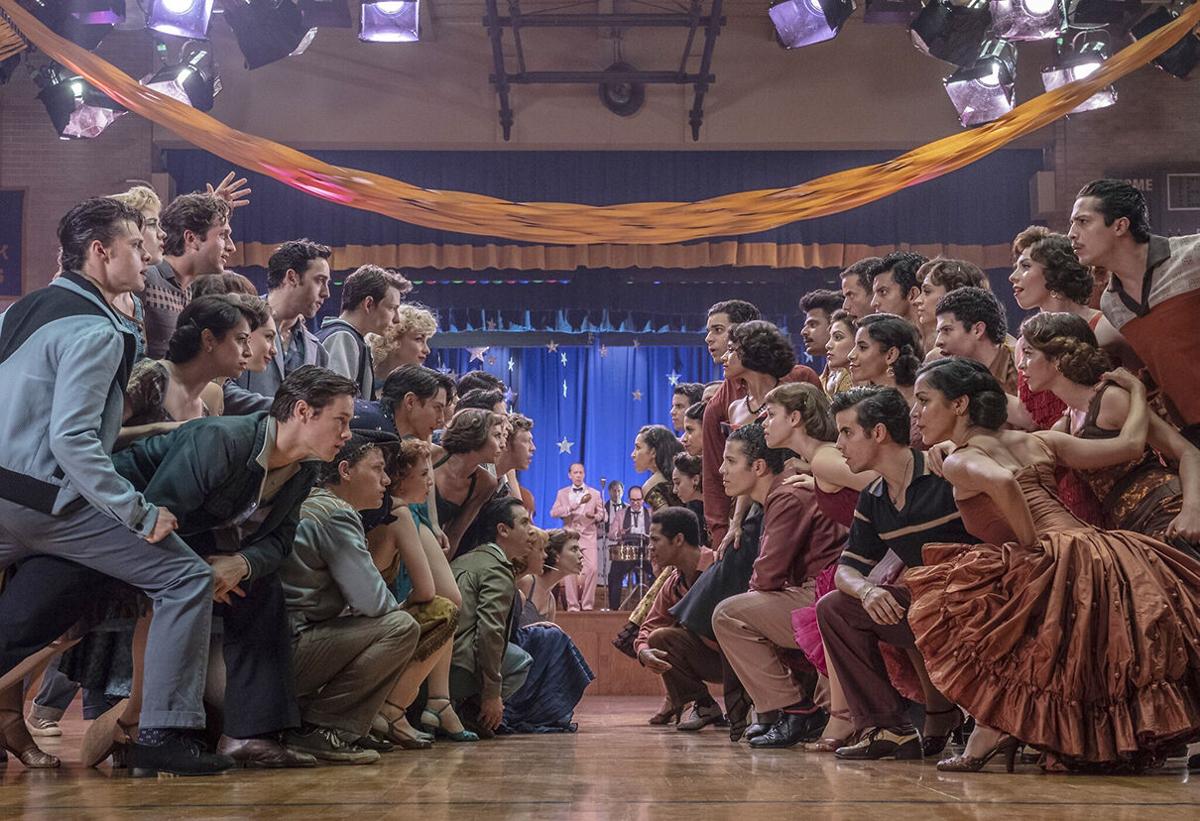 Pop culture is awash in boomer nostalgia, a symptom of intellectual malaise and the enduring chokehold one generation still has on what counts as worth caring about.

But sometimes, the stewards of that patrimony manage not just to preserve what was great about the things they loved as kids, but infuse them with enough new energy and meaning that they feel utterly resonant. Such is the case with West Side Story, Steven Spielberg’s vibrant, urgent, utterly beautiful revival of the 1961 adaptation of the 1957 Broadway musical.

In this respectful but smartly tweaked and slightly toughened-up version, Spielberg and screenwriter Tony Kushner prove that the best works of art are simultaneously strong and elastic enough to withstand a wide range of interpretations.

A classicist of the old school, Spielberg doesn’t take any envelope-pushing risks with his West Side Story, which still centers on star-crossed love amid a fatal feud between the Sharks (teen Puerto Ricans) and the Jets (the Polish, Italian, and Irish New Yorkers who fear and hate them). The film opens on Manhattan’s Upper West Side in 1957, when Robert Moses’ slum-clearance policy is in brutally full force — in this case, destroying the mostly African American neighborhood of San Juan Hill to make way for Lincoln Center. Filming the city as a living ruin, in desaturated tones, Spielberg sets a fitting stage for the volatility and violent passions that will explode against an urban backdrop in a twitchy state of creative destruction and reinvention.

Within moments, the visuals go from just this side of black-and-white to rich, Kodachrome-like color: The dazzling opening number, performed by the Jets, looks like it’s been plucked from the pages of a vintage Life magazine. From there, we’re off, with West Side Story sending viewers on a journey that, for all its familiarity, once again feels thrilling, romantic, drenched in movement, life and color — and, ultimately, aching sadness.

To play Tony and Maria, the fateful couple at the heart of West Side Story, Spielberg has cast Ansel Elgort and Rachel Zegler, both of whom are accomplished singers. Elgort recalls a young Marlon Brando as his leading-man features soak up his flattering key lights. Zegler, whose petite frame and childlike expressions give Maria an extra air of innocence, possesses a fluting soprano that is captivating and of a piece with her character’s naivete. When Tony and Maria meet for the first time — at a high school dance bristling with tribal and hormonal aggression — they convey the coup de foudre of love at first sight with a convincing air of wonderment.

As pleasing as Elgort and Zegler are, West Side Story comes most alive through its supporting players, a number of whom were recruited at casting calls in Puerto Rico and a few of whom steal the movie by way of astonishing, astutely specific performances: Ariana DeBose, as Maria’s friend Anita, brings fierce intelligence to a character who has always teetered into cliched, “fiery Latina spitfire” territory; David Alvarez brings similar nuance to his portrayal of Bernardo, Maria’s brother and Anita’s boyfriend. (Rita Moreno, who played Anita in the 1961 film, is on hand here in a surprising and gratifying role.)

The revelation in this production, however, is Mike Faist, who is not only a gifted singer and dancer, but plays Jets gang leader Riff with just the right mix of spiky resentment, hair-trigger anger, and loose-limbed grace.

Faist’s performance also embodies a principle that makes Spielberg’s version of West Side Story so well-judged, which is its rewarding mix of gotta-dance fantasy and unforced naturalism. He and Kushner allow the Sharks to speak in Spanish without subtitles, a nod toward realism that also pays respect to audiences whose love for West Side Story meant having to endure its most toxic stereotypes.

It doesn’t take much for West Side Story‘s themes — immigration, racial anxiety, abuse of police power, the casual dehumanization of the Other — to feel of-the-moment. But Kushner makes subtle work of making sure they resonate. In one scene, Riff and his peers are called “the last of the can’t-make-it Caucasians”; later, he’ll complain of waking up every day in a world that’s being “sold or wrecked or taken over by people I don’t like.”

Despite their crystal-clear relevance, none of these feel like soapbox speeches in a film whose greatest achievement might be its surpassing gracefulness, whether in the form of the performances, Kushner’s pointed but never polemical writing, or Janusz Kaminski’s extraordinary cinematography, which travels with swooping abandon through New York’s city streets, gives the dance numbers plenty of time to unfurl, and, at one point, turns a rain puddle into a magical, even sacred space.

Spielberg and Kaminski have enjoyed a fruitful collaboration for decades, but their work on West Side Story brings the partnership to breathtakingly poetic expressive heights. (Adam Stockhausen’s production design is just as rich, whether in the form of multicolored fabrics that form a romantic scrim in one scene, the latticework of fire escapes that serve as so many Juliet balconies, or the rows of comic books that remind viewers of the moral panic that the original West Side Story reflexively perpetuated.)

Grace, too, informs what might be West Side Story’s most shattering scene, in which Spielberg gives the show’s most beloved song — “Somewhere” — to a different cast member than the original. Here, a ballad of longing and fragile possibility takes on a deeper dimension, one of hope but also of rueful what-might-have-been. It’s a magnificent, deeply moving moment — one that demonstrates that interpreting a flawed masterpiece need not always be an act of reinvention, or even just glorious resuscitation. It can also be an act of long-deferred and much-deserved reclamation.

If so 'fabulous' why is the box office money so horrible?