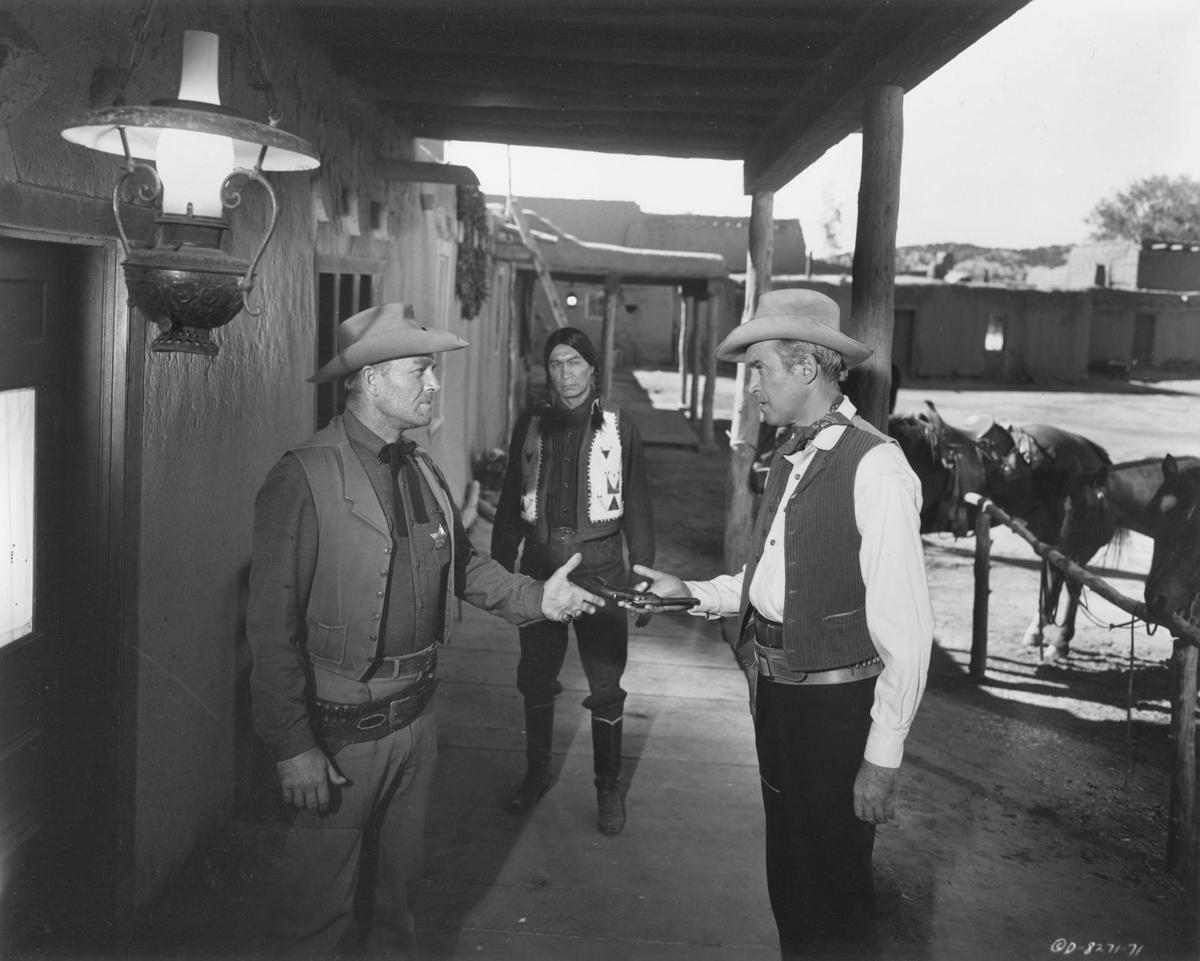 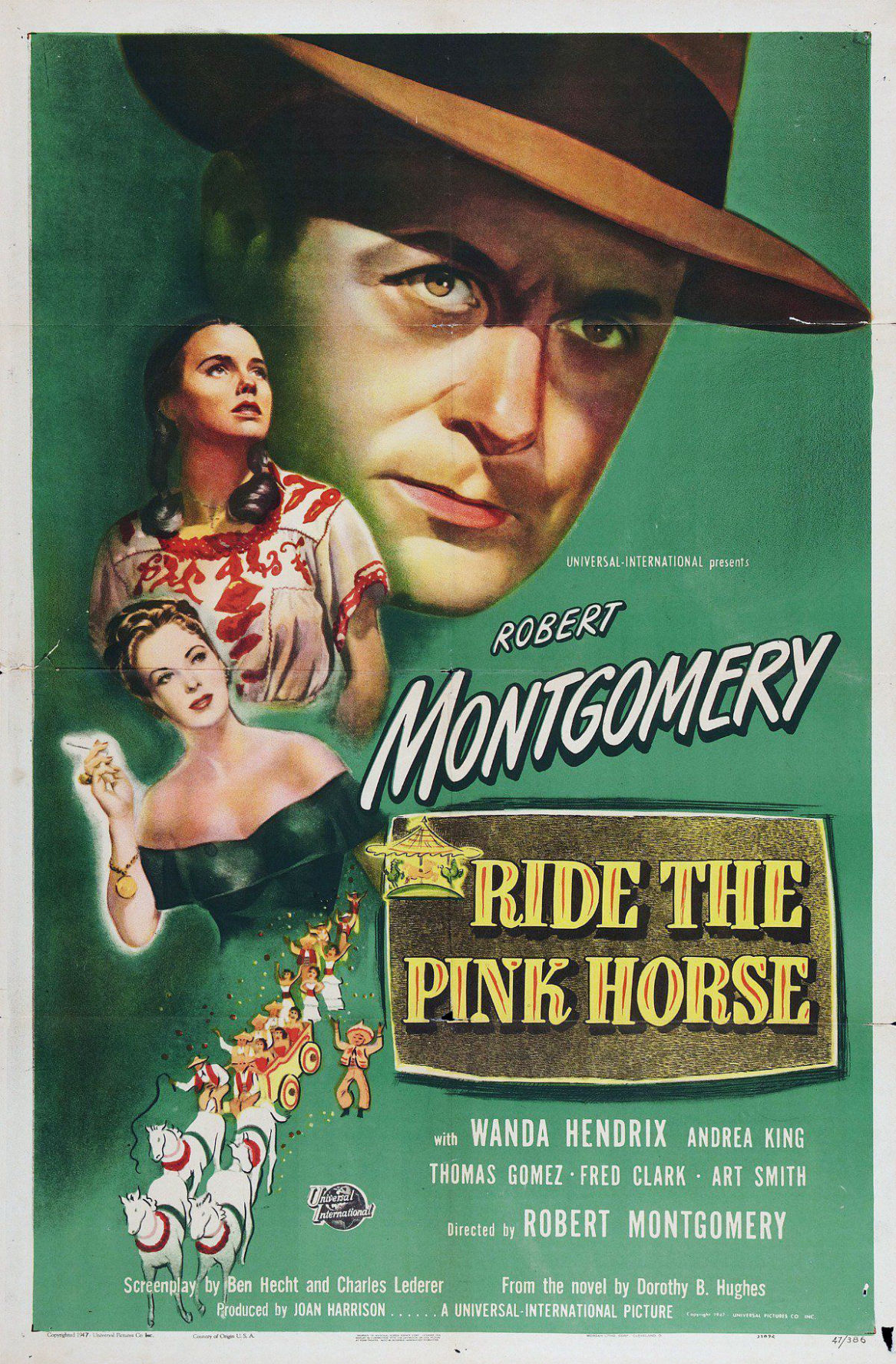 If it feels stagnant cramming in old episodes of sitcoms, try catching up on some readily available films made in New Mexico. Beginning in 1898, New Mexico has hosted hundreds of films and television shows, so there are a lot of options to choose from. Below is a small sample. Watch them at home, and when the day comes that it’s safe to travel, consider a road trip to see where these projects came together.

The third film in the quadrilogy about the swashbuckling archaeologist features a flashback in which the young Indiana Jones recovers a historical artifact from a Southwestern cave. (The character would later inspire a television show, but this was his first appearance in the Indiana Jones universe as conceived by George Lucas and directed by Steven Spielberg.) River Phoenix, playing Jones, jumps onto a passing circus train to escape the bad guys on his tail. Then, he falls into a train car filled with snakes, and his signature fear is born. The train itself is actually the Cumbres & Toltec Scenic Railroad, which operates out of Chama, New Mexico. The historic narrow-gauge line celebrates its 50th anniversary this year and is scheduled to run trips from mid-May to mid-October. Indiana Jones and the Last Crusade can be streamed on Netflix.

Based on the novels by Craig Johnson, the series was shot in and around Santa Fe for six seasons. The titular character, played by Robert Taylor, is a hardscrabble Wyoming sheriff living in a rustic cabin in the mountains. The cabin is actually one of the historic homes at the Valles Caldera National Preserve in the Jemez Mountains. During summer months and regular operating capacity, the preserve offers occasional film tours of the caldera. Longmire, which originally aired on A&E Network, was canceled and then resurrected by Netflix, where it can currently be found.

Movie studios and distributors are rushing theatrical releases to streaming and on-demand video services weeks and months ahead of schedule.

Jimmy Stewart headlines in this dark and moody Western inspired by Shakespeare’s King Lear. The film marked the last collaboration between Stewart and director Anthony Mann. They had, to that point, worked together successfully on a handful of Westerns. The film was the first to be made at what is now Bonanza Creek Ranch. The area was a working cattle ranch at the time, and the success of The Man from Laramie made it clear that movies could be an additional source of revenue. Although other Westerns returned to the ranch, the permanent movie town did not arrive until decades later. The Man from Laramie can be rented from Amazon.

The highest-grossing film made in New Mexico is also one of the biggest blockbusters ever made. Much of the film, which was directed by Joss Whedon, was shot at Q Studios in southern Albuquerque, but the city’s Rail Yards became a de facto secondary studio. Inside the old train repair facility, the crew built a slice of New York where aliens do battle with the band of heroes. The production also decorated the exterior of the building to resemble a city in India. One of the most frequented filming locations in the state, the Albuquerque Rail Yards appears in scores of films and television shows. The massive brick edifice also hosts farmers’ markets on Sundays from May to October. The Avengers is streaming on

Director Robert Redford’s passion project was shot partially in Truchas, New Mexico, on the High Road to Taos. Based on the novel of the same name by Taos local John Nichols, the film tells the story of an aggressive property developer and a class-based struggle for water rights. The dramatic, magical realism of the film did not necessarily sway critics at the time, but it makes for an attractive commemoration of New Mexico’s high country. In addition to visiting Truchas, try reading Nicholl’s satiric send-up of the making of the film, “Night of the Living Beanfield: How an Unsuccessful Cult Novel Became an Unsuccessful Cult Film in Only Fourteen Years, Eleven Nervous Breakdowns and $20 Million,” which appears in his collection of essays, Dancing on the Stones: Selected Essays (2000), University of New Mexico Press, 256 pages. The film is streaming on Starz.

Director John Milius’ gun-toting ode to American bravado was shot around Las Vegas, New Mexico. The invading Communist forces that lay siege to the small town make their base of operations at The Castañeda Hotel. Once part of the Harvey railroad accommodations empire, the hotel has been recently restored and reopened. (Las Vegas itself has a history of filmmaking that extends back to the silent era. Director Romaine Fielding and Western star Tom Mix both established film studios in the area.) Red Dawn is included in the basic Amazon Prime package of films.

Based on the Dorothy B. Hughes book of the same name, this strange noir film features Robert Montgomery as a gruff war veteran searching for vengeance and money. Montgomery directed and starred in the film. Joan Harrison, who also worked with Alfred Hitchcock, produced the film. Playing Lucky Gagin, Montgomery travels to a fictionalized version of Santa Fe where he crosses a shadowy gangster. He also gets an earful on the meaning of Zozobra and comes face-to-face with Old Man Gloom himself. Many of the scenes in the film feature La Fonda on the Plaza. Not available for streaming, but worth the effort for an old-fashioned rental from the Netflix DVD service.

The buddy road-trip comedy, directed by Walt Becker, has a rare distinction in New Mexico: It inspired its own brick-and-mortar retailer. Martin Lawrence, John Travolta, William H. Macy, and Tim Allen star as middle-aged weekend riders who come face-to-face with a real biker gang. The film was shot in Albuquerque and near the Valles Caldera, among other locations. But, in Madrid, the crew built a diner façade. The fictional diner is operated in the film by Marisa Tomei and provided the backdrop for the heroic stand-off at the end of the film. The building remained standing after the end of principal photography and is still standing today. Wild Hogs is streaming on Cinemax.

Jason Strykowski is author of New Mexico Film Locations: An Insider’s Guide, due out from the University of New Mexico Press in mid-summer 2021

Nice work! I would just like to add another epic but very obscure 1962 film: Lonely Are The Brave. This stars Kirk Douglas as a cowboy who can't adapt to modern times. Eventually he's running from the law and ends up pursued by Sheriff Walter Matthau and a copter up the side of the Sandias, revealing stunning backdrops of the NE Heights of Abq when it was still a sparse checkerboard of subdivisions. Other dramatic scenes on 4th Street and 66 in Tijeras Canyon. To my knowledge it's only available on Netflix DVD though it did pop up on free over the air TV recently.

Also a word for Red Sky At Morning (not to be confused with Red Dawn), the 1970 film of the Richard Bradford coming of age novel, filmed all in and around Santa Fe. But finding that nowadays will not be easy.