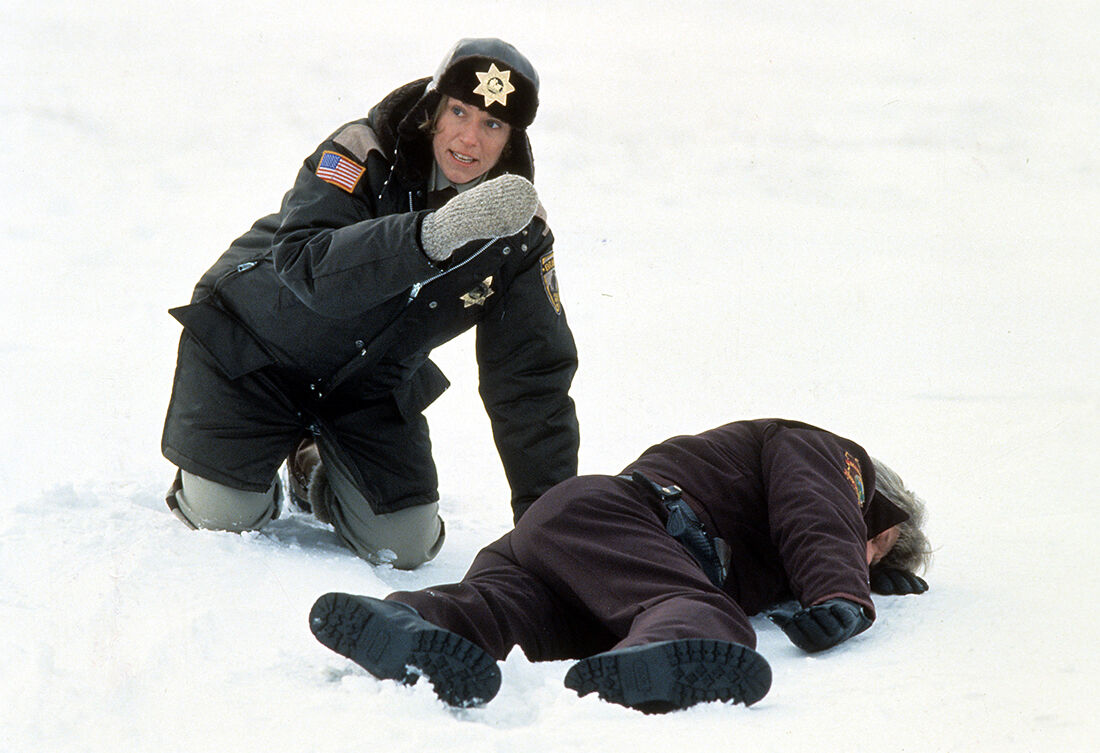 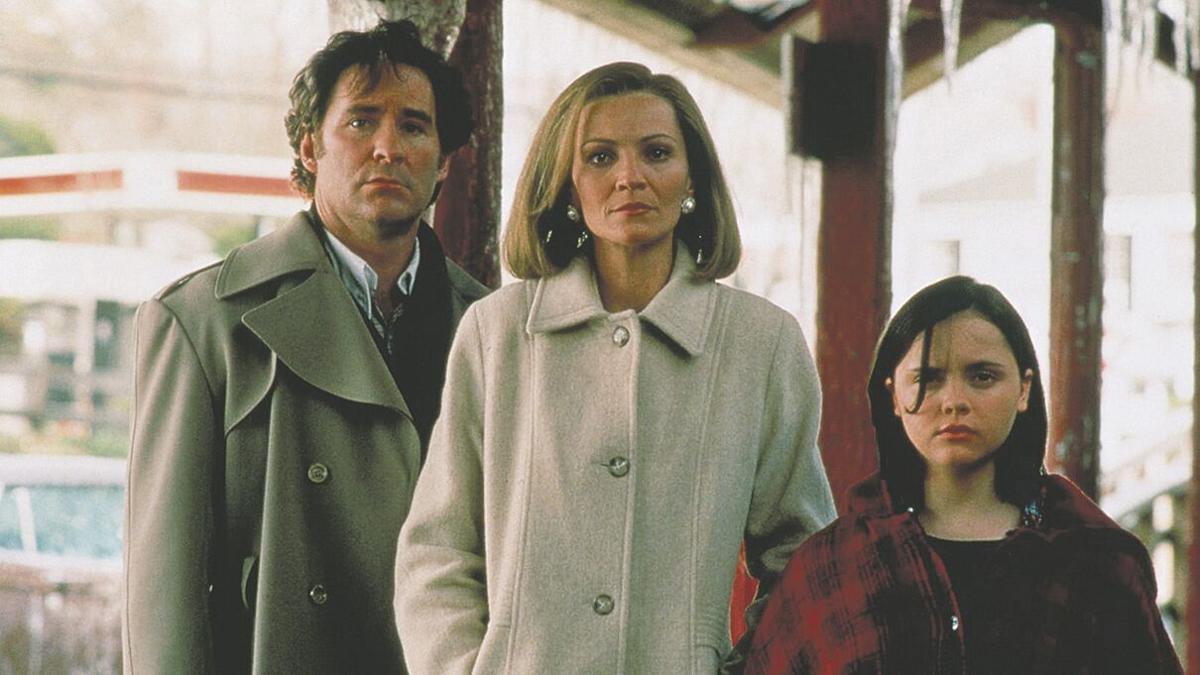 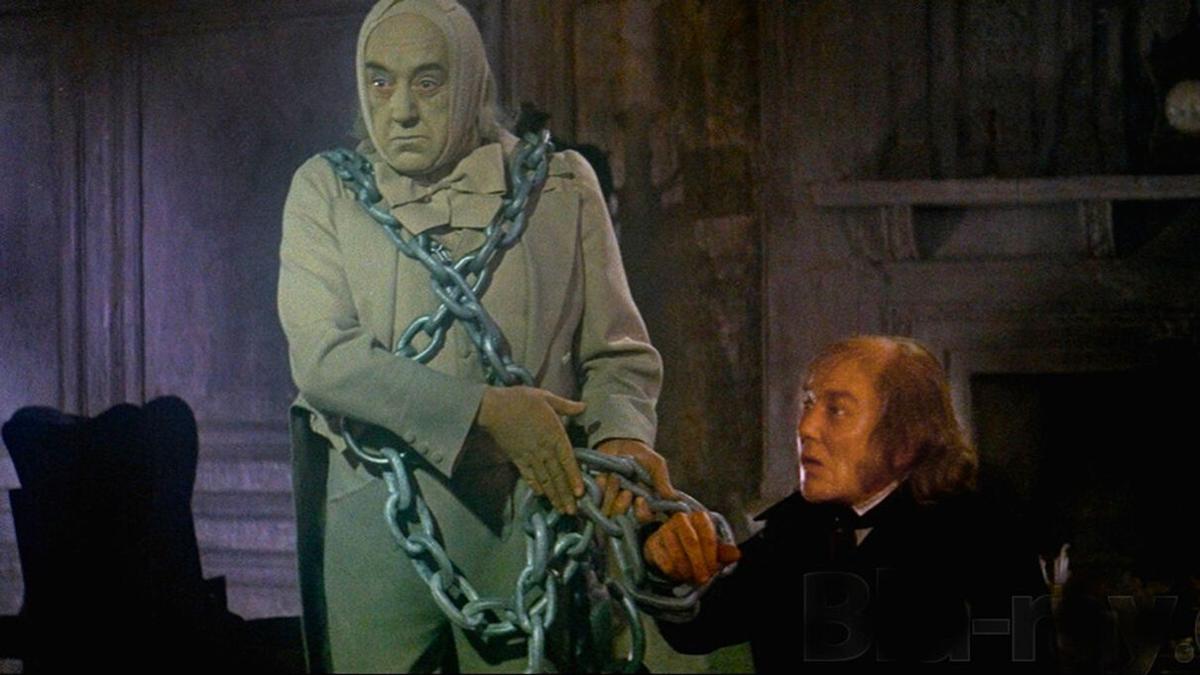 Pasatiempo staff writers recommend settling in on a chilly evening with the film classics Fargo, The Ice Storm and Scrooge.

Deep in debt, sad-sack car salesman Jerry Lundegaard (William H. Macy) travels from Minneapolis to Fargo, North Dakota, where he hires two goons (Steve Buscemi and Peter Stormare) to kidnap his wife, Jean. Jerry’s plan is to hit up Jean’s wealthy father for an enormous ransom and keep most of it himself while paying a pittance to the crooks for her return.

Jerry’s no better at crime than he is at car selling, and everything soon goes wrong across the icy plains of the upper Midwest, vistas where snowy ground and snowy skies merge imperceptibly in the distance. (Ironically, 1995 was a year of very little snowfall around the Twin Cities, so some scenes were filmed much farther north, and others had overlays of artificial white stuff.)

Filmmakers Joel and Ethan Coen grew up in a Minneapolis suburb, and Fargo is in part a paean to the “Minnesota nice” qualities of their home state’s residents. Here, it’s juxtaposed with brutal violence to create some of the blackest humor in recent film history, delivered with “don’cha know” understatement, taciturnity, and spot-on accents by the cast.

Unfortunately for Jerry, his hit men head towards Brainerd, about 100 miles north of the Twin Cities, where their unplanned killing spree is investigated by sheriff Marge Gunderson (Frances McDormand, in an Academy Award-winning performance), who is seven months pregnant. Marge seems to be the apex of Minnesota nice, but despite her innocent demeanor she’s a first-rate sleuth. She eventually tracks down the hit men to a rustic lakeside cabin where Buscemi’s body has just been fed into a woodchipper by his former accomplice, whom she captures, and then has Jerry arrested as he tries to flee into North Dakota.

Fargo was a genre-busting film (Rotten Tomatoes categorized it as a mystery-thriller-crime-drama-comedy) and its wildly eclectic nature is summed up in two important guest appearances — one by José Feliciano performing in a cheesy nightclub and the other by a 24-foot-tall Paul Bunyan statue. — Mark Tiarks | For The New Mexican

In The Ice Storm, all the women are on the verge of a nervous breakdown. It’s 1973 in New Canaan, Connecticut, and Elena Hood (Joan Allen) doesn’t want her husband, Ben (Kevin Kline), to touch her. His dry neck kisses and fingers creeping along her arm as she tries to fall asleep don’t do it for her anymore. She gets more joy from watching the freedom exhibited by her 14-year-old daughter, Wendy (Christina Ricci), as she rides her bike through town.

Wendy’s older brother, Paul (Tobey Maguire), is expected home from boarding school for Thanksgiving weekend, a stranger coming to a strange land. Media coverage of Watergate plays in the background of many scenes in director Ang Lee’s exquisite cinematic rendering of Rick Moody’s 1994 novel. Wendy is riveted and angry; no one else seems to care.

Using a plinking, slightly mysterious score by Mychael Danna, Lee brings a spare sensibility to the upper-middle-class terrain of ultra-modern homes placed on a wooded lane, which the characters traverse on foot and in cars. The storylines revolve around experimentation with drugs and sex. A scene at a key party (supposedly common in the 1970s), at which spouses watch each other leave with their neighbors’ spouses, is the movie’s funniest scene but far from its most uncomfortable.

Over the course of the movie’s few days, and as the plot edges towards its crisis moments, the weather goes from crisp fall, to pouring rain, to frozen early winter. The men seem perpetually surprised by the women around them, just as the women display mounting anger at the men’s childlike befuddlement.

All of the acting by The Ice Storm’s all-star cast is impeccable, with Sigourney Weaver standing out for her almost inhumanly blasé portrayal of the Hoods’ neighbor, Janey Carver, with whom Ben is having an affair. — Jennifer Levin | For The New Mexican

Nary a winter season goes by where Scrooge isn’t airing somewhere on U.S. television. Bringing this live action musical version of Charles Dickens’ beloved A Christmas Carol to life is a top-notch cast led by veteran English actor Albert Finney (Before the Devil Knows You’re Dead, Skyfall). He plays Dickens’ sour old miser Ebenezer Scrooge, the misanthropic moneylender who doesn’t have a kind word for anyone, not even his loyal employee Bob Cratchit (David Collings).

But after the ghost of his former partner, Jacob Marley (Alec Guinness), presages a visit by the ghosts of Christmases past, present, and future on one fateful Christmas Eve, Scrooge has an opportunity to redeem himself.

Though only 36, Finney made for a thoroughly convincing surly old man, which is a testament to his talent. We are offered a glimpse of a more youthful Finney in a flashback, courtesy of the Ghost of Christmas Past (Edith Evans), when he made the dire mistake of forsaking true love in favor of money. And it’s in these moments that we begin to feel some sympathy for the miser, who is clearly capable of love.

The film shows the whole story of how he went from a young romantic to a man who croaks out lines like, “I hate people, and I don’t care if they hate me.” Finney, an alumnus of London’s Royal Academy of Dramatic Art, doesn’t so much sing as speak his lines in some of the musical numbers, but his performance is driven by its dramatic arc and not his ability to carry a tune. Fortunately.

The musical numbers are catchy, particularly the Ghost of Christmas Present’s (Kenneth More) “I Like Life,” where Scrooge forgets his dour demeanor for an instant and actually begins to enjoy himself while indulging in a heady liquid ambrosia. The most moving number belongs to Cratchit’s young son, the crippled Tiny Tim (Richard Beaumont), who sings:

On this beautiful winter’s morning

If my wish could come true somehow

Then the beautiful day that I dream about

Would be here and now

The harrowing sequence where Scrooge enters the caverns of Hell is often edited out of television broadcasts but doesn’t add much to the narrative anyway. One thing you won’t forget is Marley’s ghostly appearance, burdened by the heavy chains he forged in life. A similar fate awaits Scrooge unless he can summon the will to change his ways. — Michael Abatemarco | The New Mexican