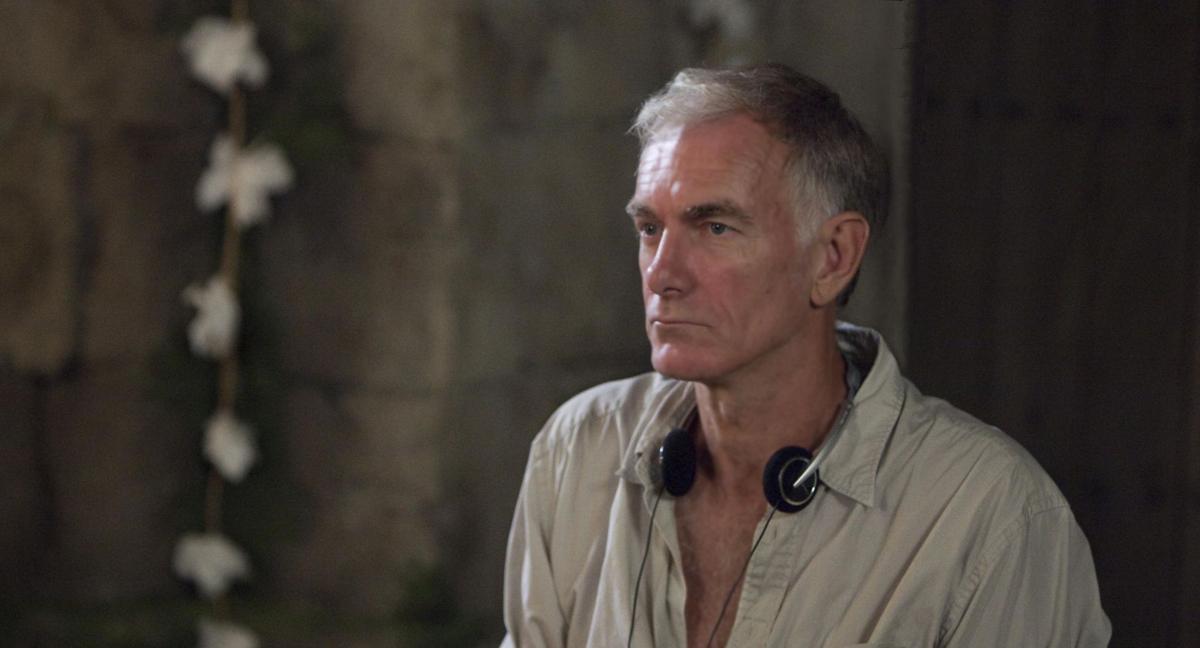 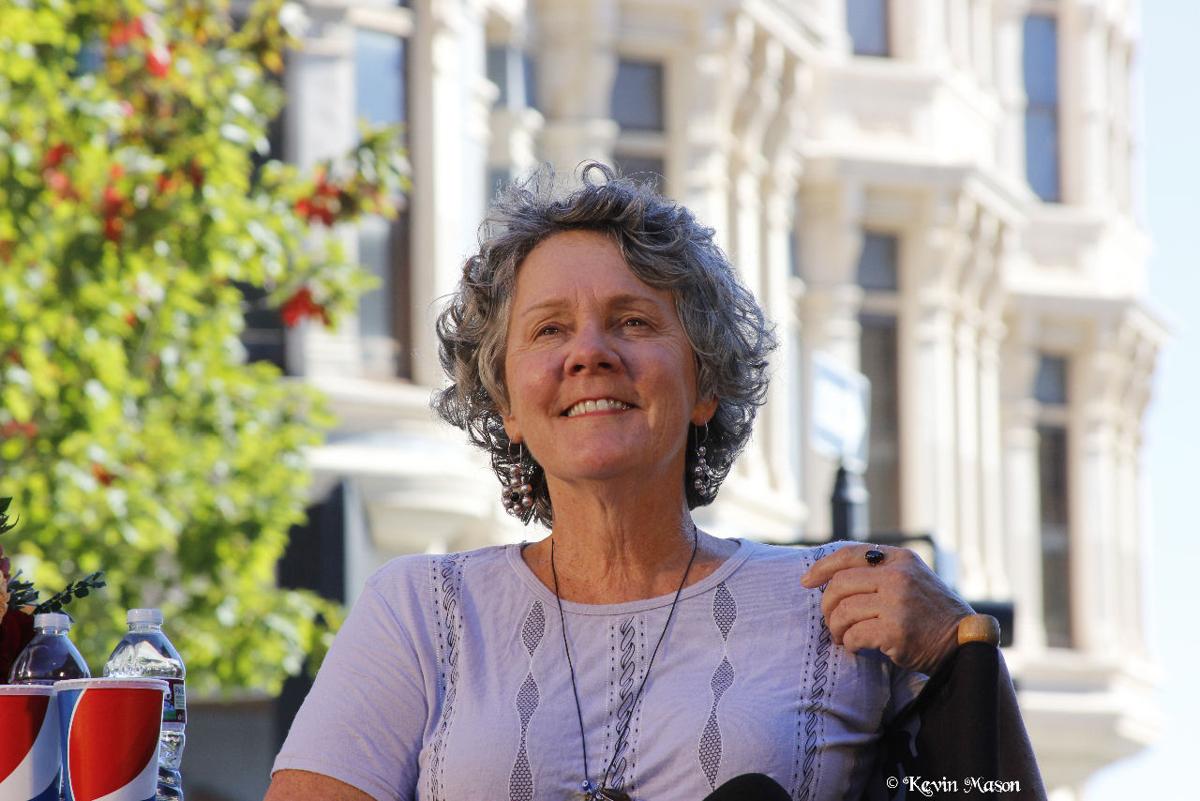 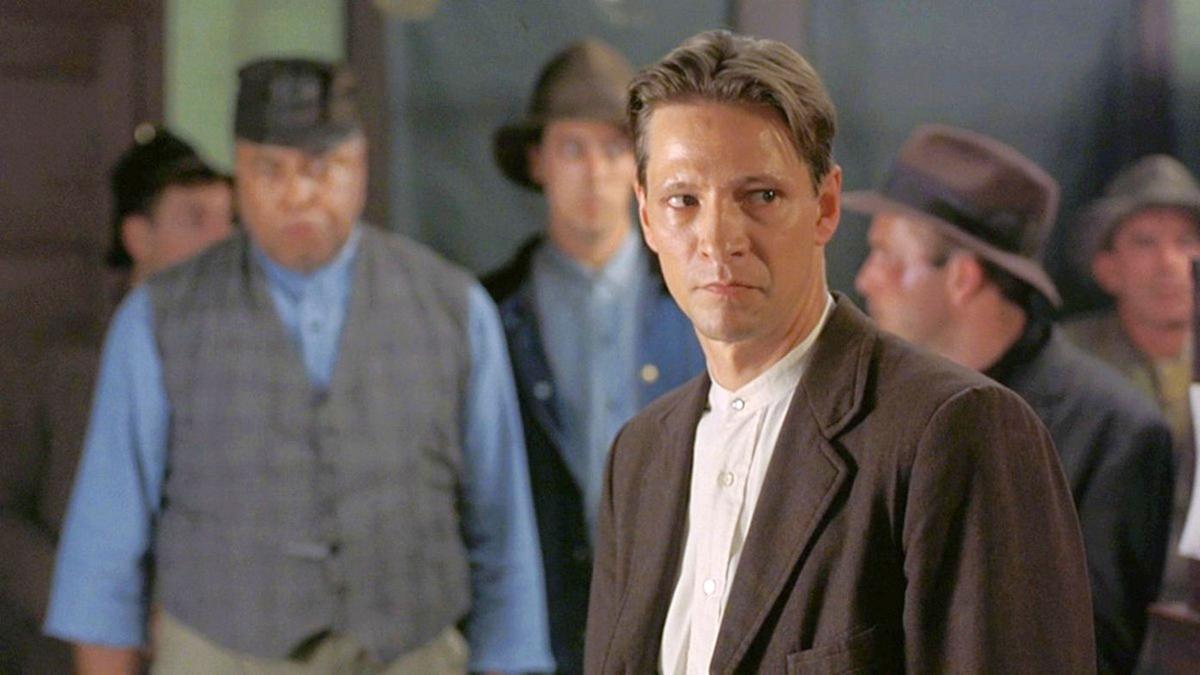 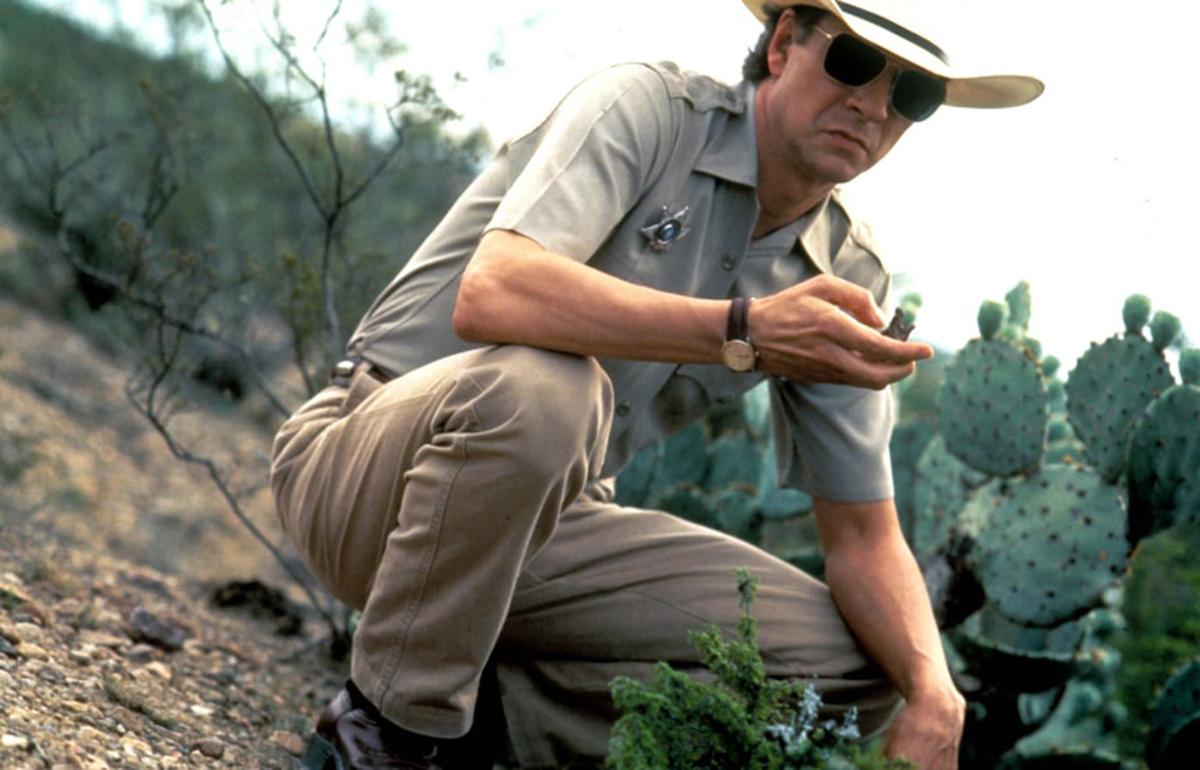 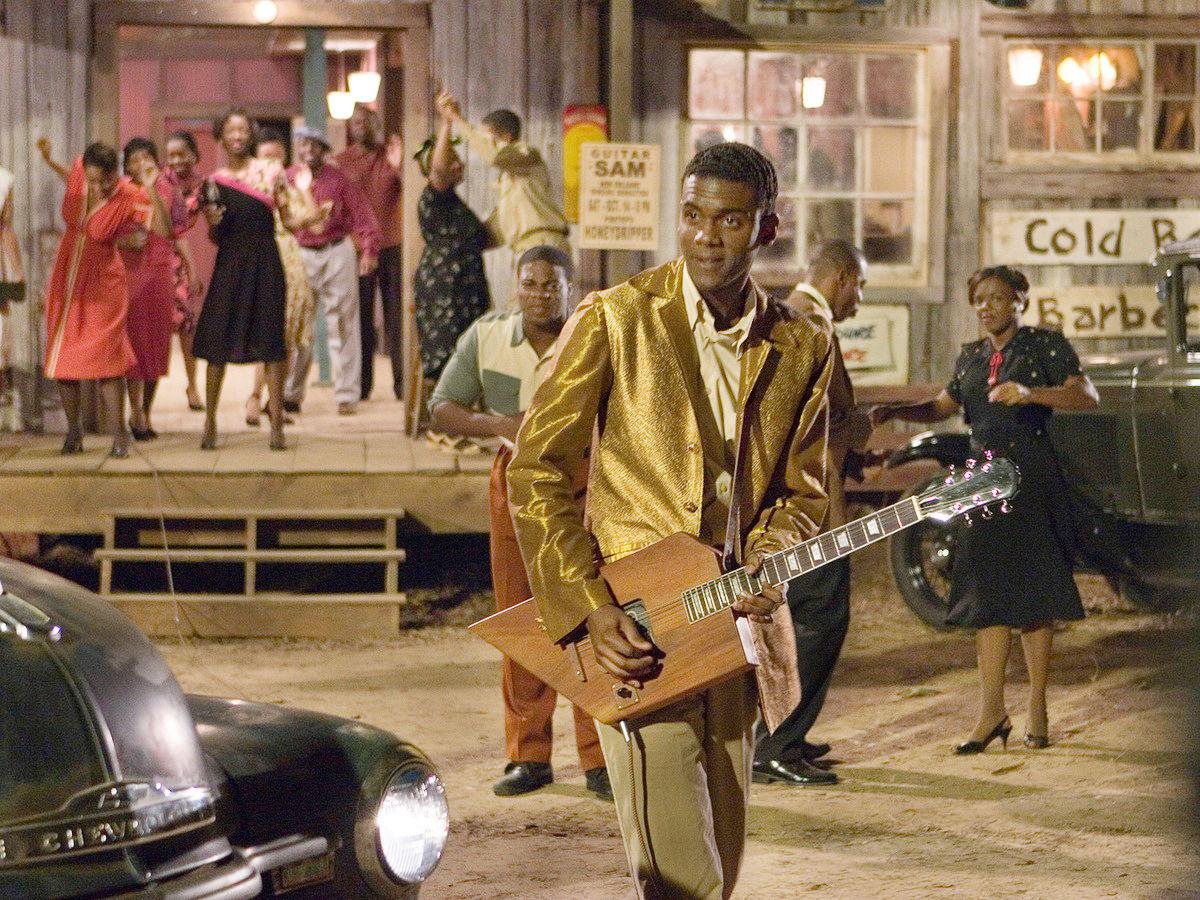 Director John Sayles and his partner, producer Maggie Renzi, are heading down New Mexico way, and they plan to stay awhile — for business and for pleasure. First, they’re being honored with lifetime achievement awards from the Santa Fe Independent Film Festival on Friday, Oct. 20, at the Lensic Performing Arts Center. There, they will introduce a 35-mm screening of their 1996 movie Lone Star. That quirky, provocative story of cross-cultural misdeeds and subsequent reckonings set in a Tejano border town won Sayles’ script an Oscar nomination and spearheaded a vanguard of independent filmmaking in the 1990s.

Through this coming spring, they’ve got designs on shooting a new movie, too — mainly, given the state of indie cinema these days, for the fun of it. Renzi makes no bones about their need to raise money for the project. “Chris Cooper will play Pat Garrett, and if anybody in New Mexico would like to give us money, they’d be giving it to award winners, lifetime achievers!” she said cheekily over the phone.

Sayles is adapting a screenplay, Pasó Por Aquí, from a classic novella by Western writer Eugene Manlove Rhodes, which was serialized in the Saturday Evening Post in 1926. The story takes its title from conquistador Juan de Oñate’s April 1605 inscription in the rock at El Morro, the first notation there by a Spaniard. Rhodes’ story concerns a cowboy who robs a bank and immediately regrets it, hightailing it to Mexico with two posses in hot pursuit, including one led by Garrett, who grows to admire the cowboy’s wily ways as he tracks him across the desert. (A 1948 adaptation, Four Faces West, starred Joel McCrea.) The couple plan to film at movie ranches around Santa Fe, as well as locations in Ruidoso, Lincoln, White Sands, Fort Stanton, Bernalillo, and Puye.

“It’s kind of a road movie,” Renzi said. “I’m looking forward to getting to know New Mexico better. That’s one of the things that’s so much fun about the kind of filmmakers that we are, is that John and I are now setting off for our New Mexico adventure. I have lived in Alabama, Florida, Alaska, and now New Mexico. When it’s four months, which is what it turns out to be, and you have to find a place to live, you get to know your neighbors.” Renzi has acted in several Sayles movies, including Matewan, Eight Men Out, and Passion Fish, but now, she said, “I just get to be a producer, which is in some ways slightly more dignified — Harvey Weinstein aside.”

After the couple graduated from Williams College, where they met in the early 1970s, they collaborated on the 1980 film Return of the Secaucus 7, which Sayles wrote and directed and in which Renzi starred. It’s the story of a reunion of college friends that is widely thought to have inspired 1983’s The Big Chill. A late-’70s Sayles script titled Night Skies is also said to have sparked two other major films of the early 1980s, ET and Poltergeist. In 1984, Sayles wrote and directed the Renzi-produced The Brother From Another Planet, a groundbreaking satire of race relations that screens Saturday, Oct. 21, at the Center for Contemporary Arts. Three years later, the pair made Matewan, which features the film debut of their frequent collaborator Chris Cooper (who is also in Lone Star).

That 30-year-old movie, which dramatizes a pivotal 1920 West Virginia miners’ strike, marked a turning point in the couple’s professional trajectory. “We were just in West Virginia showing Matewan,” Renzi said wistfully, “and, you know, walking hand in hand — that is a real memory lane for both of us. The experience of being in our mid-thirties, making a movie so much more ambitious than anything we had yet made.” She said locals were grateful for the film’s attention to — and subsequent consciousness-raising of — the early 1920s coal mine wars in the region. At the time the duo were making the film, Renzi said, “There wasn’t so much as a plaque in Matewan. And now there’s a mine wars museum. People were giving us credit all weekend for the conversation they had with their grandfather, and finally getting to talk to their mother about why she would never say anything — and what’s better than that?”

Separately and together, the pair have been prolific in their 40-plus years of filmmaking, splitting their time these days between Hoboken, New Jersey, and New York. Sayles was the genius behind several iconic mid-’80s Bruce Springsteen videos (Glory Days, I’m on Fire, Born in the U.S.A.), and has authored four novels and two collections of short stories. He also wrote and directed Eight Men Out (1988), the drama starring John Cusack that told the story of the 1919 Black Sox World Series scandal (in which Sayles played Ring Lardner). The duo went on to make the 1992 drama Passion Fish, for which Sayles earned his first Best Screenplay nomination from the Academy, as well as The Secret of Roan Inish (1994), Sunshine State (2002), Honeydripper (2007), and 2010’s Amigo, among many other films.

Regarding their partnership, Sayles said, “She doesn’t necessarily like everything I do — and she didn’t produce a couple of the movies that I’ve made.” Renzi said, “Well, he expects me to do everything, and that’s the challenge of being a producer. When heads look up around a table, somehow they all — it seems to me — are looking to the producer to, um, get that thing done.” The pair have fostered such a fiercely loyal group of collaborative actors and crew members, including Cooper, that Renzi said of plotting a new project, “Sometimes it’s more like planning Thanksgiving. People say you should never work with the people you love, but in my case, that turns out to be really not true.”

Sayles and Renzi’s social consciousness is a hallmark of their filmmaking. “We were raised to do social service in one way or another in my family — that’s what we do,” Renzi said. Sayles’ capacity for empathy, along with a keen eye for inequity and discrimination, run through all of his scripts. He said he always asks one question: “ ‘If people are acting this way, what can possibly be going through their minds?’ When I was a kid, my mother’s parents lived in Hollywood, Florida. So I saw Miami before, during, and after the Cuban revolution, and all of a sudden there was this whole new community in Miami and a lot of them didn’t speak English. I just remember wondering, as a kid, what’s it like for them? They’re walking on the same beach, they’re walking down the same street but obviously they’re coming from a really, really different place.” Renzi said, “He never was interested in writing about himself.”

Renzi and Sayles are frank about the harsh blow that the rise of streaming services — and the lack of revenue for filmmakers therein — has dealt to independent cinema. “There is no ‘independent films’ anymore,” Renzi said. Lone Star in particular benefited from a long afterlife of VHS sales, a now-obsolete business model; DVD sales are now systematically declining on a yearly basis. “We depend now on patrons,” she said. “Patrons of the arts in a country that is not famous for its support for the arts. The fantastic thing is that the film festival circuit in this country has actually grown. It is a way to meet people who support the arts. It is a great way to reconnect to our audiences — because they used to all get together in a theater.”

But Sayles and Renzi remain starry-eyed about the pleasures, if not the business, of movies. They spoke eagerly about the rising career of director Karyn Kusama (The Invitation) — whose 2000 debut Girlfight was co-produced by Renzi and Sayles — as well as the movies of fellow indie stalwarts Mike Leigh, the Coen brothers, and Ken Loach. Looking ahead to his new film project, Sayles said, “I went to the drive-in when I was a kid with my family, and my favorite movies were Westerns because they were in color. They were more active than the black-and-white movies, and I was a kid and I got them. There’s something in those Westerns that is about values, that I think is positive, and I found it in this story.” He added, “There’s not many people in it, no big crowd scenes, and most of it’s just out in this raw country. It’s kind of a slow-motion chase, so you don’t have to build a lot of sets.”

Movie ideas come and go, however, with the tides of funding. The couple recently scrapped an idea for another New Mexico-set film that would have focused on an Indian boarding school. But Renzi sounded blithe about both their failures and successes, preferring to reflect fondly on the couple’s long-entwined professional and personal lives. “We are co-conspirators now for — well, we’ve been together since 1973 — so it’s a long time to have been planning things together. They are our biggest life experiences, you know. So it’s not only our future, but it’s our memories.” ◀

This year’s festival continues through Sunday, Oct. 22, with an array of special events, including parties, panel discussions, and award presentations, in addition to screenings. For information, visit www.santafeindependentfilmfestival.com or call 505-349-1414.

Arthur Miller once said that people lived and loved in the silences between all the talking. The American playwright (1915-2005) wrote works that often show the venal underside of American society, culture, and families in an effort to reveal the impossible — the truth. Now his daughter, filmmaker Rebecca Miller, seeks the truth behind Miller in her documentary.