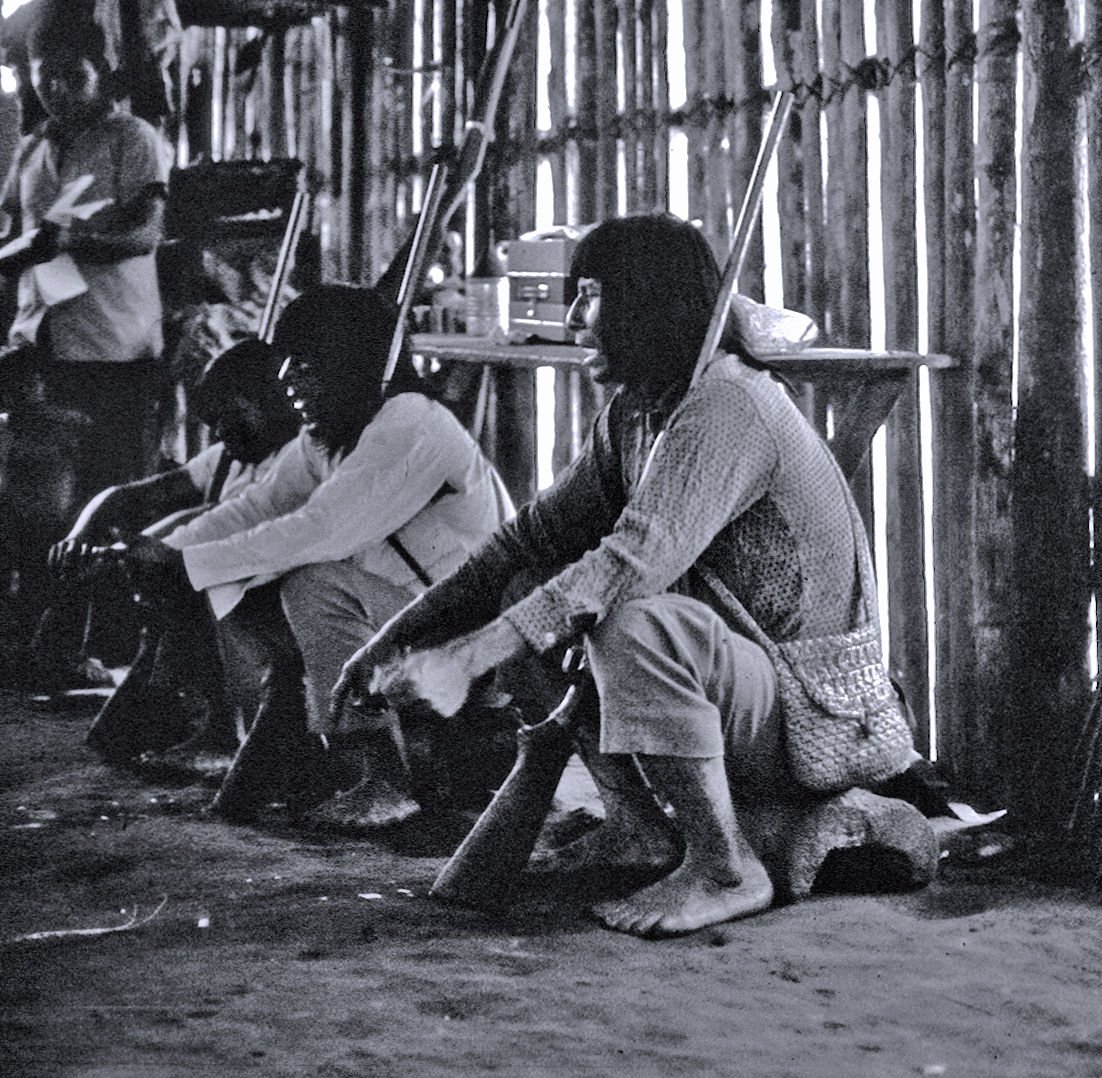 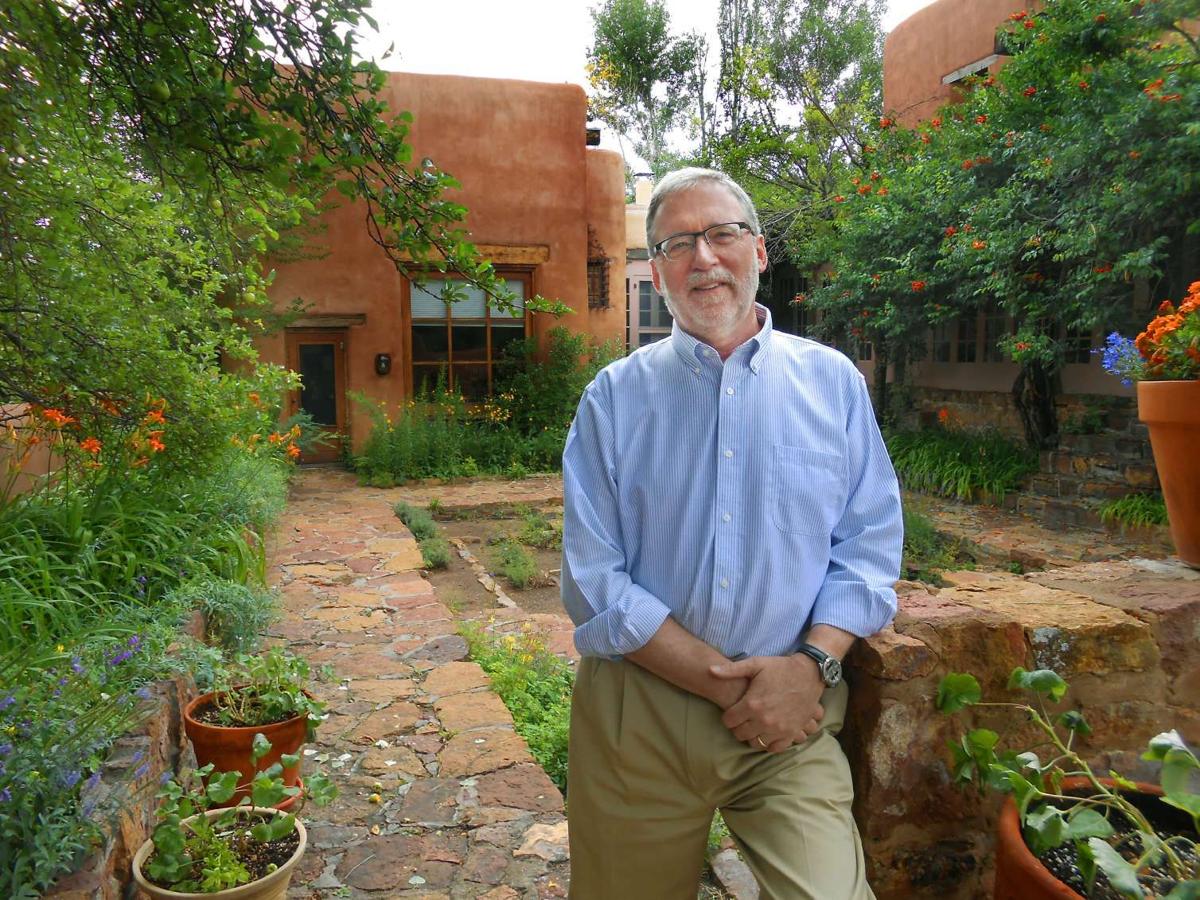 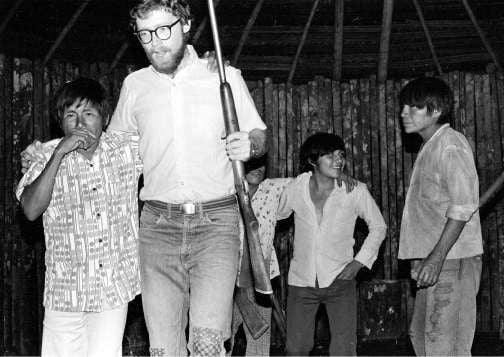 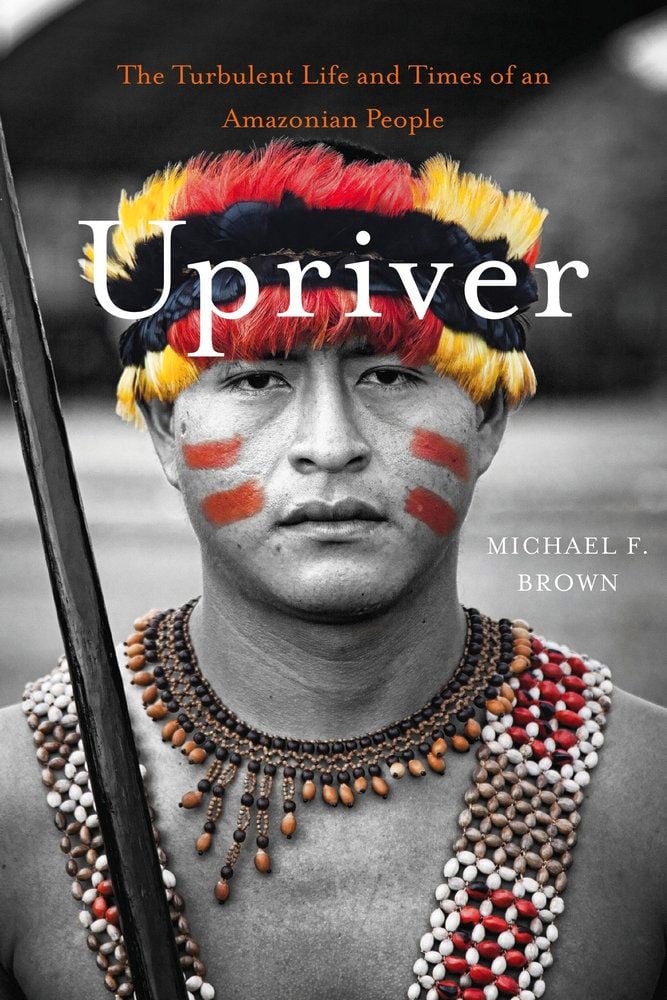 Michael F. Brown, the recently named president of the School for Advanced Research, came to Santa Fe from about 2,000 miles east, after shifting into emeritus status as Lambert Professor of Anthropology and Latin American studies at Williams College in Williamstown, Massachusetts. Why the change? “Because of SAR’s storied past, its recent successes, and its promising future,” he said in a “President’s Message” posted on the school’s website in June. “SAR’s location in our nation’s most culturally vibrant state capital was another factor pulling me west.”

A childhood move from Massachusetts to Dallas may have given Brown a predisposition to leaving secure circumstances for something more adventurous. This was repeated (in decidedly more dramatic form) in his 1976 move to the Amazon rain forest in Peru, where he lived for more than two years with the Aguaruna tribe, descendants of headhunters. The young anthropologist wrote articles and books about various aspects of that experience, but a more holistic account can be found in his Upriver: The Turbulent Life and Times of an Amazonian People, due out on August 18 from Harvard University Press.

“A few years ago,” Brown said during a visit by Pasatiempo to his office at SAR, “I had reached a certain age where you think about your legacy, and I thought I should digitize the thousand pages of handwritten scrawls from that time so they could be useful to others, including the Aguaruna, who call themselves the Awajún. As I was typing up the notes, I had to relive the whole experience, and 30 years later I saw things that I either ignored or hadn’t felt comfortable discussing.”

Contrasting with a little confusion and insecurity in his writings from the 1980s, Upriver contains an older man’s revelations and perceptions about the tribe, gleaned from his notes and also based on a 2012 return visit to Peru. “With the new book, I also wanted to convey how challenging fieldwork is, how confusing a lot of it is, even when to be honest about things you don’t understand. The Awajún are complex, ambitious, determined people. It’s no accident that the first Amazonian Indian to be elected to the Peruvian congress was from their community.” The Awajún today are at the forefront of the indigenous rights movement in South America.

Brown earned his bachelor’s degree from Princeton University and his Ph.D. in cultural anthropology from the University of Michigan. He has won research fellowships from the National Endowment for the Humanities, the Institute for Advanced Study, the National Science Foundation, and the Smithsonian Institution. He was a resident scholar at SAR in the late 1980s, when he worked on War of Shadows: The Struggle for Utopia in the Peruvian Amazon (co-authored with Eduardo Fernández, 1991). Among his other books are The Channeling Zone: American Spirituality in an Anxious Age (1997) and Who Owns Native Culture? (2003).

The shelves in his new office — the former dining room of a 1927 home designed by William Penhallow Henderson — are lined with hundreds of books published by SAR Press and books coming out of the school’s resident-scholar program. Asked about any favorites, he said, “The archaeology collection is spectacular. One of the most successful books is Senses of Place by Steven Feld and Keith Basso. One of the most influential titles is Writing Culture: The Poetics and Politics of Ethnography, which came out of an SAR advanced seminar. One of the first I was involved with was Dreaming, edited by Barbara Tedlock.” Brown’s chapter in that volume is titled “Robes of Sand: Order and Imagery in Aguaruna Dreams.”

“One of the seminars held just before I got here was on the problem of global obesity, and there will be a book coming out of that. One of the frustrating things is that it takes so long to produce a book, because of wrangling late contributors and all the editing and production and peer review. We’re thinking of a way of getting at least lively descriptions of the seminars up on our website within a month after the seminars.”

Another book Brown said had a huge impact on him was Sun Chief: The Autobiography of a Hopi Indian (Yale University Press, 1942) by Don C. Talayesva. “What always impressed me was that, considering the difficulties Native Americans had being rounded up, almost taken prisoners, having their hair cut, having their names changed, and being shipped off to boarding schools, Don Talayesva talks about it with such good humor, with a sense of wonder rather than anger, though he has anger about certain things. In that sense there are parallels to the Awajún people I’ve studied. They have a tremendous sense of humor. They’re much more aggressive and violent than the Hopi, but they’re also generous and smart.”

He writes in the introduction to Upriver that the people were curious and not at all unwelcoming when he first appeared. “They were studying me,” Brown recalled with a laugh. “This was their chance to get up close and personal with a gringo. Something that was striking when I first met them was the sense of self-confidence of their own superiority, the sense of their own power — of their own agency, as anthropologists would say. If you have a spectrum with the highly individualistic at one end, they’re right there. I think of them as preadaptive for the 21st century. They’re forceful. They always want to be the leaders.”

Why the shift to a book about the state of spirituality in America [The Channeling Zone, 1997] after being involved in Amazonia for years? “The Shining Path [guerrilla insurgents] convinced me to work somewhere else,” he said. “There’s nothing like doing an interview while someone is pointing a very large-caliber revolver in your general direction, which happened to me in about 1990.” While he was in Santa Fe working on War of Shadows, he kept running into people involved in various forms of New Age spirituality. There were books by believers such as Shirley MacLaine and books by debunkers, but he was struck that social scientists weren’t writing about it.

“I thought it would be fun and useful to just treat channeling as if I were studying people in the Amazon,” he said. “You start from a position of sympathetic skepticism, or skeptical sympathy, and that’s actually consistent with a lot of New Age thinking: believe what’s useful to you, what resonates with you, and discard the rest. It’s a very individualistic orientation, and one of the criticisms is that it leads to narcissism. I didn’t find very much of that. What I found was a lot of imagination and creativity — sometimes undisciplined — but in some ways the people I interviewed were a lot more fun than the academics I spent time with, because these people had a kind of free-form curiosity about the world that I really admired.”

Another area of Brown’s research is the global challenge of protecting indigenous cultural property from misuse; in this category are myths, songs, artwork, religious rituals, and dance. A locally well-known example is the Zia sign. Famous for its prominence on what many believe to be the most beautiful state flag, it is a religious symbol for the Pueblo of Zia. “The pot on which the state flag was based was once held by SAR and was repatriated to the Pueblo of Zia,” said Brown, who wrote about the Zia dilemma in Who Owns Native Culture? “When Zia wrote to the state legislature asking to be compensated, my first reaction was skepticism, but the more I got into it and after interviewing the tribal chairman, it seemed a lot of it came down to just a request for respect, for permission to use the symbol.”

He saw a similar bottom line when Southwest Airlines asked the tribe for permission to use the symbol on one of its state-themed airplanes. “Permission was given and a sum was paid into a tribal college scholarship fund, but it really came down to the question of respecting people’s right to a sense of ownership and control of their religious symbols.”

Brown is digging into his new position. “There’s so much going on. It’s really exciting. You’ve heard that SAR is the best-kept secret in Santa Fe? One of my goals is to make sure it’s not secret anymore. We’re working hard to make the institution more available to people.” His “President’s Message” (at www.sarweb.org) ends with, “If you’ve never seen the SAR campus or attended one of SAR’s public events, please stop by to ask for more information. You’ll be impressed by what you see.”

“Obviously this is a scholarly community, so it’s not like we can have busloads of tourists driving through,” he said in the interview, “but I think there’s a sense of greater openness to the campus and reaching out more energetically to the public, just making people aware of the exciting stuff going on here.” ◀

Something that was striking when I first met the Awajún was the sense of self-confidence of their own superiority, the sense of their own power — of their own agency, as anthropologists would say. If you have a spectrum with the highly individualistic at one end, they're right there. — Michael F. Brown