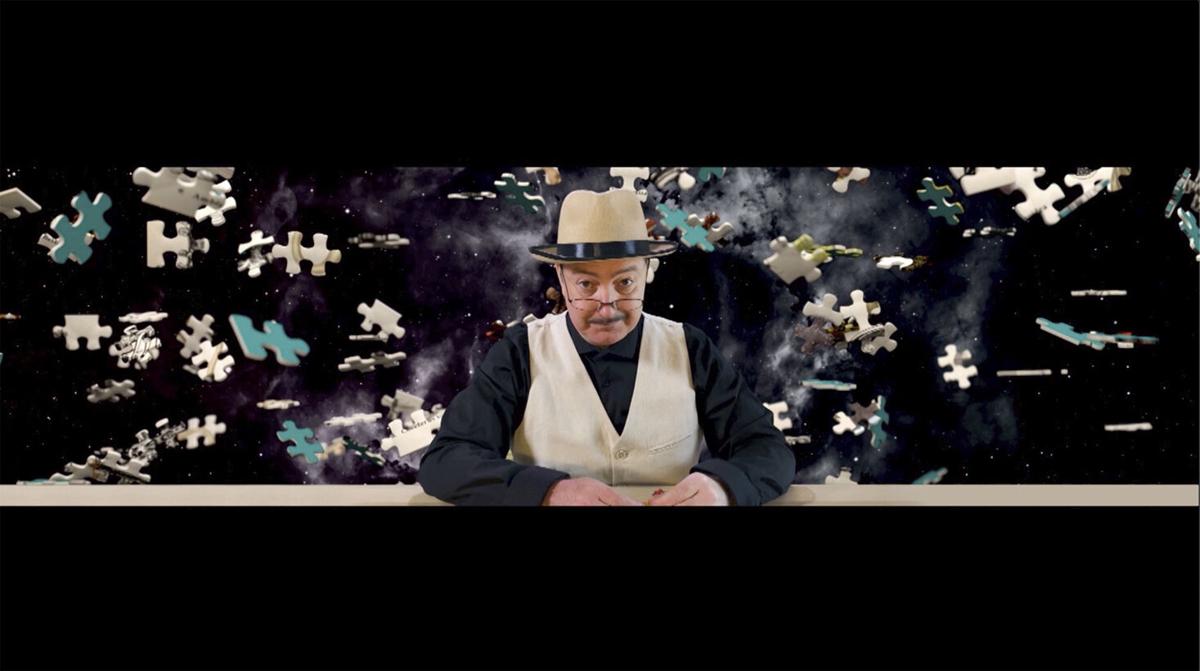 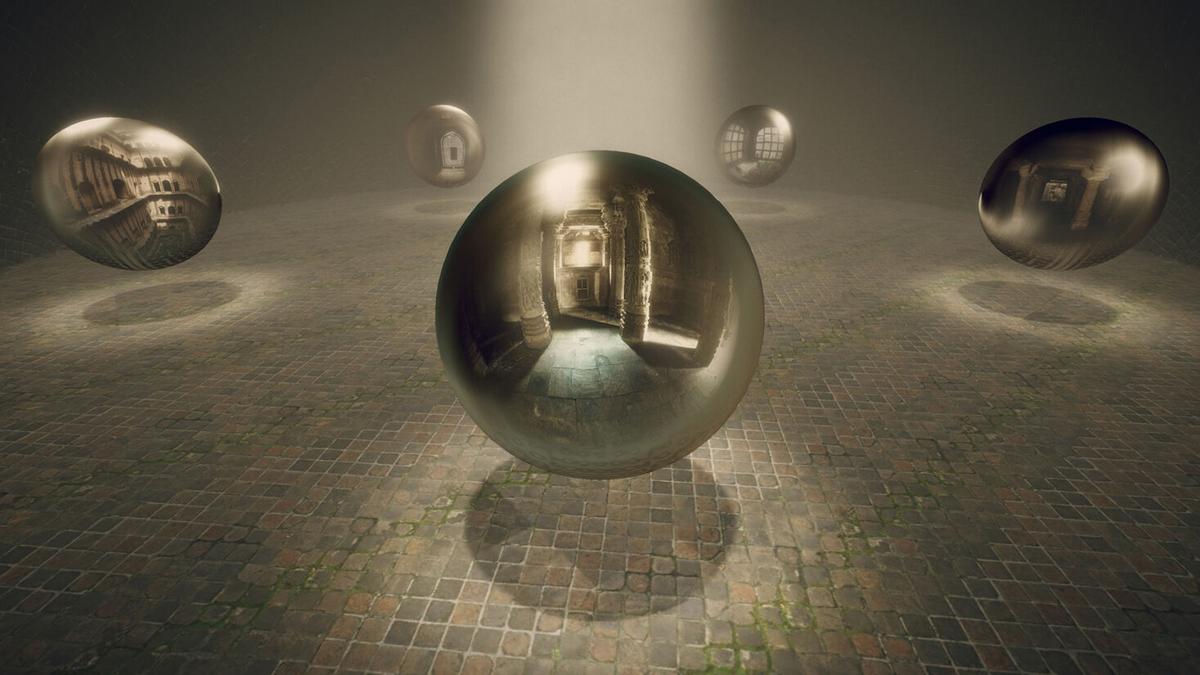 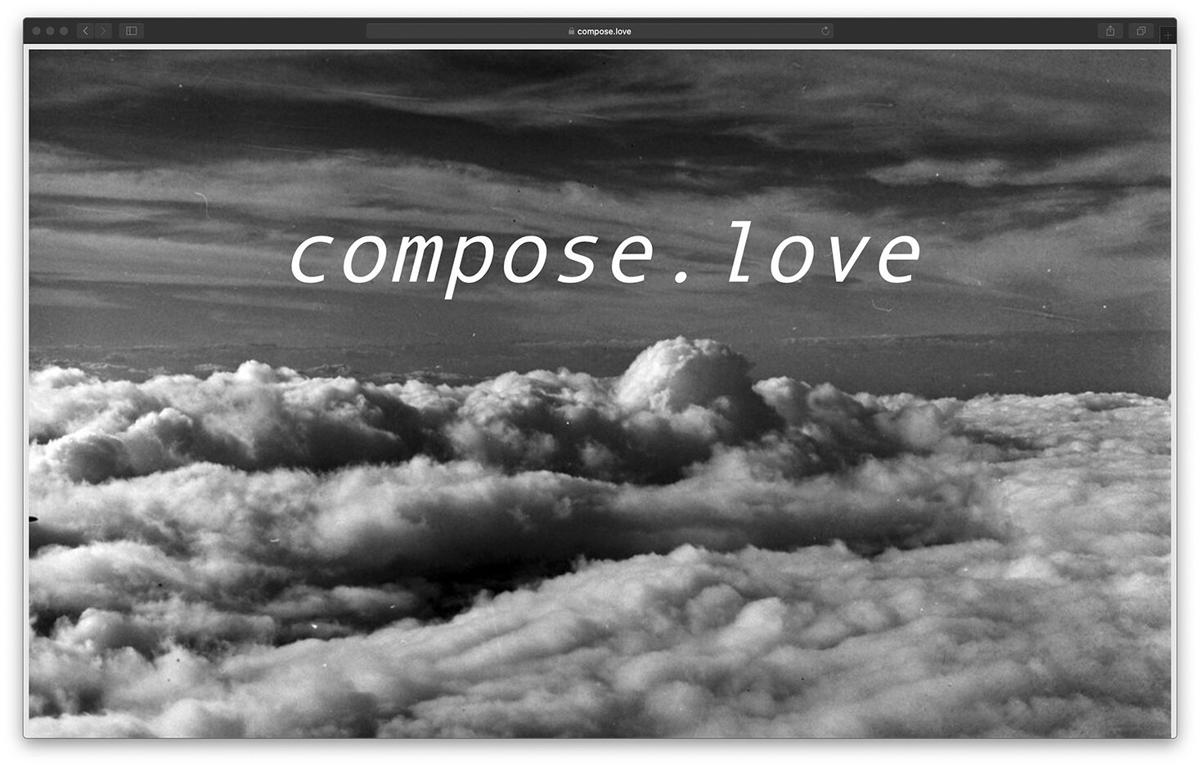 Mariannah Amster and Frank Ragano, Currents New Media’s co-executive directors, tried to push their 2020 festival back in time. When that didn’t work, they pushed it back in space. For the first time ever, Currents New Media Festival is both fully digital and completely virtual. Currents Virtual Festival 2020 launches on Friday, Aug. 21, and runs through Aug. 30. It will include virtual reality, a desktop experience, artist videos, live discussions, recorded panels, and livestreamed performances.

The virtual edition of the festival came together quickly. “It’s been pretty short order; we started this July 1,” Amster says. “We did a combination of working with artists who were originally planned for Currents 2020 and then reaching out to artists who had worked with us before.”

“My hope — and this is a beta test here — is that we’re able to create the kind of environment where people will come and spend a couple hours, checking things out,” Ragano says. If this platform works, Currents will integrate it into future events.

Reilly Donovan, a prototype developer for pro unlimited @ facebook, parent company of Oculus, and new media artist, designed the application for Currents from scratch. “It’s a multiplayer, virtual reality art gallery,” Donovan says. “It allows for people to come together in a shared environment. Especially during this CoViD crisis, it’s hard for people to see each other in person. This operates as a simulacrum of coexistence.” Donovan worked with other artists to place their work in the VR environment. Their work includes a wide range of forms, from photorealism to abstract art.

The logging-in process begins with a virtual lobby. “When people come into the exhibit they have an avatar they can select. They can see other participants and talk to them through their headset,” Donovan says.

“It’s pretty amazing. You go into this 3D world environment,” Ragano says. “And then you look up and there’s a menu with five different selections with an image of worlds created by different artists, so you pick one of those and you’re teleported to that world and you pop up in the middle of it.”

Each of the worlds is an interactive work. “For instance, one is by Bryan Whitney, and you end up in this hemisphere, like a dome, standing on this stone floor and you see these five spheres, floating in space (bottom left), they’re like nine feet in diameter relative to your size. When you walk into that sphere, suddenly you’re in the middle of a 360-degree image that the artist has created,” Ragano says.

In addition to his work on the virtual reality application, Donovan will have his art included in the online gallery. A mixed, virtual, and augmented reality creator, Donovan also works with sculpture. He calls his piece “a psychedelic extraterrestrial cabinet of curiosities you would find on an interdimensional alien space ship.”

Artist Owen Lowery also offers an out-of-body experience in his exhibit, Entering ’topia. “I wanted to do something that was creating a digital world of communication,” Lowery says. The interactive website allows people to log on and speak to text or speak to image. Lowery intentionally chose to build the website with faulty engines so that the visualization of words will not be accurate. The idea is to demonstrate the problematic nature of human communication. The website also allows people to speak with one another. “If you want to meet people on there, you can. If you want to go on and scream into the void, you can,” Lowery says.

For Lowery, the art isn’t necessarily in the installation or on the website but, rather, in the reaction it creates. “Where my art lies is in the situations that I set up,” he says. Many of those situations are intended to promote learning. “I try to create situations that foster intrinsic curiosity in children and adults alike.”

Theater director Sylvaine Strike’s interactive project Jigsaw, a livestreamed performance, was conceived after the coronavirus lockdown hit South Africa in March. The production, which involves two characters, Paul and Simon, who’ve lost touch with each other and are attempting to reconnect, premiered in South Africa’s inaugural Virtual National Arts Festival in July. The characters struggle with personal conflicts, which they mask by engaging in a debate about thermodynamics. “They piece together certain missing pieces of their lives while shooting the breeze and pretending their worlds aren’t shattered by the reality of adulthood and responsibility,” Strike says. “It’s a glimpse into how men talk, avoid the real stuff, face the real stuff.”

The 60-minute production was written by the actors, James Cuningham and Iain Ewok Robinson, and it features scenes of live performance interspersed with animations that were rendered and designed by a team called Hello Pocket.

The performers play the roles remotely from their homes. Viewers can suggest lines of dialogue by tweeting using #Jigsawtheplay, which lends an improvisational aspect to the scripted production. “This is a new idea that we have developed and hope to test within our Currents festival performance,” Strike says. “This is the first time I have ever created digital content. Directing actors via Zoom for the five-week rehearsal period was as new to me as it was to my two actors. It’s super hard not to be in the same rehearsal space, and it took time to form a new language that would translate from theater to digital. It began to form a hybrid between theater performance and film performance while being neither. Jigsaw is in an entirely new style of its own.”

Experience designer, filmmaker, and producer Zoe Sandoval’s interactive exercise in free association compose.love was developed out of her MFA thesis project {remnants} of a {ritual}, which was shown at the University of California, Santa Cruz, in 2019. The MFA project was a fully immersive, multimedia experience. “With everything switching to being online, I adapted the piece to be acceptable for these socially distanced times that we’re in,” Sandoval says. “I was thinking about ways to extract parts of the piece and still make it feel resonant and intimate as an online experience.”

As part of {remnants} of a {ritual}, participants were given prompts to write love letters that became a permanent part of the installation. The online version follows suit by inviting participants to visit the website (compose.love) and fill out an online form using single-word responses or short phrases based on prompts such as “a term of endearment,” “a feeling from your memory,” and “your current mood.” Once entered, the site generates a fully formed love letter based on users’ responses.

“It’s almost like a meditative spell-casting experience,” Sandoval says. “Everyone gets an entirely unique letter.”

The format for compose.love is modeled on online forms we fill out repeatedly as part of the daily experience of navigating the internet. “When we think of ritual, we think of otherworldliness or religious rituals,” she says. “But we enact rituals in our everyday routines. You can think of making tea at a certain time every day, because it gives you comfort, as a ritual process. Those kinds of habits and routines have helped me ground my own creative practice.”

All aspects of Currents will go live on Friday, Aug. 21. There is no charge, but donations are suggested. The full schedule and programs will be posted on the Currents website, currentsnewmedia.org.