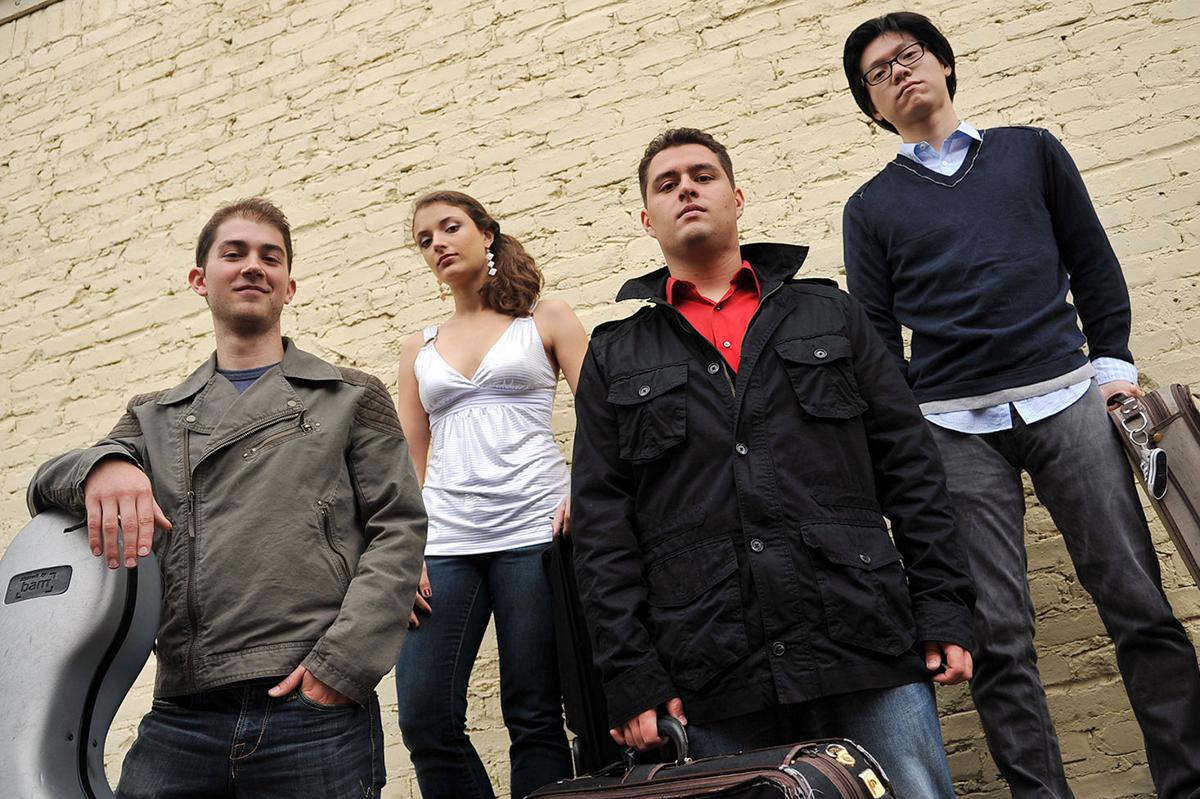 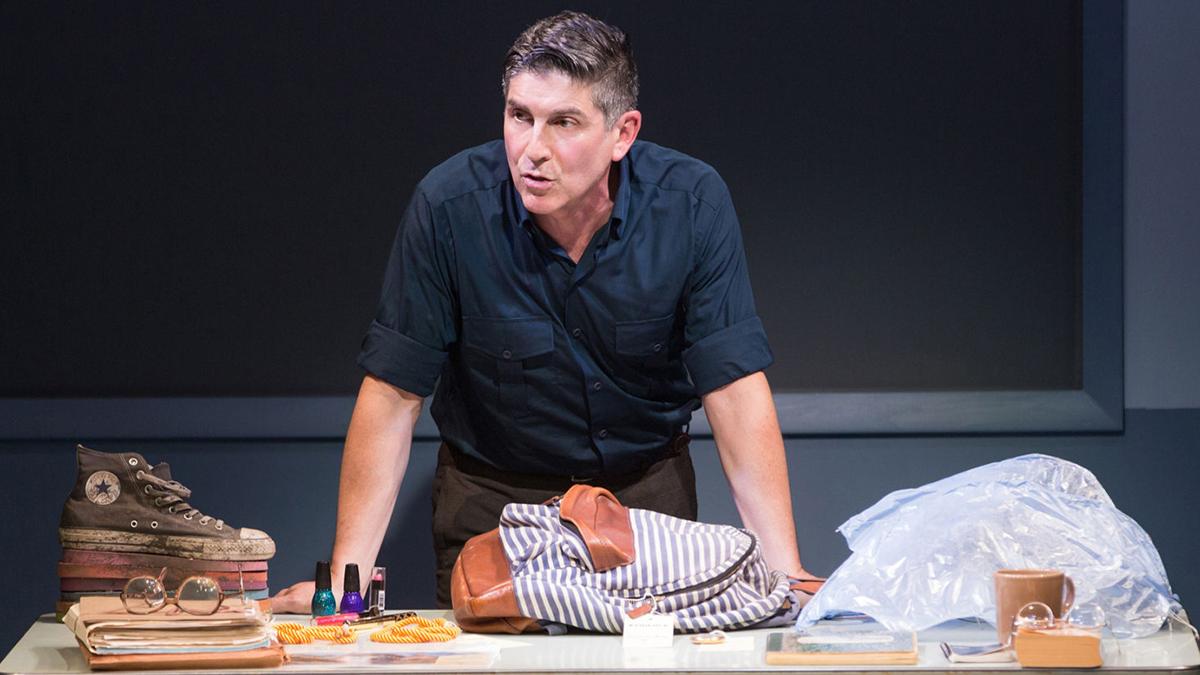 James Lecesne in The Absolute Brightness of Leonard Pelkey 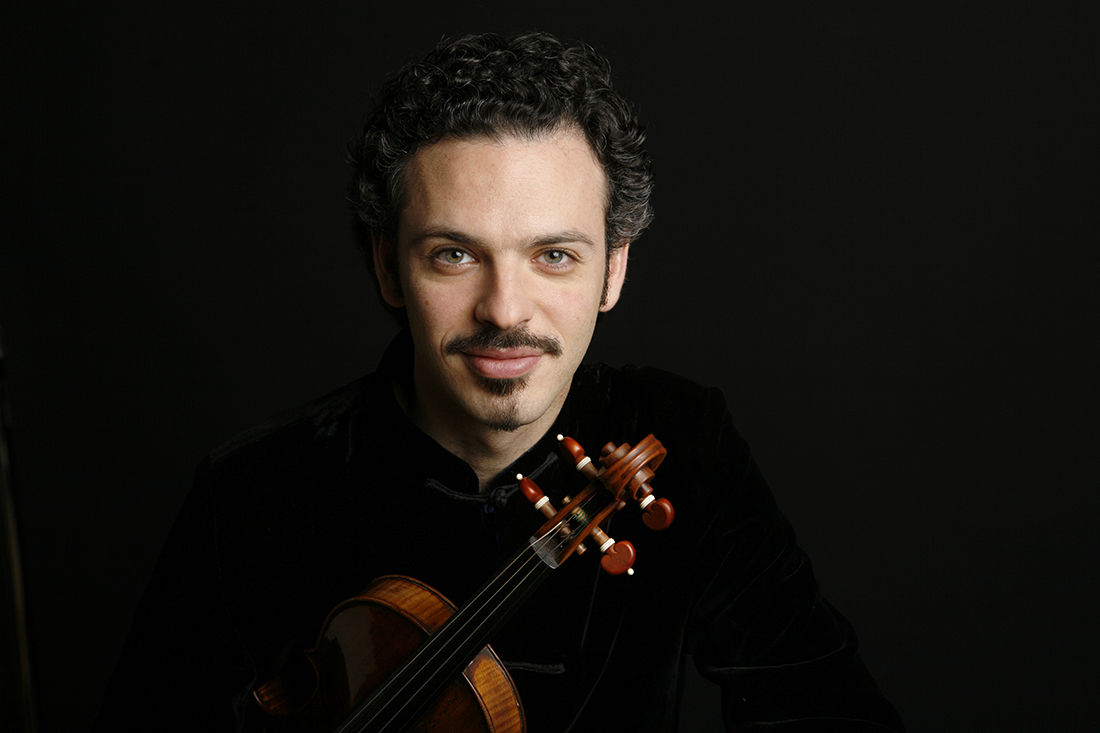 James Lecesne in The Absolute Brightness of Leonard Pelkey

The Dover Quartet moves from strength to strength. Formed in 2008 at the Curtis Institute in Philadelphia, the group was introduced to audiences here through a splendid concert at the 2014 Santa Fe Chamber Music Festival, which then brought the foursome back last summer to perform a single Schubert quartet (a curious decision). The group will return for a third visit to the festival this coming August — again playing just one string quartet (Smetana’s First), although the musicians will also be teaming up with Peter Serkin for Dvorák’s Piano Quintet and with other string players for Schubert’s String Quintet and Dvorák’s String Sextet. Music lovers should leap at the opportunity to hear these players in whatever configuration, but what sets them most apart in the chamber music world is perhaps best appreciated when they appear as a quartet with no add-ons.

That is how Los Alamos Concert Association presented them on March 11, providing listeners the opportunity to bask in the exorbitantly beautiful sound that has become the quartet’s hallmark. Shimmering timbre, superb blend, poised confidence, and sunny disposition marked the Dovers’ playing from the opening measures of Mozart’s Hunt Quartet (K. 458), which they took at a clip that was more brisk than one usually hears, thereby honoring Mozart’s unambiguous marking of Allegro vivace assai (Very quick and rapid). Certainly the ensemble can be emphatic in its phrasing, as in the loud, accented chords that begin the first movement’s coda or, in the Trio section of the Menuetto, at the first violin’s leap to a high E-flat, accentuated not only by powerful bowing but also by a rising portamento and a slightly raspy tone. But even in moments such as these, one senses that the musicians’ overriding concern is to not stray too far or too long from their essential beauty. The supernal Adagio was marred by an unfettered bronchial obbligato from numerous points in the audience, and this may have unnerved the players. How else to explain their uncharacteristic failure to match the articulation of the final note in an unassuming but important little phrase that is passed from first violin to cello a couple of times? But, really, any quibbles would be that small.

The foursome cleverly brought along a piece they gauged would prove popular with the scientists up on The Hill: Pale Blue Dot, by their Curtis colleague David Ludwig. It is a chamber-music tone poem that imagines chirping aliens encountering the Voyager space probe cruising through some distant galaxy, deciphering (in distorted form) a sound recording of the Cavatina from Beethoven’s Op. 130 String Quartet the spaceship has on board, and then sending the Voyager on its way. The piece is amiable if perhaps overly long — at least two repetitions of material seemed expendable — and makes effective use of nontraditional sounds, like click-clacking on fingerboards with metal rappers. The Beethoven reference was logical, since both spaceships of the Voyager program really do carry phonograph records that include the Cavatina, among many other pieces. Less apparent was why Ludwig so enthusiastically quoted Bernard Herrmann’s score for Alfred Hitchcock’s Vertigo. Perhaps floating in space made him dizzy. To conclude, the ensemble played some undistorted Beethoven: his Quartet in F major (Op. 59, No. 1), the First Razumovsky. As one might have anticipated, these players found the piece less prickly than many ensembles do. They reminded me of Isabella Rossellini or Johnny Depp: No matter how gritty their character, they’re still drop-dead gorgeous. So it is with the Dover Quartet musicians, whose sensuous fullness exerts a consonant magnetism even when they’re busy making a different point.

More fine string-playing had arrived the preceding weekend at a March 6 concert of the Santa Fe Pro Musica Orchestra (Thomas O’Connor conducting) in which violinist Colin Jacobsen was the soloist in concerted works by Vaughan Williams and Prokofiev. The Lark Ascending, a descriptive piece inspired by a florid 19th-century poem by George Meredith, is a dependable representative of Vaughan Williams’ pastoral style, combining sustained yet gentle ecstasy with a touch of melancholy. Sometimes this piece seems no more than a concert equivalent to Lassie Come Home, but Jacobsen made it fascinating through its details. Although he could let loose with full tone and rich vibrato, he often chose to invest the piece with a narrower, uninflected tone that suggested a high-lying erhu, the Chinese quality being reinforced by the piece’s pentatonic flavor. His rendition of Prokofiev’s Violin Concerto No. 2 also displayed a very selective use of timbral possibilities. Although it did not lack for lyricism, this was not overall a Romanticized approach, favoring instead precision and emotional restraint. O’Connor held the complicated rhythms together tightly in the finale. Also on the program was Haydn’s Symphony No. 103, nicknamed the Drumroll, although here that opening sonority was transformed into a lavish timpani fanfare. The idea seemed to inhabit the entire piece excessively, with the reading often turning thumpy and boisterous to a degree that obscured some essential orchestral parts.

The Adobe Rose Theatre, which got off to a strong start with its inaugural production in January, is now batting two for two. Its second offering was an imported presentation rather than a home-built production, but it was a memorable evening, which we caught on March 5: a one-man play written and performed by James Lecesne (with direction by Tony Speciale) that was hitherto titled The Absolute Brightness of Leonard Pelkey but for its Santa Fe run was renamed just Absolute Brightness, which is admittedly less of a mouthful. The Leonard Pelkey who dropped from the title also dropped from view before this fictional tale begins its telling: He was a fourteen-year-old lad of palpably gay proclivities who went missing from his hometown on the Jersey shore and turned up murdered. You wouldn’t think that would be the makings of a comedy; and in fact Absolute Brightness is not a comedy, although it often charms a viewer into thinking of it as such. It also has the bones of a detective story, a noir one during the scenes narrated in B-movie style by the gumshoe who tracks down the leads. Lecesne plays that detective with hard-bitten unflappability, and he also plays everyone else who was in young Leonard’s orbit: his sort-of aunt, who runs a beauty parlor called Hair Today; her daughter, to whom she is a perpetual embarrassment; one of her clients from the salon, who consents to go identify the body and ends up critiquing the interior decorating at the morgue; Leonard’s British drama teacher at the community arts school; a mobster’s widow, who spots Leonard’s shoes floating in the water; an elderly clock repairman who had befriended Leonard; and some acquaintances from school, one of whom is revealed to have been his murderer.

When the play is over, audience members are likely to have imagined that they watched an entire cast of actors, so completely and convincingly did Lecesne transform himself before their eyes. Some of the portrayals were perhaps a bit clichéd, but sometimes clichés are born of authenticity, and none of these characters seemed less than genuine. It is all done through pure acting, with only the slightest help from props and a few elegant touches of filmed background images. When all is said and done, the play paints a portrait of a town that may appear unremarkable on the surface and yet is rich in humanity. We glimpse Leonard through an out-of-focus photograph, but as the detective makes his rounds and extracts morsels of information, we gain a firmer image of him, tottering about on rainbow-hued platform shoes of his own design, recruiting stagehands for a theater production, sharing clear-eyed insights with the ladies at Hair Today. His life ends badly and too soon, of course, yet the play is uplifting. He may have been an oddball in his community, but when we look beneath the surface, everyone else is too, and they are the richer for having known him. ◀

Los Alamos Concert Association provided listeners the opportunity to bask in the exorbitantly beautiful sound that has become the Dover Quartet's hallmark.