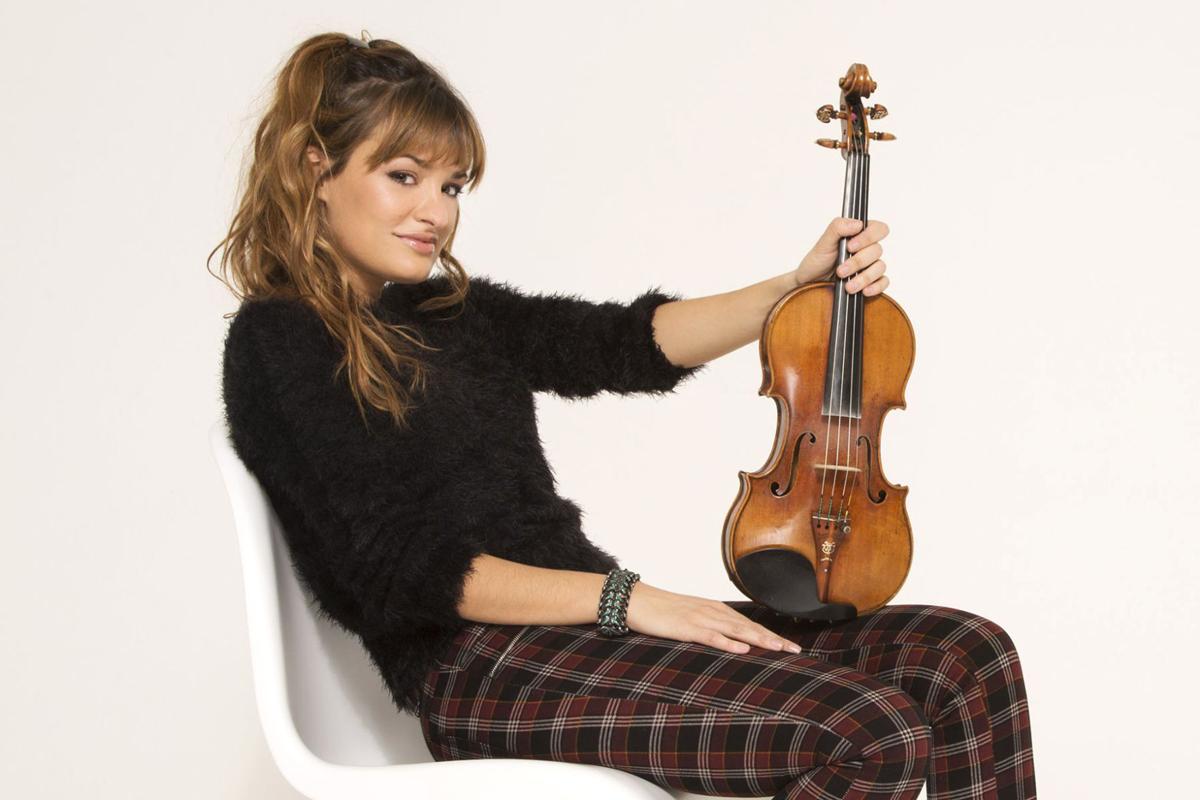 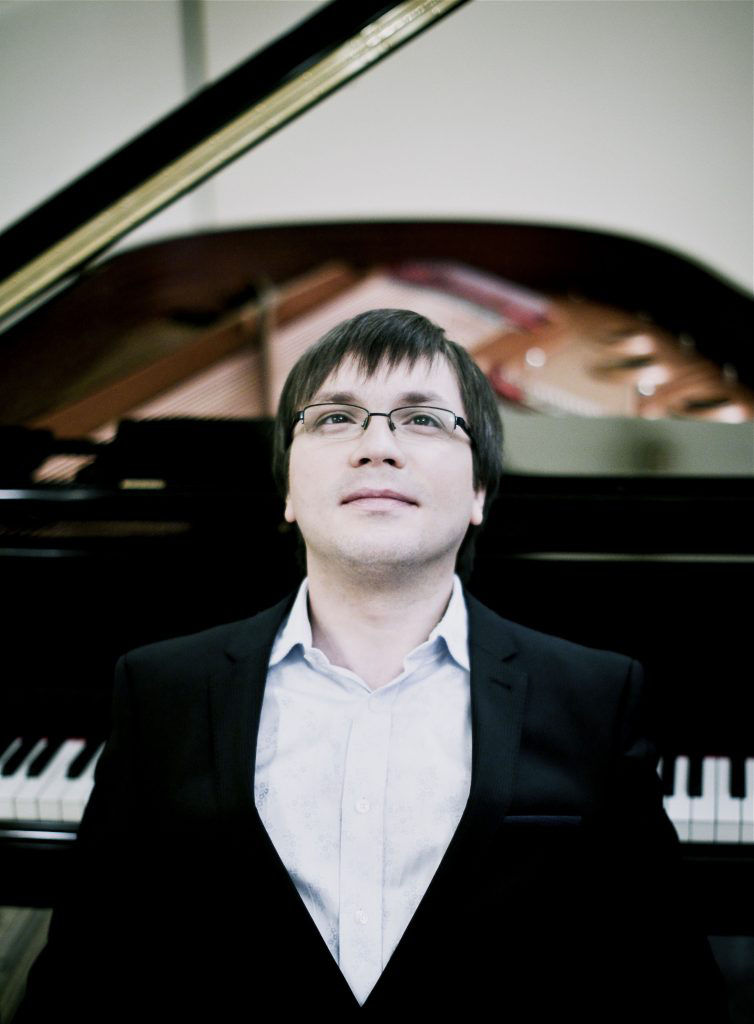 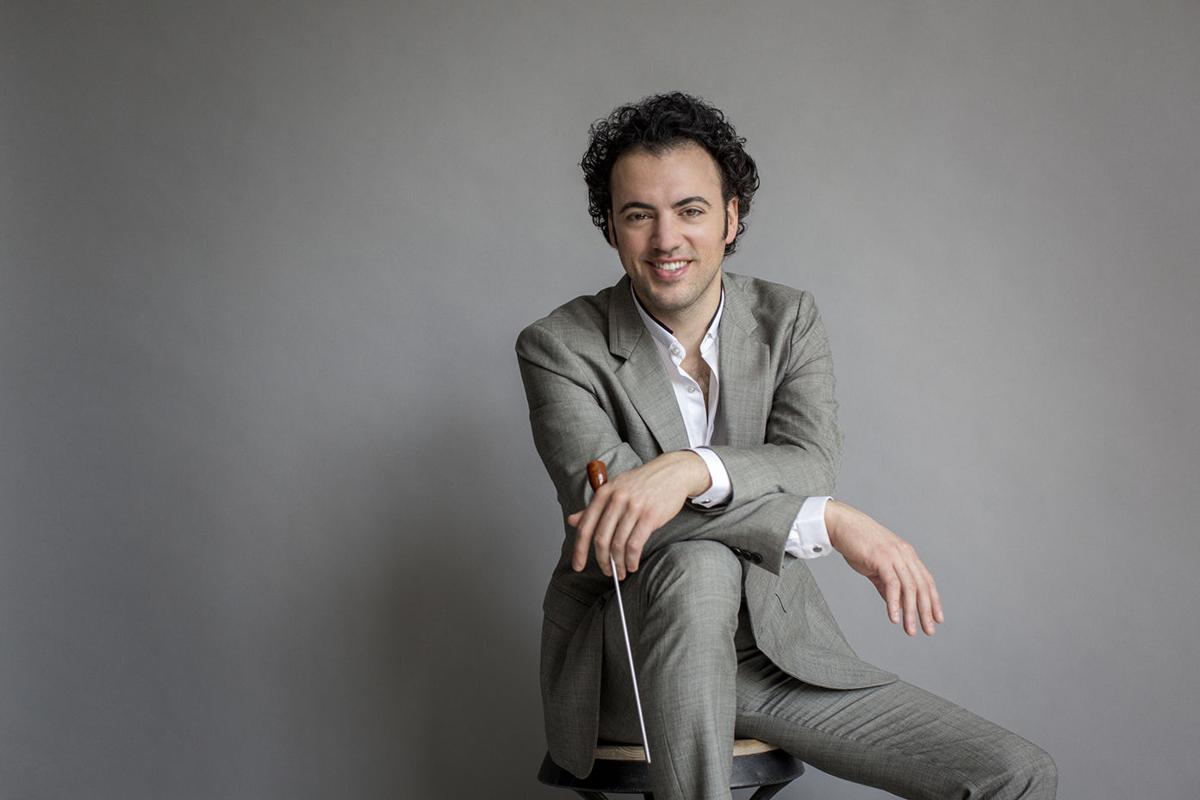 Violinist Nicola Benedetti opened her recital on Jan. 23 at St. Francis Auditorium with a powerfully persuasive account of the Chaconne from Bach’s D-minor Partita for Unaccompanied Violin. She seized a wide emotive bandwidth within boundaries of Baroque style, attacking the notes with heft but never coarseness, balancing discipline with abandon. Although it must be difficult for a violinist to find anything new to say about so famous a piece, some details of her interpretation were unusual, especially in the way she deconstructed a few passages into micro-phrases to delineate tiny musical cells within the flow of melody and counterpoint.

Pianist Alexei Grynyuk joined her for Prokofiev’s Violin Sonata No. 2, the composer’s recasting of his Flute Sonata. For some reason, he played not the full-size concert grand that stood off to the side of the stage, but rather a smaller instrument of limited tonal spectrum. Its sound was warm but overly thick, weak in its high register, and short on ringing sonority. Its appeal, I suppose, was that it never competed with Benedetti’s Stradivarius, which produced a lustrous yet strong tone characteristic of that legendary luthier — silvery, you could say, but silver that is just beginning to tarnish, the darker surface filigree lending dimension and making the underlying glow all the more remarkable. They took a while to settle into the piece, but once they did, they conveyed fine points with precision. An example: The most memorable quirk of the violin’s opening phrase is a tiny flourish tossed off as an aside — but at the same volume as everything else. It was inaudible the first time Benedetti played it (I take it on faith that she did). When the opening section was repeated, it was at least there, and when it returned in the recapitulation (the movement’s final portion), she finally put it across to perfection. She proved capable of bristling staccatos and soaring lyricism, and — not a given for violinists — she put vibrato to truly expressive use. It was an intense interpretation.

The second half also began with an unaccompanied violin piece, the 21-minute Fiddle Dance Suite, an entertaining showpiece recently composed for Benedetti by Wynton Marsalis. One thinks of Marsalis in connection with jazz, of course, and the second of the suite’s five movements, titled As the Wind Goes, did incorporate some lightly bluesy bits. But on the whole, these pieces visited Britannic or Britannic-American folk music rather than jazz: a reel, a jig, a strathspey (in deference to Benedetti’s Scottish nationality). She applied a vicious attack to the opening Sidestep Reel, an étude-like piece filled with repeating note patterns scattered among high-velocity scales.

The musicians concluded with the Violin Sonata of the twenty-three-year-old Richard Strauss, a piece of amorphous personality that almost certainly would not be played if its composer had not become famous through later achievements. This was the second time it came up on a Performance Santa Fe concert in the past year, Vadim Gluzman having programmed it in his recital last February. It is a half-hour penance to be borne, but at least Benedetti brought her full arsenal to it, applying a breadth of shading and dynamic variety. She played it as if it were a better piece than it is — and that is the mark of a great artist.

Santa Fe Pro Musica Orchestra assembled at the Lensic Performing Arts Center on Jan. 26-27 (we heard the latter performance) to perform under the baton of Eric Jacobsen, a candidate to become the group’s next music director. His background includes playing cello for years with the string quartet Brooklyn Rider and in the Silk Road Project (Yo-Yo Ma’s world-music collective), as well as founding and directing the chamber orchestra The Knights. He cut an elegant presence on the podium, displaying a conducting style that was clear and spare. He provided cues that were helpful and indicated shadings as required, but without resorting to overelaborate fussiness. Orchestral musicians appreciate that.

He opened with Jessie Montgomery’s 14-minute tone poem Records from a Vanishing City, a memory-piece that quotes music from an eclectic record collection she inherited: snippets of Miles Davis and John Coltrane, a bit of Angolan traditional music that resembled a lullaby her mother used to sing, and lots more. Rather than present this as collage, Montgomery weaves everything into a pleasing tapestry, rather elegiac on the whole, sometimes recalling the music of Copland or Revueltas. Jacobsen had orchestra members demonstrate a few of the tunes in advance to help guide the ear — a helpful exercise.

His brother, the violinist Colin Jacobsen, was the soloist in Mozart’s Violin Concerto No. 5, nicknamed the Turkish because of some east-of-Vienna exoticism in its last movement. He adopted a generally tight tone, after the manner of period-instrument players, although he sometimes let loose with greater license. His austere approach had nothing to do with Romantic luxury, but it invited the ear to focus on small-scale events he found at every turn. He, too, is a member of the Silk Road Ensemble. That paid dividends in his rendition of the Turkish interlude, which had a ring of ethnomusicological authenticity. Mozart left no cadenzas for this concerto, so the soloist wrote his own — they were on the long side, perhaps, but nonetheless tokens of his creativity. Orchestral accompaniments to early Mozart concertos often come across as merely deferential. Eric Jacobsen made something of this one, which he filled with nuanced dynamics and attacks.

Impressive indeed was his work — and the orchestra’s — in Beethoven’s Symphony No. 7, which Jacobsen conducted without a score and, again, with an absolutely clear baton technique. Group woodwind attacks and ensemble articulations were mostly spot-on. In cases where they were not, the fault seemed to lie with individual players rather than with ambiguity from the podium. The Allegretto moved along at a well-judged, flowing pace, and Jacobsen oversaw the tricky entrances and interlocks of the scherzo flawlessly. The finale proved a heady romp, again with an episode of Turkish swagger. The orchestra made a well-blended sound that rattled the rafters in loud passages, a more thunderous experience than one would expect from just 42 players. I can’t say what went on during rehearsals, which would be an important part of the group’s selection process. I can say that it led to a striking result in performance and that the musicians joined the audience in expressing enthusiasm at the end. Eric Jacobsen is obviously a serious contender. ◀