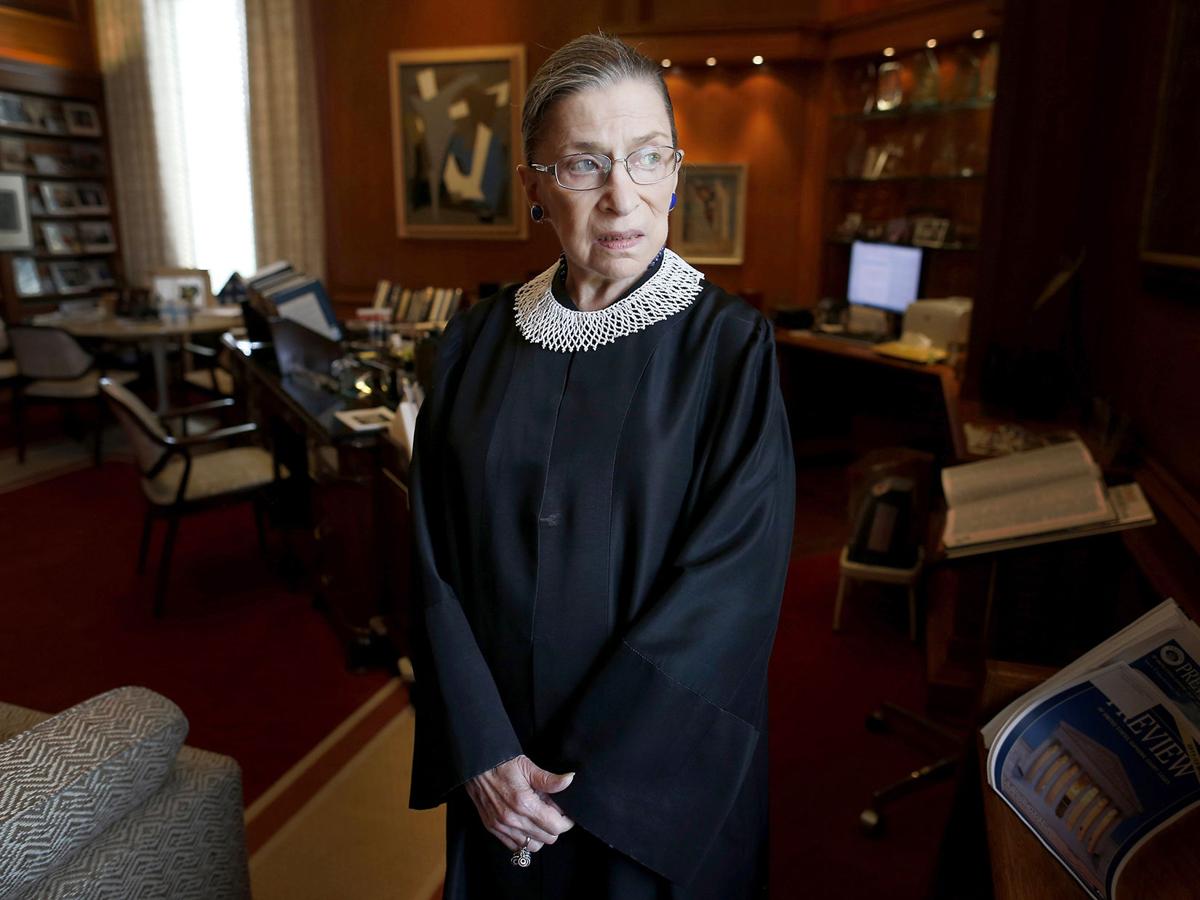 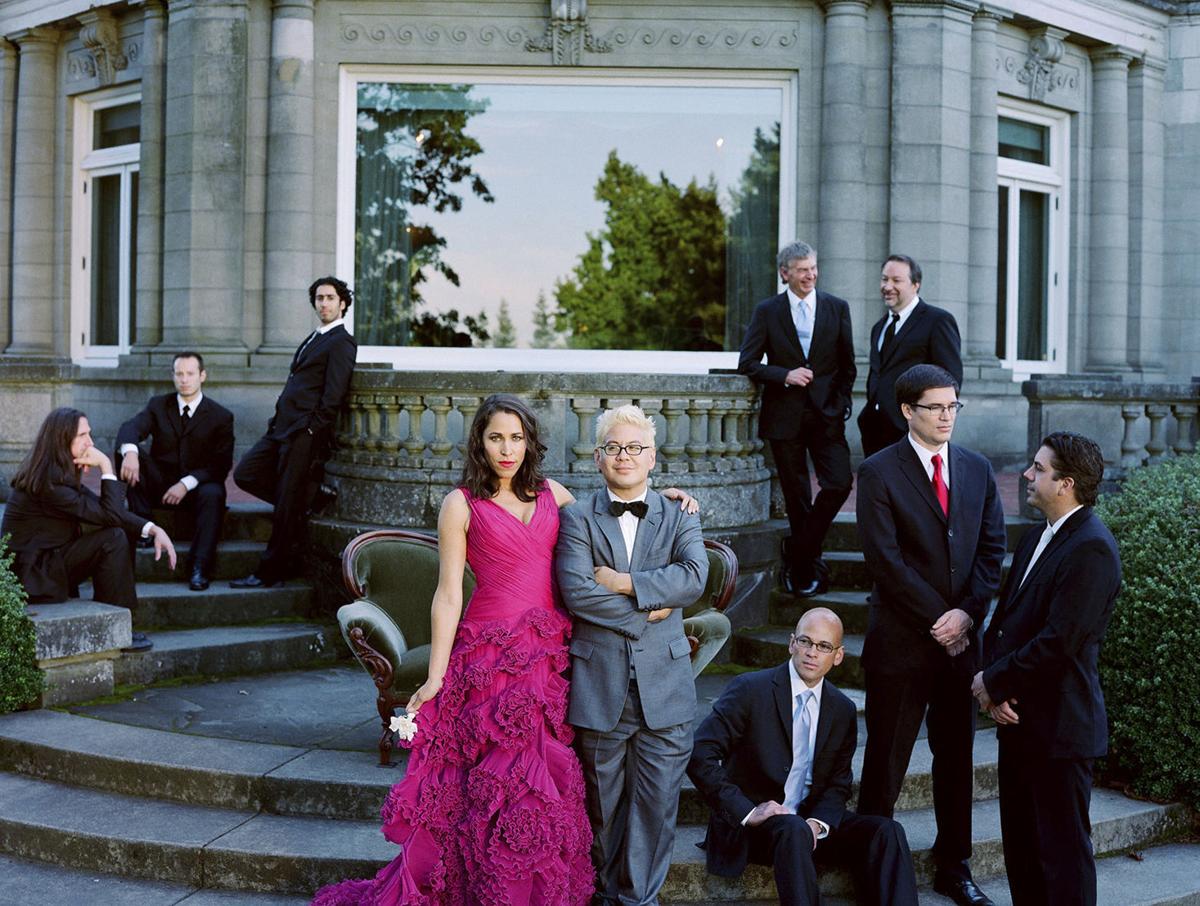 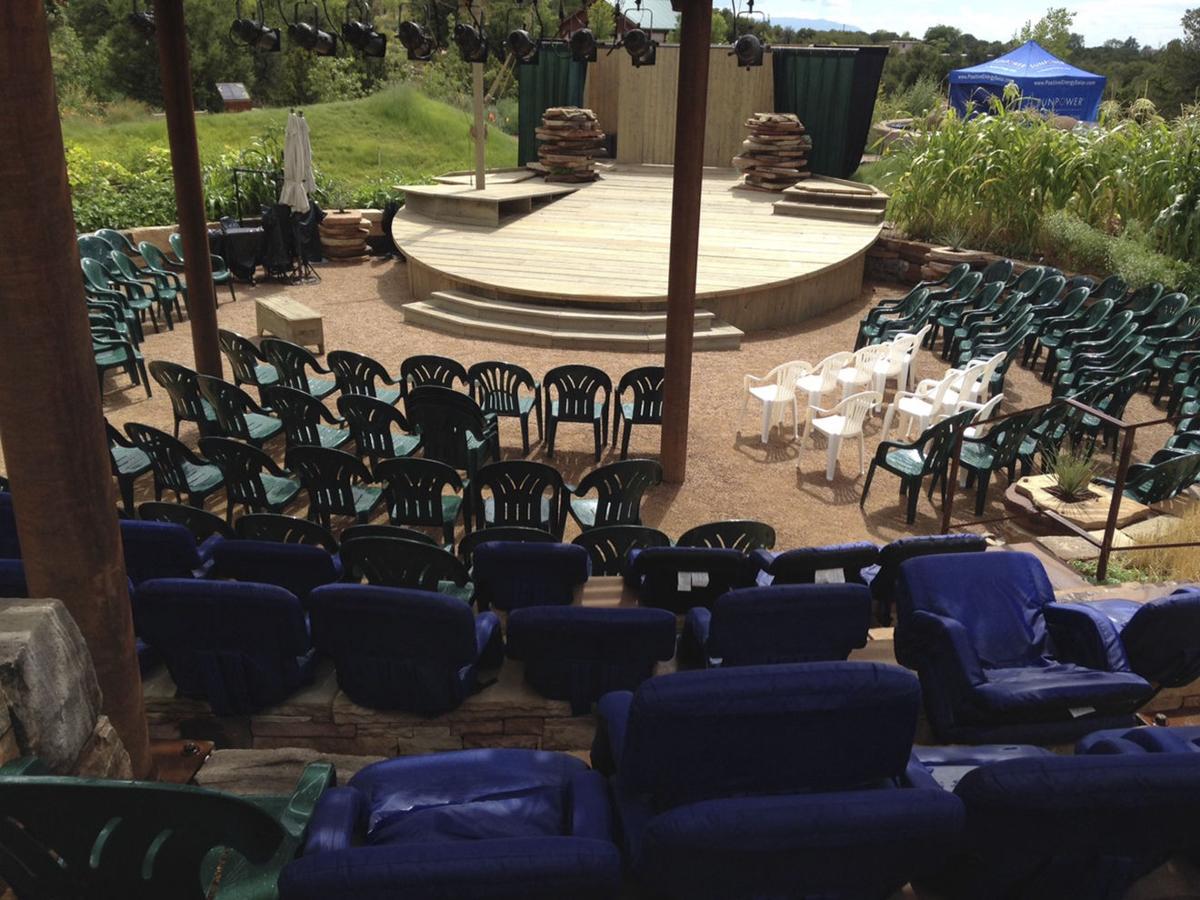 Santa Fe’s overstuffed summer season looked as if it should be winding down while Santa Fe Opera worked through its final evenings, and yet the calendar remained far from empty. Quite a few events clustered at the end of August this year, providing locals with a wealth of entertainment and making part-time Santa Feans think about extending their summer stays to take in a few more evenings out.

On the afternoon of Aug. 25, Santa Fe Opera teamed up with the Lensic Performing Arts Center to present “Justice at the Opera” at the latter’s digs. This was the hottest ticket of the summer, a hybrid opera-with-commentary performance in which the unquestioned star was Associate Justice Ruth Bader Ginsburg of the United States Supreme Court, an activist opera lover and longtime enthusiast of our local company. Fourteen of Santa Fe Opera’s apprentice singers appeared in various combinations in nine independent opera scenes, lightly staged by director Kevin Newbury — he oversaw The (R)evolution of Steve Jobs this summer — and accompanied at the piano by Robert Tweten. Each of the scenes involved some legal matter. You might at first think it would take some scouring to find enough relevant operas, but once you start noticing, you see that the law pops up all over the place on the lyric stage. Conflicts and resolutions are not all that far behind love and familial devotion as plot motivators in opera.

Ginsburg made observations about the legal implications of each scene and often cited a parallel modern case. Her comments were serious yet entertaining, and they included a few zingers of the sort that make trials so sidesplitting. The bit from Verdi’s Falstaff in which two married women discover that the fat knight has sent them identical love letters invited thoughts on letter fraud, with Ginsburg observing a bit wistfully that technology has rendered that particular plot device obsolete. The hiring of a contract killer in Rigoletto, also from Verdi, led to an anecdote about a grisly 1993 crime in which a Detroit hit man researched his task by consulting a book titled Hit Man: A Technical Manual for Independent Contractors — and then the family of the slain man sued the book’s publisher. It became a freedom-of-the-press case, but the Court of Appeals ruled that aiding and abetting murder does not qualify under the First Amendment, so there. This evoked mostly applause from the audience. Bizet’s Carmen, in which the eponymous heroine wriggles out of imprisonment by promising a sensual reward to the corporal charged with her capture, invited a rumination on plea bargains (“97.8 percent of all federal trial court convictions were plea bargained”). Donizetti’s L’elisir d’amore is rarely linked with Wagner’s Der Ring des Nibelungen in polite conversation, but Madame Justice observed that, notwithstanding their difference in tone, both revolve around contracts. A searing aria from Philip Glass’ Appomattox invited observations about civil rights. Puccini’s Tosca yielded thoughts about the prison system. A scene from Verdi’s Aida showed nasty Amneris crafting a lie to get the heroine to reveal inner feelings (“Aida might have had a strong case against Amneris for infliction of emotional distress”). All joined for a rousing ensemble from Trial by Jury, by Gilbert and Sullivan (“A pair unrivalled for treating the law, lawyers, and Italian opera sarcastically”).

The apprentices acquitted themselves admirably, and Justice Ginsburg participated gamely in the action here and there, accepting a ticket to the masked ball (in, yes, Verdi’s Un ballo in maschera) and signing a document in L’elisir d’amore. Notwithstanding the assurance she showed as an up-and-comer on the dramatic stage, we would encourage her to stick to her current career path for the foreseeable future.

A new stage in town is the amphitheater that sprouted during the development of Phase Two of the burgeoning Santa Fe Botanical Garden, an area devoted to plants grown for food, medicine, or other human use. We first glimpsed the space last December during the Garden’s GLOW festival, and it appeared pretty modest — just a few rings of steeply raised, rock-paved bleachers that didn’t look as if they would hold many people or be very comfortable. That, it turned out, was just the infrastructure for a good-sized theater, mostly shaded by a high ramada, with actual chairs ranged on the ground and the “bleachers” and fanning out toward the sides. Planted borders were interspersed among some of the rows, and tasseled corn plants towered next to the stage. Since all this is set deep within the Botanical Garden, which viewers stroll through to arrive at the amphitheater, attendees feel deeply “within nature.”

The Botanical Garden partnered with Shakespeare in Santa Fe and The Shakespeare Guild to present 10 evening performances of The Tempest, a play that, as Shakespeare wrote it, unrolls entirely out-of-doors. I would guess that the place could accommodate about 200 viewers, and it was sold out the night I attended (Aug. 29). Nagle Jackson directed this production, which made good use of the ample, slightly thrust stage, ornamented simply with a ship’s mast (a reminder that the players are stranded on an island) and some squat rock pillars that (appropriately) had plants spilling out from their crevices. Costumes (by Jasminka Jesic) were simple but handsome, and a trio led by Mary Kimball Outten chimed in now and again with the incidental music she had written. The 11-member cast was well-matched, composed of actors at various stages of their careers. There was no need to compare this Tempest with timeless interpretations one may have experienced elsewhere; this one did what it needed to do, conveying the great text with sincerity and enthusiasm. Shakespeare in Santa Fe has been an on-again-off-again proposition over the years, and it is heartwarming to see it back in action — the more so given the promising affiliation it formed with other organizations for this production. The audience greeted its return with affection. Indeed, the evening had something of “Old Santa Fe” about it, though in a new venue. The Santa Fe Botanical Garden, by the way, should be on everyone’s itinerary at this point. The exhibit, so to speak, is always changing — the seasons take care of that — and at this moment the roses are showing impressively. It’s worth a detour, even when theater is not in session.

Although Santa Fe Opera’s season ended on Aug. 26, the venue was hopping again the following evening, when Garrison Keillor and his entourage arrived as part of his Prairie Home Love & Comedy Tour. He followed his usual formula, and after 40 some years, the audience knows what to expect. The highpoints of the performance came with his storytelling, which at its best is captivating and always inspires comfort. To his great credit, Keillor had done considerable research on Santa Fe and New Mexico for this one-night stand, and he incorporated many observations that locals appreciated. His accompanying ensemble played numerous musical numbers, usually with a country feel. Singer Aoife O’Donovan raised her wholesome voice in solos and duets, and Keillor led the audience in group-sings of familiar tunes at unfathomably slow tempos. Keillor turned seventy-five last month. He spoke thereof, and his demographic was there in force to show support and appreciation.

The opera house remains busy for yet a little while. AMP Concerts will be presenting a number of pop and jazz events there through the first week of October (you’d better take a jacket). They launched their offerings on Aug. 30 with a rousing concert by Pink Martini, the sui generis group that purveys popular music of the 1950s —or ’30s, or ’40s, or ’60s, or whenever — from pretty much anywhere in the world. (The event was a benefit for Kitchen Angels, which is marking 25 years of kindness in our community.) Thomas Lauderdale was at the piano as usual, leading the ensemble he founded in 1994, and the evening’s principal singer was its founding vocalist, China Forbes. The surrounding instrumentalists were all terrific, and several doubled impressively as singers, including percussionist/kool kat Timothy Nishimoto and trombonist Robert Taylor; the latter proved affecting in his vocal rendition of the Rodgers and Hart song “[S]he Was Too Good to Me,” which here underwent gender reassignment.

Pink Martini has now released 10 CDs, and I’m sure there were many in the audience who own every one of them. A friend who was getting his first exposure to the group that evening remarked that it reminded him of a Grateful Dead concert: Everybody else seemed to already know all the pieces and were primed to explode at the first notes. That was true, but there might have been a riot if the song list had not included such of the group’s hits as “Sympathique,” “Dónde estás, Yolanda?,” or their haunting arrangement of “Qué sera sera” (which Lauderdale identified as their “dark Doris Day tribute”). The parallel also held up in the sense that this was a heavily amplified, super-reverberant concert. My past brushes with Pink Martini have been in smaller venues, and here the sound system unfortunately obscured the details of the members’ fine musicianship, replacing subtlety with brawn. The string section of the Santa Fe Symphony served as backup — but, honestly, it was hard to pick out their tones from the booming surroundings.

If Pink Martini is happy to haul out its classics, it also discloses some less familiar numbers, often with a touch of camp — “Ich dich lieben,” for example, which Forbes introduced as a song from Freddy and the Song of the Prairie, in which it was sung in macaronic English and German by sex kitten Mamie Van Doren. Pink Martini alights all over the musical map, and the group invited native speakers in the audience to join them onstage to assist with some foreign-language pieces. (Très bien chanté, Alexandre, in “Sympathique”; and I wish I could tell you the name of the Turkish woman who practically stole the show in “Askın Bahardı.” Perhaps 40 women from the audience crowded onto the stage to lend their voices to “I Am Woman,” local violin student Weston Keller (age twelve) got a few minutes in the spotlight playing Vivaldi, and the evening ended with the audience forming a conga line and dancing about to “Brazil,” once a swinging Xavier Cugat hit. Nobody felt shortchanged after two hours of high-energy performance, not counting an intermission. ◀

"Justice at the Opera" was the hottest ticket of the summer, a hybrid opera-with-commentary performance in which the unquestioned star was Associate Justice Ruth Bader Ginsburg of the United States Supreme Court.