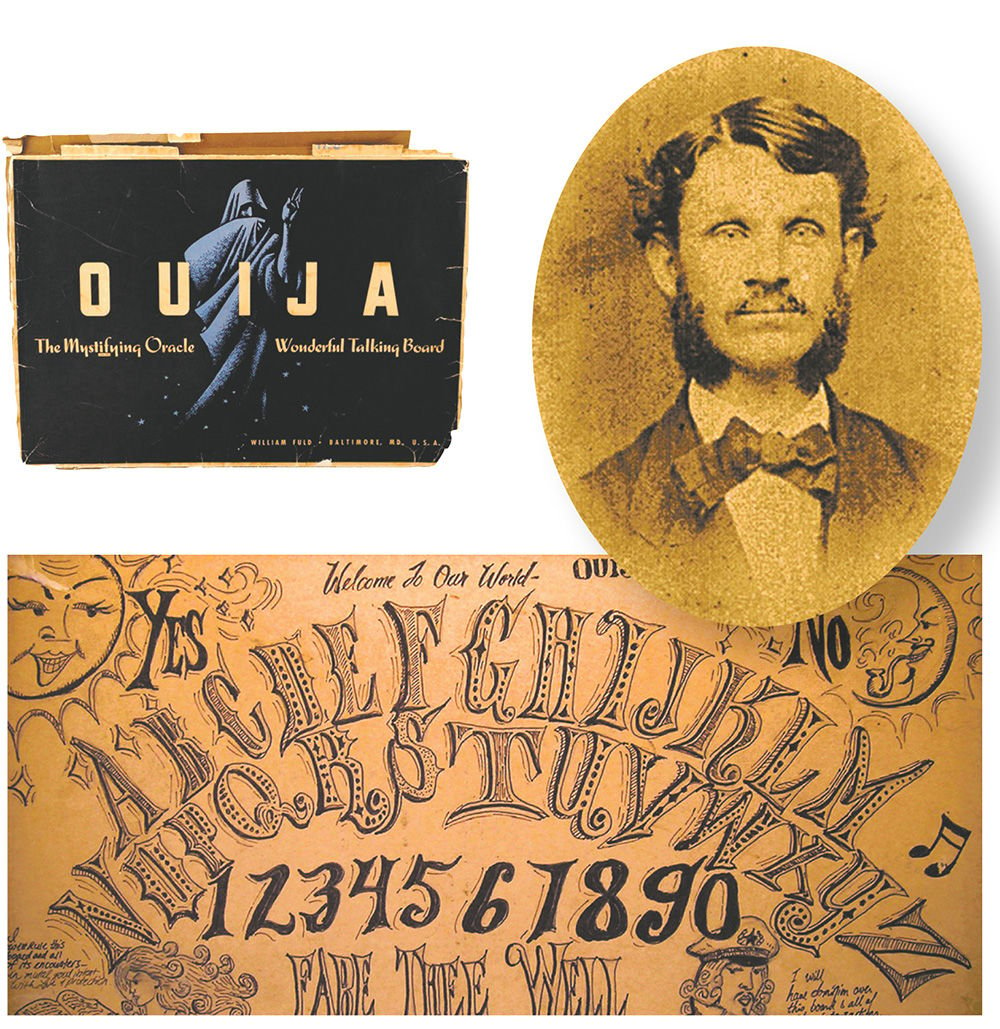 Elijah Bond, inventor of the Ouija board 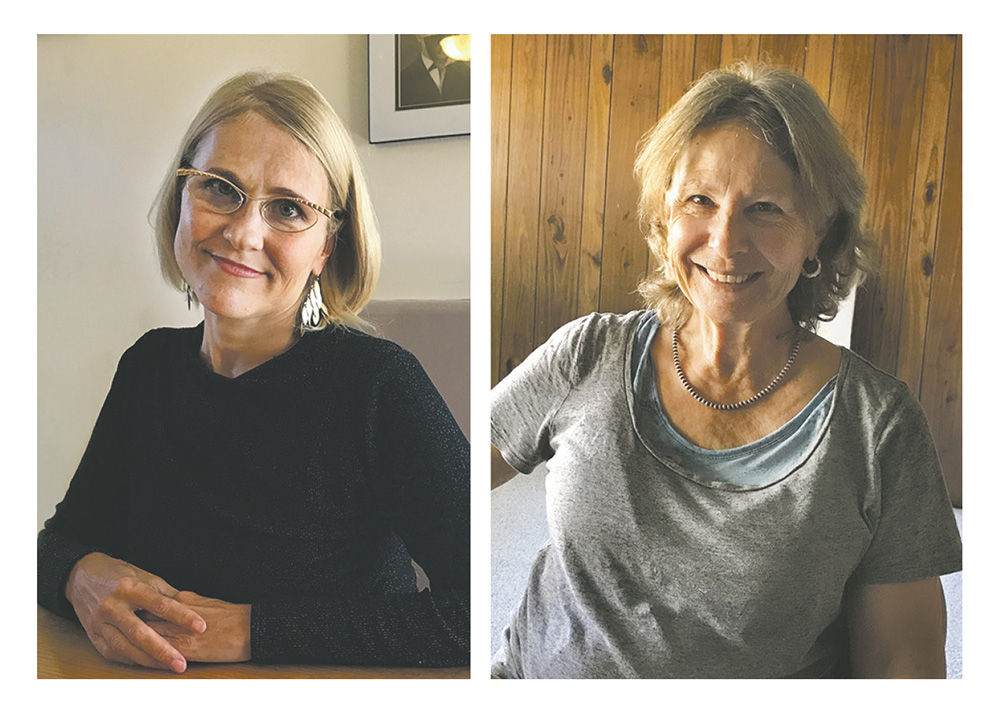 Elijah Bond, inventor of the Ouija board

I readily agreed when a co-worker encouraged me to get my palm read and write about it, but the first palm reader I called wouldn’t meet with me on the record. “Readings are private,” she said. “You should not write about this. It is a bad idea.” At the time, this seemed silly and defensive, like an excuse from a scam artist who was afraid to be interviewed, so — intrepid reporter that I am — I consulted Yelp to find someone more agreeable. But as I scrolled through self-described psychics, channelers of the dead, people who look into crystal balls, astrologers, and tarot readers, I began having second thoughts. Maybe this really was a bad idea. I’ve had my fortune told before, and though it has almost always been a good experience, there have been exceptions. Plus, I’m older now, and I’ve been through stuff. Given that such sessions are often as personal as psychotherapy, what was I actually willing to discover and then reveal publicly about myself? October is a month of dark anniversaries for me, and in general the fall color and smell of decomposing leaves tend to kick up my melancholy. Did I really want some stranger with no medical license poking around my psyche?

My fears overtook me. What if someone I met with saw illness or death in my future? I believe it is possible to see truth in tarot cards or a crystal ball, but I don’t believe that everyone who claims to be a psychic or an intuitive actually is. So how would I know who was the real deal and who was riffing on my life in exchange for money? Despite telling myself to be open to her, my emotional walls were up when tarot reader Shada McKenzie laid out her cards on my kitchen table a few days later. I could tell she knew it, because I seemed to be making her visibly nervous. I told her we could focus on my creative life. I’m in my early forties and the novel I’ve been writing on and off for better than a decade remains unfinished — a situation I would like to change.

McKenzie wore all black and had an enchanting air about her, like someone I’d wonder about if I saw her in a café. She said she started reading cards professionally while living in Chiapas, Mexico, and now it is the only thing she feels qualified to do. In a conversational style, she discussed aspects of each card in the layout as it might apply to something in my writing life. I write in fits and starts, she said. I overthink instead of spilling onto paper; I need to develop daily writing discipline outside of my professional work; a class I plan to take in the spring is a good idea. It was a decent reflection of my personal writing reality that didn’t tell me much I didn’t already know. She did find a disconnect between my heart and my head, indicating a lack of spirituality and empathy. Though I suppose this could be partially true, since I tend to have plenty of empathy for others and far less sympathy for myself, I thought this tendency might have shown up in the reading because of my overall unease. “People usually only seek out tarot readings when they really want them,” McKenzie said.

I was eager to be more open and comfortable with the next person, psychic counselor and spiritual healer Elissa Heyman. Her voice over the phone was warm and familiar, and to my surprise, she turned out to look a lot like my aunt Joyce, a former showgirl. Heyman moved about like a dancer in her airy offices on East Palace Avenue, seemingly unable to sit still when she was overcome by insight. I sat alone on a couch in a nondescript waiting area for a few minutes upon my arrival while she got a general take on my energy, and then she welcomed me into a large, sparsely furnished room where she did the actual reading. She used tarot cards and a series of stones, two avenues of divination that are part of her larger toolkit. I did not have to say anything before she started telling me about myself. She said she saw me using my talents in some more profound fashion than I currently am, and that I’m in a period of self-determination with no need to impose hard definitions upon myself for the next three years. She saw something happening in the spring that would be a positive experience, which I took to mean the writing class I recently signed up for. She gave me the opportunity to ask direct questions and sometimes coaxed bits of information from me that allowed her to give better answers, although she didn’t rely on my input to glean a few undeniable facts.

I could not have resisted Heyman’s energy and insights if I’d wanted to, but this was not unpleasant. I didn’t feel manipulated; I felt seen. She stated up front that it was obvious I did not want to discuss anything too personal, and that based on what she could see in me, I did not need to at this time. Neither she nor McKenzie claimed the ability or desire to poke around in my brain, and though it still felt like they were doing that to some extent, their work mostly seemed to be about discovering possibilities.

But two tarot readings in, I felt depleted, as if I were the one performing all the psychic work. I needed an activity that put me in the driver’s seat or was just a little less introspective. That’s how I ended up sitting in a circle of my co-workers on a basement floor after sunset, around a Parker Brothers Ouija board I once purchased at a garage sale. Some Ouija advice indicates four people works best, so I invited Michael because he likes offbeat weirdness, and Paul because palm-reading had been his suggestion to begin with. Molly, who has a possibly haunted basement, had invited us to hold the séance at her apartment. Before we began, Heyman had advised me to use sweetgrass and sage to cleanse the board of past spirits, and she volunteered to be on call just in case we unleashed something we couldn’t control. Feeling secure about our psychic backup, we lit candles, settled onto the hard cement floor, and offered kind words to any spirits who might dwell there. The basement took on a dim orange glow. Were it not for the distinctly contemporary plastic storage shelving in one corner, we could have been anywhere in time.

Molly, who was leading the séance, started asking the questions we’d each scribbled earlier on blue sticky-notes. Some questions were about the ghosts that might reside in the house, while others asked after people we had lost. Not much happened — although that doesn’t mean nothing happened.

The planchette moved slowly, with great resistance, as if we were pressing into it with all our strength, though it was obvious from looking at our fingers on the plastic piece that we were applying only light pressure. The Ouija board was more prone to movement than the planchette, tipping off our knees every few moments. Answers were vague; no letters showed clearly through the planchette window. The board didn’t tell Paul, with his abiding interest in architecture, whether there was a room under the one we were in, nor did it reassure Molly whether a loved one who took his own life was at peace now.

The clearest answer we got from our 20-minute attempt to contact the other side was when the planchette pointed at “yes” when asked if Michael’s dearly departed cat, Batman, forgives him. (For what remained between them.) I asked after a few dead friends and was answered with x’s and o’s, which might have been a warm greeting from my college roommate, but could also have been pure nonsense. I got the chills a few times, and it’s possible we were not alone. But I think we might have intimidated the witness, so to speak. If I had to pinpoint a flaw in our process, it was that we did not give the spirits enough time to warm up to us. This is just the kind of mistake a group of reporters would make. Maybe the spirits hadn’t been ready and waiting for their moment to be team-interviewed by four local arts and culture writers. We might have come off as a little pushy or impatient.

When asked if there were any dead writers with advice for this group of living ones, the planchette moved down the board to the word “goodbye” and stayed there. That seemed like a direct plea to be left alone, so we thanked whoever or whatever was there, smudged the board again, blew out the candles, and climbed the uneven stairs back to ground-level, carrying everything we’d brought with us.

I was slightly disappointed in our endeavor, worried that my potential lack of empathy — or the resistance to the spirit world that I seem to have acquired in middle age — had dampened our potential for success. And then, from behind me on the stairs, Michael spoke up.

“I just heard it,” he said, “like a voice in my head. Batman does forgive me.”

Shada McKenzie can be found at www.thecircleandthedot.com. Elissa Heyman’s website is www.elissaheyman.com.