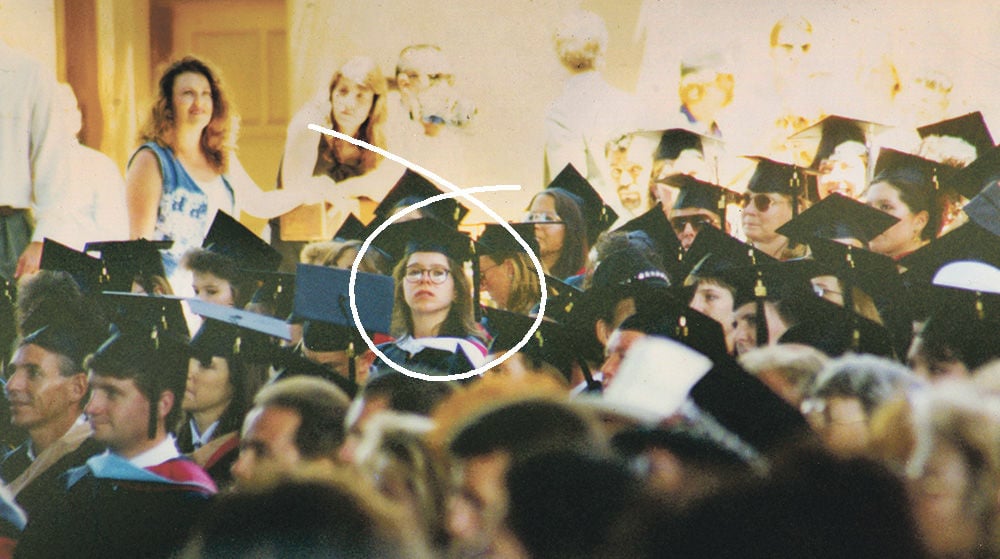 Levin at her CSF graduation, Santa Fe Opera, May 1996 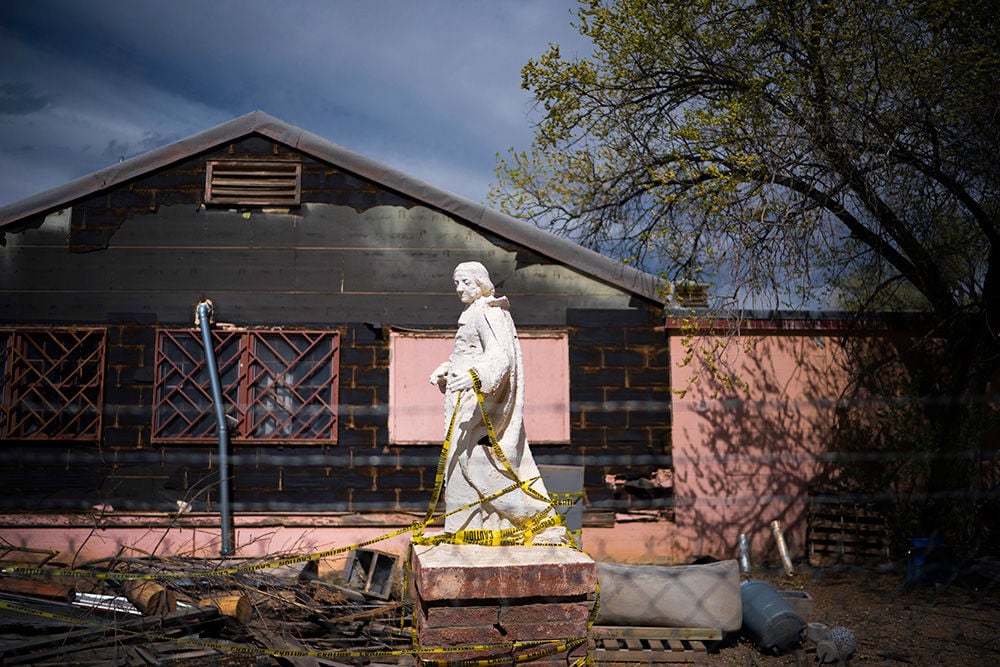 Levin at her CSF graduation, Santa Fe Opera, May 1996

I arrived at the College of Santa Fe in January 1994 under the bluest sky I had ever seen, in weather warm enough for shirtsleeves. I’d transferred from another college in search of change — though at the time I could not have articulated what I was seeking. All I knew was that I was tired of living in Chicago, where I’d grown up. I was unaware of how angry I was. By the age of nineteen, I’d cultivated quite a passion for arguing with teachers. I had an opinion on everything and a low tolerance for disagreement. I chose CSF because it offered a bachelor’s degree in creative writing and it was far away.

In one of my first classes, “Western Culture,” I butted heads with Brother Andre LaCoste, who questioned a source I’d cited as support for an argument I was making. I went to my dorm room, hand-copied an entire page from a book onto notebook paper, and put it under his office door to prove I was right. Such tenacity must have impressed Brother Andre, because after that he called on me regularly and encouraged me in some of my most off-the-wall essay topics — such as how to watch the television show Beverly Hills, 90210 critically, to deconstruct its take on social problems instead of viewing it passively as just a melodrama about wealthy teens. Other professors, both Christian Brothers and lay people, treated me similarly. For the first time in my life, teachers were not telling me to be quiet and behave. Instead, they wanted me to expand on my thoughts.

After a couple of semesters, I no longer raged every time someone informed me that I was wrong. Knowledge and debate became tools instead of weapons. Later, when I worked in the college’s communications office, I learned this mind-opening is the beauty and purpose of the Lasallian tradition that drove CSF’s mission.

The Lasallian tradition, as I came to know it, is to me among the most significant cultural losses to Santa Fe that came with the college’s closure. CSF was founded in the 19th century by the De La Salle Christian Brothers, a teaching order of the Catholic Church — but by the 1990s, only a small minority of CSF students and faculty identified as Catholic. The Lasallian tradition emphasizes respect for multiple viewpoints and diverse lifestyles, compassion for fellow humans, service to the needy, and a general affinity for the tenets of Christ’s gospel. Its philosophic core concerns being a good person, which I’ve never seen as fundamentally different from the Jewish culture in which I was raised. De La Salle Christian Brothers, who consider themselves co-learners rather than elite masters, are called to educate not only the financially needy but also those students who might not reach their full intellectual potential because of a sort of neediness of the spirit.

Full disclosure: Being a little (or a lot) messed-up was a CSF student tradition. This could be serious, in the case of those who came from abusive homes or kids who struggled with mental illness or substance abuse. Some of us were just chronic underachievers, or we were artsy and weird and tired of being lonely, or we were gay and looking for safety. There are a hundred reasons someone might conceive of Santa Fe as an ideal location for college. As a general rule, we were not a campus of joiners — and we came together in that loner spirit. Many of the boys who went to CSF in the 1960s and  ’70s were troublemakers and class clowns who grew up in Jesuit schools and were sent to the desert to get straightened out by the Brothers. Some came to escape the Vietnam draft. In the later days, some students referred to CSF as the “Island of Misfit Toys,” from Rudolph the Red-Nosed Reindeer.

Some students hated the school immediately upon arrival and transferred as soon as possible. Keeping students who were disappointed that Santa Fe didn’t live up to their romanticized expectations was a chronic problem that affected the school’s tuition-driven operating budget. In my experience, those who happily stayed developed affection for the dusty, somewhat dilapidated campus — with its army hospital barracks and all the ghosts who lived there.

My time as a student wasn’t completely rosy. A roommate was deeply troubled. She left the college and a year later died of a drug overdose. While I made good, lifelong friends there, not every student was enthusiastic about their studies. It could seem like all anyone wanted to do was party. This was frustrating, but I understood that within this context I was going to get out of my education exactly what I put into it. Everything was there for me; it was up to me whether I was awake or sleepwalking.

An unusually respectful rapport existed between students and faculty. I think it came in part from calling professors by their first names. One day, during my junior year, I became elated after leaving my philosophy class, “Poetry and Positivism,” co-taught by Greg Glazner and Charles Harriman, when I realized that I was learning something that excited and interested me every day. And in my poetry workshops, also led by Greg, I wrote lines in which I found solace in the midst of darkness and chaos. Greg once asked me to come to his office; he had a question. I was nervous that I’d done something wrong, but it turned out he’d appreciated some remarks I’d made in class and wanted to continue the conversation.

My strongest non-academic memories of my first months at CSF involve exploring the far-flung edges of campus on endless spring afternoons, and the smell of wildflowers on the wind. One such day in early April, my roommate and I walked into La Salle Hall and found the downstairs lounge crowded with students. A couple of guys were trying to dial in MTV on the ancient television set. Kurt Cobain had died.

When I think of how I experienced the Lasallian tradition, and how it changed me, my first memory is always of that night. Several local and student bands were scheduled to play Oñate Hall that evening. The all-CSF audience was small and typically mellow, sad about Cobain and trying to enjoy the music, which included numerous Nirvana covers. The lead singer of an off-campus band startled us all by suddenly mocking Cobain’s music and suicide — and our grief. In those days, CSF was the kind of place where fistfights were rare and no one locked their dorm-room doors, so at first, we all just stared, stunned. The singer’s cold cynicism was not our way. We were not joiners, but we understood this wasn’t right. No one yelled. No one forced the singer to leave. Instead, we stopped giving him our attention. We talked quietly among ourselves about the situation and refused to be complacently entertained until a different band took the stage and the music began again.

For me, a young woman whose usual response to this sort of challenge was anger, this was a revelation. A person could make a point with silence. Compassion might be stronger than cynicism. This lesson was fundamental to the adult I became, as well as the writer.

And even while it was a place where I learned about the world, CSF was also my haven from the harsher universe beyond the campus. In the recent words of a college friend, the College of Santa Fe was a magical bubble inside the bubble of Santa Fe.   ◀

Students who happily stayed developed affection for the dusty, somewhat dilapidated campus — with its army hospital barracks and all the ghosts who live there.