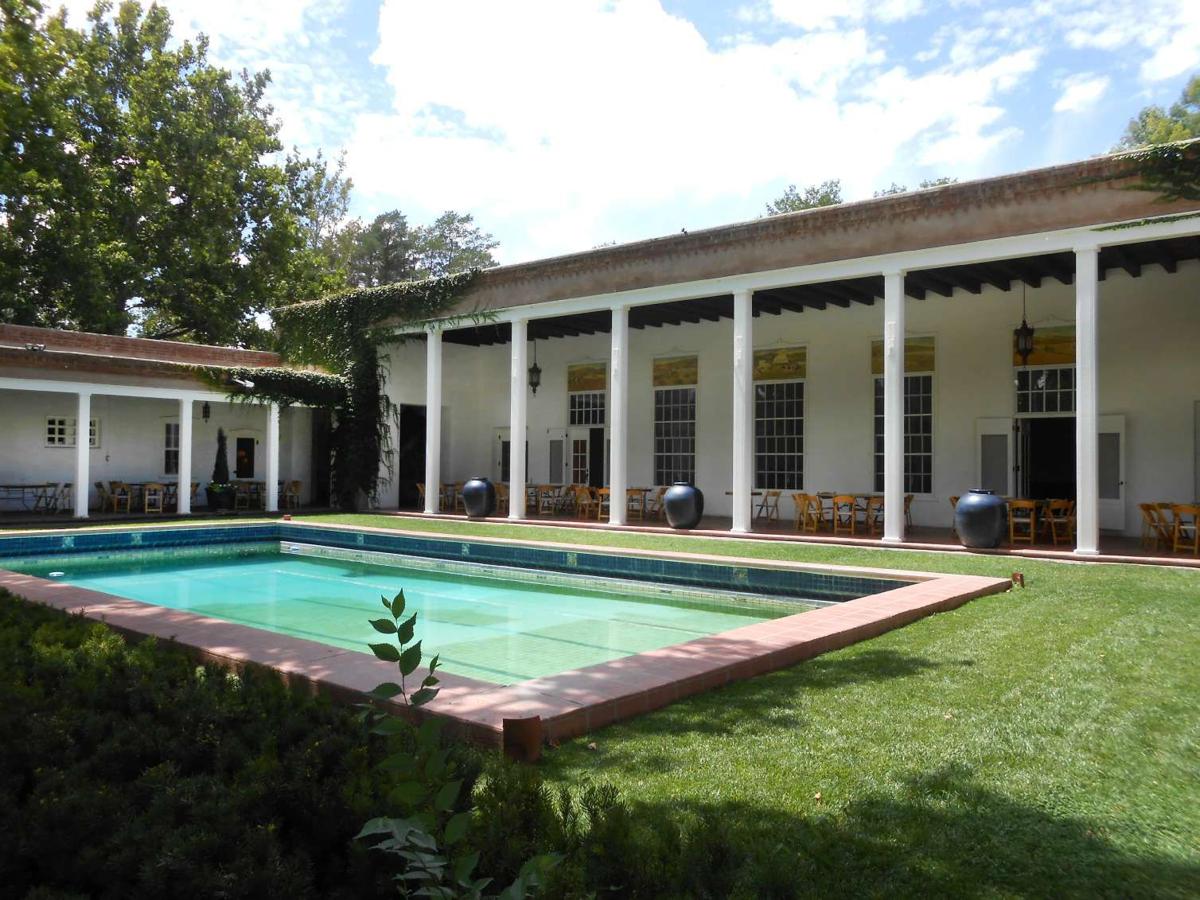 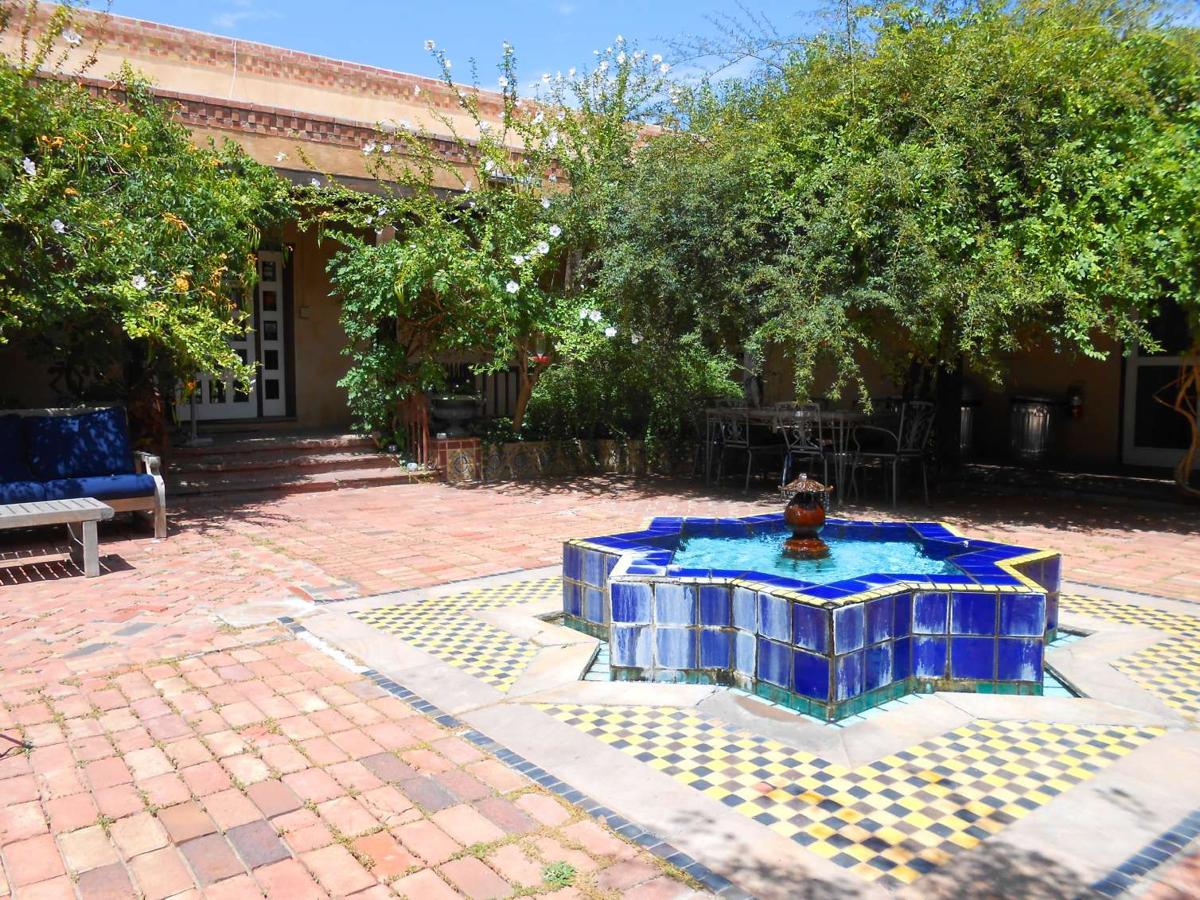 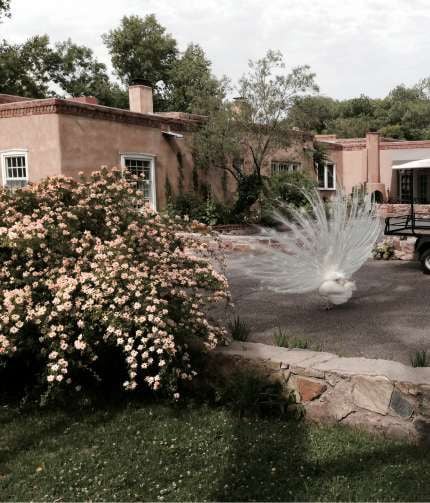 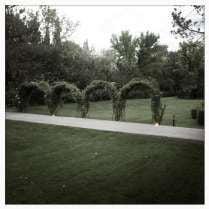 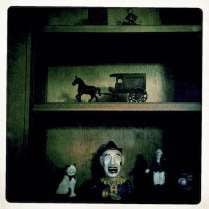 Eighty years ago, John Gaw Meem tied the knot on a singular architectural achievement. With La Quinta at Los Poblanos Ranch in Albuquerque and the Federal Emergency Recovery Act Building (now called the Villagra Building) in Santa Fe, his elaboration of a new style, the Territorial Revival, was fully realized. The form — which modified the dominant Spanish-Pueblo Revival style with sharper corners, brick-coped rooflines, and white-painted wood on portáles, windows, and doors — is named for New Mexico’s territorial era. It was developed following the American takeover of the New Mexico Territory in 1846, when new residents began building a version of the Greek Revival style that had been popular in the East.

In the brick coping for his 1925 house for Ashley Pond in Santa Fe, Meem first employed a touch from that frontier Greek Revival vocabulary. Other stately Santa Fe homes showing further developments of the style include the 1926 house at 614 Acequia Madre St. (designed by Eva Scott Fényes, Leonora Scott Muse Curtin, and Leonora Francis Curtin Paloheimo) and Meem’s 1929 Tilney House on Old Santa Fe Trail. But his designs for the FERA and La Quinta commissions in 1934 “purified the style of rustic finishes and Spanish details, instead emphasizing crisp corners, white classical details, and symmetrical compositions,” writes Chris Wilson in Facing Southwest: The Life and Houses of John Gaw Meem.

Territorial Revival — with its tone of earthy, Santa Fe-style formality — soon came to be the preferred form for many of the capital city’s buildings — especially large buildings, and more especially large government buildings. Among them are the 1936 Santa Fe Public Library (Meem), 1937 New Mexico Supreme Court (Gordon Street), the Bataan Memorial Building (a 1951 Willard Kruger remodel of the 1900 state Capitol designed by Isaac Rapp), and a round version of the style: the 1966 state Capitol (Kruger).

Los Poblanos Ranch in the Rio Grande Valley was Meem’s chance to sport his skills in Albuquerque, where he would go on to design nearly three dozen buildings on the University of New Mexico campus. The property record dates back to the Elena Gallegos land grant, circa 1716, and then to owners Ambrosio and Juan Cristobal Armijo in the 19th century. The fate of the property in its modern form was sealed with the marriage of two members of the U.S. House of Representatives: Albert Gallatin Simms of New Mexico and Ruth Hanna McCormick of Illinois. After purchasing Los Poblanos, Ruth Simms contacted Meem. He added to the existing L-shaped house to provide a full courtyard, which he ringed with portáles. In the center, a blue-tiled, star-shaped fountain was installed. “The older portion of the house retained many colonial details such as multiple fogónes [corner fireplaces], exposed vigas with corbels and lintels above a large double wooden door suggestive of an historic carriage, or zaguan entry,” according to David Kammer’s Buildings Designed by John Gaw Meem, 1925-1959. But the Territorial Revival features “conveyed the Classicism that the Americans brought to New Mexico.”

In 1934, Meem (who was completing his Colorado Springs Fine Arts Center and beginning work on the UNM Administration Building) collaborated with Ruth Simms on the design for a cultural center, La Quinta, just south of the house. For the ballroom’s cross-beam ceiling, the designer consulted a 1920 monograph titled Decorated Wooden Ceilings in Spain. “Meem specified that the light California sugar pine [ceiling wood members] be sanded, wire brushed, and carved with New Mexican decorative motifs: a Franciscan cord molding around the perimeter, geometricized Pueblo rain clouds on the underside of the beams, and a herringbone pattern in the decking,” as Wilson describes it. Also part of the La Quinta project were a fine parquet dance floor and Albuquerque’s first swimming pool. There’s a fresco by Peter Hurd, carved doors and mantels by Gustave Baumann, tinwork by Robert Woodman, and ironwork by Walter Gilbert as well as landscape architecture by Rose Greely. Exhibitions were frequently staged in the building’s art gallery; today it boasts more than a dozen Laura Gilpin photographs of the property and framed Meem renderings. A lecture series initiated in 1937 brought literary celebrities like Thornton Wilder and Elmer Rice.

Los Poblanos was the original home of Creamland Dairies, boasting a herd of Holsteins (from Ruth) and Guernseys (from Albert), and it was also an experimental farm — for example, cultivating sugar-beet seeds with the optimistic idea of ending American dependence on imported sugar beets. The greenhouse was used to develop new varieties of roses and chrysanthemums. Education was also important to the couple, who were founders of Manzano Day School, Sandia Preparatory School, Albuquerque Academy, and Albuquerque Little Theatre.

Penny and Armin Rembe purchased Los Poblanos in two phases, in 1976 and 1999. (The Rembes also own the José Dolores Garcia House at 533 Garcia St., one of the oldest homes in Santa Fe’s Eastside neighborhood.) In 2004, son Matthew Rembe became executive director at Los Poblanos, and he has since added guest rooms and fine dining and expanded the lavender-products business. Nearly 3 acres of lavender are cultivated on the property; between those fields and the inn is a big lotus pond. ( July is a great time to visit. That’s when the lotuses bloom and the lavender is harvested.) The lavender is distilled for essential oil that’s used in a line of products available in the Farm Shop housed in one of the old dairy buildings. Most popular are the lavender salve and lotion; these are also sold at other retailers, including the A Store in Nob Hill and J.Crew.

Los Poblanos has 20 guest rooms, including some in the old farm buildings that were remodeled in 2011 by the California firm Moule & Polyzoides. Every room has windows and a fireplace. Guests have access to a chlorine-free saltwater sunning pool and can wander the gardens and relax beneath shady portáles. Inside, the public spaces have comfortable seating, including in Meem’s alcoves with window seats, which often elegantly disguise radiators.

Los Poblanos serves dinner, by reservation, Wednesdays through Sundays, as well as daily breakfasts for guests. The kitchen makes full use of an on-site organic farm and honey from bees kept by Armin Rembe. The head chef is Jonathan Perno, a New Mexico native and 2014 James Beard Foundation Award semifinalist for best chef in the Southwest. Also on staff are Nancy Kinyanjui of Nairobi, Kenya, who is director of hospitality and sustainability, and Fergus Whitney, a native of Leitrim, Ireland, who is farm manager. Crops are flood-irrigated from acequias off the Rio Grande a quarter-mile to the west. ◀

Heads up, Santa Fe restaurants. Of the half-dozen best meals I’ve eaten in recent memory, only two were in Santa Fe — and those were from a ta…