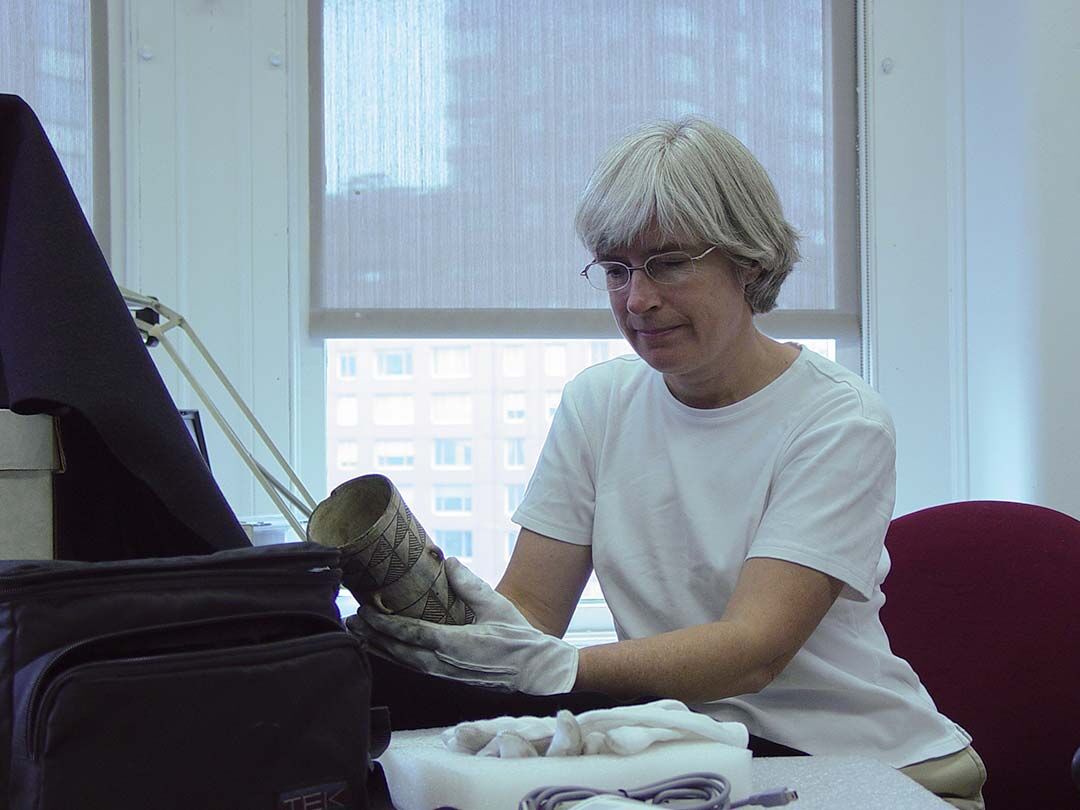 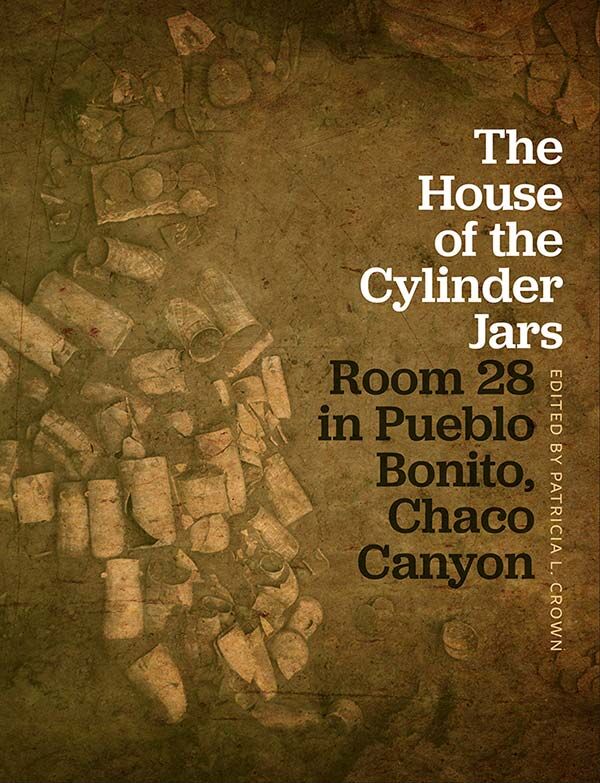 Chocolate had a place of honor for the historic residents of Chaco Culture National Historical Park. Until recently, though, the cacao bean’s importance to the Chacoans was unknown to archaeologists.

Then, in 2009, Patricia L. Crown, Leslie Spier Distinguished Professor of Archaeology at the University of New Mexico, had sherds examined. The result of the tests confirmed the presence of chocolate at Chaco and captured national headlines. Crown and her team excavated further in 2013. Their discoveries are the crux of a new book from the University of New Mexico Press entitled The House of the Cylinder Jars: Room 28 in Pueblo Bonito, Chaco Canyon. Four of the book’s authors, including Crown, conduct a virtual session at the School for Advanced Research at 10 a.m. on Thursday, Jan. 28.

The great stone structures at Chaco, built more than a thousand years ago by the ancestors of modern Pueblo peoples, once housed several thousand residents and stood at the center of the Pueblo world. The Chacoans traded with other civilizations across the present-day United States and into what is now Mexico. They left evidence of their advanced network behind them, like seashells and macaw bones. They also left behind ceramics.

“In 1896, when it was first excavated by Richard Wetherill and archaeologists from back East, they found the first know Chacoan cylinder jar. These are ceramic jars about two and a half times as tall as they are wide with flat bases, so they look like a cylinder,” Crown says. Wetherill found more than 100 of these unusual jars. Their purpose, though, wasn’t clear to academics.

“Many archaeologists, including me and my students, are focusing more on existing collections rather than new excavations,” Crown says. “So, it was sort of unusual to be able to excavate at Pueblo Bonito, and we could really only do it because it had already been opened up.” It took years and many discussions with affiliated Native American tribes and consulting archaeologists before they could reenter Room 28 after Crown’s discovery in 2009.

That discovery came from an inspired idea. “I thought it might be interesting to see if there was a connection because cylinder jars that were found in Mesoamerica are used for drinking chocolate. So, I thought, Well, why not? If it doesn’t work, I just won’t tell anybody.’ ” She sent sherds of the cylinders to senior chemist Jeffery Hurst at the Hershey Company. Her hunch proved correct. They found theobromine, confirming the presence of chocolate.

“The vessels seemed to have been special drinking vessels used for drinking chocolate that had to have come from the tropics of Mesoamerica,” Crown says. She suspects that partially processed cakes of cacao were brought up from Mesoamerica and turned into drinking chocolate at Chaco. This concentrated cacao was similar to the type that the Spanish would transport to New Mexico in the 1600s.

“We don’t actually know what the drinks tasted like,” Crown says. “We haven’t been able to identify what are called flavorants. There would be some kind of sweetener. In Mesoamerica, they add honey, and they could add chile powder, and they could add ground corn. There are all kinds of things that might have been added, but we don’t know for sure.”

Regardless, the drinks were a welcome departure from the usual Chacoan foods. “It would be a wonderful addition to a diet of corn, beans, squash, rabbits, wild berries,” Crown says. “It would be so different and delicious, but they just didn’t get it very often.”

The taste is perhaps part of the reason why the drink was held in such esteem that is was consumed during ritual events. The cylinders were stored in Room 28, but the ceremonial drinking probably occurred in a nearby plaza. Then, when the cylinders completely served their purpose, they were burned.

“It looks like around AD 1100, for some reason, people in Pueblo Bonito decided to retire, or terminate them,” Crown says. “People decided that they would no longer use cylinder jars or make cylinder jars, and they put most of them in this room and then lit a fire under the shelving. After that, they used mugs.”

It’s unclear if the Pueblo peoples had access to chocolate between the 1400 and 1600s. The Spanish records don’t indicate that it was available in New Mexico before they reintroduced it.

Crown and her co-authors will go into detail about their findings in Room 28. “I’ll talk about the architecture and ceramics,” Crown says.

To register for The House of the Cylinder Jars: Room 28 in Pueblo Bonito, Chaco Canyon, go to sarweb.org/registration/book-talk-cylinder-jars/. General admission is free, with optional donations. ◀