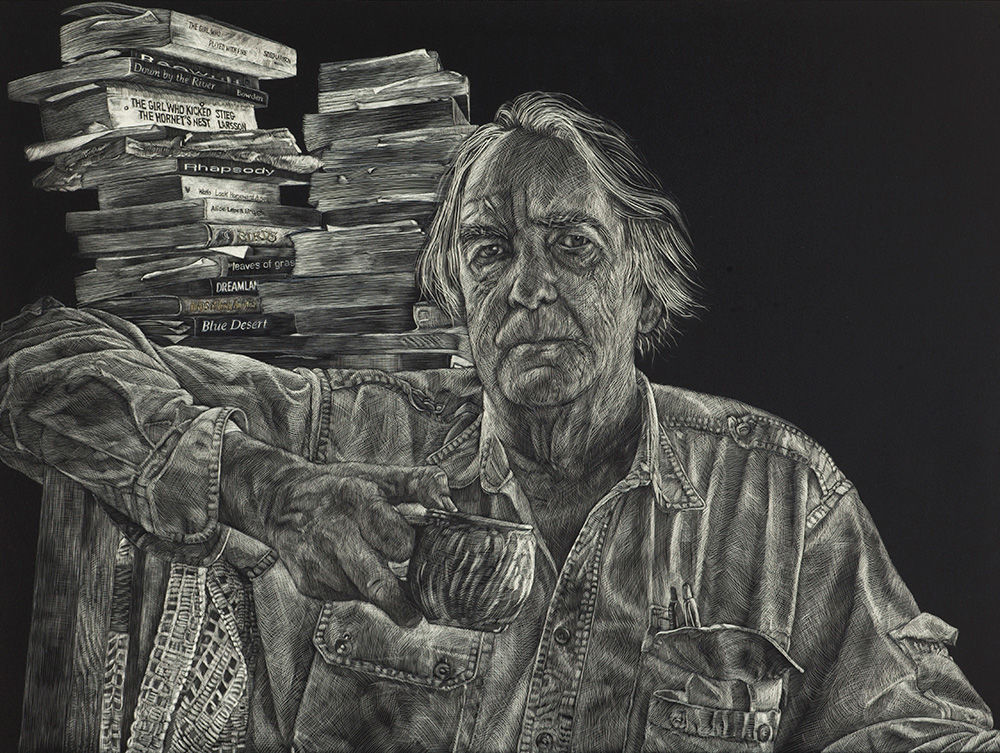 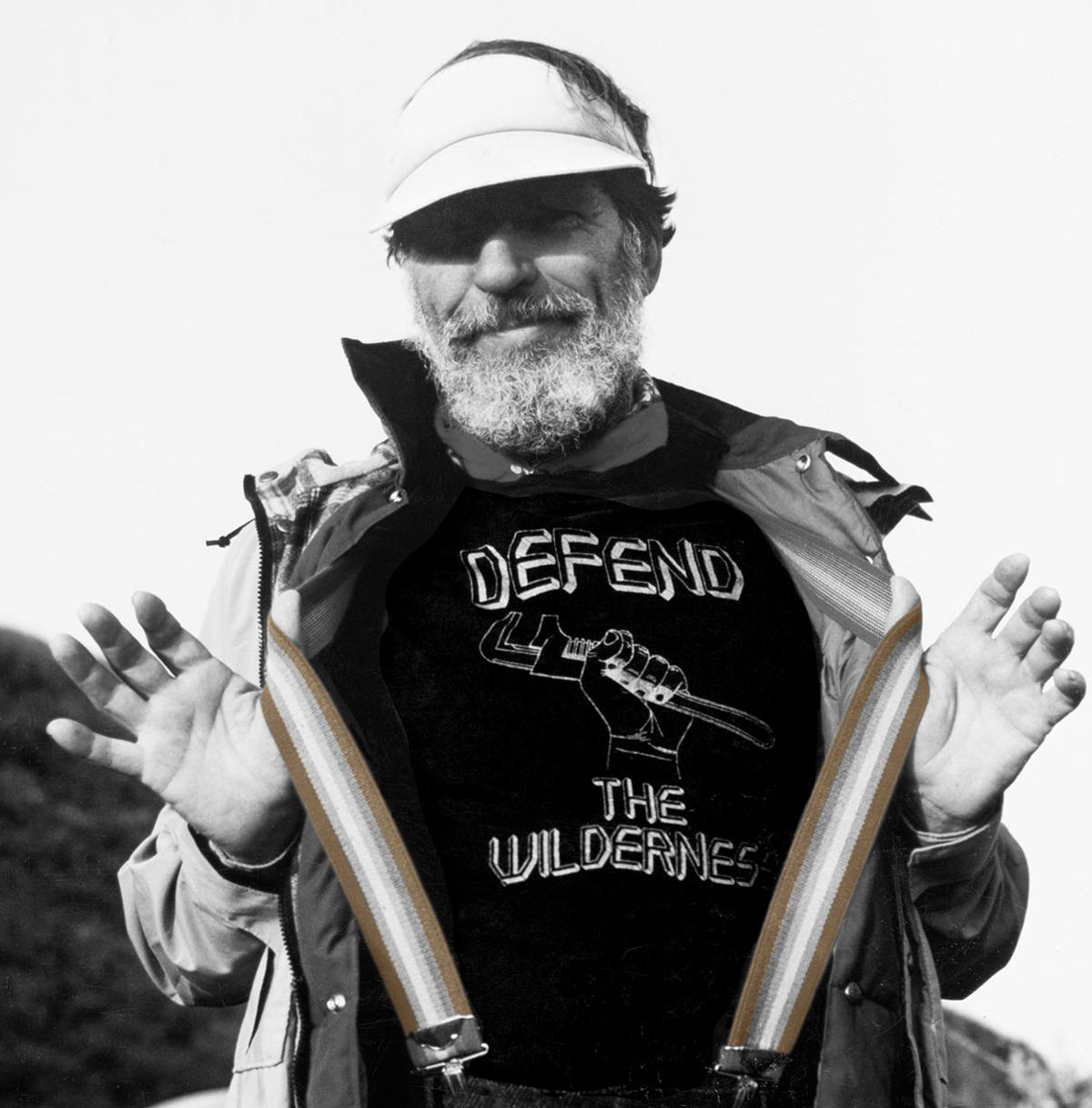 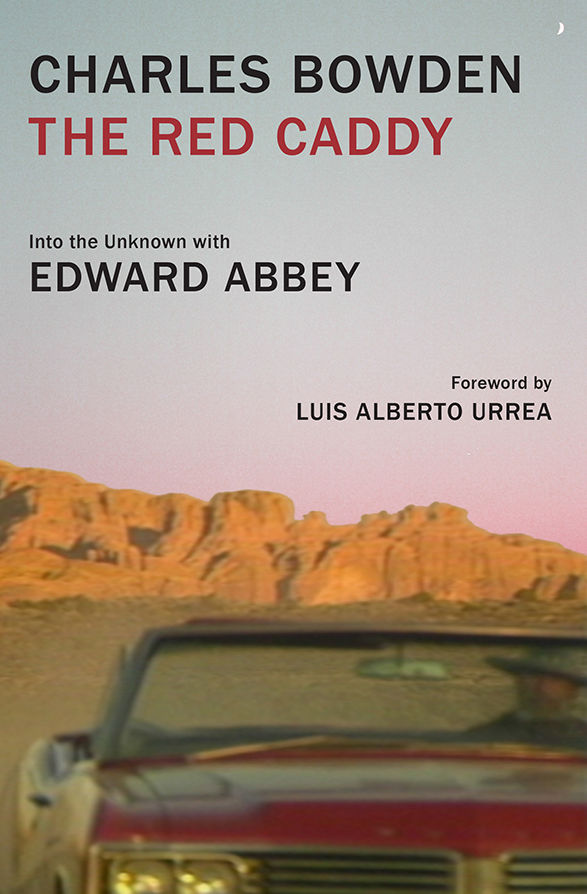 "He created a fairly unusual readership,” Charles Bowden writes of the author Edward Abbey. “Either people have never heard of him or have read everything he ever wrote.” Bowden called the hunger to devour Abbey’s ouevre the “B. Traven Syndrome,” referring to the cult following of the mysterious novelist who is most remembered for The Treasure of the Sierra Madre (1927).

Actually, the works of both Abbey (1927-1989) and Bowden (1945-2014) are subject to similarly die-hard fan bases. Their books might even be filed in the same category — call it desert noir, or anticapitalist eco-adventure, or tales from the borderlands. Abbey is best known for his 1975 novel The Monkey Wrench Gang, which ignited a radical ecological activist movement, and for his meditative Desert Solitaire (1968), a series of nonfiction vignettes that grew out of his experiences as a park ranger at Arches National Park in Utah. Bowden, who lived most of his life in Tucson but died in Las Cruces, was a lyrical journalist known for his lurid chronicles of people living on the edges of the U.S.-Mexico border. His most-read work, Down by the River: Drugs, Money, Murder, and Family (2002), concerns the El Paso murder of a man and his relationship to the drug industry’s feeding tube into major financial institutions, complete with the collusion of the U.S. and Mexican governments. Both Abbey and Bowden fixated on the Sonoran desert: its eternal mysteries, blurred boundaries, roiling violence, and the way its occupants burrowed into and corrupted the land.

In Bowden’s The Red Caddy: Into the Unknown with Edward Abbey — posthumously published this month by University of Texas Press — the author ponders readers’ near-canonization of Abbey, his friend and fellow desert rat, following Abbey’s 1989 death and burial in an undisclosed location in the Cabeza Prieta Desert near Tucson. Writing the book in 1994, Bowden frames the story with the occasion of a conference celebrating Abbey’s legacy. Uncomfortable with the task of having to speak at this luncheon, he dallies in the hotel bar as memories sift over him in interludes. In the book’s introduction, novelist Luis Alberto Urrea writes, “Chuck railed against what he called the ‘Dead Ed Industry.’ … He complained that people who had once drunk a beer in the same cantina as Ed were now claiming to be his best friends, and were offering to take people to Ed’s unlawful burial spot somewhere out there near the Devil’s Highway.” In Bowden’s words, “It’s very depressing to know and like someone and then have them die and be made into a saint.”

Though Bowden decries the Dead Ed-heads as crusty seekers and backpackers congregating in laundromats on the Colorado Plateau, “hunched over reading him while their clothes twirled and soaked,” he too launches into mystic reminiscences of his friend and mentor. These are centered around the totem of Abbey’s fire-engine red 1975 Cadillac Eldorado convertible, a magnificent gas guzzler Abbey bought for himself as a sixtieth birthday present. For Bowden, the car represents the glory of Abbey’s contradictions, hypocrisies, and untenable arguments — and he sees the Caddy everywhere.

There’s more than a little visionary verve, tinged with irony, in Bowden’s memoir. He remembers walking with Abbey along an arroyo one morning as he ticked off the names of the birds that darted into the surrounding brush:

“His head was kind of hunkered down as if he were considering the possibility of a big idea flashing across his mind, and he certainly looked the part with his full head of graying hair, his bristling Old Testament beard, a face that looked chiseled out of hard rock, keenly focused blue eyes, a good-sized nose riding ahead like an ax, and that low rumbling monotone of a voice. Basically, the crazed, lice-ridden, raving, pedestal-sitting anchorite sage from central casting with spittle on his lips and flames shooting out his mouth — until his lusty gaze alights on a pretty girl and the wicked bastard beckons for her to hop into his red Cadillac convertible.”

The book’s most common structures go something like this passage — Bowden exalts Abbey with some particulars, detailing his strangeness, his genius, and the endurance of his work. Then, methodically, he punctures the vision, floating the reader back down to earth to remind us of Abbey’s humanity.

Bowden’s flat assessment of Abbey’s feelings about his own legacy take this unusual, nonlinear memoir further from hagiography. He notes that Abbey lectured him about the need to disguise place names in their writings about the desert, lest human locusts and vultures bespoil these sacred spots. (Bowden, who valued transparency more than his friend, did not take this advice.) Regarding Abbey’s Desert Solitaire polemic on “the industrial tourists and corporate hyenas,” which included the national parks system’s sullying of the landscape with cars and search-and-rescue operations, Bowden writes that Abbey carried “a deep hurt” from the effect of his own published rants. Desert Solitaire, to Abbey, “launched thousands of maniacs into the empty ground and pulverized one of his favorite backwaters of the Colorado Plateau. In many ways, the whole damn book seems to me a curse.”

Bowden does not shy away from the more unsavory aspects of the Abbey story: his sexism (patriarchal gender stereotypes are threaded through his books) and his racism and stringent attitude toward Mexican immigrants, which would not be out of place among Trump supporters. (In Abbey’s published diary Confessions of a Barbarian, he writes, “Am I a racist? I guess I am. I certainly do not wish to live in a society dominated by blacks, or Mexicans, or Orientals. Look at Africa, at Mexico, at Asia.”) Here, too, the red Caddy stands in as a symbol for the baser aspects of Abbey’s nature, “the love of power for power’s sake.” These contradictions made him a man, Bowden seems to say; his petty social prejudices underlined his mortality, but as a thinker he was rooted in a starker, more primal morality. “Beneath all the sexist barbs, the racist wit, the meanness, the pranks, the stunts,” Bowden writes, “he inhabited and consciously expanded a moral universe. One where cleverness and moral standards of success don’t count for much but right or wrong count for pretty much everything.”

Though both Abbey and Bowden wrote extensively about nature, neither wanted to be called an environmental or nature writer. “Edward Abbey did not want to be seen as a nature writer for good and noble reasons: the genre demands unseemly vows more restrictive than joining the Benedictine order,” Bowden writes. Bowden himself told The New York Times in 1991 that he made a publisher remove the word “environmentalist” from the jacket of one of his own books. “Environmentalism,” he said, “is an upper-middle-class, white movement aimed at absolution and preserving a lifestyle with a Volvo.”

The long overdue publication of The Red Caddy is born of the Lannan Charles Bowden Publishing Project, a partnership between the University of Texas Press and the Lannan Foundation to reissue out-of-print Bowden works and publish heretofore unseen manuscripts. His literary estate trustee, Mary Martha Miles, consulted Bowden’s friends and editors about the fates of the eight unpublished manuscripts he left behind in 2014. She said Bowden’s pal and fellow writer Jim Harrison saw the best way forward: “Jim sat down with me and he just said, ‘The only thing an author really cares about — ever — is staying in print.’ And with the University of Texas Press, he would stay in print in perpetuity,” Miles said.

The release of The Red Caddy is concurrent with this spring’s reprint of Bowden’s 1989 book Red Line, which details his investigation into the murder of a Mexican drug dealer outside Tucson and features a new introduction by poet James Galvin. Bowden’s 1991 book Desierto: Memories of the Future, with a new introduction written by Northern New Mexico resident and author William deBuys, is also reissued this month. The Lannan Foundation has provided UT Press with a grant to publish the remaining works in a sextet Bowden titled “The Unnatural History of America.” The first three works — Blood Orchid, for which Bowden won the 1996 Lannan Literary Award for Nonfiction; Blues for Cannibals; and Some of the Dead Are Still Breathing — are set to be reprinted in the fall of 2018 with new forewords. Thereafter, UT Press will release the unpublished final three books in the sextet. Miles said, “Chuck finished the last one — this still makes me cry a little bit — one month before he died.”

Bowden’s book Desierto can be seen as his own coda to Desert Solitaire, in which he offers his own take on life in the desert, reporting both surreally and hyper-realistically on drug kingpins, mountain lions, Seri Indians, Charles Keating, Mexicans, and starry-eyed environmentalists. He dedicated the book to Abbey. The cyclical quality of the relationship between Bowden and Abbey, two writers now perennially circling each other in print, doesn’t end with them. In the foreword to The Red Caddy, Luis Alberto Urrea tells us that he himself drove Abbey’s Cadillac from Tucson to Denver in 1995 after a bookseller bought it. Urrea subsequently published an essay about that experience. The bookseller, Tony Delcavo, recently said he sold the car on eBay a few years ago. The red Cadillac’s current whereabouts are unknown.

The Red Caddy: Into the Unknown with Edward Abbey; Red Line; and Desierto: Memories of the Future by Charles Bowden are all published this month by University of Texas Press.

Though Bowden decries the Dead Ed-heads as crusty seekers and backpackers congregating in laundromats on the Colorado Plateau, he too launches into mystic reminiscences of his friend and mentor.