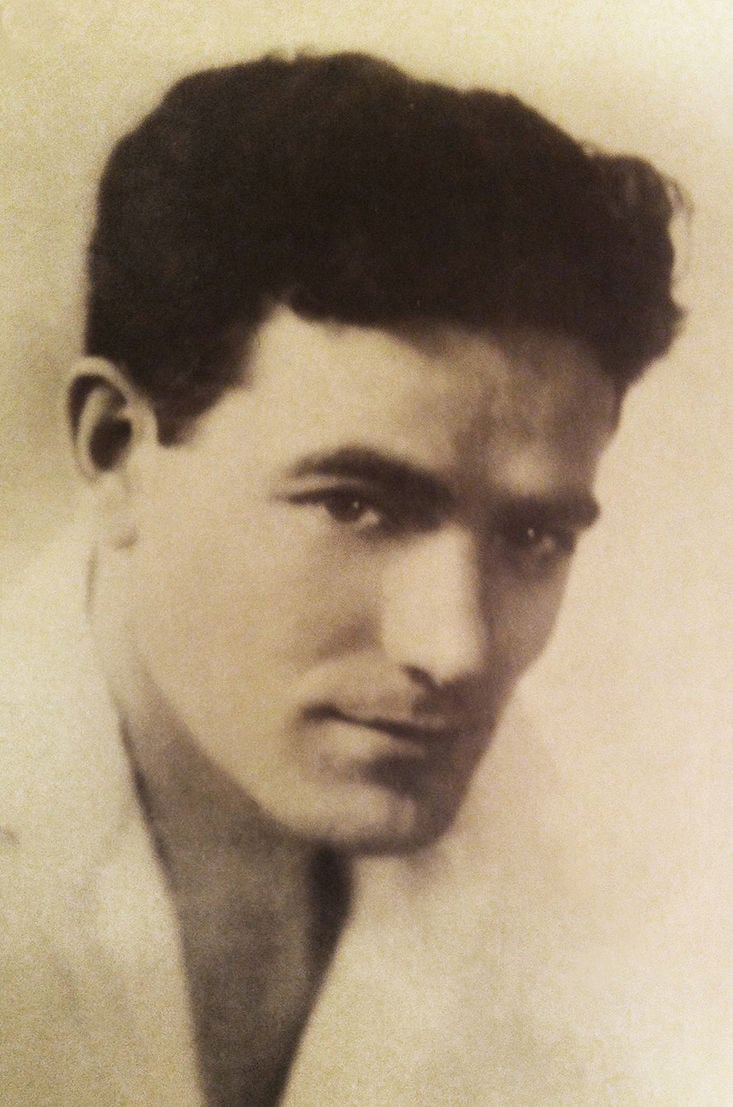 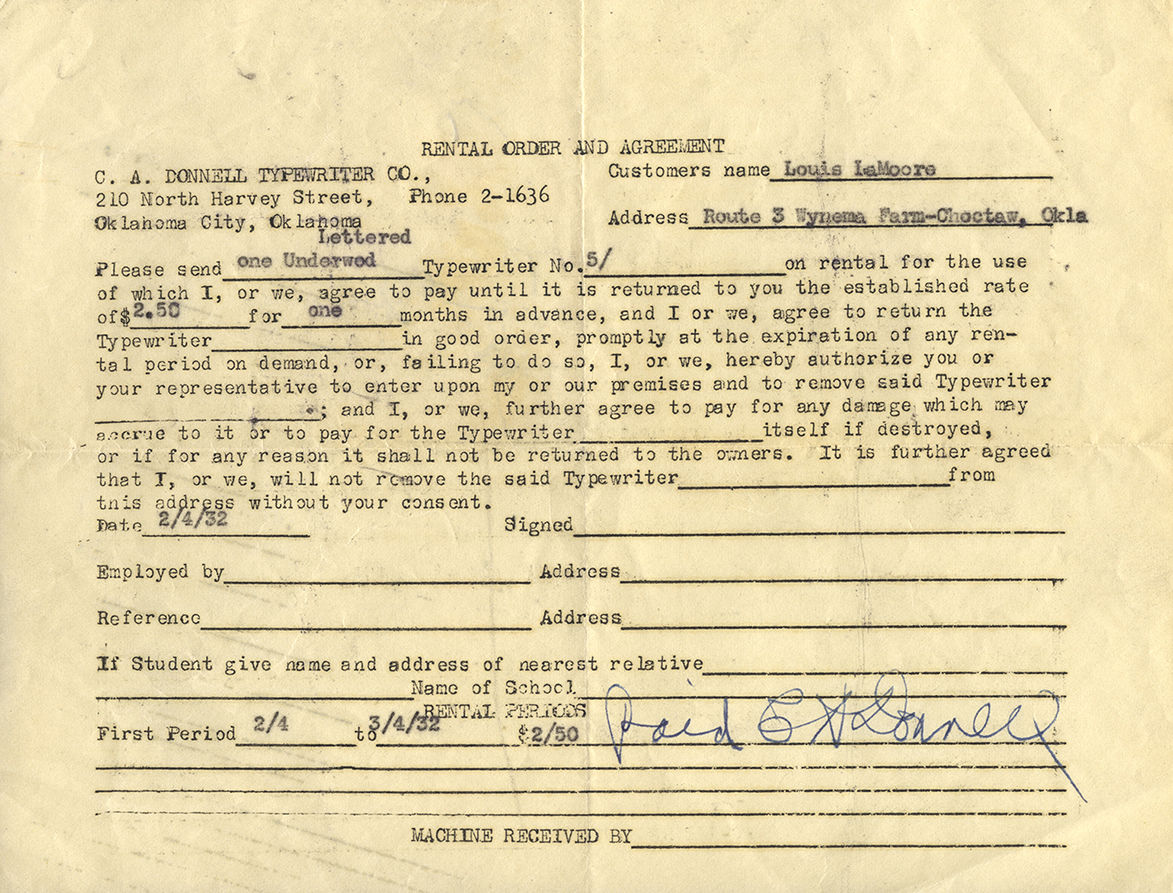 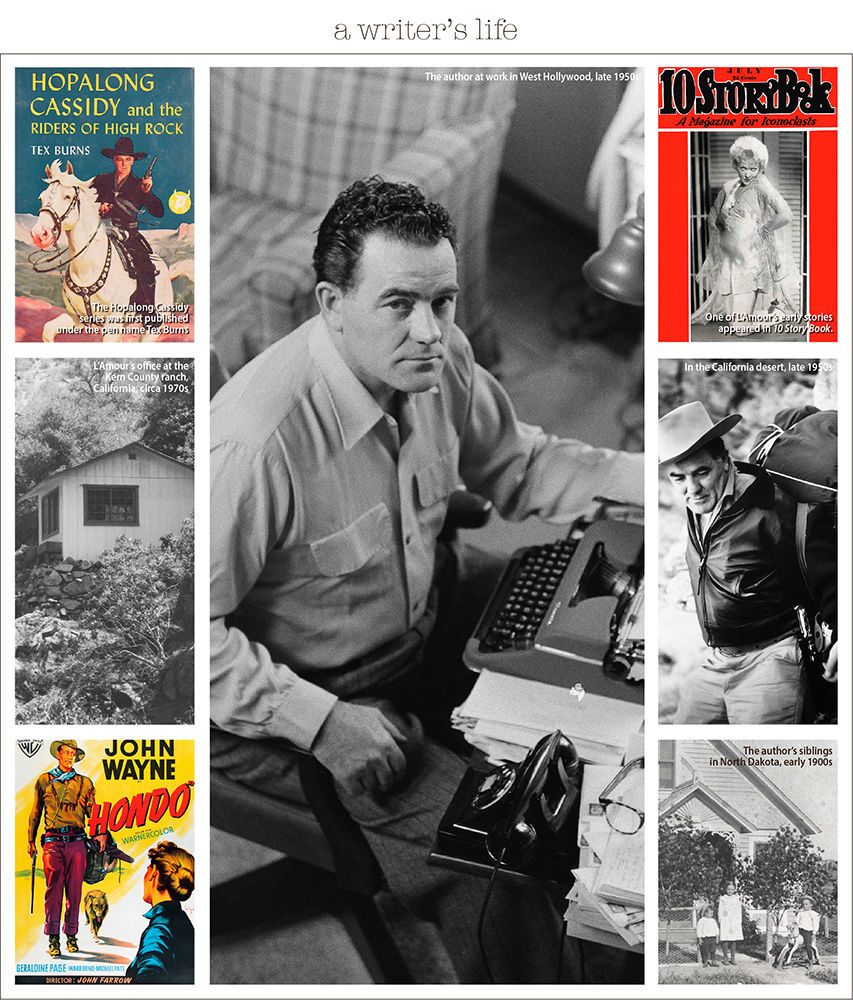 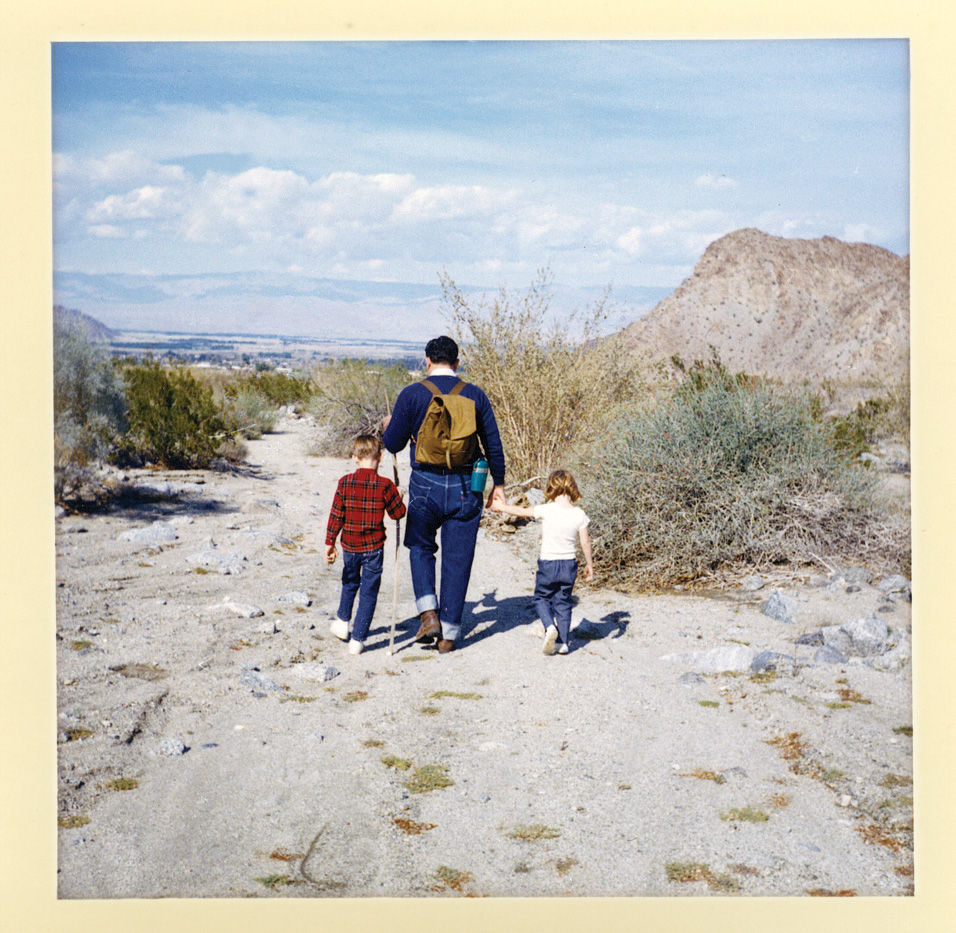 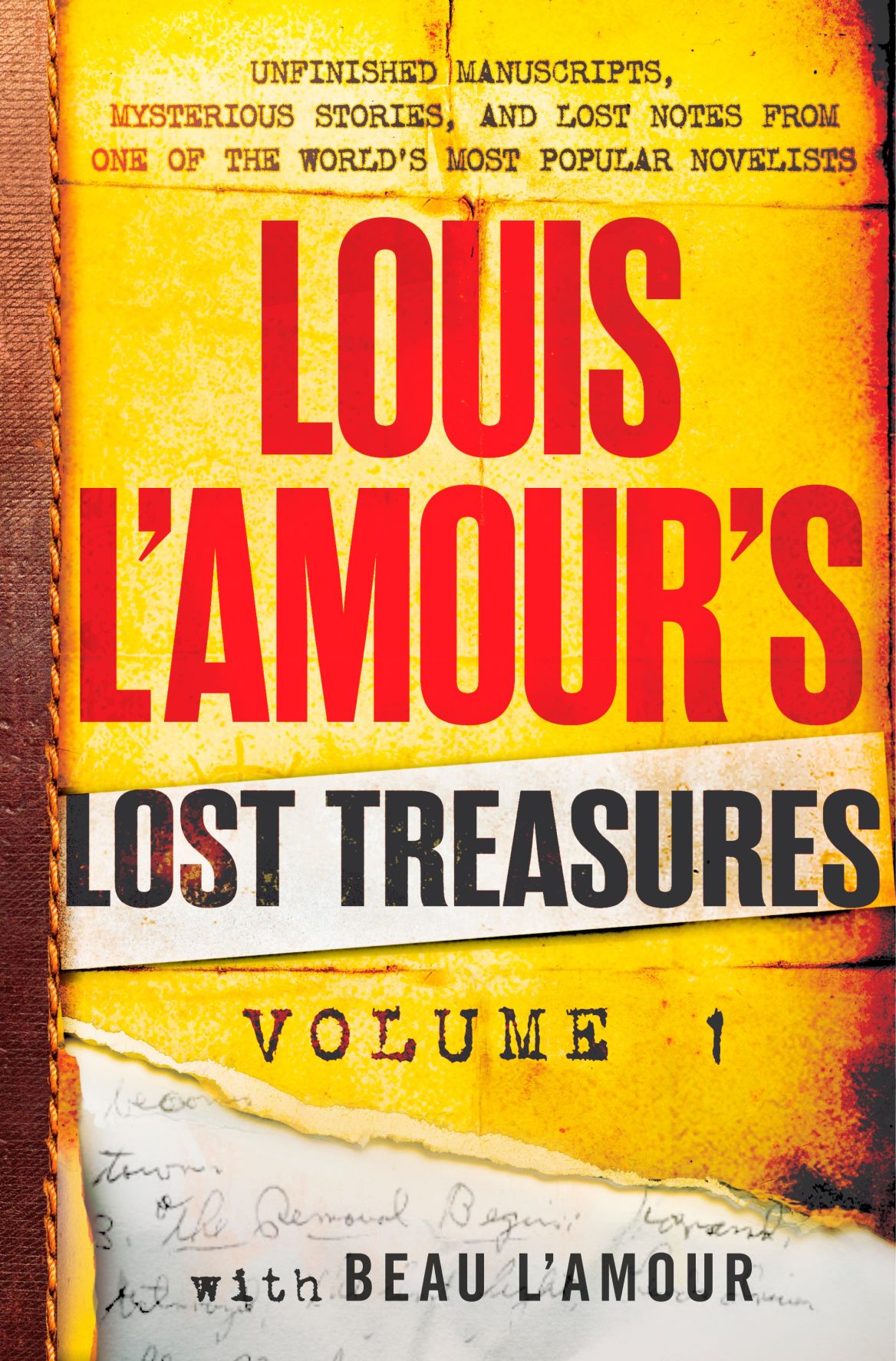 While most readers associate Louis L’ Amour with the Western novels he wrote after World War II, few know that his first published works were actually of poetry. Those were followed by magazine stories of travel and adventure, based on his peripatetic life as a sawyer and miner, hobo and prizefighter, merchant seaman and soldier. Then, after decades of prolific obscurity, his big break finally came in 1953 with release of the John Wayne film Hondo, adapted from his short story “The Gift of Cochise.” By the time of his death (from cancer, at age eighty) in 1988, Louis L’ Amour had published 91 novels and over 200 short stories, had earned both a National Book Award (in 1979) and a Presidential Medal of Freedom (in 1984), and had sold over 200 million copies of his books worldwide. Today, with translations in more than 20 languages, that number approaches an astonishing 330 million.

His impact on the genre, and on today’s Western novelist, is less easily quantified. Santa Fe writer Johnny D. Boggs, a seven-time Spur Award winner from the Western Writers of America (WWA), said, “They say he wrote as if he were at a campfire or sitting on a stone, telling a tale. He made the land a character, and his descriptions are usually dead-on. I’ve never opened a Louis L’ Amour novel that I stopped reading until I was finished. And that says a lot about his skill and talent.” According to Kirk Ellis, president of WWA, “Louis L’ Amour probably did more to popularize the Western novel than any writer before — and many since. He casts a very long shadow. In the minds of many readers, the Western and Louis L’ Amour are synonymous.”

Whether you’ve read the entire L’Amour canon or know him only as a name glimpsed on a bookstore shelf, Louis L’ Amour’s Lost Treasures, Volume 1 — a compendium, published last fall, of unfinished manuscripts, treatments, notes, and other L’ Amour ephemera, all of it edited and extensively annotated by L’ Amour’s son and estate manager, Beau L’ Amour — provides a compelling glimpse into the mind and method of the man who’s rightly been called America’s storyteller.

“Lost Treasures grew out of the material I was organizing for a much more comprehensive Louis L’ Amour biography,” Beau said during a phone call from his home in Los Angeles. “I have always wanted to make Dad’s papers available to the public rather than allowing them to be locked up in a library somewhere, accessible only to scholars.”

As Beau cautions in the introduction to the book, however, “This book may drive you crazy.” That’s because the bulk of the material — 16 of its 21 entries — consists of the first few chapters of novels or stories that L’ Amour simply stopped writing, sometimes in mid-sentence. But before you dismiss the entire effort as crass exploitation of authorial detritus, it’s important to understand the reasons for his abandonment of these texts. L’ Amour, it seems, yearned to expand his brand beyond the horse-opera Western for which he was celebrated. “As this book will show, some of his most interesting material came to a halt after a few pages or a few chapters,” Beau writes. “In some ways, this is the archive of his most ambitious work ... and, of course, that is why it was difficult to write. In my opinion, what Louis was unable to complete is often more revealing than what he did complete.”

More revealing, indeed. Who knew, for instance, that L’ Amour was deeply spiritual and fascinated with the subject of reincarnation — an idea that, Beau writes, his father “experimented with in different forms for nearly 30 years”? With a chapter titled “Samsara,” Beau shows us several beginnings to a mystical novel of adventure centered on characters who, “at some point in their lives, realize that they have been reincarnated and that the knowledge from their past lives can be recovered.” In a plot that hews more closely to Philip K. Dick than Zane Grey, these chosen few, reborn over the course of centuries, come to recognize one another and to fulfill their manifest destinies.

This, clearly, is not your father’s L’ Amour. Take, for another example, “Jeremy Loccard,” a story that, while Western in both setting and sensibility, is actually a tale of supernatural horror. Or “The Golden Tapestry,” a treasure-quest novel of Turkish intrigue. “A Woman Worth Having,” “Where Flows the Bangkok,” and “Jack Cross” are all swashbuckling tales of foreign adventure, while “Java Dix,” “Citizen of the Darker Streets,” and “China King” are classic hard-boiled noir. Many others, of course, are quintessentially Western, including “Shelby Tucker” — perhaps the highlight of the collection — a beautifully crafted fragment that showcases some of L’ Amour’s finest writing.

Both as epistemology and entertainment, Lost Treasures belies and affirms critical aspects of the Louis L’ Amour legend. Those who believe that L’ Amour never outlined or revised his work will be surprised to see clear evidence of both — as, for example, in “Johnny Banta,” in which Beau gives us three different beginnings to the same Western novel, or in the various synopses and treatments that appear either separately or alongside their accompanying texts. Conversely, the truism that the writer “loved beginnings,” as his son writes, is on display throughout the collection, in which gems like, “When I opened the door he was sitting there with a gun in his hand” (“China King”), or “There is a canyon in the Altyn Tagh, far west of Sukhain-nor, from which, in a thousand years, no man has ever returned alive” (“Journey to Aksu”), catapult the reader headlong into an adventure that, though maddeningly brief, yields quickly and often seamlessly to another.

Why, then, did L’ Amour give up on such promising material? The answer lies in part with his own limitations — with what Beau calls his father’s “failures, weird ideas, and dreams he couldn’t quite fulfill.” But that’s only half the story. It seems that once he’d made the transition from short stories to novels, sometime in the ’50s, the aging vagabond — now with a wife and a mortgage and two children to support — felt compelled to sell three or four titles per year. And what sold for Louis L’ Amour was Westerns.

“His success, though long in coming, was also limiting,” Beau writes. His father felt trapped. “Trapped in the Western genre. Trapped by his own success.” But if L’ Amour believed that his loyal fan base wasn’t quite ready for sci-fi or noir, he at least had begun, sometime in the ’70s, to explore the boundaries, both temporal and geographical, of what might still be considered a Western.

“Dad often joked that if a novel was written about the 19th century and set west of the Mississippi, it was labeled a Western and deemed inconsequential by the critics, yet if it was set east of the Mississippi, it might be thought of as a historical novel, and be taken more seriously,” Beau writes. Three examples of this paradox are the chapters titled “Trail of Tears,” “Louis Riel,” and “Vanderdyke.” Each comes rimed with the frost and dust of the rugged frontier, yet all evidence the sort of deeply immersive research that is found in the best historical fiction. (L’ Amour, an autodidact, amassed a personal library of more than 10,000 books in his lifetime.)

Here, then, is a Louis L’ Amour both familiar and entirely new; a writer whose powerful gifts are shown to translate easily over a multitude of subjects and settings but who — ironically, for a so-called “frontier novelist” — was loath to stray too far from the path he’d so often, and so successfully, trod.

Happily, Lost Treasures affords readers both a peek at the cutting-room floor and a portrait of the man behind the typewriter — even if that typewriter sits in the middle of Sunset Boulevard, as it once did for a German magazine photographer who was seeking to illustrate L’ Amour’s famous boast that he could write his novels anywhere. Not only did L’ Amour finish a half-day’s output during the shoot, as Beau recounts, but a motorist who was aware of the novelist’s prolific output actually stopped, leaned out his window, and shouted, “You’ve got to be Louis L’ Amour!

By the time of his death in 1988, Louis L'Amour had published 89 novels and over 250 short stories. There are currently more than 320 million copies of his books in print.

One of L'Amour's very early stories, "Death Westbound," was published in 10 Story Book, considered the Playboy of its day.

L'Amour's total sales surpass every other author of Western fiction in the history of the genre.

Every one of L'Amour's works is still in print.