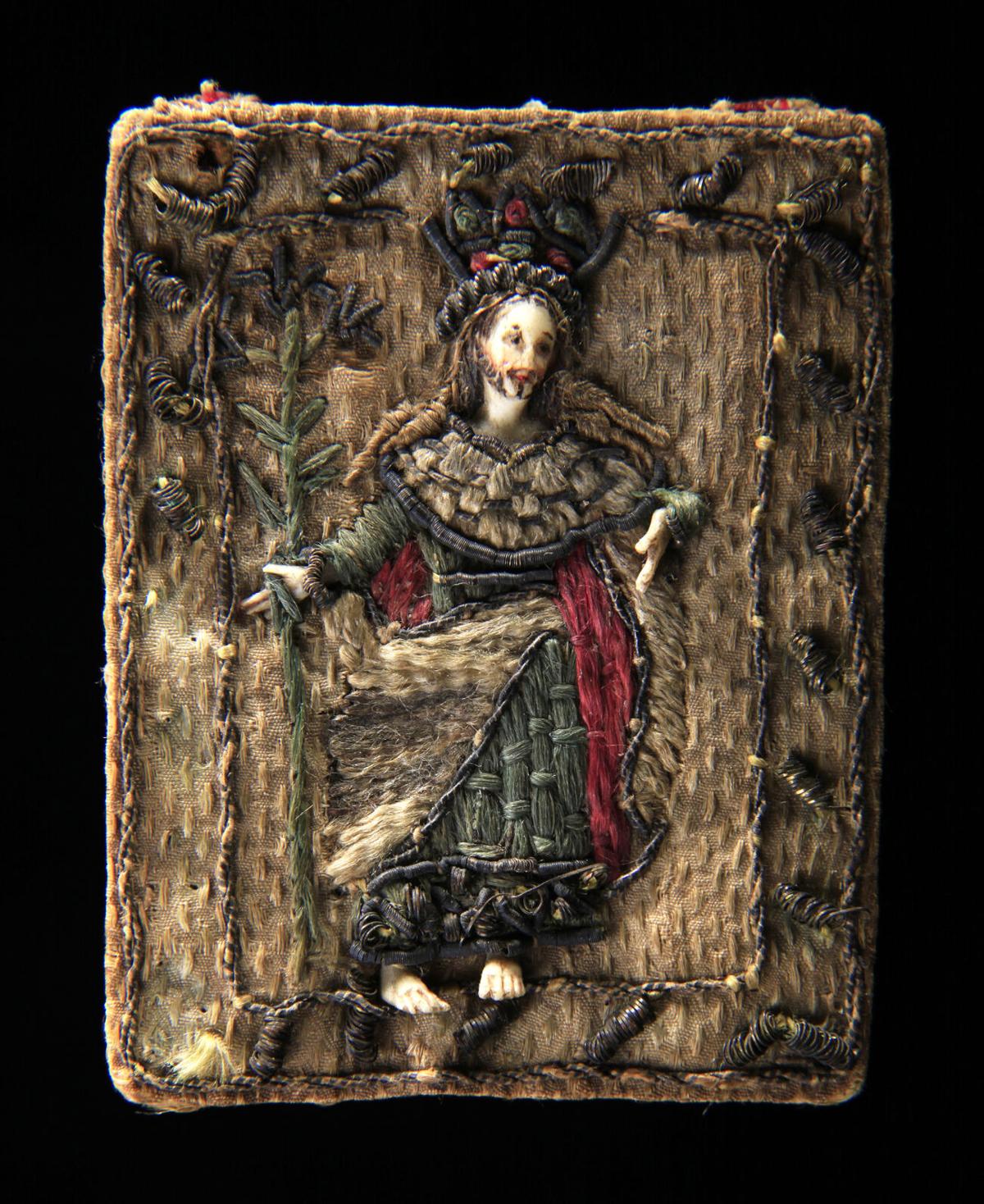 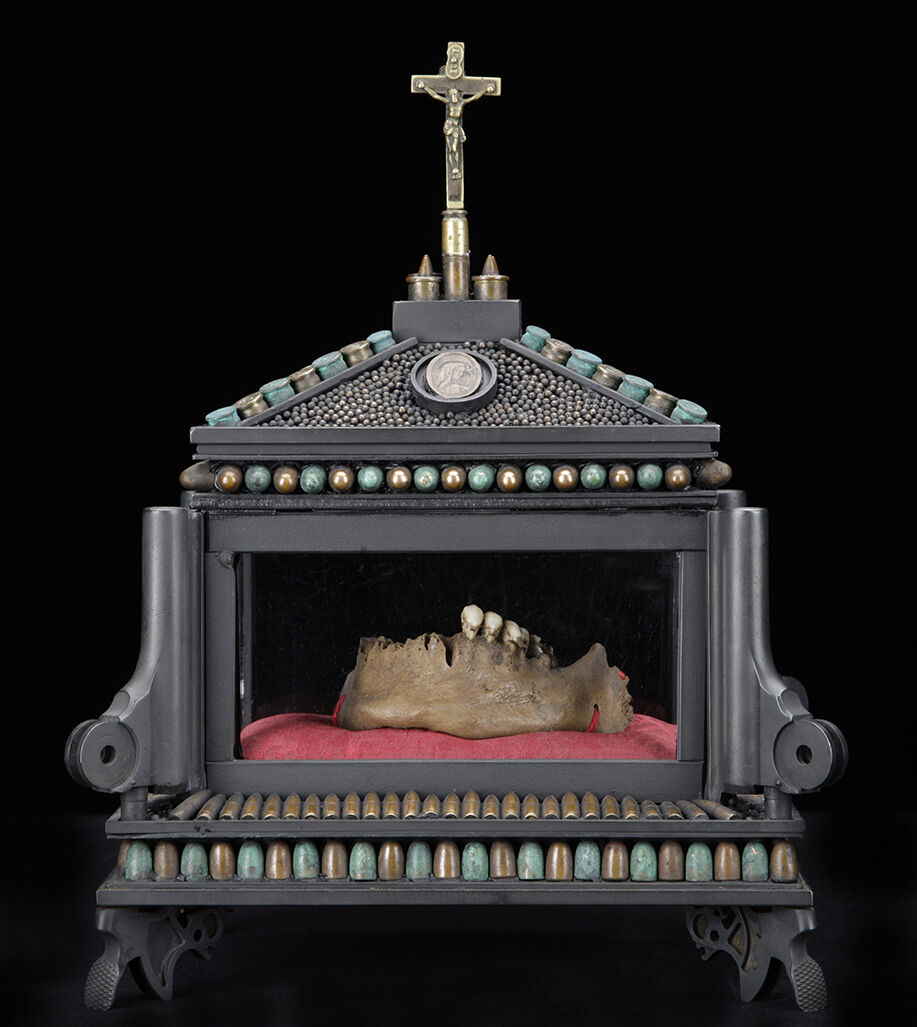 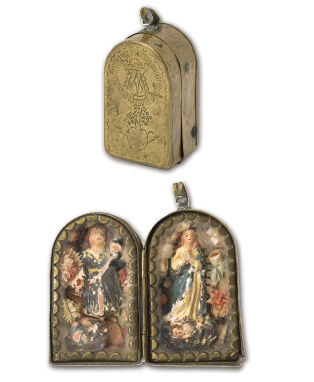 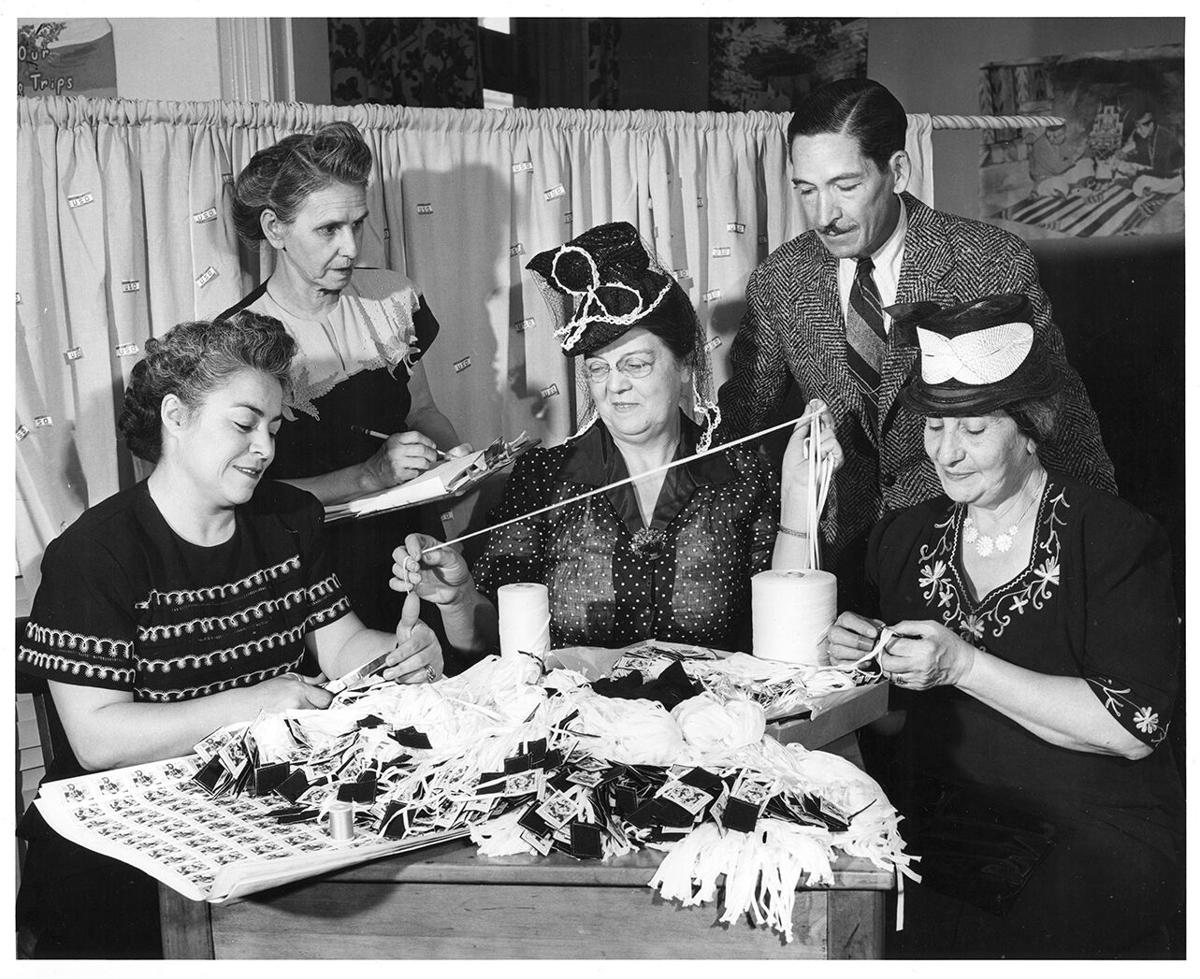 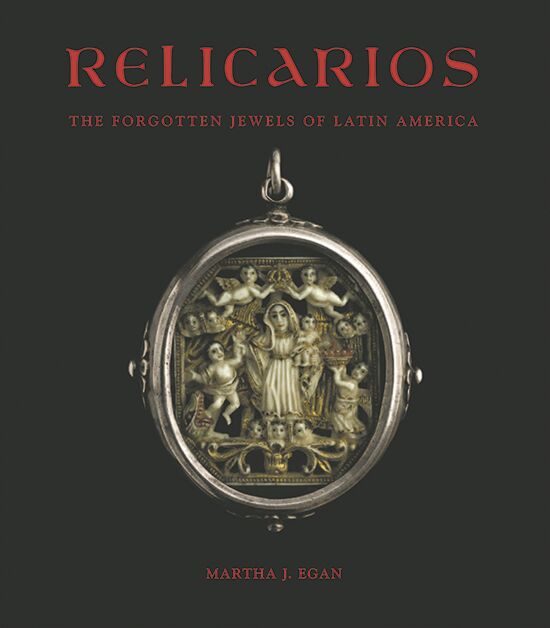 Martha J. Egan first encountered relicarios in an antique store in Lima, Peru. She was intrigued by the miniature portraits of saints in silver frames. The shop owner told her the paintings dated to the 18th century, so Egan bought them — only to discover later that they were reproductions.

“That’s the nature of the beast,” she says. “When you’re buying for yourself and for other people, you better know what you’re looking at. But I was intrigued. I started to learn more and more.”

Relicarios are small, two-sided religious amulets, worn around the neck by the faithful to honor the saints and pray for safety during difficult circumstances, such as famine and natural disaster. Relicarios’ European cousins, reliquaries, actually contained relics — usually a fragment of bone, teeth, or hair purported to be from the body of a saint. When the tradition came to the Americas in the 16th century, however, the term became largely symbolic. Royalty wore relicarios with real relics, but most had only images of saints.

Egan, 75, has a large personal collection of relicarios, and she sells them at her Latin American folk-arts store, Pachamama, which she’s owned since the 1970s (4829 Corrales Road, Corrales, casapereaartspace.com). She’s traveled to Mexico, Guatemala, Colombia, Ecuador, Peru, Bolivia, Argentina, Brazil, and Puerto Rico on buying and research trips over four decades, and she has lectured internationally. She’s the author of Relicarios: Devotional Miniatures from the Americas (Museum of New Mexico Press, 1994) and Relicarios: The Forgotten Jewels of Latin America (Fresco Books, 2020, 175 pages, $75).

Egan has been a research fellow at the Museum of International Folk Art since 1991 and recently gave a talk there about her travels and her new book. She spoke with Pasatiempo about the religious and spiritual function of relicarios, as well as who made these objects of devotion.

Pasatiempo: What does a relicario look like? What does it contain?

Martha Egan: It’s a small size for a pendant, a couple of inches. It has two sides, and an image — either a print, a painting, or a sculpture in a variety of different mediums. Both sides are covered in glass, and it’s framed in something as ordinary as tin, [but they could be made from] silver or gold, and sometimes they were covered in jewels or enamel. Men and women wore these on their chests. As time went on and the move toward independence [from Europe, starting in the late 1700s] grew, men were not wearing them in public. They gradually fell out of fashion.

Pasa: Are there differences between relicarios, milagros, and other kinds of religious amulets?

M.E.: They are all sacramentals — things that help people in their religious practice. Milagros are to thank a saint or to implore a saint for help with a sore arm, or a leg, or something. The milagro is an effigy of whatever your concern is. Relicarios are to honor the saints and to ask them for help. People really believe that they protect you. I call them relicarios because they come from the tradition of honoring and wearing relics. Some people just call them medallions.

Pasa: Why is it that most relicarios didn’t contain actual relics?

M.E.: Around 1500, Europeans sail to the Caribbean, trying to find a way to reach Asia. At that time, everyone in Europe wore relics. It was a major art form. So, it was part of that culture that then came with the Europeans to the Americas. The whole relic trade was just amazing. Ships came from Europe to the Americas with tons of saints’ bones. Relics were required for the consecration of the church. That was part of the reason for the relic trade. But in the Americas, the only people who were really entitled to wear relics in their relicarios were the elites.

Pasa: Were relicarios without relics or jewels considered less powerful?

M.E.: For a religious person, being able to look at a picture of St. Joseph [was enough]. That was your guy to go to for problems at home or something like that. Whether it’s a cheap little print, or a beautiful painting in oils, or an exquisite carving in ivory, the purpose is identical. In terms of religious practice and belief, it doesn’t matter. A relicario is a tool, like a rosary or a crucifix is a tool. Like a screwdriver is a tool. They’re meant to inspire your religious faith. And if they save you from a terrible car crash or something, that’s just icing on the cake.

Pasa: In the book, you mention that relicarios were often made by enslaved people — Asian, African, and Indigenous peoples in the New World among them. Maybe it’s because painting and carving are highly skilled, creative activities, but it was surprising that these religious objects were made under oppression.

Pasa: Do you know if these enslaved artisans had a religious or spiritual connection to what they were making?

M.E.: I think, as in many aspects of culture, they integrated what they were getting from the Europeans. People are pretty practical. One of the most important phenomena in Latin America [from the 1500s on] was this incredible migration of people, whether they were enslaved or whether they were European immigrants. The phenomenon of syncretism is one of the most important things: People, customs, and objects came from Europe and mingled with people, objects, and customs in the Americas. The resulting culture is neither European nor Native. I wouldn’t dream of saying there’s no racism involved in all of this. There’s plenty of it — or cultural superiority and inferiority. But I take a little broader view of all of it. There was an exchange, no matter how uneven. Each cultural class was enriched by the others. To put it in a very simplistic manner, it’s not a black-and-white issue.

Pasa: In the book, you call yourself a “recovering” Catholic. Did you grow up in the church?

M.E.: I had eight years of Catholic grammar school, with nuns, and four years of all-girls Catholic high school, also with nuns. I completely respect people’s Catholic orthodoxy and all of that, but it’s just not my thing.

Pasa: Given your feelings, why do relicarios appeal to you?

M.E.: I love folk art, and I know what relicarios were for, even though they have passed into the world of art. There are some relicarios that are very crude, just a tiny, not-very-well-done print, and maybe it’s in a tin frame or something. For me, [a tin frame] may be more interesting than something that’s dripping with gold and pearls.

Pasa: Does anyone still make relicarios?

M.E.: They’re an antique medium. But there are still some painters, and there’s been a bit of a revival of the art form. People most typically bought them, and still do today, at pilgrimage sites. One of the main pilgrimage sites in Latin America is on the shores of Lake Titicaca, between Peru and Bolivia. Long before the Spaniards came, people came [to this ancient pilgrimage site]. The people there paint [relicarios] on mother of pearl. Some are the size of a fingernail.

Pasa: How many relicarios do you have in your personal collection?

M.E.: Between 250 and 300. They’re in a safe place. When I’m gone, they’ll go to museums. The real ones are very hard to find. Even in Latin America, they’re expensive.

Pasa: Where do the pieces in your collection come from?

M.E.: When you’re looking at something that has not really been specifically written about all that much, it is very helpful to look at a variety. And then you start to see the similarities and the dissimilarities and get a sense for where they come from. There are some that it’s hard to tell where [they’re] from. The migration from Spain continues to this day, and the migration from Europe. They’re family heirlooms.

Pasa: So, where you find them might not be where they originated?

M.E.: Like with anything. When you find something like [a silver cup] in South America, it could be English, Russian. Things move around. When people move, they take what’s most precious with them, if they are able to do so. ◀